This unbelievable event happened when Erin Brown was driving on a highway, taking her son Gavin to a birthday party. There was another car in front of them, and Erin saw someone opened the window and threw a cat out of the car. As she was shocked, she screamed and stopped the car immediately. When she stopped the car, Gavin ran out of the car and signaled incoming traffic to stop so he could get to the cat and save it. 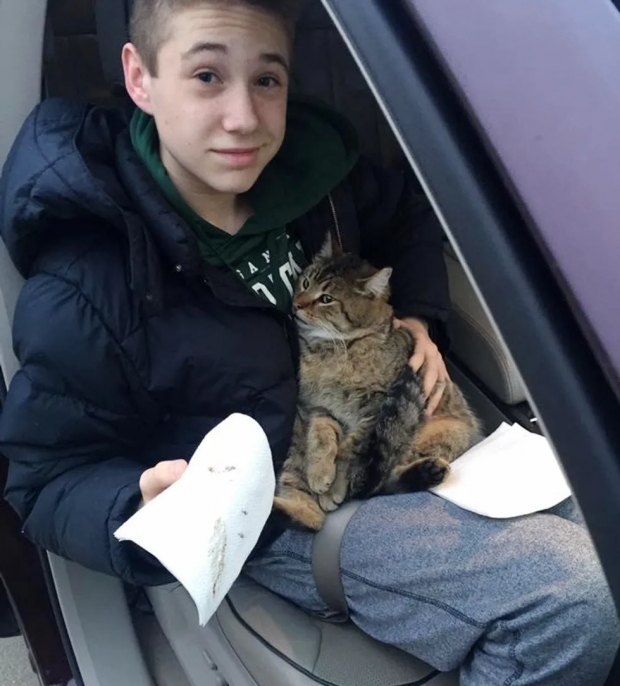 “We saw the poor cat slam the pavement and rush all over the highway. He managed to run to the overpass right by me and jumped on top of it about to jump down,” said Brown. Gavin managed to reach the scared animal and take it. “I was very confused and shocked since I both witnessed someone threw a cat out of a moving vehicle on 196 and my son flew out of my car onto the highway and dived into an overpass to rescue the cat.” 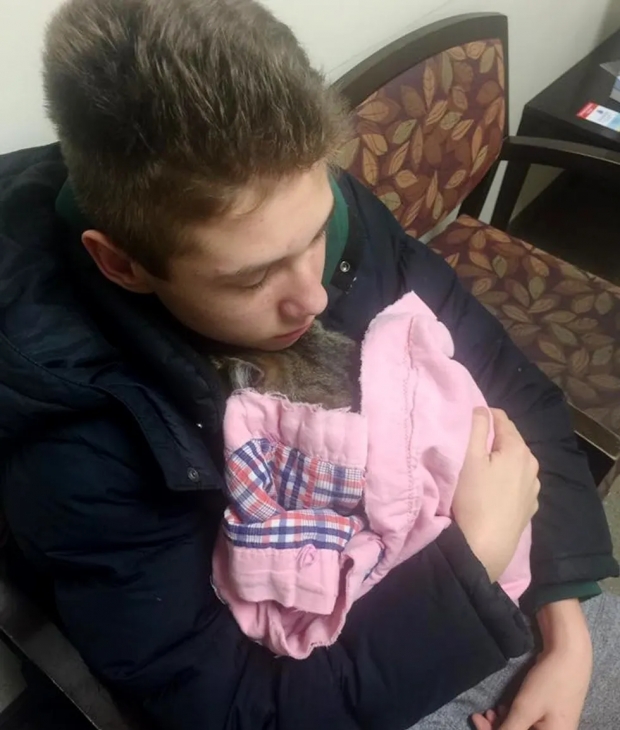 Naturally, the poor cat was very scared and gasping for air. His nails were torn off while he was trying to stick to the pavement. “He hid in Gavin’s arms and Gavin held him tightly and just kept petting him softly to gain his trust.” 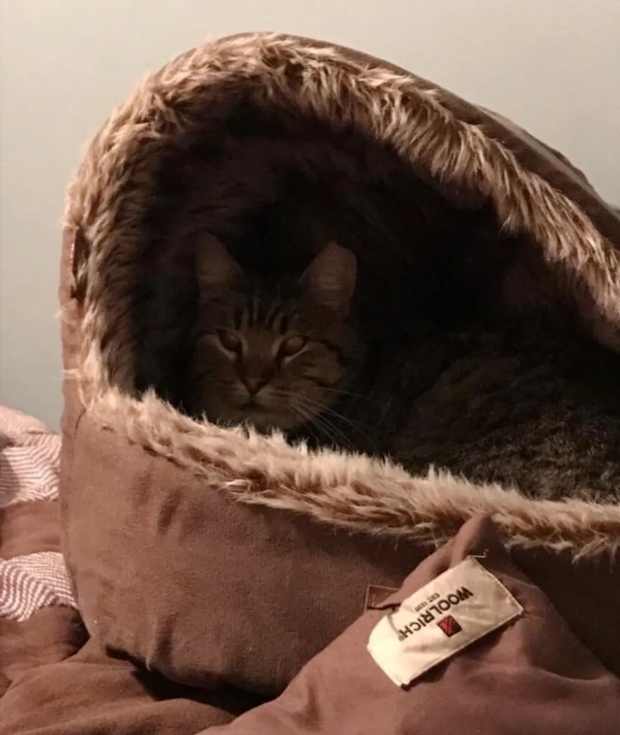 They took the cat, Lucky, to BluePearl Animal Hospital, and the staff there took care of him and gave the poor animal some painkillers to help with his pain. “Gavin didn’t want to let go of his new companion. He was very shaken as he saw what happened to the cat and they had this instant connection.” A couple of days later, someone heard about their story on Facebook and offered to pay for most of the cat’s medical bills. The kindness of this stranger got Gavin so emotional that he even started to cry. “He also added, ‘I’ll also give an extra $63 I have to pay for my new cat to go with that to get us closer to the total.’ I just felt extremely grateful,” said Brown. 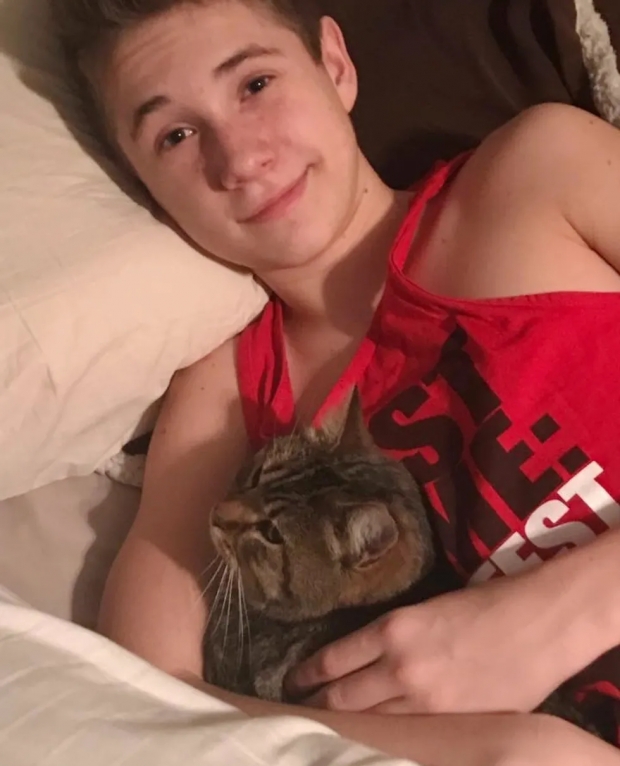 Lucky seems to be doing great in his new home. Gavin and Lucky quickly became best friends. “Lucky knows he owes his life to Gavin and thus, they have this very strong bond that I cannot even describe,” Brown said. “Lucky is an extremely cute kitty. He is well-mannered and playful and just very charming!” Our hero, Gavin, really loves animals and he always wanted to be a veterinarian. We can say that he has a bright future if he indeed decides to choose this as his profession. Don’t you agree?