Senior prom is thought to be the pinnacle of high school and a very important night for many students since it gives them the opportunity of looking and being ‘extra’ while celebrating the near-end of their teenage period before being thrust into college and/or the real world. You see a lot of pictures and videos from teenagers that are willing to show how much fun prom can be, and some of them really melt your heart while others put a smile on your face since they are absolutely hilarious. Even though proms are fun, finding a date for the prom can be a very hard and painful experience that may end up in heartbreak, groups of friends going together to the prom, or some other amusing things such as the story we're going to tell you about here. This student named Sam Steingard was ready for his prom but he didn't have a date. He couldn't find one either. This might be heartbreaking for many people, but Sam isn't one of those people. Sam had a Plan B and it was the most perfect Plan B ever! 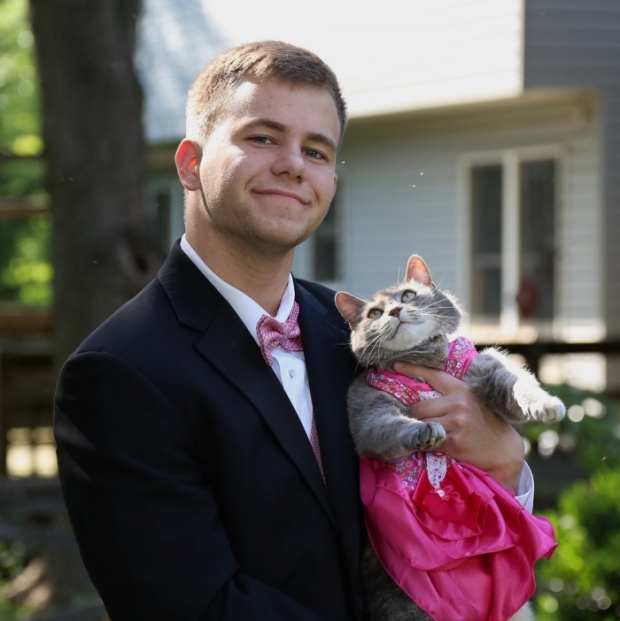 1-Sam decided to take his cat Ruby to his prom.

Sam's sister Caroline Steingard said "My brother took our cat to prom, and my mom buy her a dress so that Sam would have adorable prom photos with Ruby!" Caroline absolutely loved the idea and her brother's photo with Ruby so she shared it on Imgur, and not surprisingly, it quickly went viral. 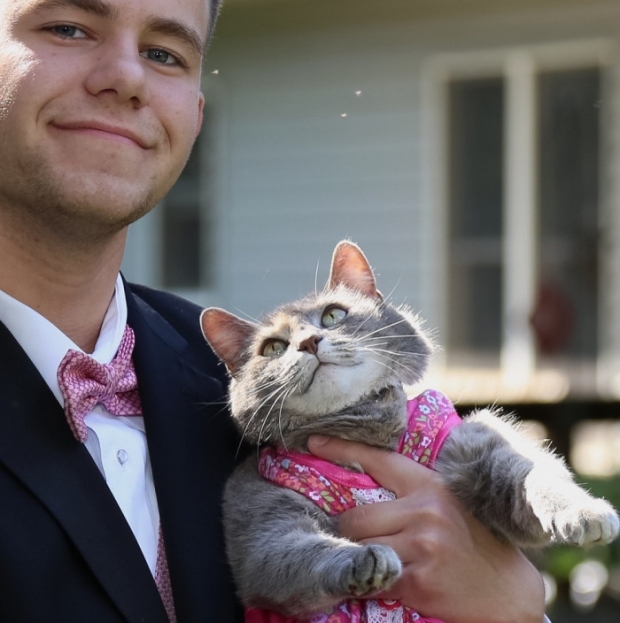 2-Just look at the way Ruby looks at Sam in the photo! This right here is true love!

Caroline gave the details of Sam's relationship with Ruby: "We named the cat Ruby since she was found behind a Ruby Tuesday's restaurant 10 years ago." She also wrote that she and her brother grew up with Ruby and she is a very sweet and affectionate cat that's loved by everyone in their neighborhood. 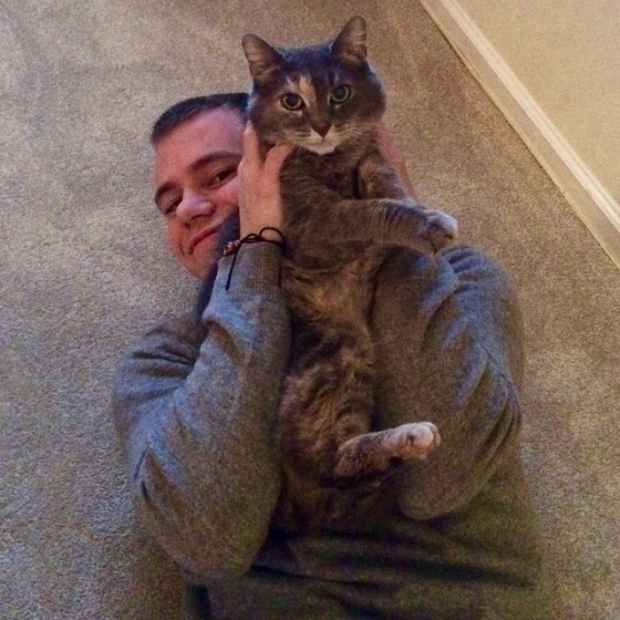 3-Caroline also stated that Ruby used to walk with her to school when she was a child and then she would turn back home but came again when her classes were over to meet her. Just like many other cats, Ruby also enjoys cuddles, being held and petted while she purrs with joy. 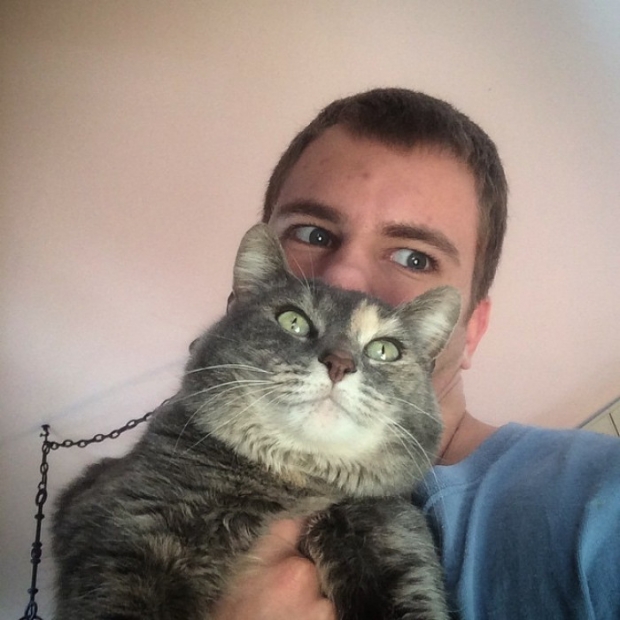 4-"She loves Sam in particular as he enjoys talking to her in a baby voice and he will give her treats every now and then." 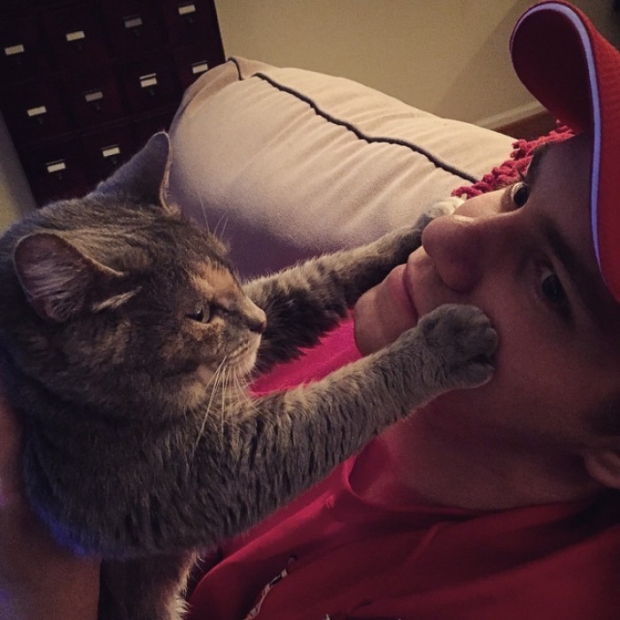 5- But there is more... "Sam also built a little cat fort for her using a cardboard box and an old t-shirt since he had time during his summer break. She actually has a very expensive heated cat bed, but she prefers the homemade cat fort." 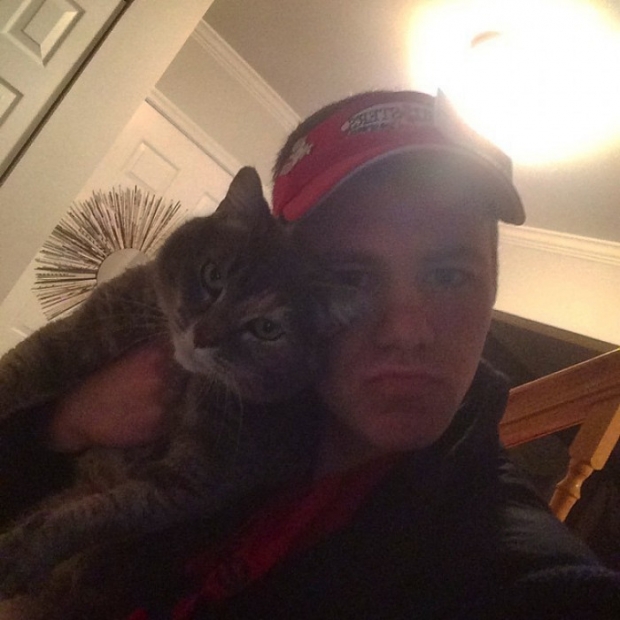 6- Since the adorable prom photos were shared to the amusement of the internet, both Sam and Caroline have graduated high school. Even though they went away from their home for college, they can hardly wait for the days they come back home for Ruby and having some quality time with her while snuggling up. 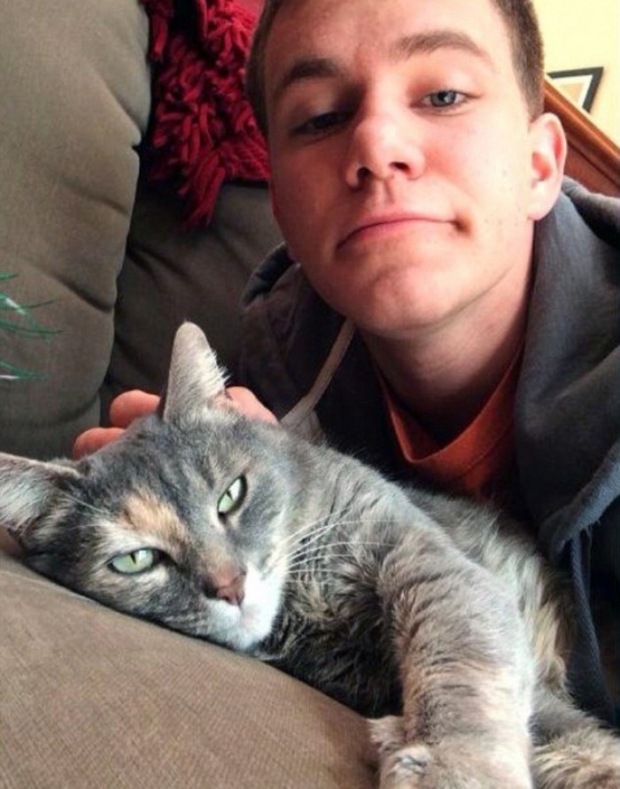 7- You really appreciate the moments you get to share with your loved ones when you're away from them after all, right? 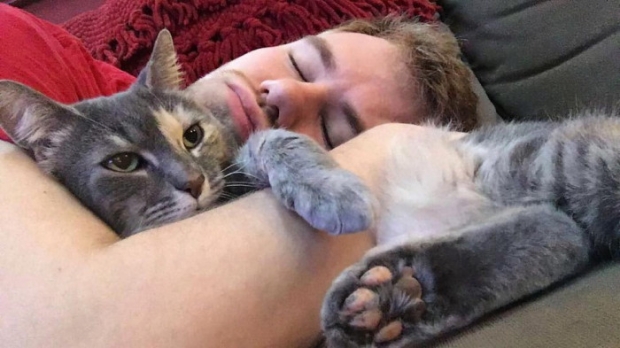 8- Thanks to Caroline, we have an idea when it comes to the perfect prom couple now! They now have 5k followers on Instagram,but we think they deserve many more, don't you agree? 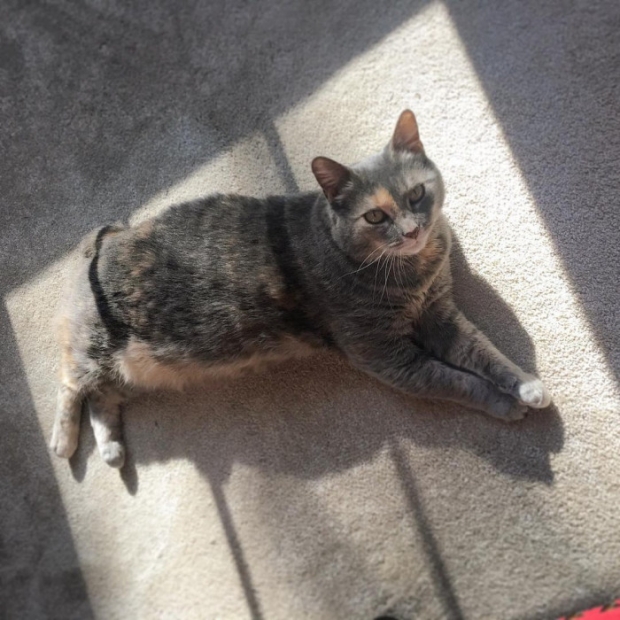