Cats are nocturnal animals. So, they spend their days sleeping roughly 12-16 hours a day while they get very active and energetic during the night. But have you ever wondered what your mischievous cat is up to during the night? Well, this guy found that out in a very weird way. 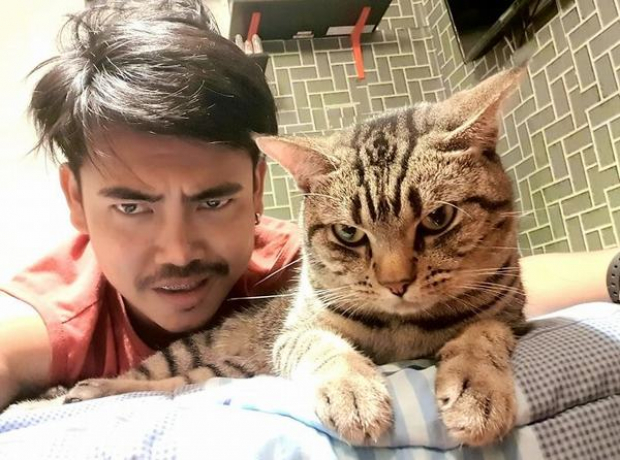 Twitter user @stluis_htx has been struggling with a weird breathing problem while sleeping for months. He’s never even smoked a cigarette before, and he doesn’t have any other chronic health problems. He started to suspect that he might have sleep apnea, so he set up a camera at night to record his sleep. What he found in the footage, though, was very unexpected for him! 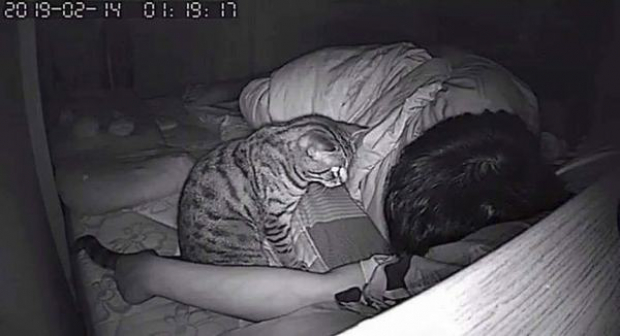 You can say that the guy has caught his cat red-handed. 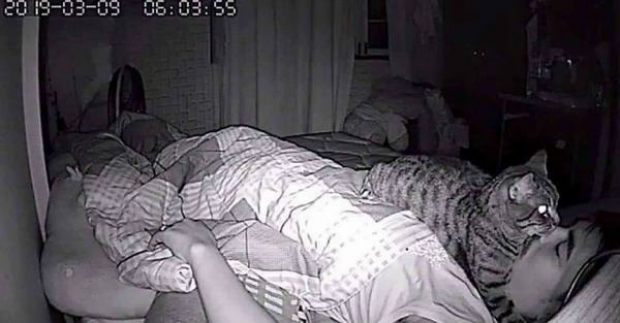 Since cats are descendants of the African wildcats, they are mostly nocturnal animals. 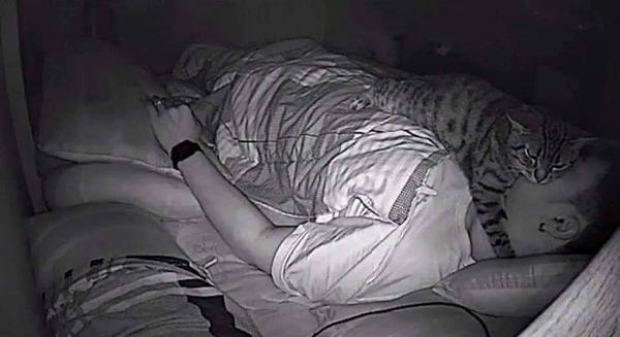 This situation changed a bit after they got domesticated, and they became more diurnal like us, but most cats will still wake at least twice at night...which clearly is the situation here.

This guy isn’t the only one that was wondering about the activity of cats during the night. 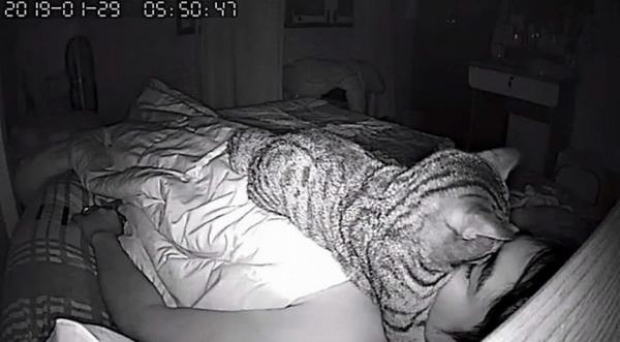 Researchers at the University of Georgia placed small cameras on 55 cats in the Atlanta area and then studied over 37 hours of footage to observe their activities. Similar to their ancestors, 44% of these outdoor cats hunted for wildlife, 85% of these captures occurred during the times the weather was warmer.

You’ve probably heard cats meowing like crazy during the night. 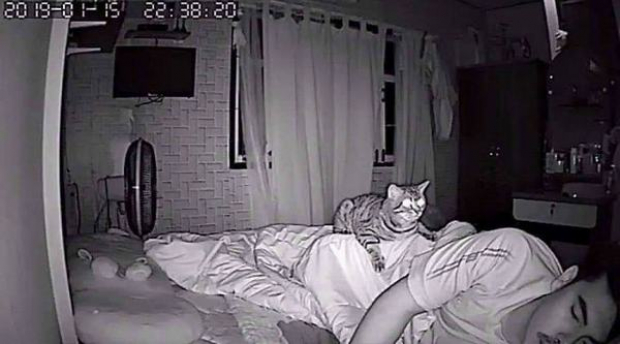 This unusual meowing can be about several reasons such as old age, stress, medical problems, or just boredom (this happens especially when an indoor cat can’t get enough playtime). 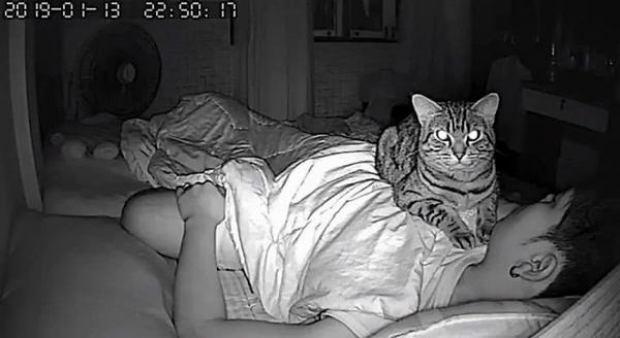 If your cat is making it harder for you to sleep, there are several recommendations. 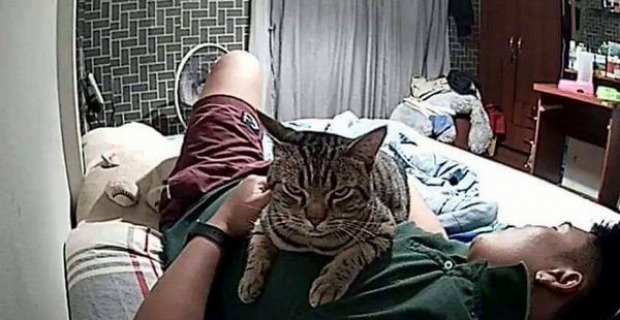 You can play with your cat more and get it tired in the evenings, or try feeding your cat before their sleepy time, as they tend to sleep faster after a big meal. 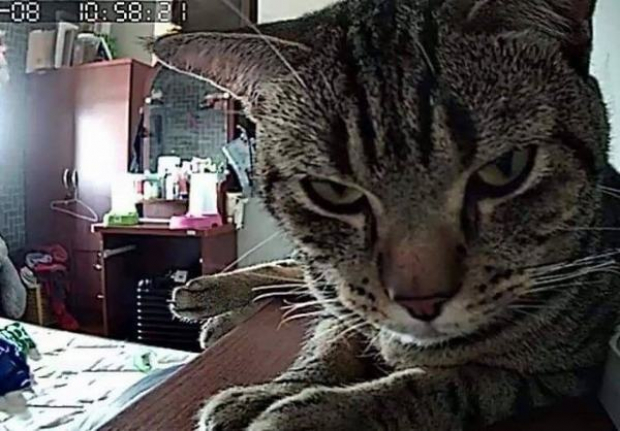 You should keep that in mind that even though your cat loves you, it can accidentally injure you during the night. A cat can notice your eyes are moving during your sleep and take it as an invitation to play. It’s sad to say that, but we suggest you lock them out of the bedroom for a better sleep experience.