This sick tiny kitten was taken to the Atlanta Humane Society (AHS) and no one was expecting it to survive...until this mama cat named Ember showed up and saved his life. 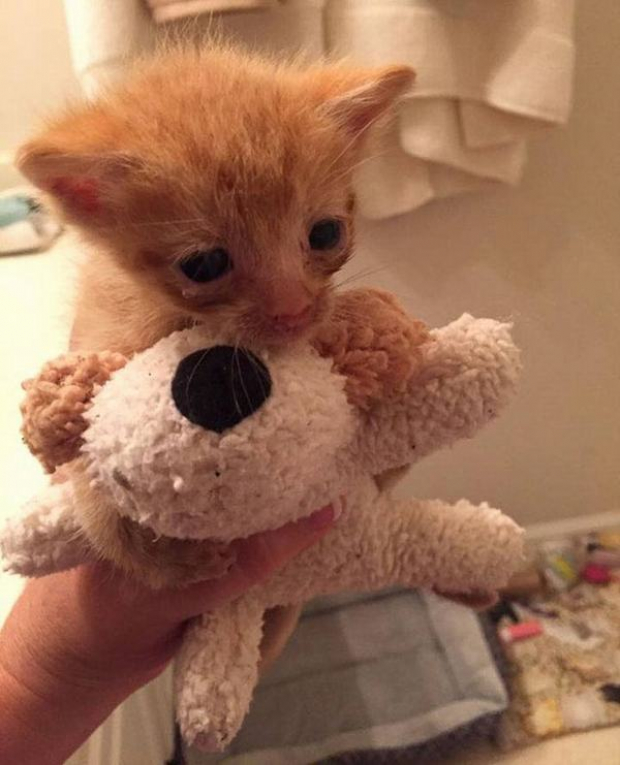 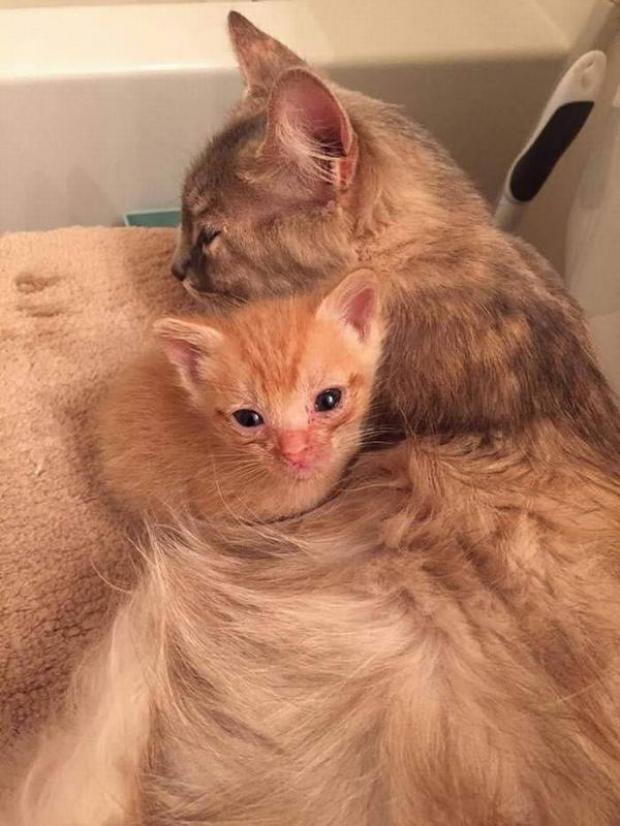 Poor Ember lost all her kittens only a week prior to Mother’s Day. The director of marketing and communications for AHS, Christina Hill said that despite the fact that she lost all her babies, Ember’s motherly instinct remained just the same. 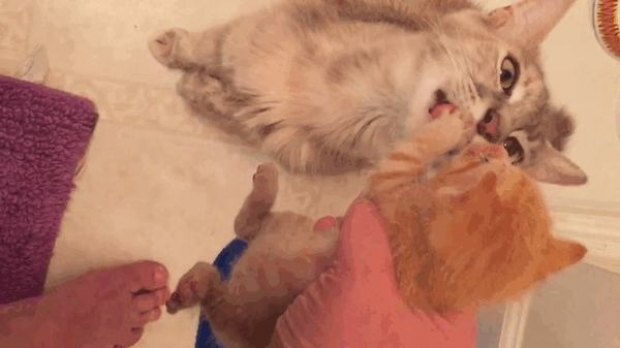 Ember started to show love for baby Flame right after the two met. 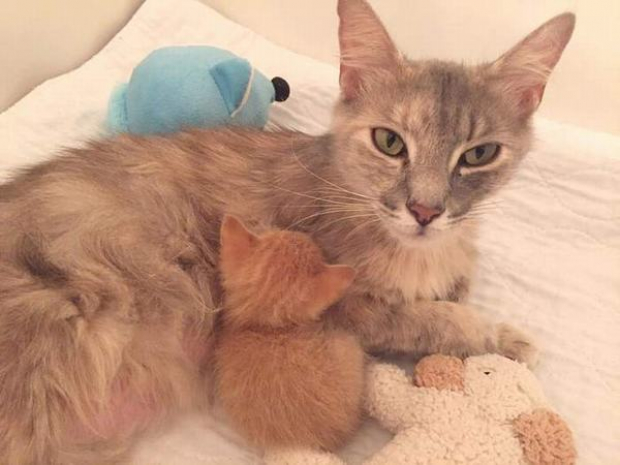 Due to her motherly instincts, she started to care for Flame as if he was his own baby. 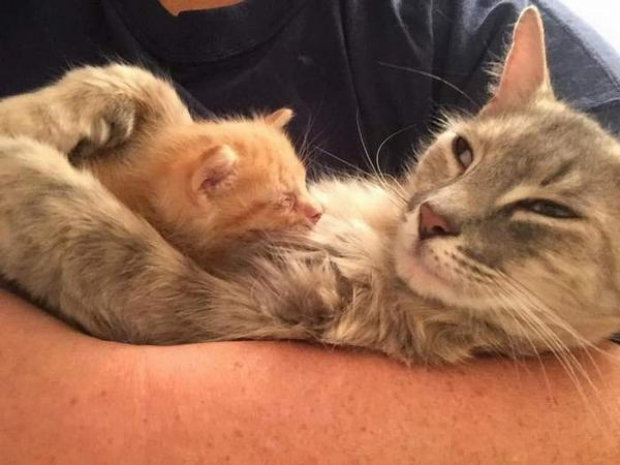 “The two got along very well right after they met,” says Christina. “Since she was grieving due to the loss of her own kittens, Ember immediately got attached to the tiny kitten, grooming him, cuddling him, and letting him nurse.” 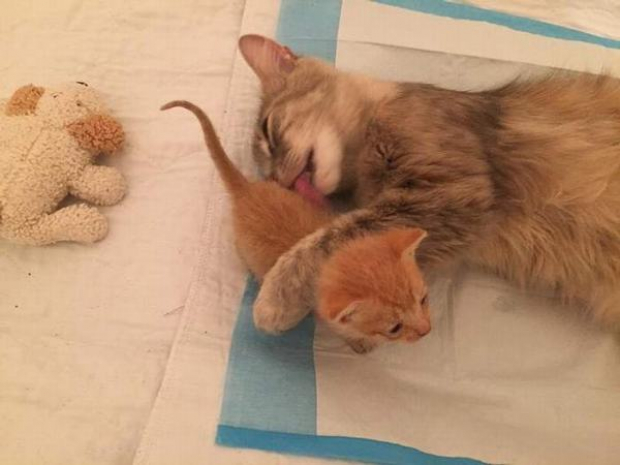 Both Ember and Flame are in foster care at the moment and they will be up for adoption soon. 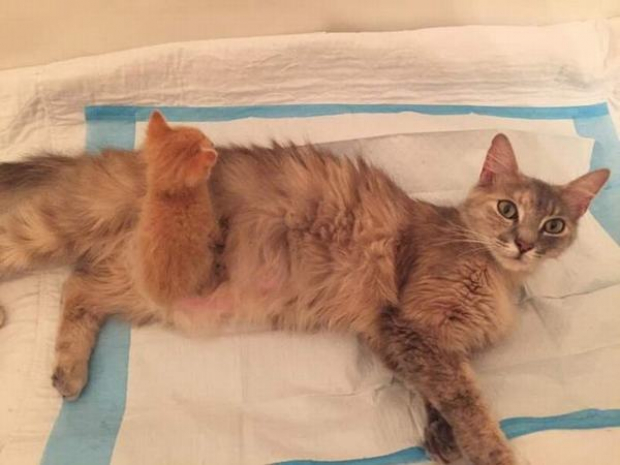 “I’d really love to see them getting adopted as a pair,” Christina added. “You can’t have too many cats, anyway!’ 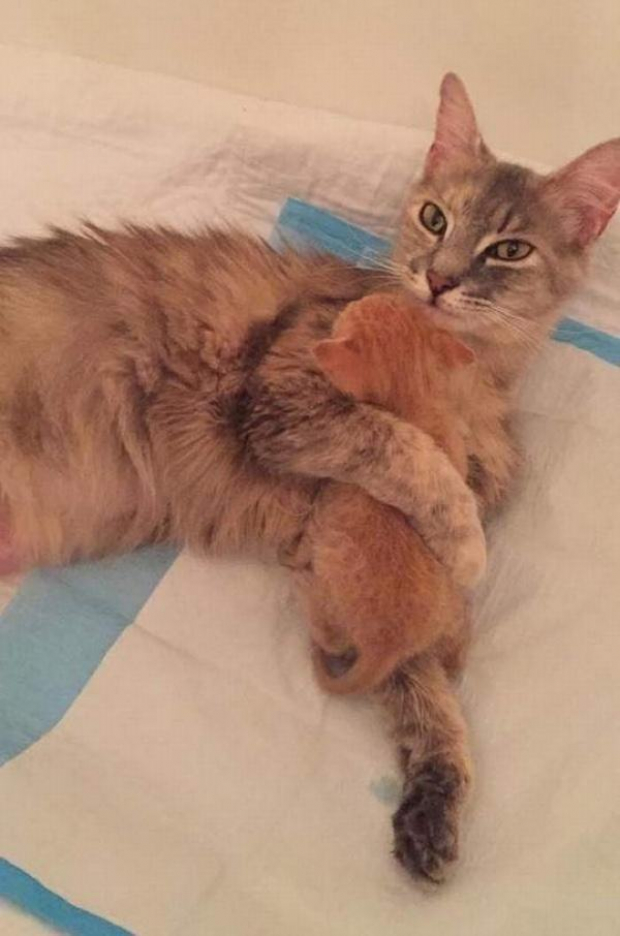 We also hope that they will find a loving family that’s willing to adopt them both.