This cat you see is not your regular house cat. He loves school and he never misses his classes! Actually, he even has his own student body card now, and he has become the official campus cat at Leland High School in San Jose, California. 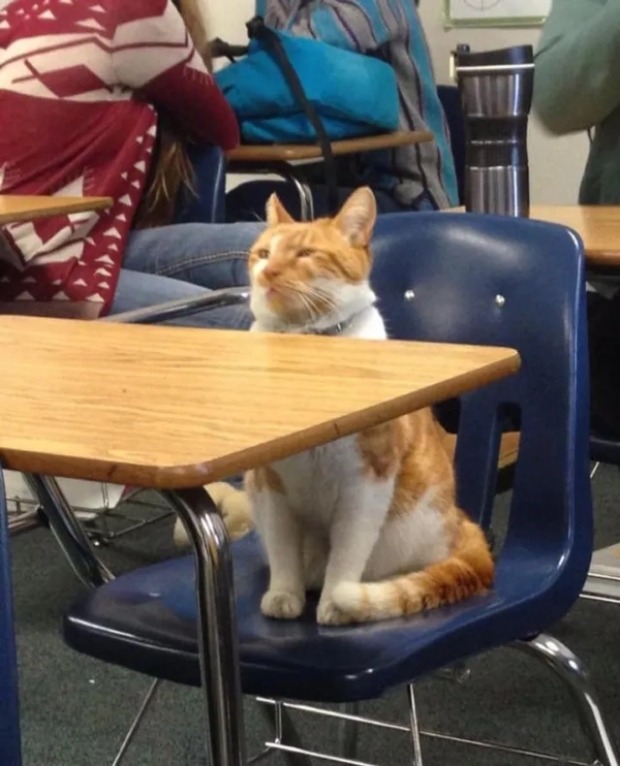 Say hi to Bubba the cat! 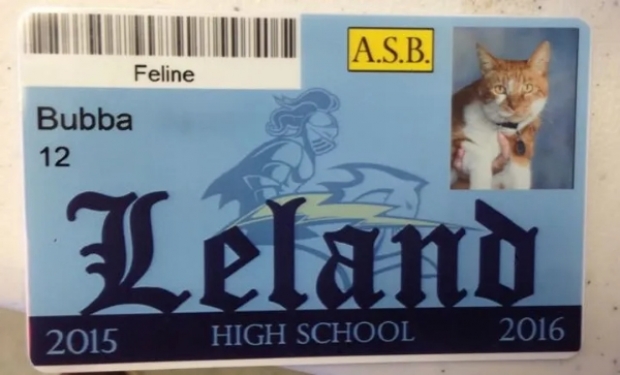 Bubba is an excellent student and a very social cat. He loves attending classes and other events at the campus and hanging out with the students in his spare time. What makes Bubba kind of different from the other students is that he has the right to roam the school’s halls freely during class. “If he needs a break, he doesn’t need to raise his paw, he just meows.” Thanks to his supporters, Bubba has a student body card now! 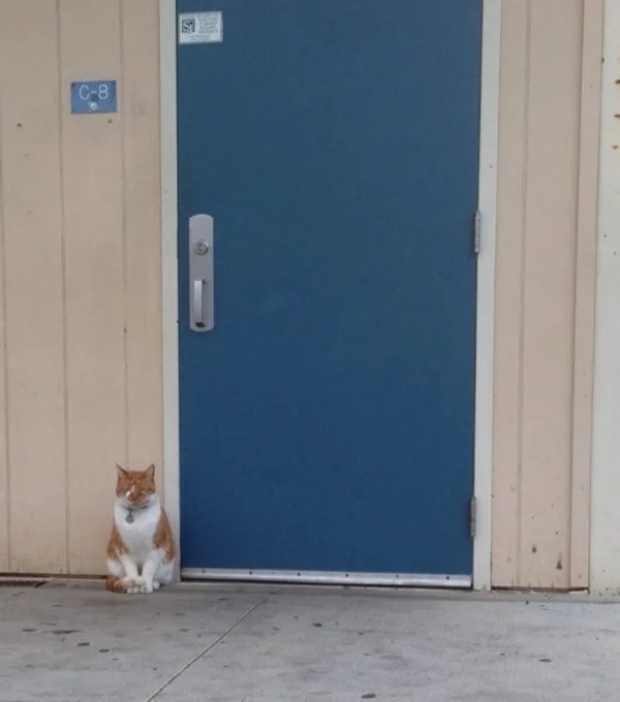 His owner, Amber Marienthal, who adopted Bubba in 2009 said that he is a very loud cat. Bubba lives in a house right behind Leland and Bret Harte Middle School. He was an indoor cat but apparently, he wasn’t too happy about that since he made everyone in the household aware of his unhappiness by meowing very loudly and frequently. So, the family understood he wanted to be friends with the students. Bubba waits by the door every day for school time. 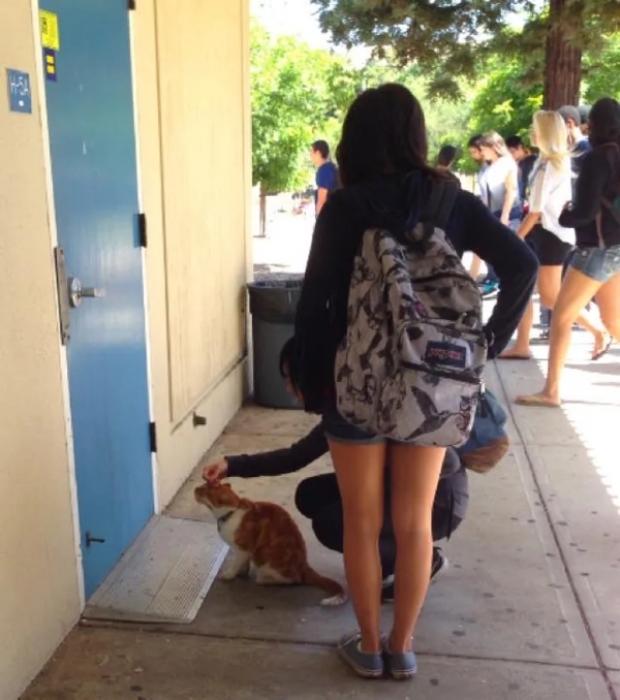 “The students at Bret Harte are planning to have a statue erected in his honor,” said Marienthal. However, their idea wasn’t accepted. When the students come to school, Bubba welcomes them by meowing and asks to be petted. 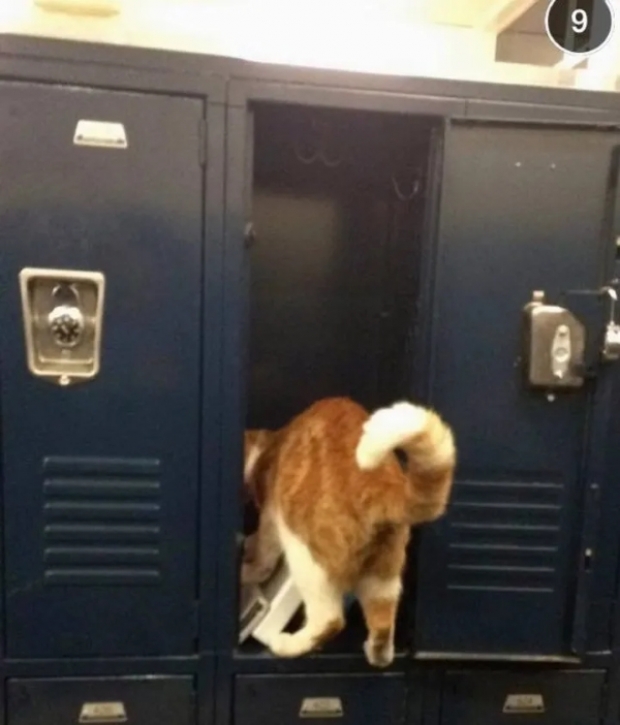 “He is a very social and brave cat,” added Marienthal. “One teacher bought treats for him this one time, but that was actually a mistake,” said Marienthal. “Bubba would meow non-stop for the treats,” waiting by his classroom door during class. Checking if everything’s alright with the lockers! 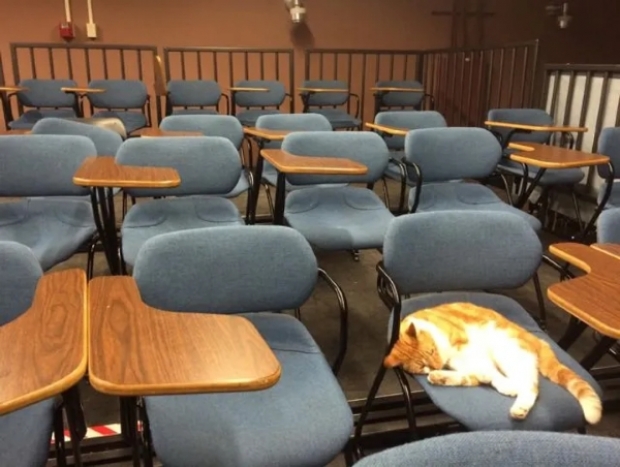 “We’d be very amused if they let him do cap and gown,” she added. “After all, he basically graduated from the school with a group of students!” “He waits for school time every morning and then only comes back home when all the sports are done,” Marienthal said. “He really enjoys that a lot.” The adorable ginger cat is waiting for the students. 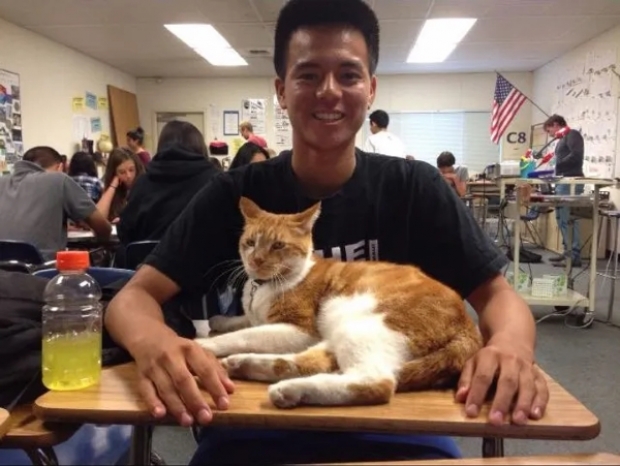 He spends time with each and every one of them. 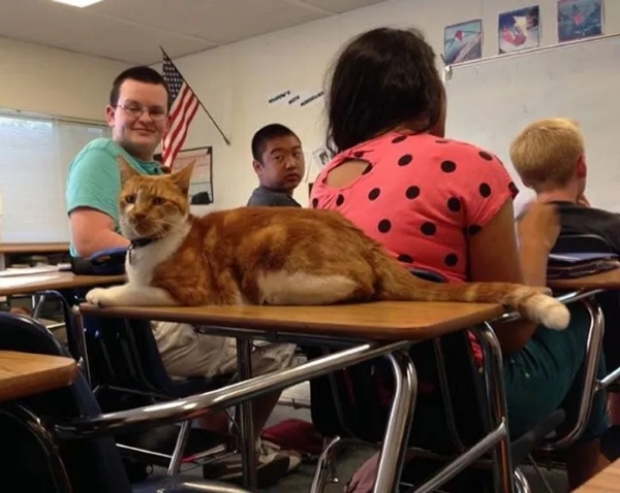 He is giving them encouragement to attend their classes and work hard. 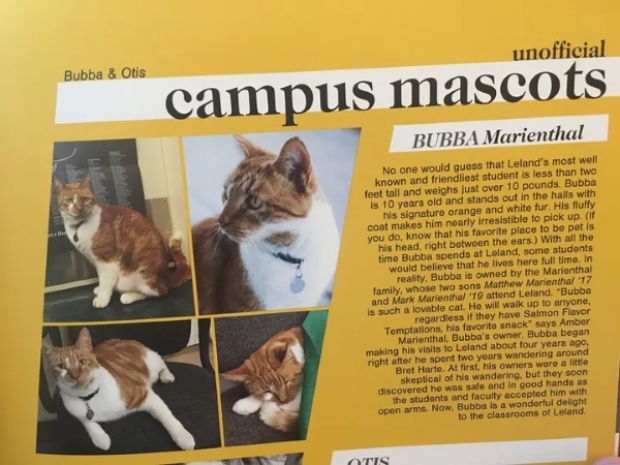 You can even see him in the yearbook! 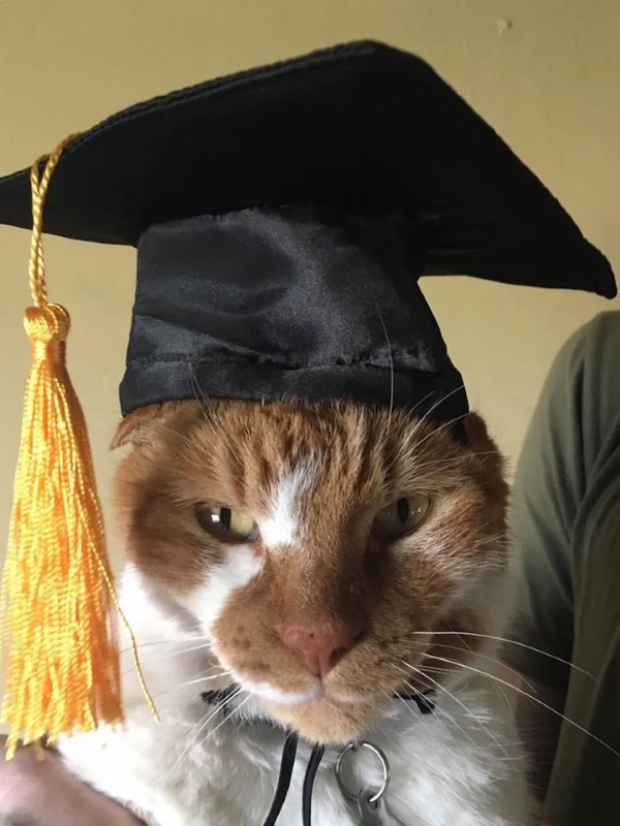 This is his graduation photo! 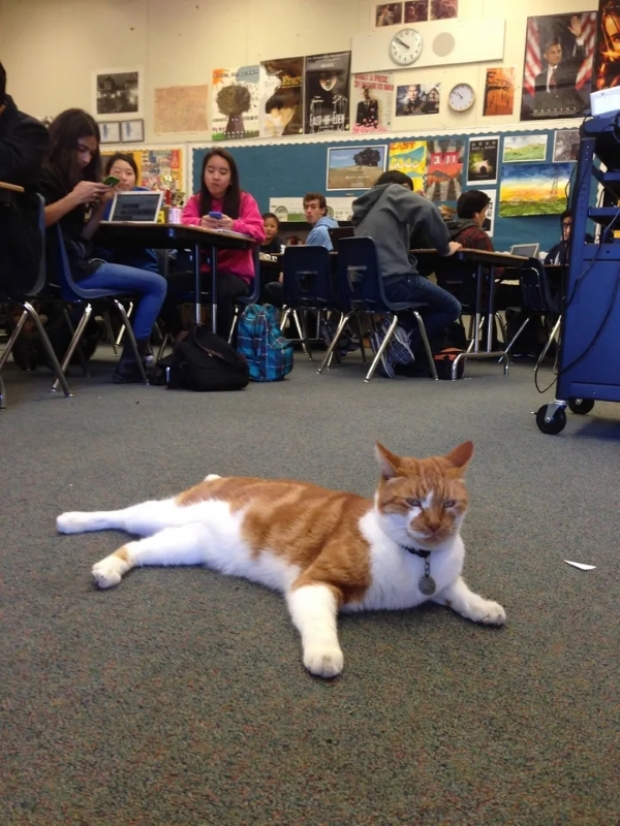 But even after his graduation, he still loves visiting the students.