The internet is a goldmine when it comes to cat memes. This one meme we are going to talk about here, however, has been shared by almost the entire human population on Earth and it has gained a lot of popularity. We are talking about the very famous "woman yelling at a cat" meme that features two slides, with a woman yelling in one, and the other having a very chill cat in it. This chill kitty in the meme is named Smudge, and he is described as being a "chunky but funky meme-lord who hates vegetables". We talked to Smudge's owner to get more information about this adorable meme-famous cat and find out how he ended up as a celebrity on the internet. 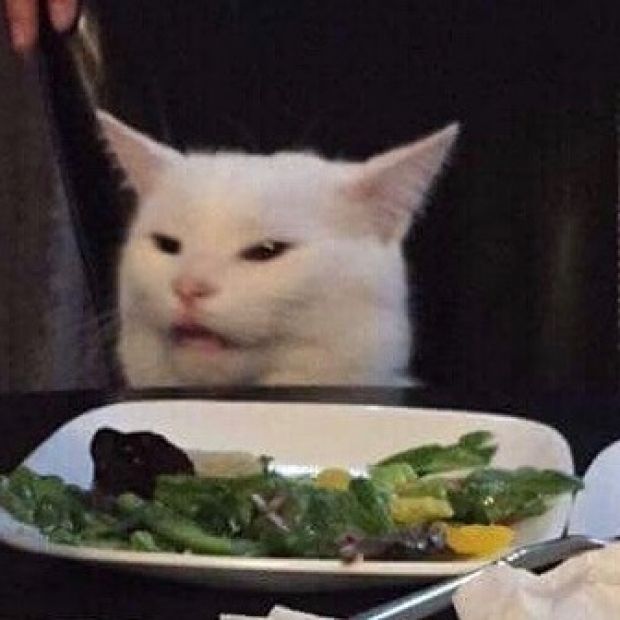 1-Smudge's human, Miranda, is a 24-year-old sculptor from Canada. Miranda doesn't exactly know how old Smudge is, but she thinks he is around 6 years old. 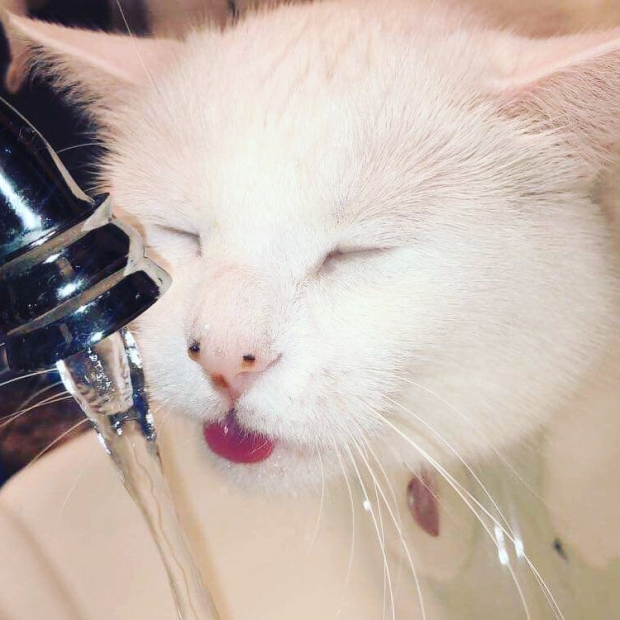 2-It's full of Smudge's adorable and hilarious facial expressions along with photos of Smudge going about his daily life. 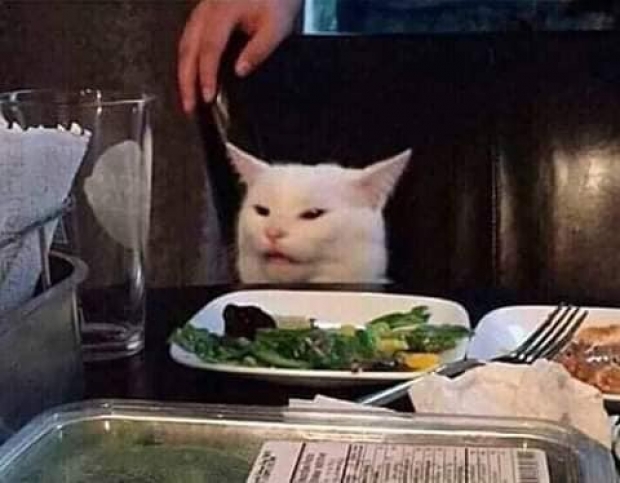 3-Smudge became famous thanks to a tweet by a Twitter user named @MISSINGEGIRL featuring Smudge along with Taylor Armstrong from the reality show "The Real Housewives Of Beverly Hills". The tweet has gotten more than 275k likes since May and has turned into a new meme format in the process. 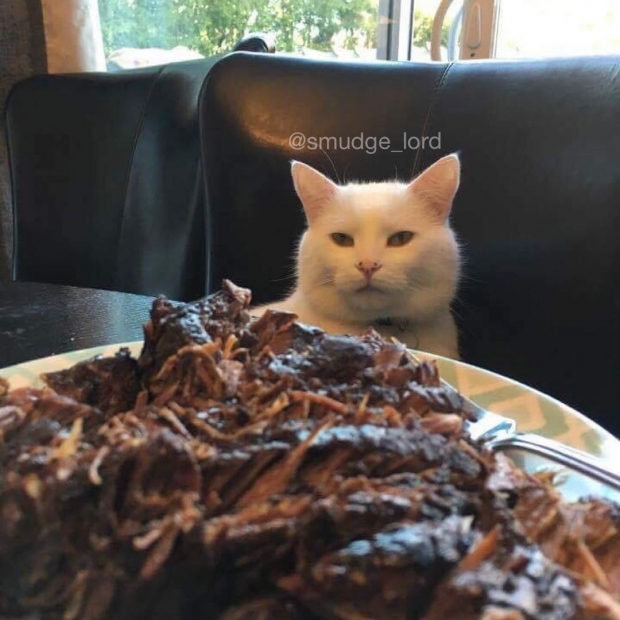 Fun fact: Smudge always has a chair at the table

4-"He really wants to have his own chair, and if he doesn't have a chair, he will jump onto someone else's chair when they're not there. The picture was taken when he got someone else's chair at the dinner table, and I guess he wasn't so pleased about the food we served, either!"-Miranda. 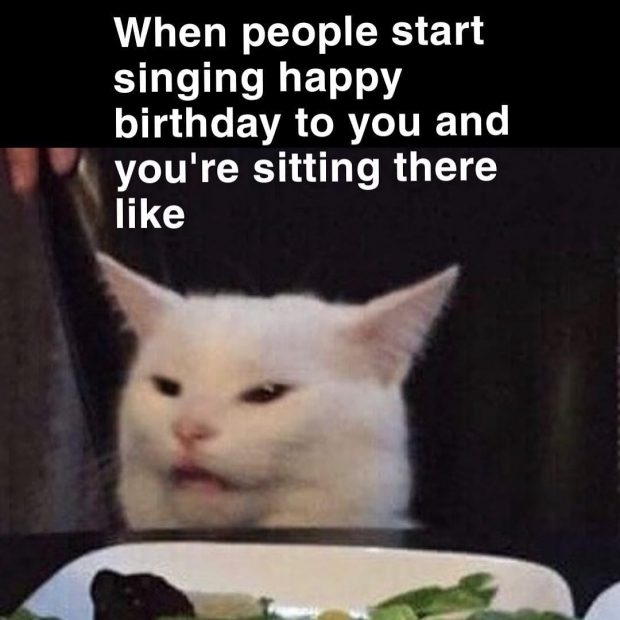 The picture was originally shared on Tumblr but then found its way to Instagram.

5-"It became really popular on Tumblr before Instagram, but when it ended up on Instagram things got really crazy." 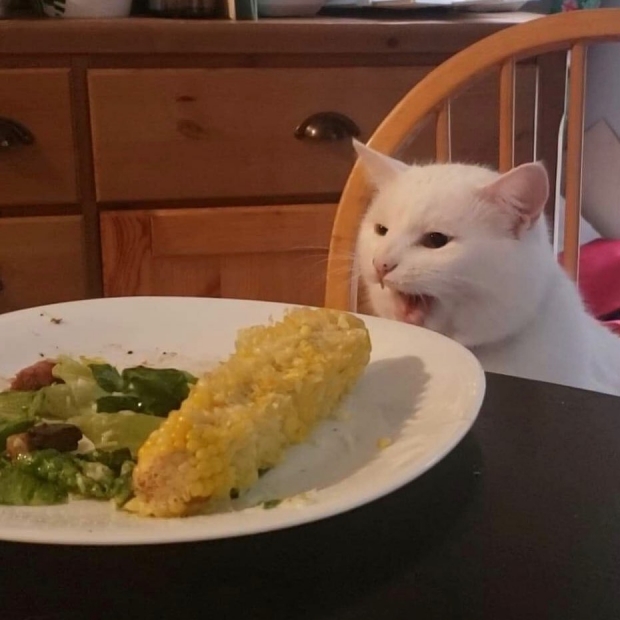 6-"I love reading the comments under his posts and seeing what people are saying about him." 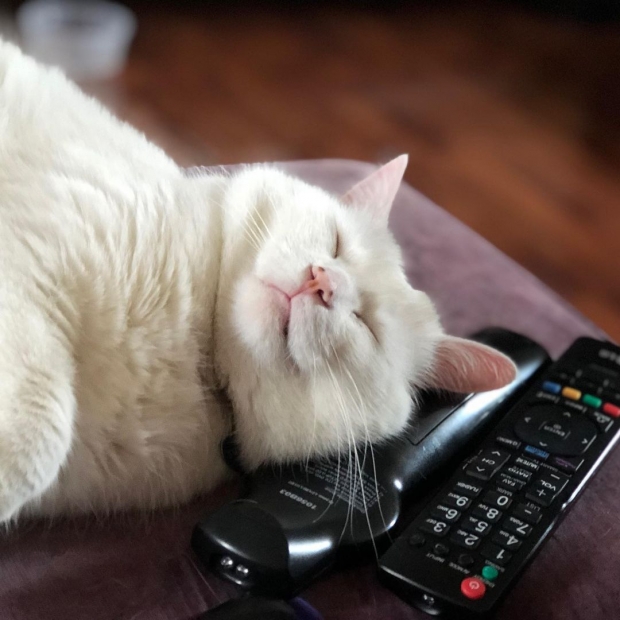 They are receiving a lot of comments from people living overseas and Miranda is really happy that people from all around the world love her chonker.

7-Miranda is doing her best to upload pictures on a daily basis to their almost 700k followers and we strongly suggest you go and check out Smudge's Instagram to see more of this adorable cat! 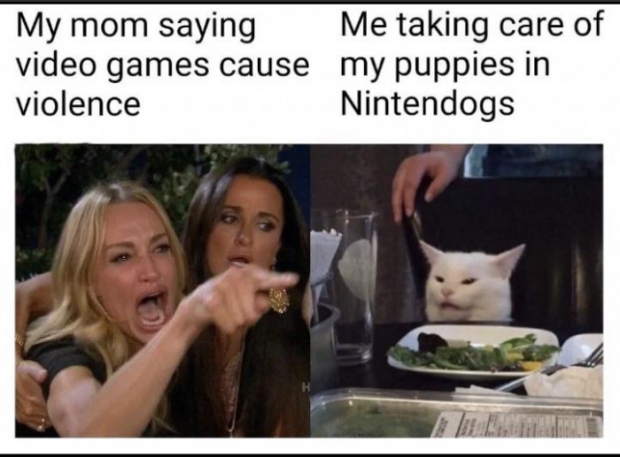 Bonus: A couple of hilarious memes that made Smudge incredibly famous 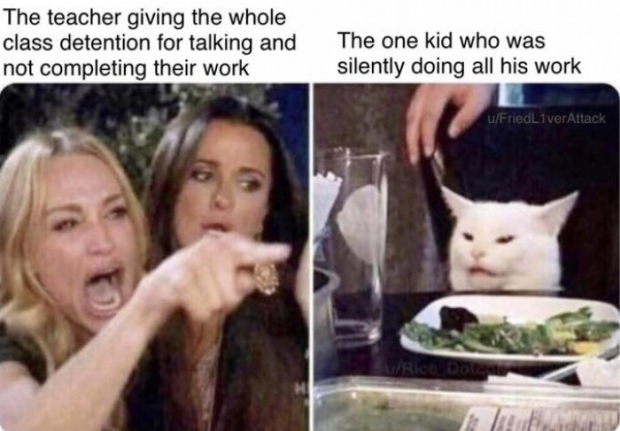 We've all been there 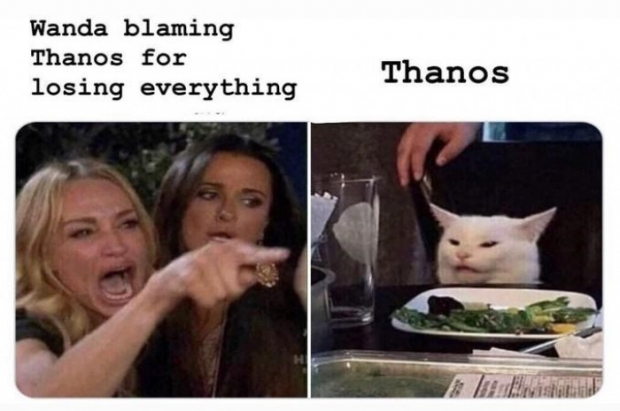 Just chill for a moment, right? 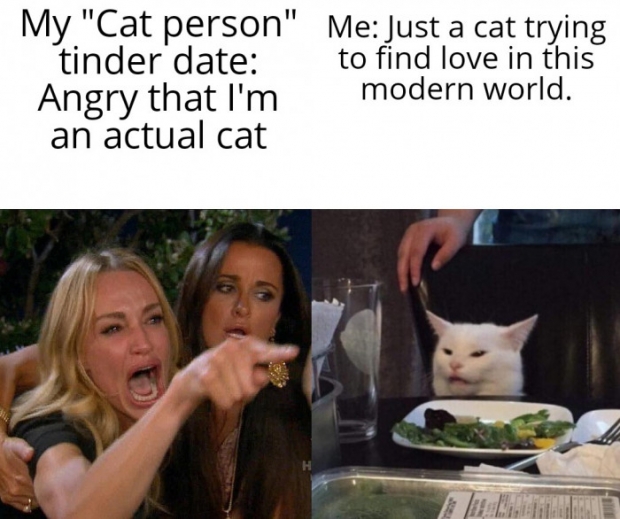 You can't blame the cat for trying 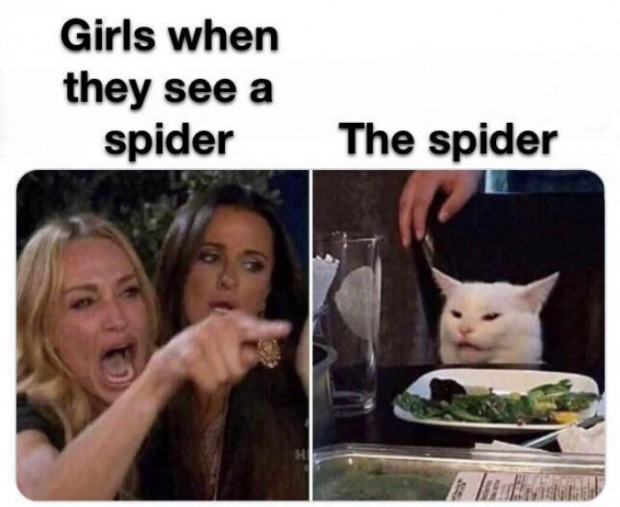 To be honest, we are terrified of spiders too!