We absolutely love all cats regardless of their colors, sizes, or shapes, but we have to admit there is something very unique about ginger cats, and if you happen to own one, you probably know what we are talking about. They are just super chill and they always stand out in a crowd! One of such adorable and unique ginger cats is the cat in this story, Tombi. This cute kitty just casually walked into a classroom one day and decided that these third-graders needed him, so he just decided to stay with the students who were very excited about this situation and became the school's cat, basically! Tombi was very cool about this whole situation when he entered the classroom ( we aren't surprised, this is all because he is a ginger cat!). Read on if you want to know how Tombi touched the lives of these children and teachers. 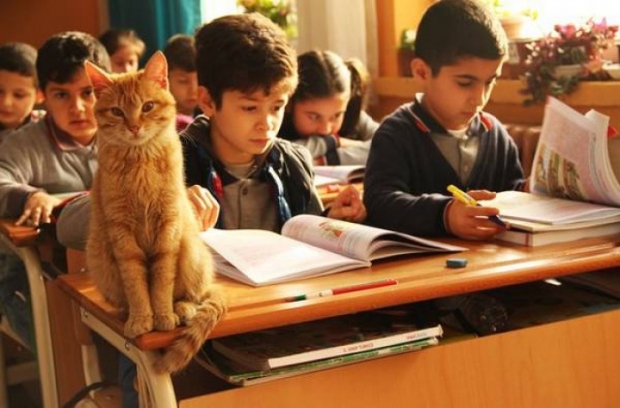 1- According to the third-grade teacher, Özlem Pınar Ivaşçu, the students managed to develop a strong bond with Tombi straight away. "The children just fell in love with him," she added. 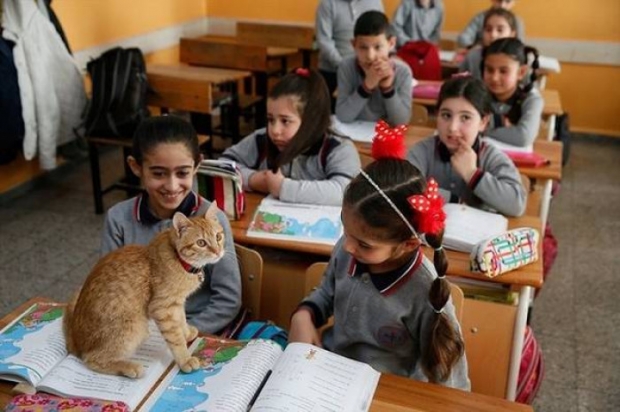 2-And to be honest, Tombi loved the children back just as much. He explored the classroom and then made himself right at home! 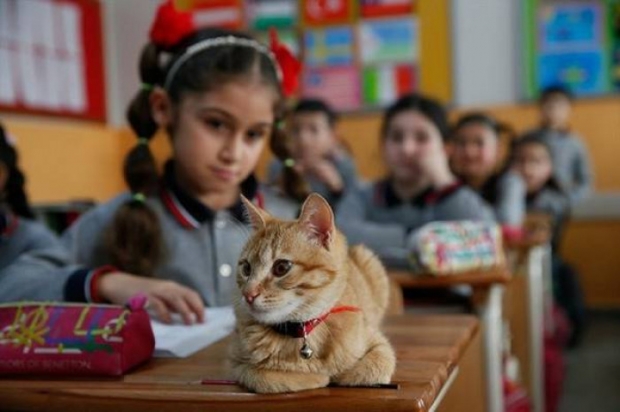 3-But not everything was so smooth. The school administration was worried that Tombi could be a possible health risk. They said it wasn't possible for them to keep the cat, and he would have to be relocated to somewhere more fitting. 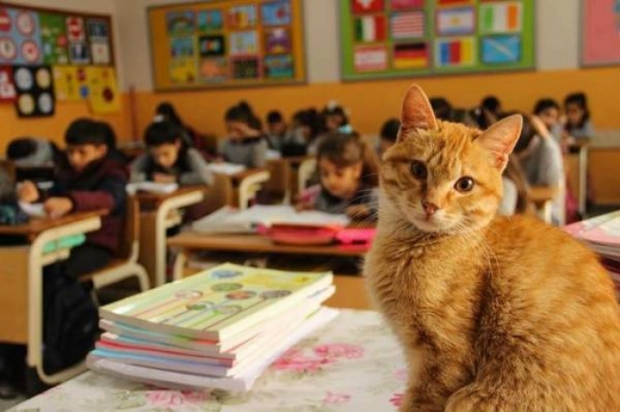 4-"We managed to find a house for Tombi and he stayed there for three days, but he didn't like that place. He stopped eating," says the teacher, Özlem. "I brought him to my home, but he wasn't happy at my place, either." 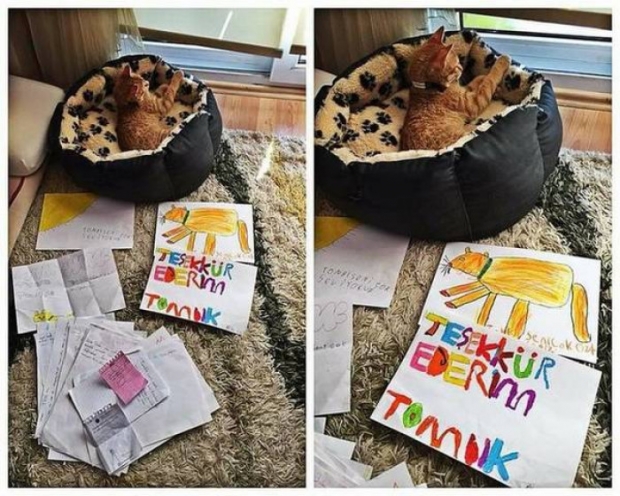 5-The children were also very sad. Tombi's presence was getting them relaxed and it even helped some of the students who were having trouble focusing on classes before. The children sent the cute cat some letters and drawings to let him know they missed him. 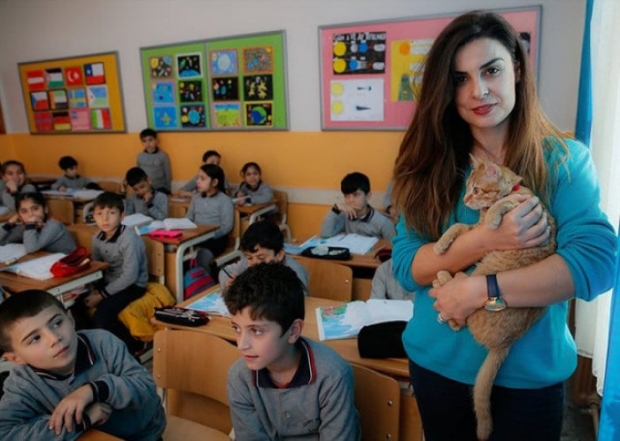 6-"When Tombi first walked into our classroom, I saw a change in the children's behavior. They became more careful and responsible and stopped running around in the classroom. They started to like going to school a lot more and that is very important considering that they are only 9-year-old children." So, Özlem decided to find a way to reunite Tombi with the children. She posted Tombi's story on social media, and shortly after that, it was picked up by a local news station. The school administration couldn't stay indifferent to this much attention either, so they decided to allow Tombi to return to the classroom where he belonged. 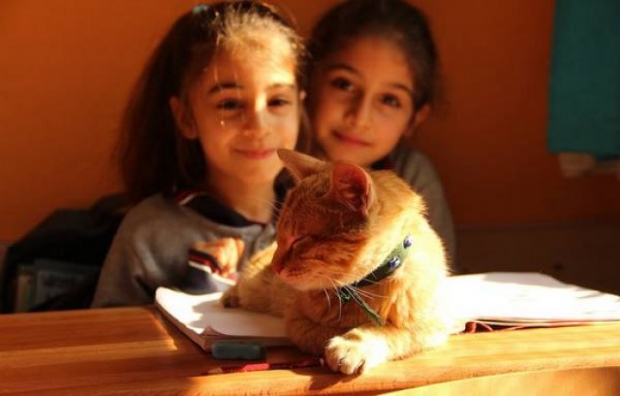 7-"The children were so happy to see Tombi again, and Tombi was also very happy to be around children." We are glad this story had the happy ending it deserved!