"This clever bobcat seems to have found the best strategy to escape a mountain lion. He miraculously managed to climb atop of a 45’ cactus and remained there for more than 6 hours. Since he was way smaller than the mountain lion when it comes to its size, he was not in a lucky position up against the lion, but he made the best decision by going up! Another thing that also worked to his advantage was the fact that he was lighter compared to the lion, so he saved himself from ending up as the mountain lion’s dinner. The bobcat basically said ‘not today’ to death, and managed to climb a 45’ cactus. To give you an idea of how massive the cactus is, it’s equivalent to more than 2 stories with 2’’ thorns protruding from it!" 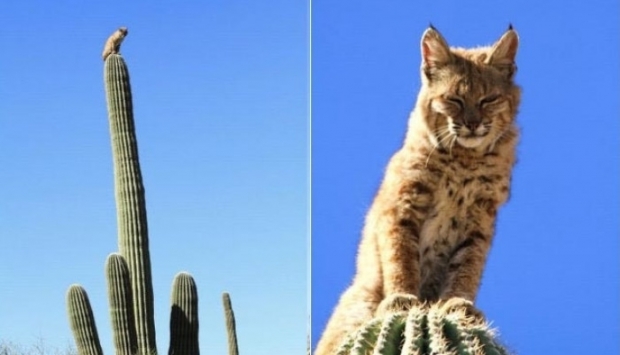 "You can see the bobcat sitting on top of the cactus here. This scared kitty perched up on top of a Giant Saguaro Cactus which is a rare cactus, in Arizona’s Sonoran Desert. The cactus is thought to be more than 300 years old."

"“I’m watching you!” A local nature photographer managed to photograph the animal after receiving a phone call from a friend that had gotten the chance to see the chase first hand. You can also find the video of it below:" 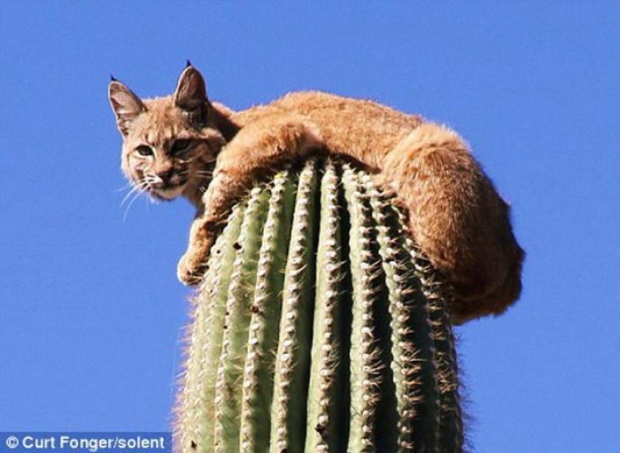 "Chilling on top of the cactus! When people checked out the cactus later, they didn’t see any blood or hairs, and all they could find was the visible marks the bobcat’s claws left. The kitty was a tough one, to say the very least!" 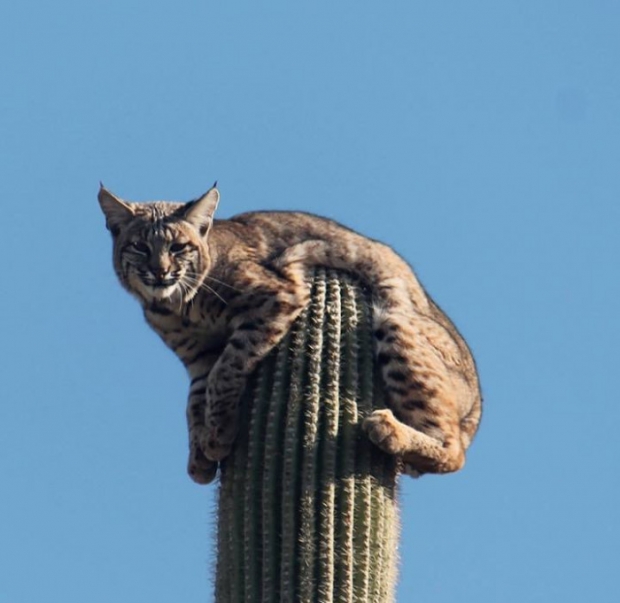