This kitty with very unique vampire fangs made his rescuer fell in love with him a year after he was rescued. 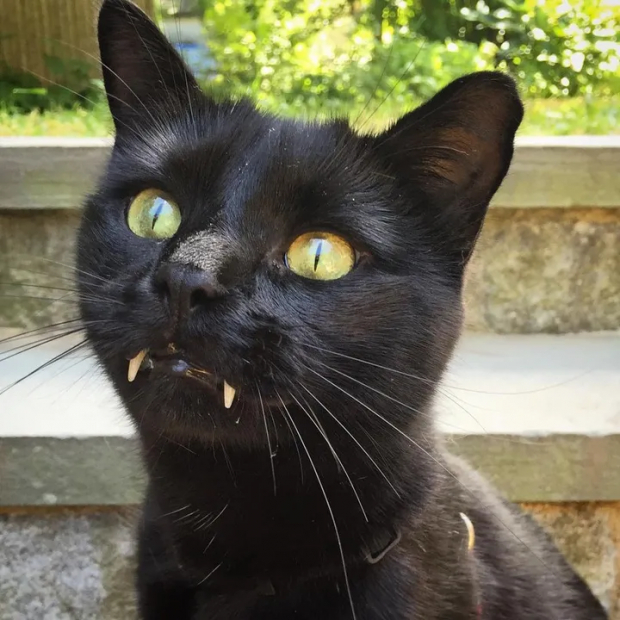 This black kitten jumped in front of a moving car, but luckily, the driver managed to stop right in time. She then got out of the car and went to check the kitten. Nicole Renzie was going home when she noticed the tiny black kitten. “He ran right in front of my mom’s car. We had to stop and get out,” said Nicole. “He was very dirty and very skinny. His eyes were shut due to infection.” The kitten was malnourished and very weak. He couldn’t even see where he was going as his eyes were shut due to a serious infection. 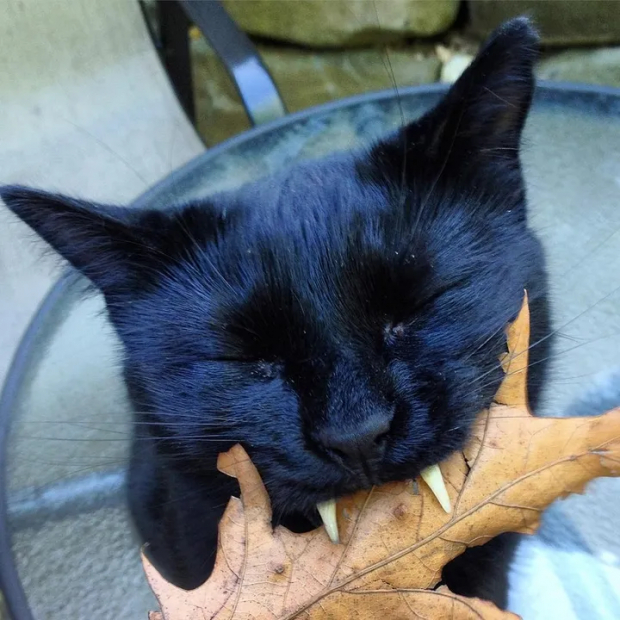 They decided to take the kitten home. Nicole cleaned the kitten, fed him, and gave him a lot of TLC, and helped him recover in no time. 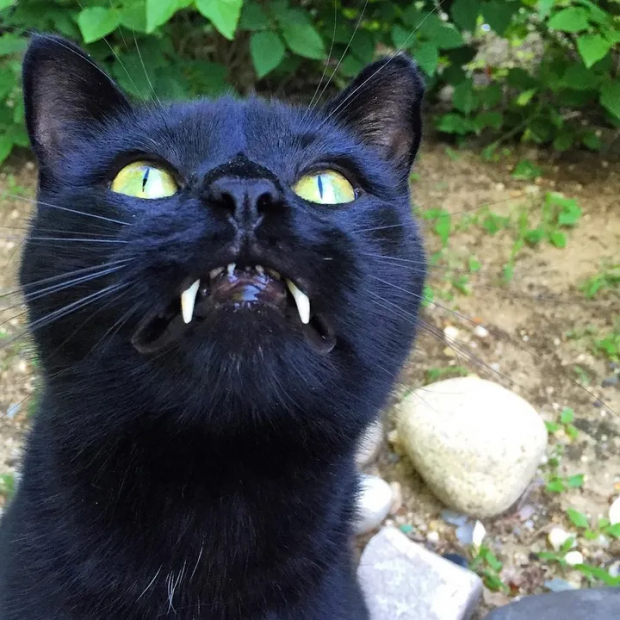 The tiny furball shortly proved that he had a wild side. Since he couldn’t stop playing and running around like a little monkey, they started to call him Monkey or Monk for short, and it stuck. “He really earned his name due to his goofy behaviors,” told Nicole. 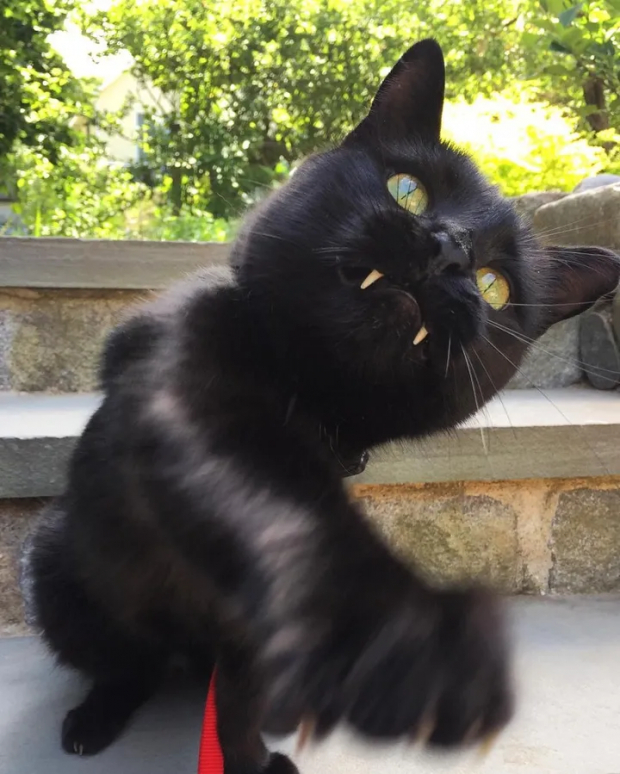 Then, they realized Monk’s teeth were growing non-stop. They just kept getting longer and longer until the kitten started to look like a vampire! “At first, my plan was to put him for adoption, but then I realized it was fate that actually brought us together. I decided that I needed him as much as he needed me,” Nicole said. 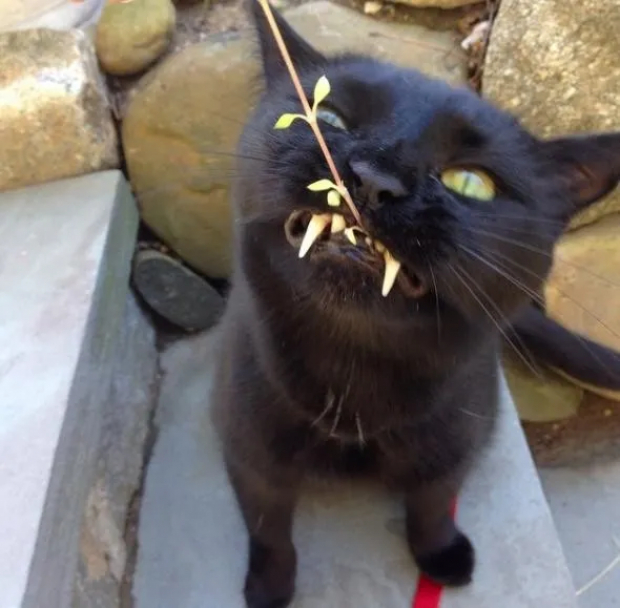 Nicole brought the cat to the vet, and the vet told her that there’s nothing wrong with the kitty’s long fangs. Even though it’s rare, it can be seen in some cats. Monk has a very special appearance thanks to his fangs, and also he has tens of thousands of followers on Instagram because of those fangs now, too! 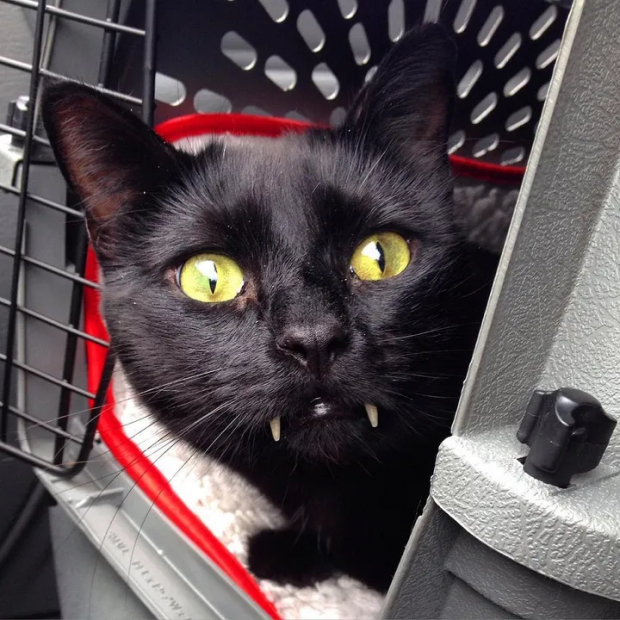 Only one year after they adopted Monk, they also got another black kitty named Bean. The two felines became best friends immediately. Monkey absolutely adores his brother from another mother and he tries to help him as much as he can. They have a wonderful friendship. 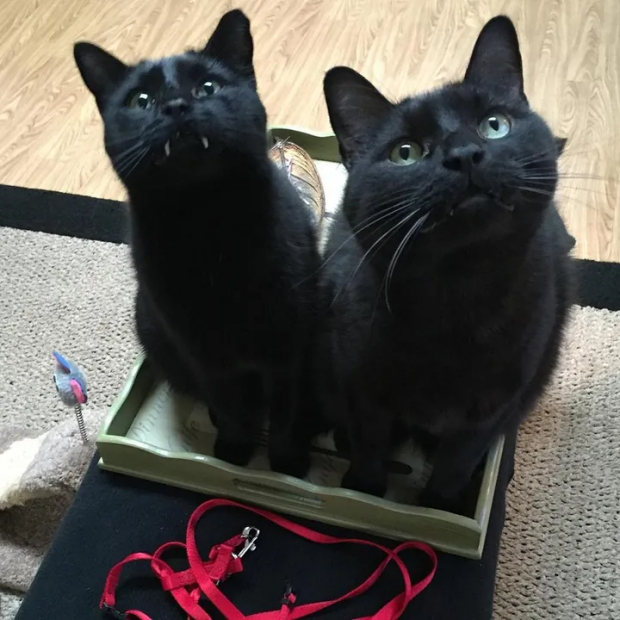 Monk has a very interesting personality. He can be playful and kind of quick-tempered and he has an attitude. However, he is very friendly and he loves Bean so much that he gives him baths. 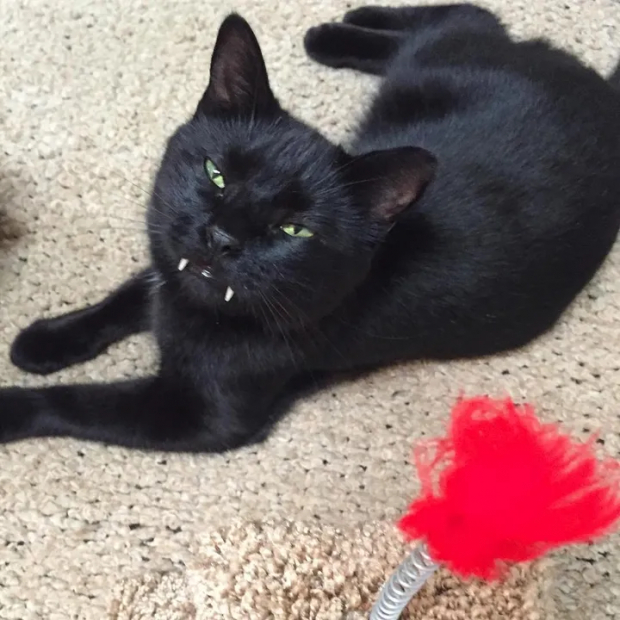 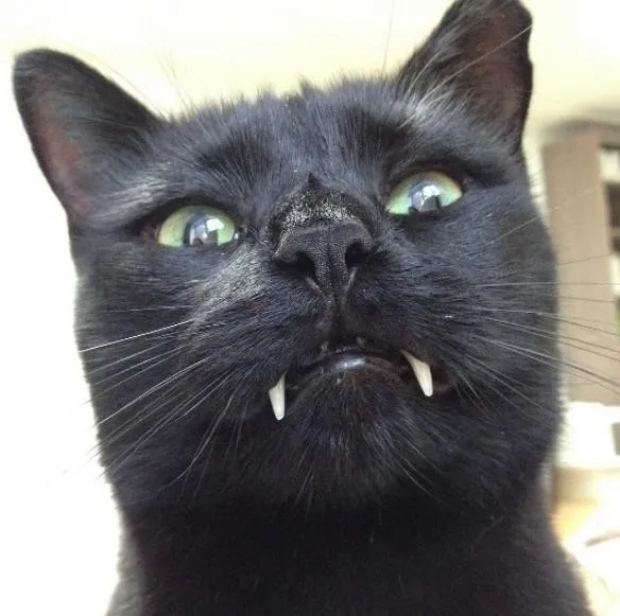 See those fangs in action in the video below: