This gorgeous kitten named Janie was found all alone on a hot sidewalk when she was not even a day old. When she was brought to Tiny But Mighty Kitten Rescue, they exactly knew how to take care of the kitten. According to their founder, Mellissa, “The people who found this poor kitten told me that she was screaming at the top of her tiny lungs. As she was left in the full sun, there were some pretty bad burns on her back paws.” 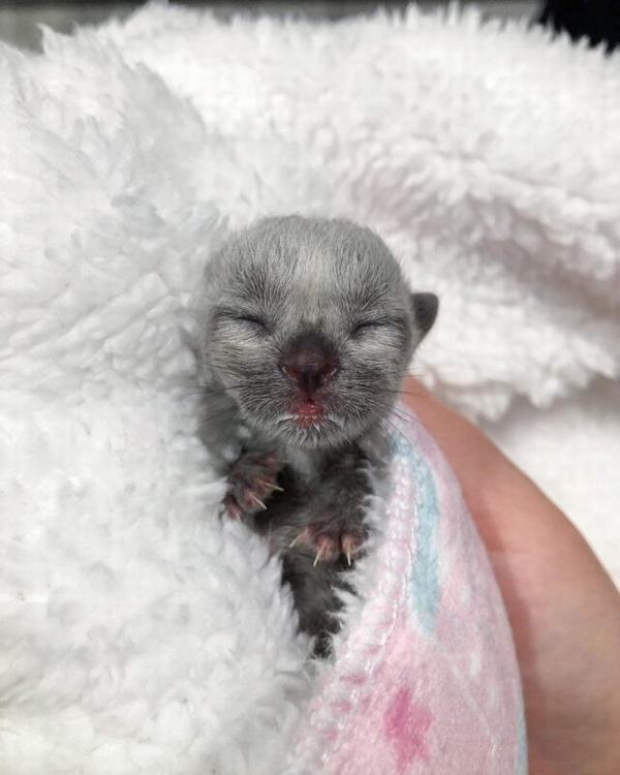 Aside from the bad burns on her paws, baby Janie was also very small. She was weighing in at only 82 grams. Even though she was very tiny, Janie was a fighter. According to Mellissa, Janie was a quite active and vocal baby. 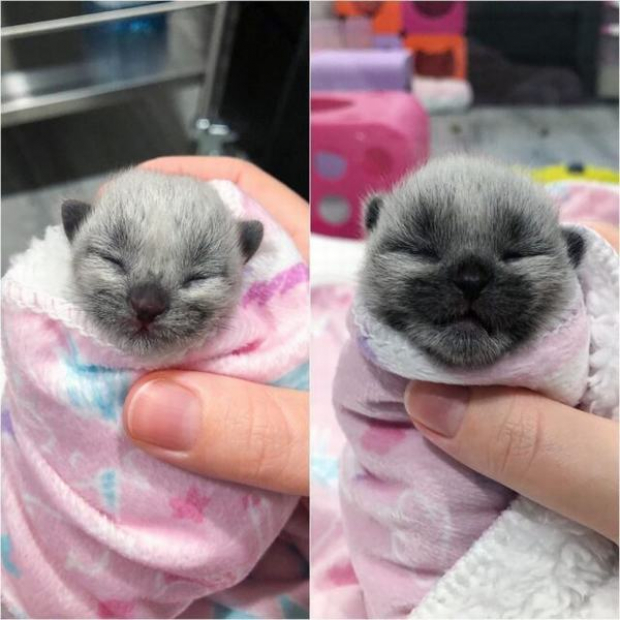 Janie has a very unique look which quickly attracted the people on the internet. Since she has silver fur, many cat lovers on social media asked Mellissa if the kitten might be Siamese or pointed in color. Mellissa, however, doesn’t think the cat is Siamese since Siamese kittens aren’t born white, and also Janie was too young meaning she couldn’t develop any coloring even if that were the case. In reality, Janie was born with a ‘fever coat’ which is a phenomenon that might happen when pregnant cats are sick or stressed. 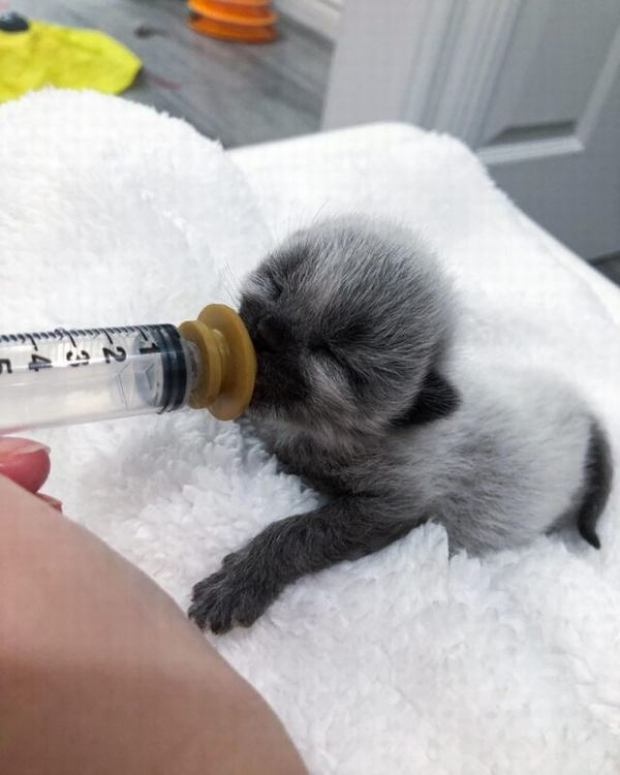 Her silver fur is turning into black now. She will probably turn into a sleek black cat but before that, she needs to grow up more. Luckily, Janie now has Mellissa and also another momma cat with kittens named June. 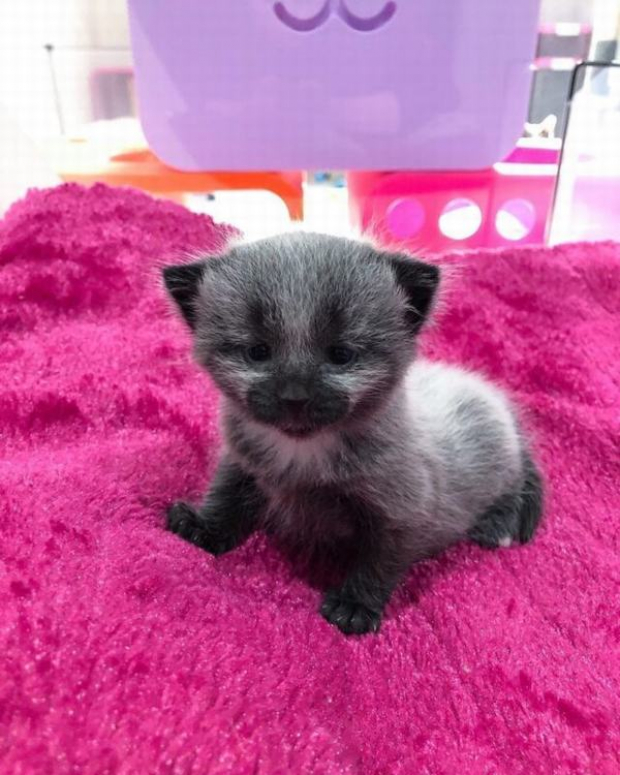 Janie had to spend two weeks in quarantine from other cats, and June was there in the process, watching her inside her incubator. Mellissa said, “She wanted to take care of the baby so bad that she kept crying at the incubator.” 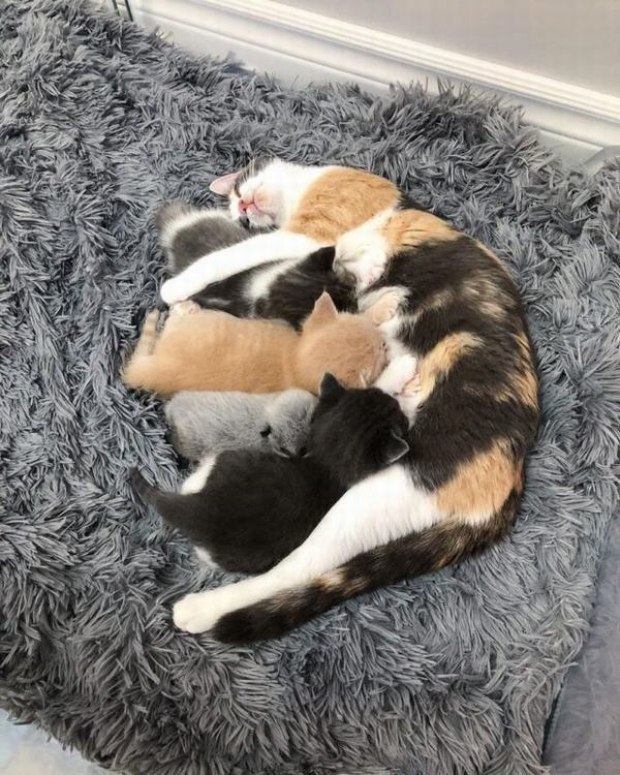 When they finally got the chance to meet, June immediately accepted Janie as her own. 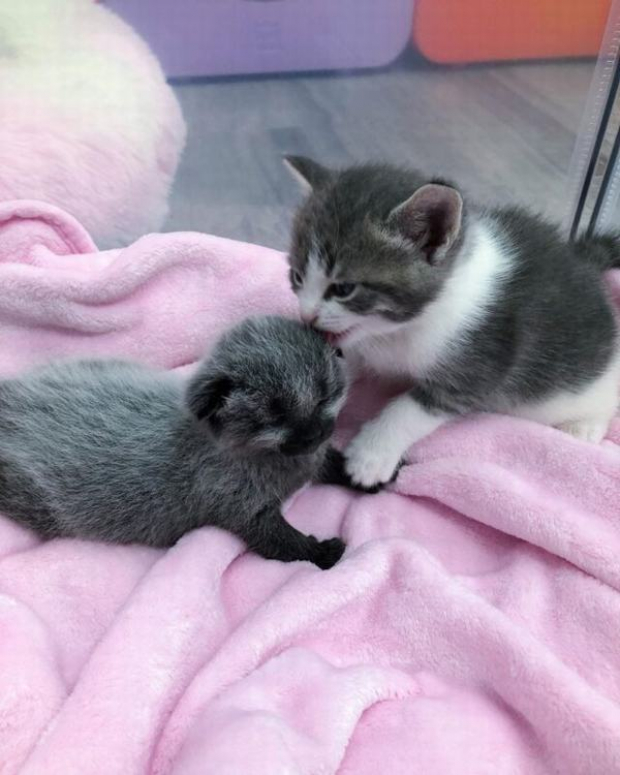 “June had cleaned the kitten by licking her and then Janie cuddled up with everyone when June’s babies were nursing. It was a very touching moment for everyone.” 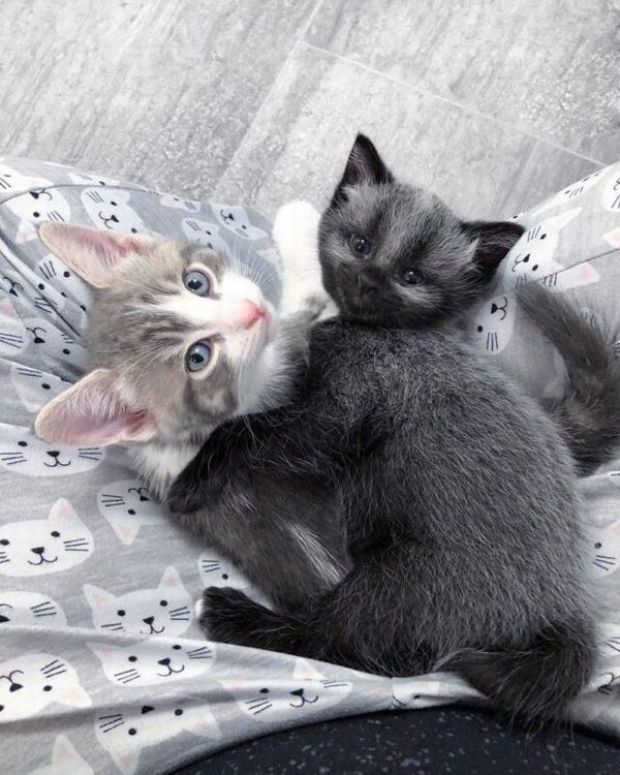 Even though June’s kittens are so young, they look huge compared to their baby sister, Janie. They had no problems warming up to Janie, though. Especially big sister Jasmine seems to like Janie’s company. 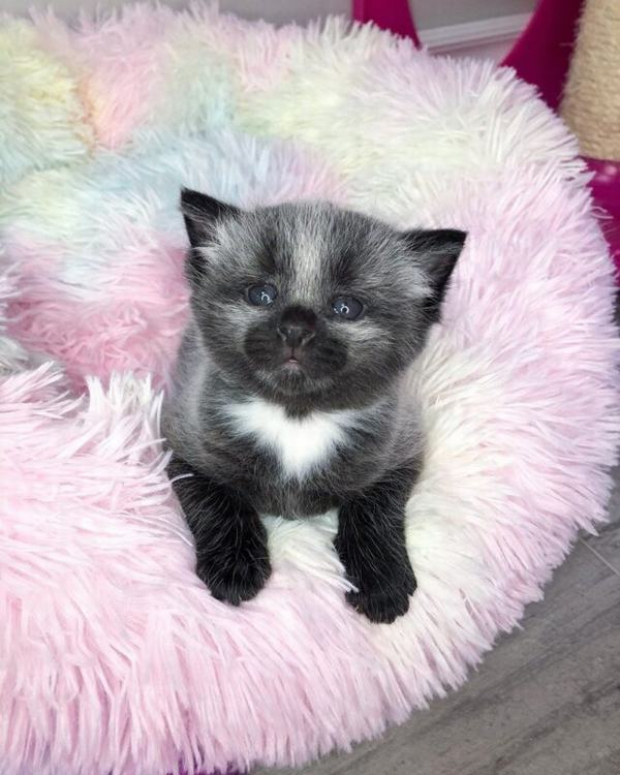 As Janie is on her way to becoming a real cat, her fur is getting darker and darker, but she is always so playful and full of life! Janie is definitely a tiny warrior! 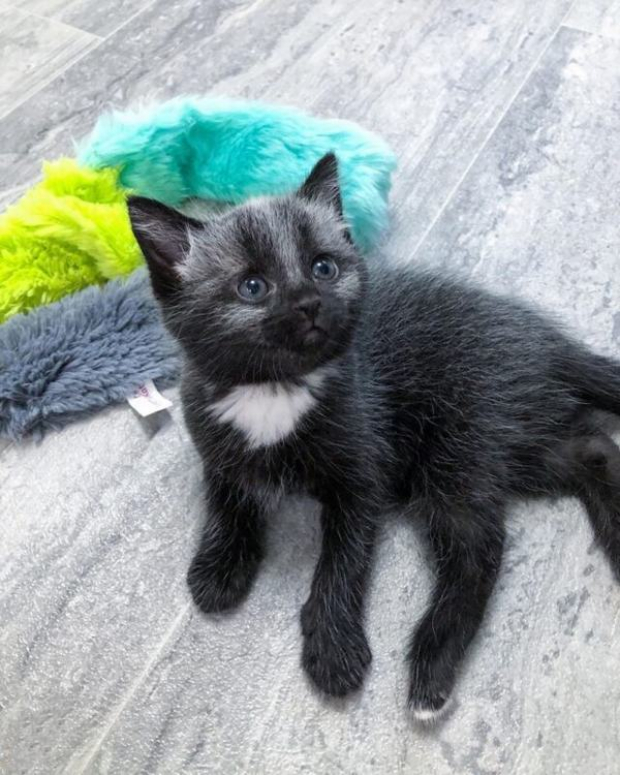