Well, you see grocery stores full of customers minding their business every day, but the ‘customer’ in this story is not a human! This chunky cat was seen entering a Tesco Express store in Rugby Warwickshire. It took a look at the cat food aisle and then it knocked over a go-cart box of treats before finally deciding to have a nap on the supermarket floor. 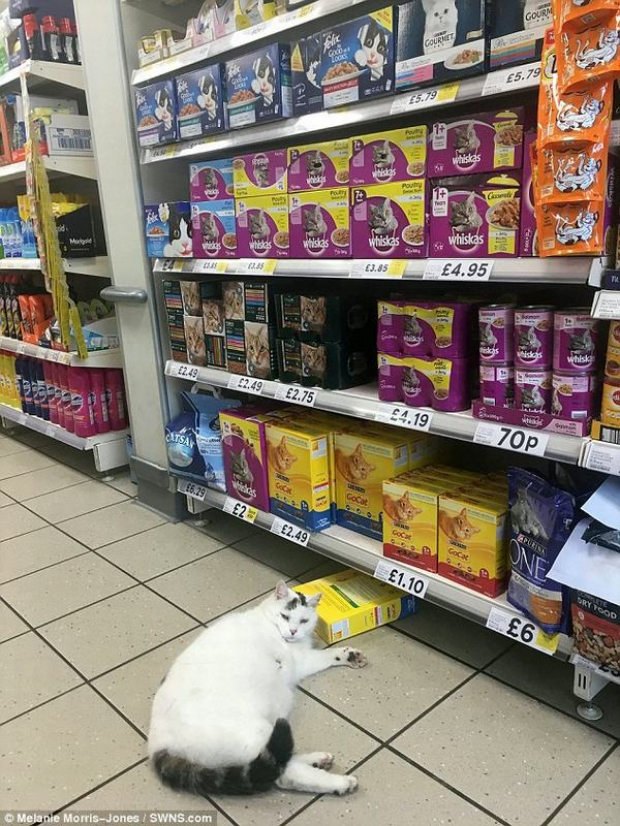 One of the customers that saw the cat was Melanie Morris-Jones. She found the cat resting at the supermarket so hilarious that she took a photo of it and shared it on Facebook. Melanie says she saw the cat lying next to the box of cat food it had knocked off and it seemed like it went for the food but then gave up for some reason. She asked the cashier if she was aware of the situation and the cashier replied that she knew and the cat was a regular customer there! 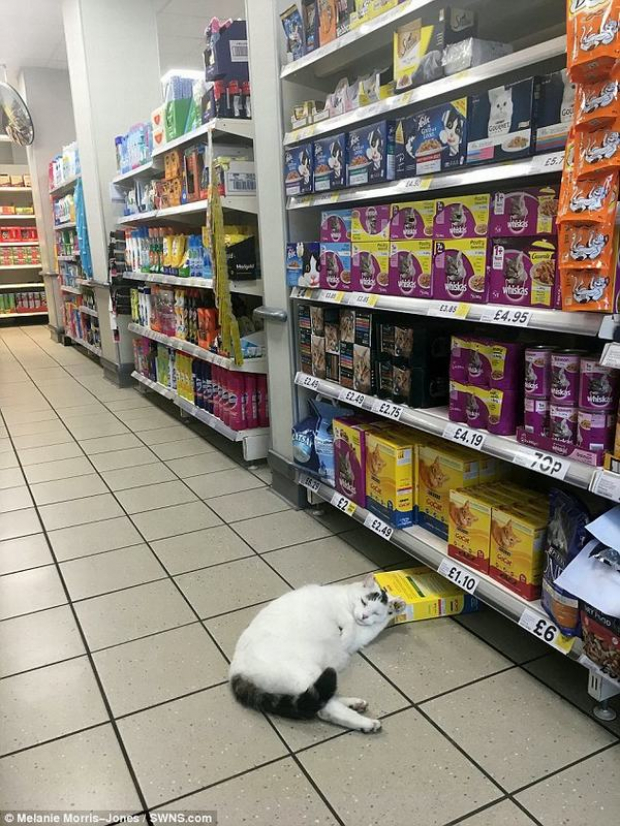 Melanie adds that she didn’t expect the photo to go viral. She just thought it was unusual to see a chubby cat chilling in the cat food aisle so she took the photo. Well, we think cats are so adorable that they can be forgiven for not paying for the stuff they want to have, don’t you think?