The BFFs in this story are a bit unusual than your regular pair of friends. Meet Paul Robertson and his adorable cat named Percy. The duo has a very strong connection, and they are basically inseparable. 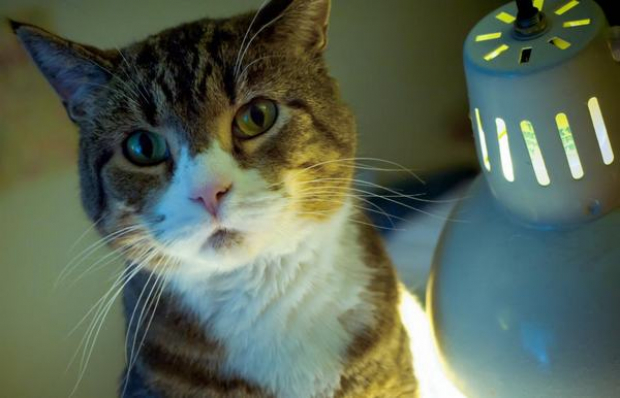 Paul is a truck driver and while he loves his job, it can be a bit lonely when you have to drive for long long hours and days. Paul adopted a cat named Howie a couple of years ago to feel less lonely, but unfortunately, Howie died in 2017. So, Robertson started to feel lonelier than ever. 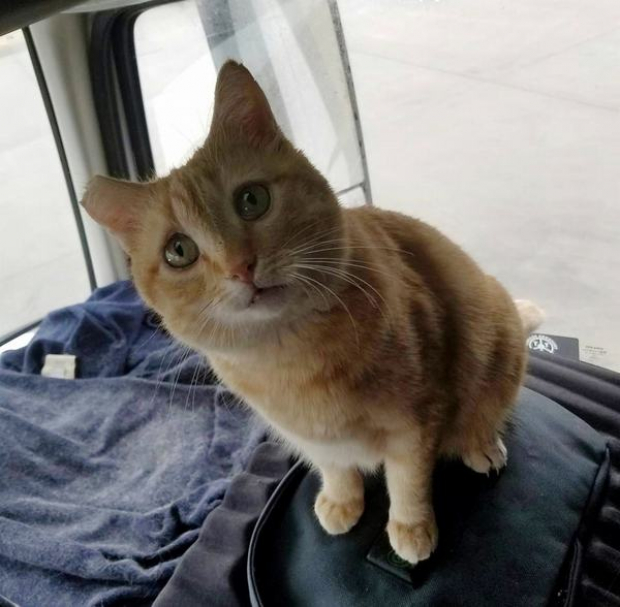 That’s why he decided to visit an animal shelter once again to find himself another companion. That was how he met this orange stray cat that had been found on the streets named Percy. 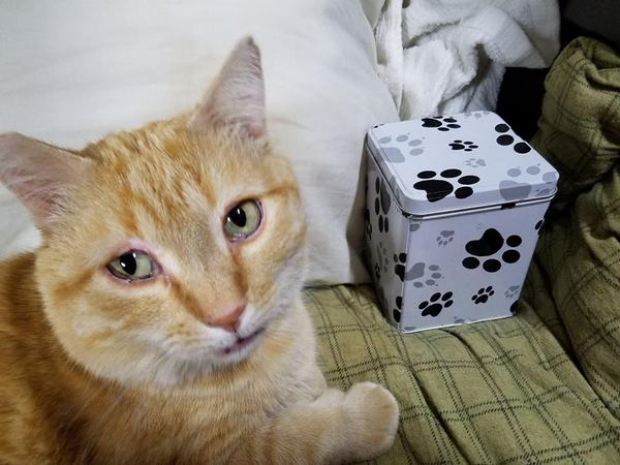 Since he had to spend a portion of his life on the streets, Percy had a rough life along with a couple of problems. He was missing canine teeth and he had an injury right above his right eye. Paul thought he would be a perfect friend for him, though, and ended up adopting him. 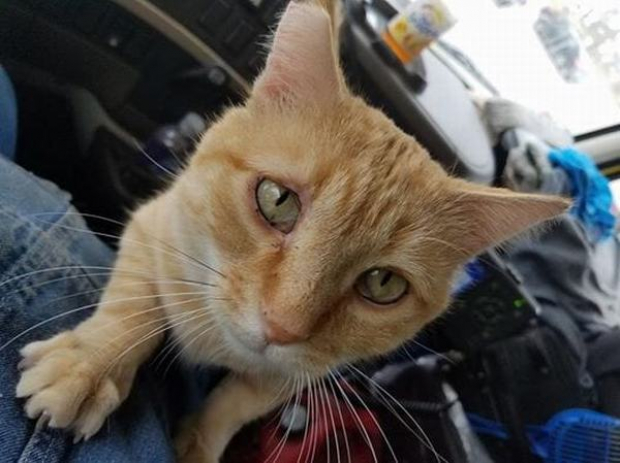 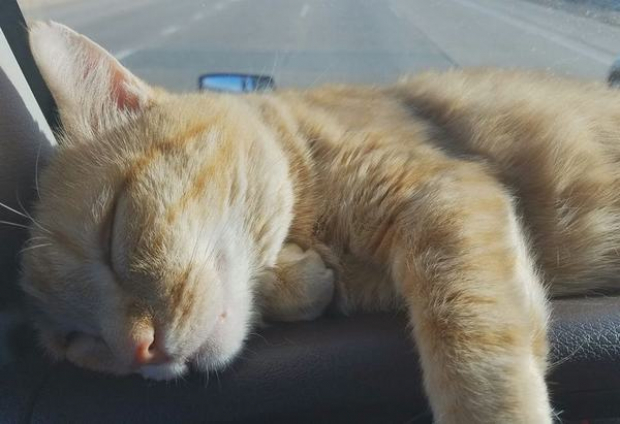 Percy warmed up to Paul in no time and became the perfect companion for their long-haul trips. The cute cat loves riding in the truck and watching the road from the window. The two formed a perfect friendship, and now they are doing everything together. 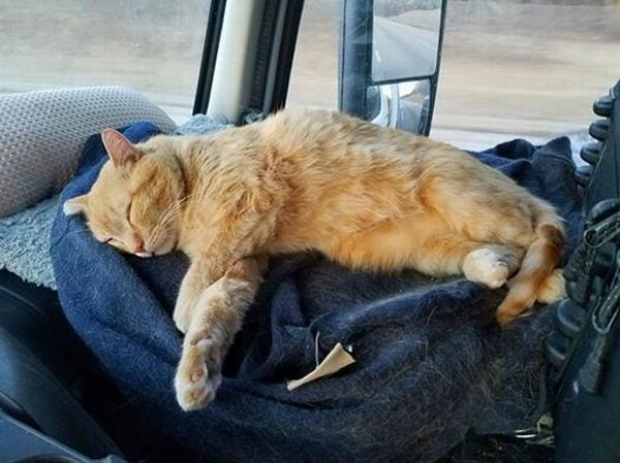 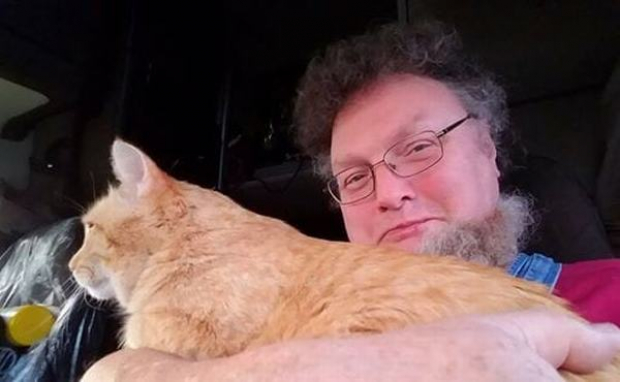 They’ve been together for more than three years now, and they are enjoying every second of their lives. 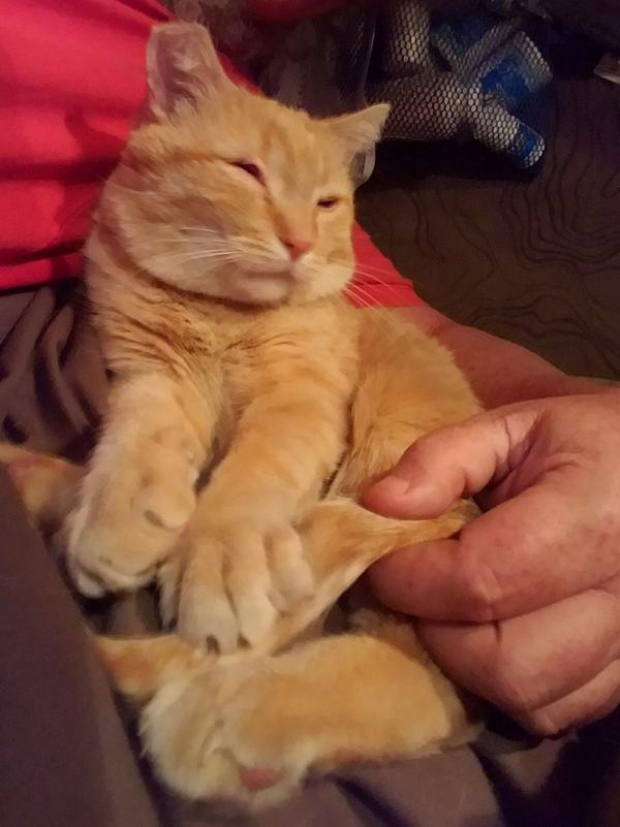 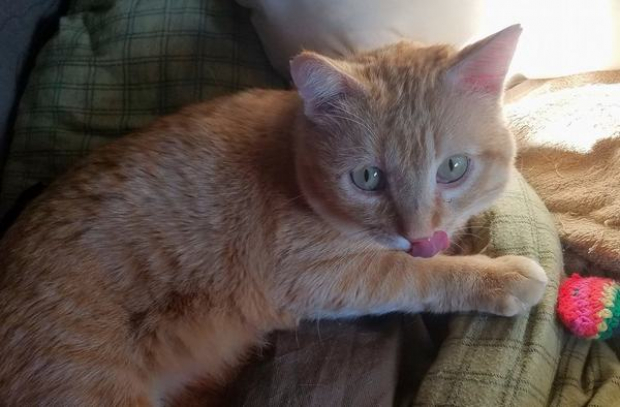 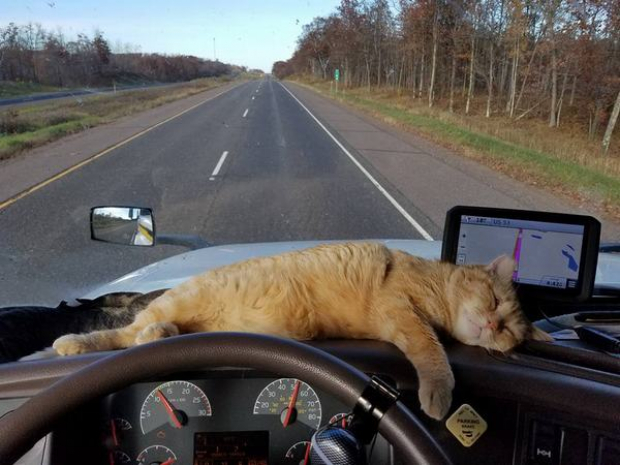 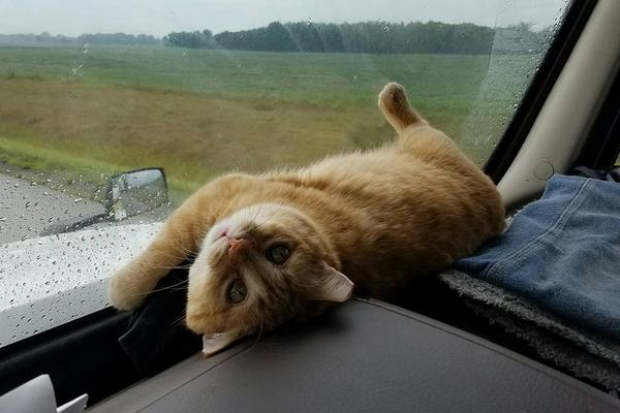