Meet this fluffy Maine Coon cat named Valkyrie. When she went viral in the summer of 2018 due to her unique facial features, she was the only kitten with a human face that we knew of, but now she is not the only human-faced cat in her home! 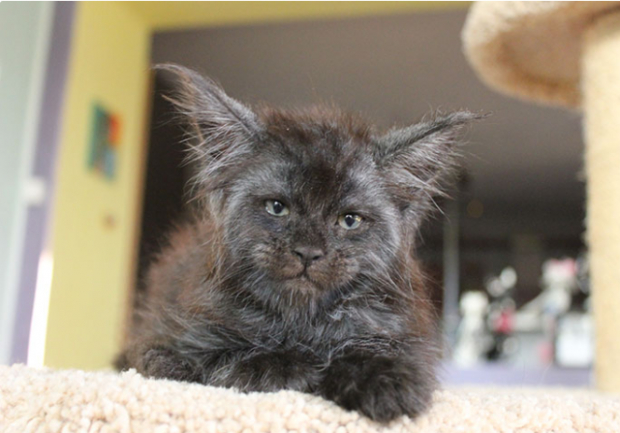 Cat owners enjoy talking with their cats every now and then even though they’re not capable of answering back. Valkyrie can’t speak the human language either, but her facial expression just tells a lot, don’t you think? 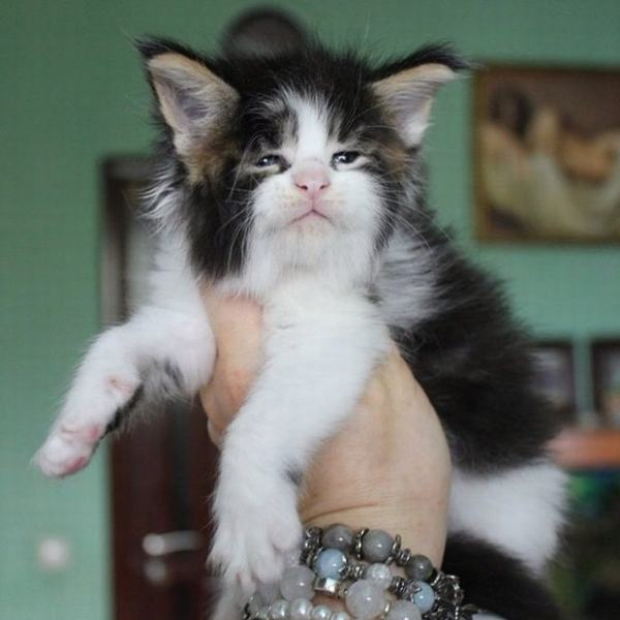 Valkyrie is a bit older than one year old now, and she has siblings that look just like her! 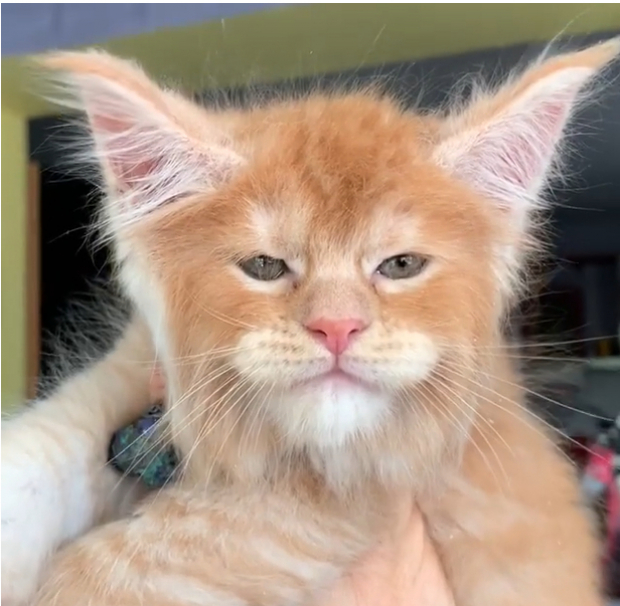 Their furs are all different colors since the color of Maine Coons may vary greatly. 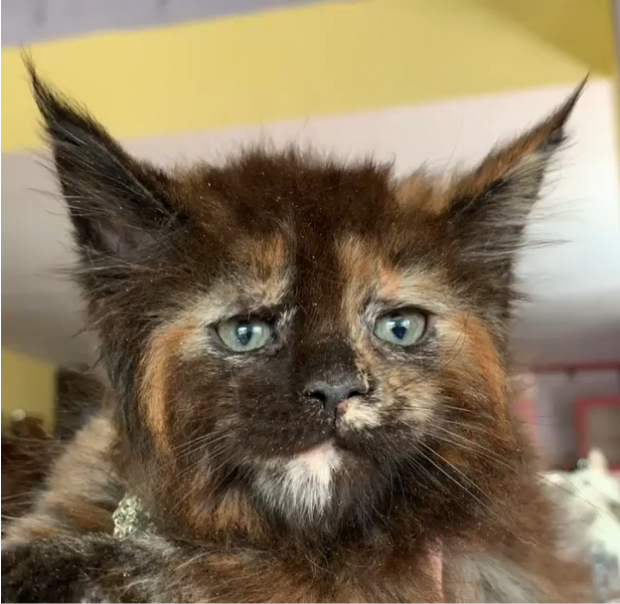 We even have a Calico! 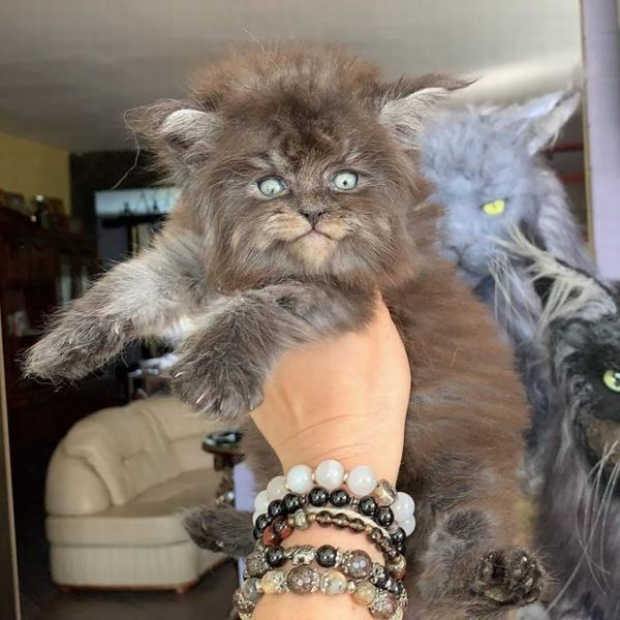 Valkyrie’s foster mother Tatyana Rastorgueva is a felinologist and a breeder and also the owner of Catsvil County Maine Coon Cattery in Russia. Most of the kittens spend time with her before they go to their forever homes and that was also the case with Valkyrie who has started to live with her new family since her internet debut. It wasn’t easy for Tatyana to leave Valkyrie. Tatyana became so obsessed with Valkyrie’s unique look that she set out to aid nature in producing more cats with human features. 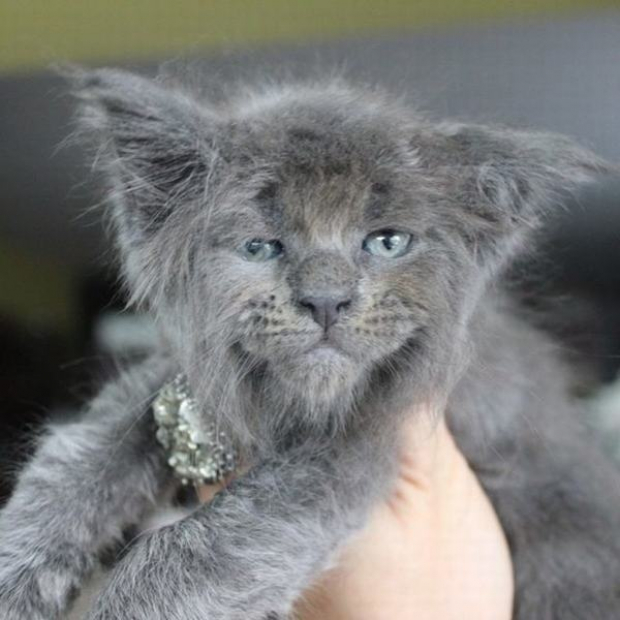 She started to use the process of selective breeding to achieve what she wanted. So what does ‘selective breeding’ mean, you may ask. “It’s also known as the artificial selection and it’s a process used by humans to develop new organisms with desirable traits and features.” To simplify the matter, Tatyana basically chose two cats from her litter that resembled Valkyrie the most to produce more human-faced cats. In this specific case, she chose Vatican as the father and Lucien as the mother and she managed to get more babies that look exactly like Valkyrie! 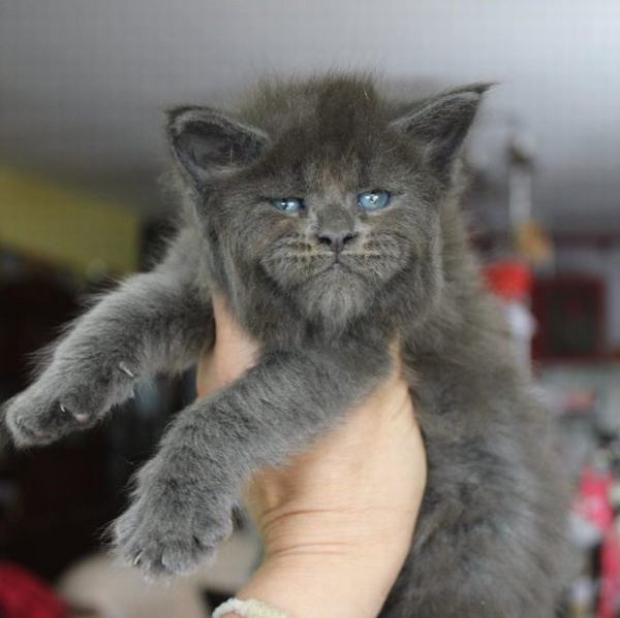 Thanks to her human-like face, Valkyrie can give the camera some very human emotion. The kittens are no different from her when it comes to modeling. They’re all so fluffy and charming if you ask us.