Meet Mami, the cat with the saddest eyes you’ve ever seen. We would like to tell you that it’s just her expression, and nothing more, but this poor kitty actually has a sad backstory. She was found huddled in a dumpster with her mother and siblings on a cold winter day. Luckily, though, Mami and her family were taken in by a rescue to provide them with a better life. Enter scene Sinead Brooks and her then-boyfriend (now husband) Riley. This couple from San Fransisco was living in an apartment that didn’t allow pets at that time, but Sinead just couldn’t bear to see Mami so sad. She said: 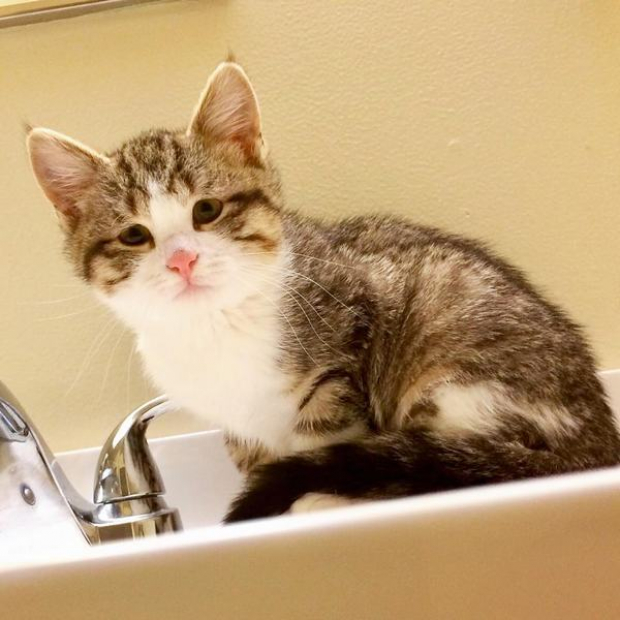 “My best friend sent me the picture of this rescued cat family and when I saw it, I didn’t even talk to my husband, I just said ‘If the white cat is a girl, I will take her!’ There was something very unique about her. It seemed like she has had the same personality ever since she was a kitten and due to that and her charming face, I immediately felt a connection.” But why is she so sad all the time? 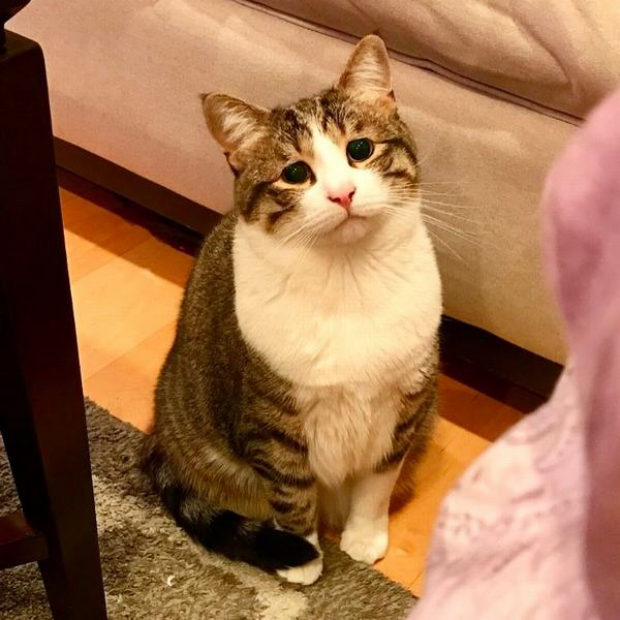 “According to our vet, her eyes look that way because something happened during her development that kept her skull from developing and thus created the different bone structure that she has. She sometimes has problems with her eyes, though. We are currently monitoring her right eye which has caused her a lot of troubles her entire life from time to time. She will need to see the vet again if it doesn’t get any better by Monday, but that’s the last case scenario since she doesn’t like the experience at all.” 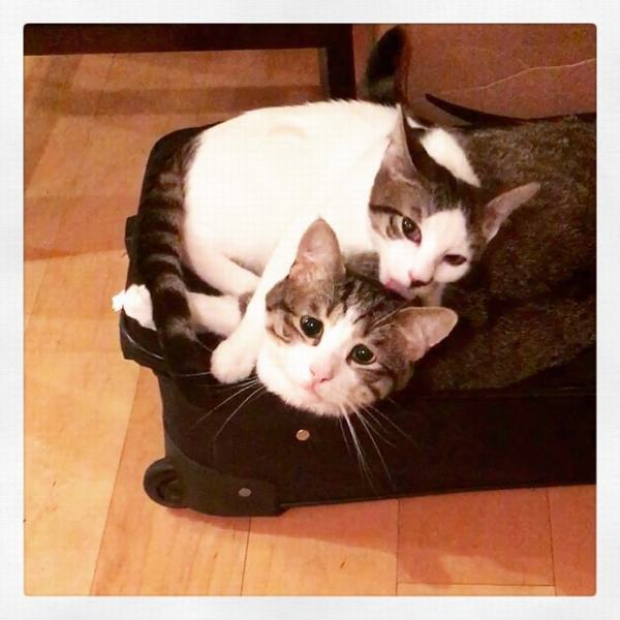 The couple had a lot of hard times with Mami in their first few months together. The cat would hide behind the toilet and hiss whenever Sinead or Riley tried to get close to her. Even though Sinead was experienced when it comes to feral cats, it was even hard for her to establish a sense of trust with Mami. “It was really hard if I’m being honest. There was a lot of frustration. Even though I have some experience with feral cats, I’ve never come across any other cat that we needed to prove ourselves so much. She went as far as to pee on me one time!” “She always kept her distance with us. She would cuddle us but not for too long. But we never stopped loving her! We saw her potential right from the start. In the beginning, she would hiss at us nonstop, but the situation changed after roughly ten days. Since we had to move when she was around one year old, the process became slower. But we also adopted her brother, Morty and that actually helped her a great deal! He taught her how to act like a normal cat. She managed to make a great process in the last six months, and she is much better with her environment now. She is very affectionate and loving and she wants to be pet whenever she falls asleep!” 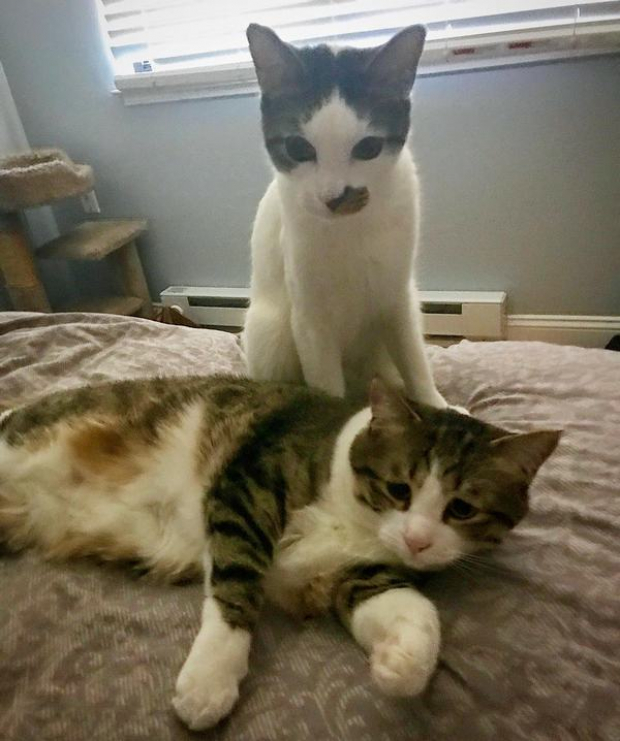 The couple wasn’t so sure about adding a new cat to Mami’s world at first, but it turned out great for her! “We really had to think about adopting Morty since we didn’t want this situation to affect Mami negatively. When we took Mami to the vet for her one-year-old check-up, we talked to the vet about the pros and cons of adopting another cat. Our vet said that even though it’s impossible to say something for certain, Mami could benefit from that. That’s how we decided to adopt Morty. Morty joined our family in June 2015. We were expecting Mami to be angry but she didn’t hiss or claw! She was looking kind of scared of him, probably because he is very energetic. Morty is definitely the more dominant one, but now, Mami isn’t afraid to show her personality either, thanks to him.” “Mami observes the things Morty does and if they’re safe and then eventually she tries them herself! Sometimes Morty gets jealous of the attention Mami gets, but that makes Mami more deliberate with her actions and that’s truly amazing! They spend some quality kitty time together every day, play together, and groom each other. We love both of them so much.” Sinead said, “Mami can still be very anxious at times and it can be very frustrating since you feel like you haven’t managed to make any progress with her at all, but then we take a step back and try to understand why she’s doing what she’s doing and if there’s a way to get her more relaxed. We are always patient with her and we want her to keep getting better and better.”