This is Fat Xiang (Lucky) and he lives in Thailand. According to his owner, he is a ‘sleepy influencer’. 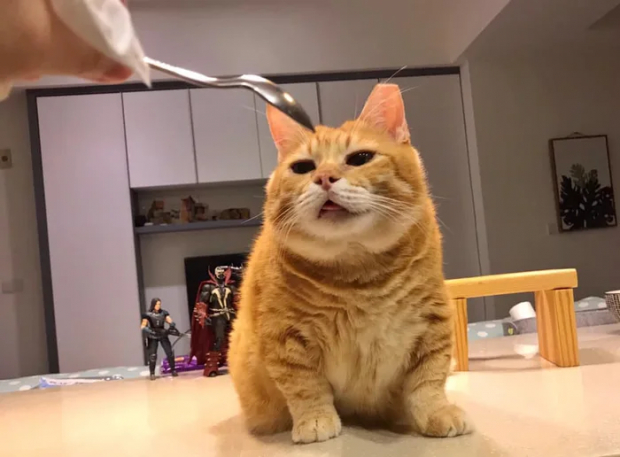 When he was found by the neighbors, Fat Xiang was injured as he was fighting with the other stray cats on the street. 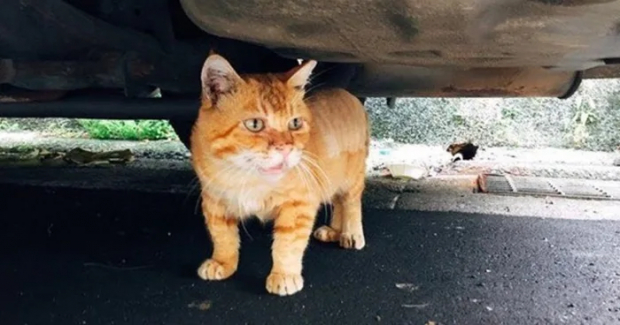 They brought him to the vet and it was then understood that he has FIV and lost almost all of his teeth. 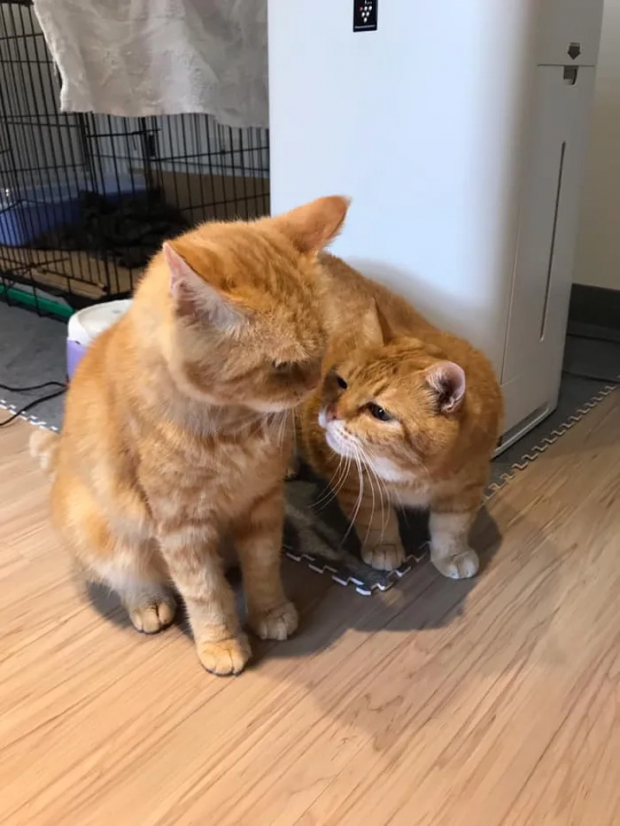 His owner adopted him in 2016, and he says that he is very happy about his decision as the cat is very chill and he is well-mannered “like an angel”. There is also another senior cat in their household named Shuai (Handsome). Shuai’s former owner died in 2019. 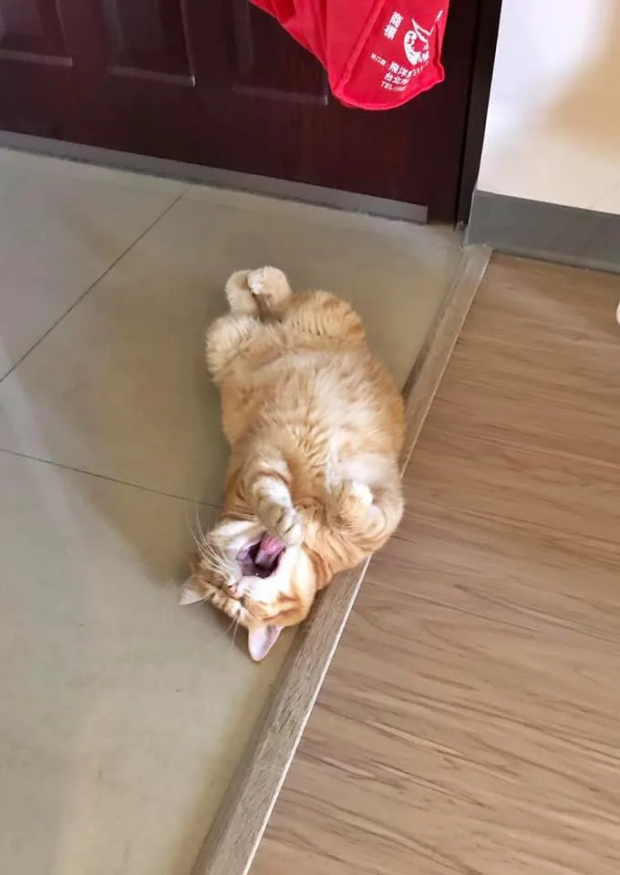 Fat Xiang is not actually that chubby, he is just a short king. 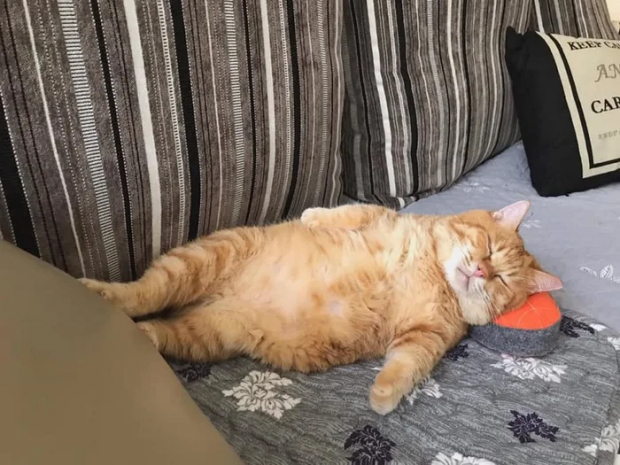 He spends most of his time napping. 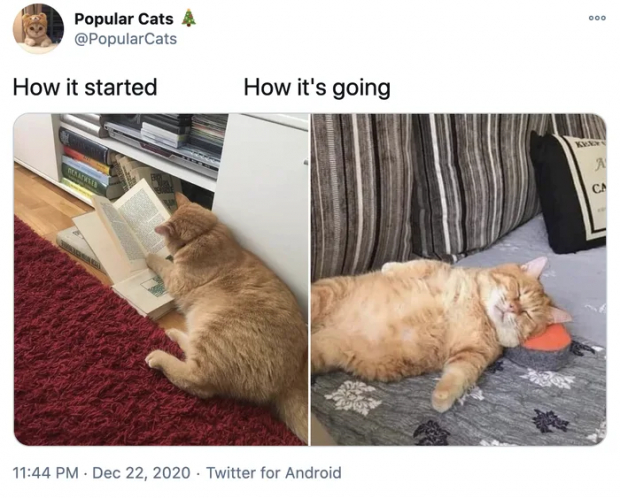 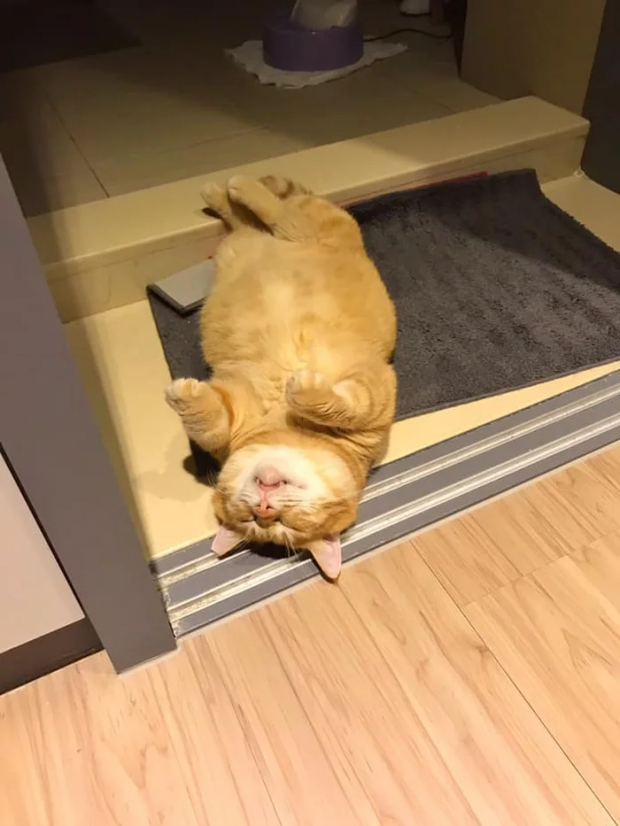 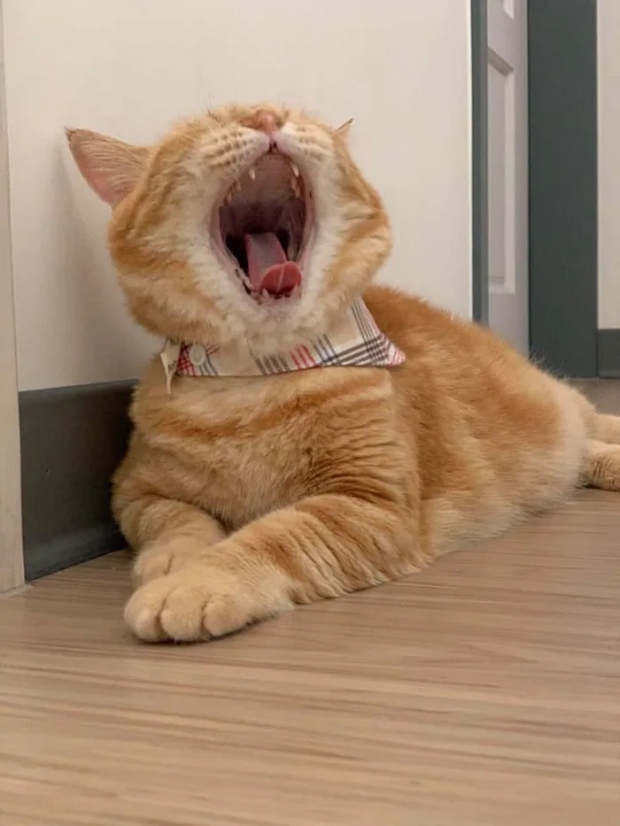 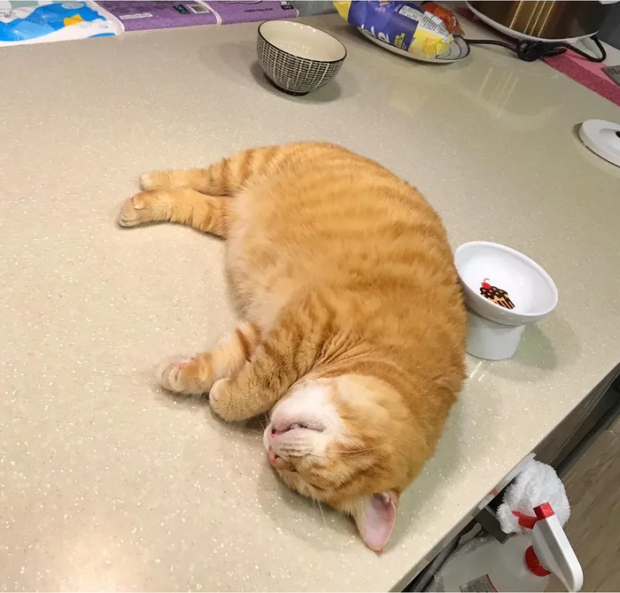 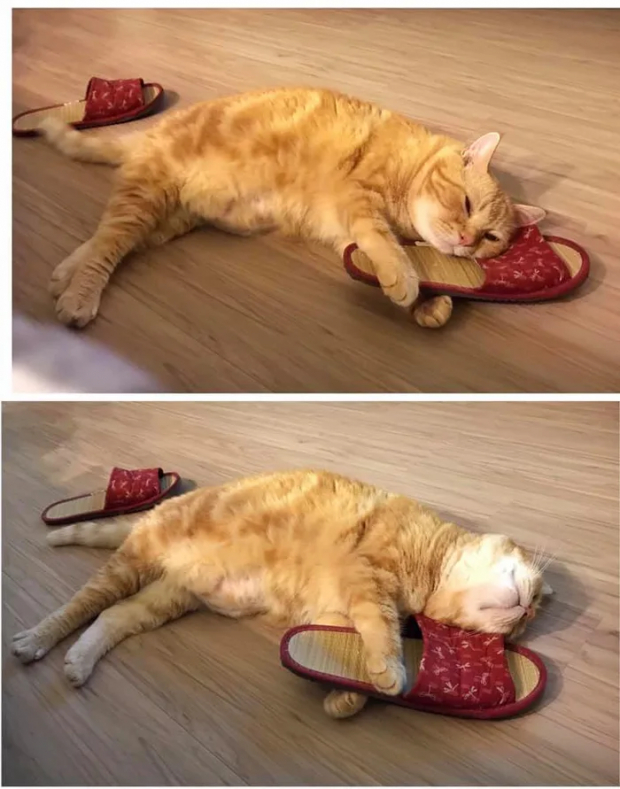 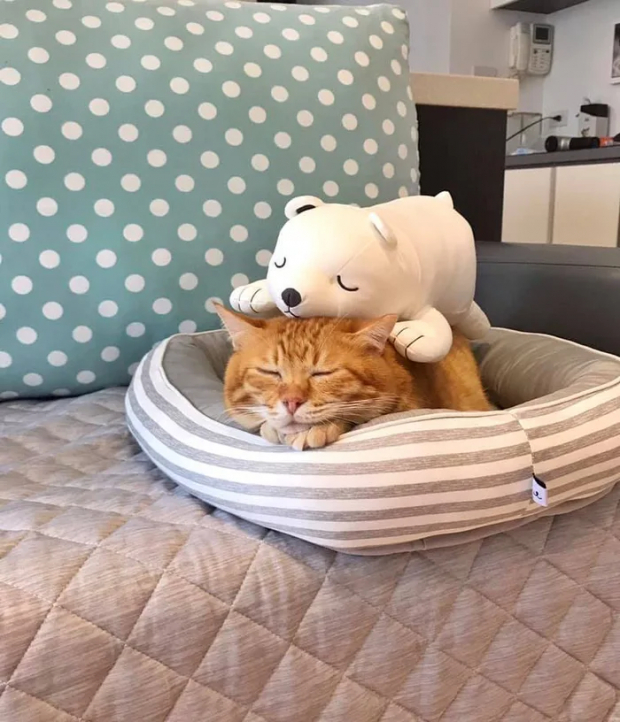 Sometimes he has some quality time with Shuai. 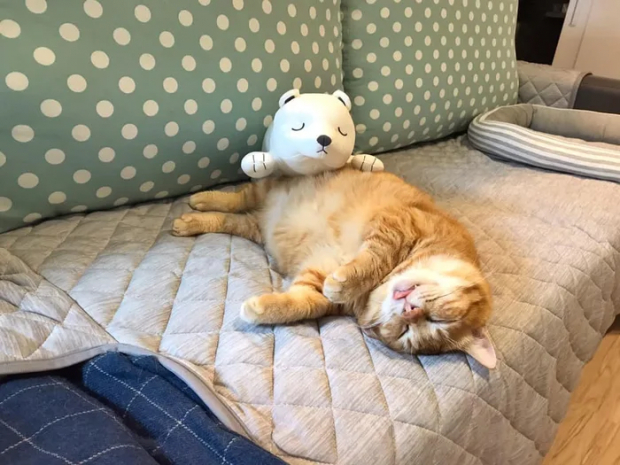 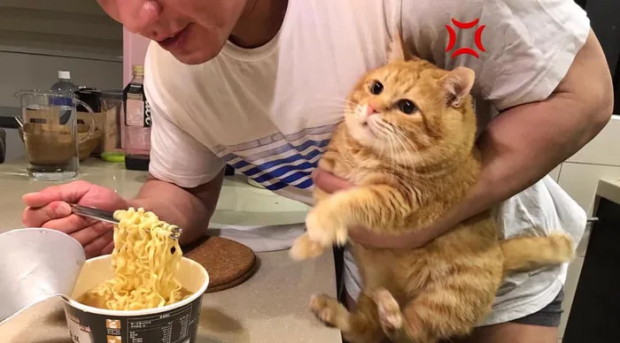 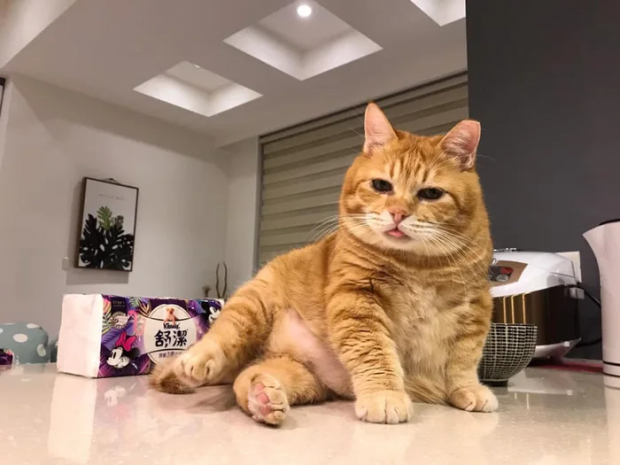 Even though he sleeps all day, he is always tired! 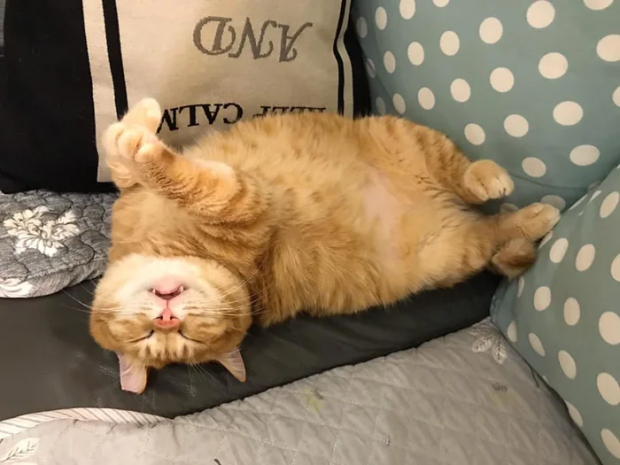 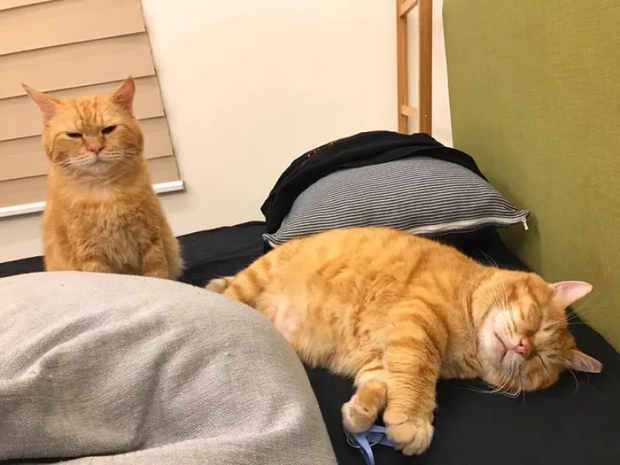 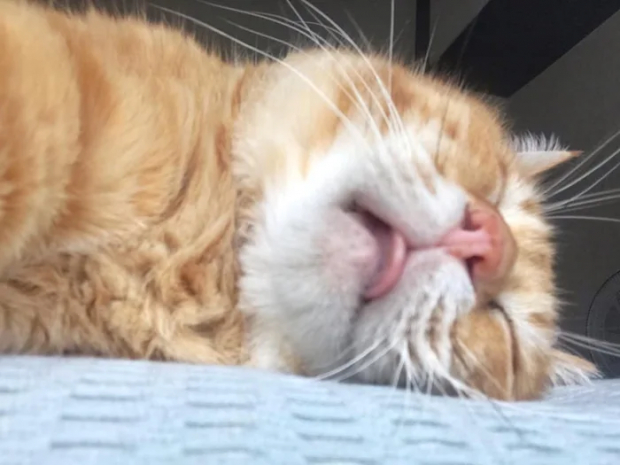 “This cheeky little thing got my spot!” 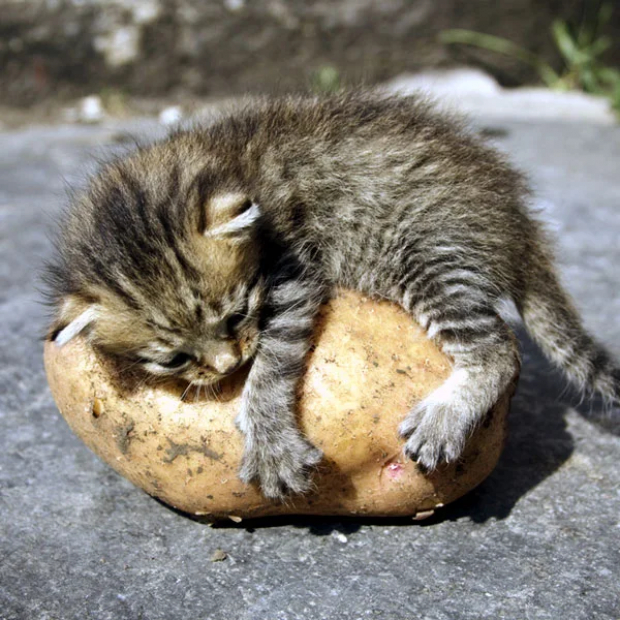 Bonus cat with a potato for you!