These two adorable kittens have never left each other alone since they were rescued, and they’ve grown up to be gorgeous cats together. 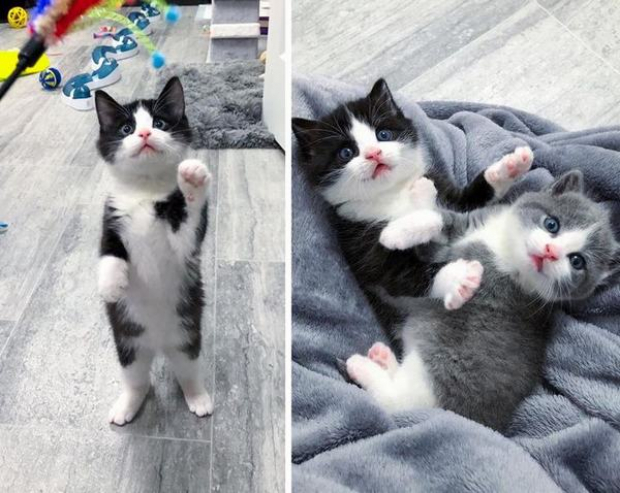 They were found by Melissa, the founder of Tiny but Mighty Kitten Rescue in Ontario, Canada. One day she saw an online listing about two kittens that were in need of help. They were only four weeks old and they were abandoned by their mother. 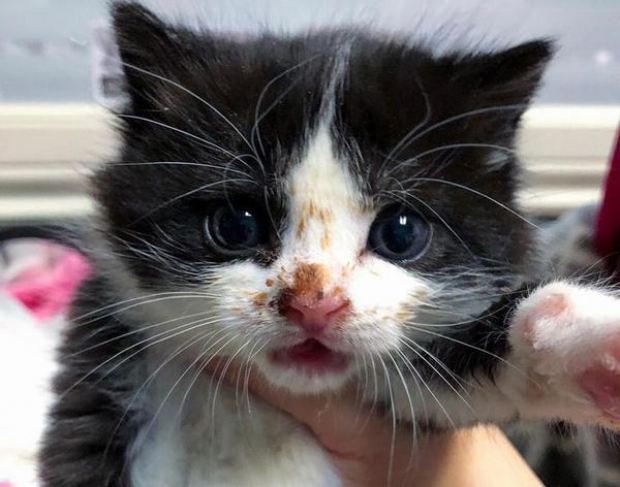 “When I saw their picture I knew I had to rescue them. I drove off to Alexandria first thing in the morning and picked these kittens up,” said Melissa. The kittens were very dirty and they were starving. Melissa fed them and after that, they curled up together in a warm and cozy bed where they slept next to each other. 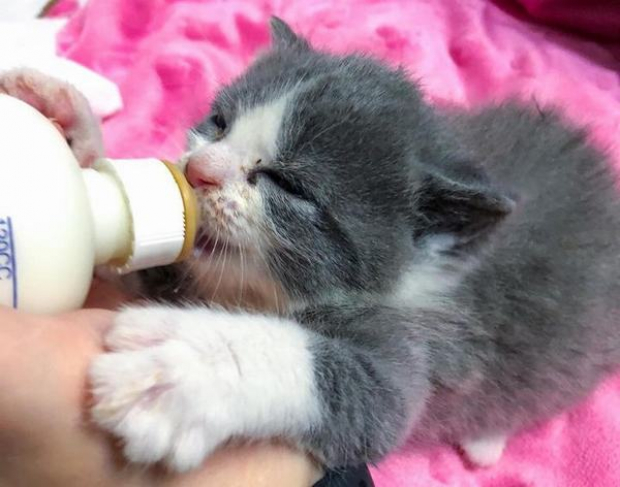 The kittens, Ace (black and white) and Indie (grey), adapted to their new environment in no time. After Melissa gave them a bath, the two kittens turned into adorable furbabies. “Indie was roughly one pound and Ace was 1.2 pounds. They quickly learned to drink from a bottle.” 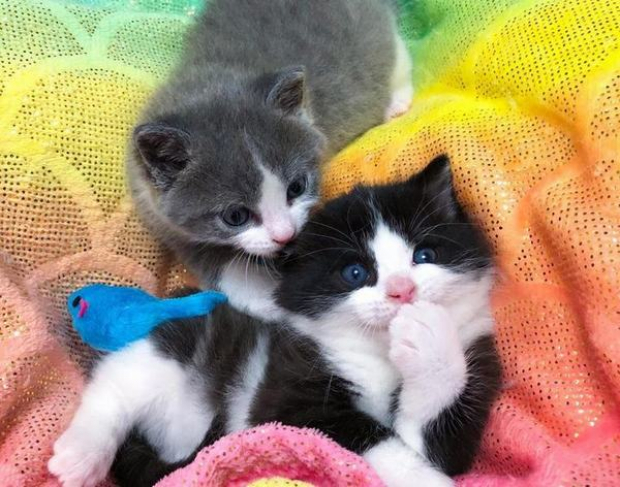 The kittens started to explore their environment and became less shy after they adapted to their new home. Melissa then realized the strong bond between them. They were doing everything together! 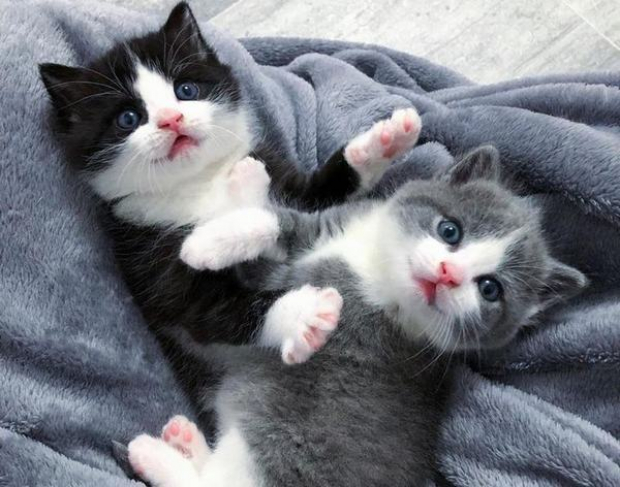 As they got bigger, so did their appetite and they started to drink from their bottles every two hours and ate as much as they liked. When Ace started to cry for food or snacks Indie joined him too and they made an adorable brother and sister team together. 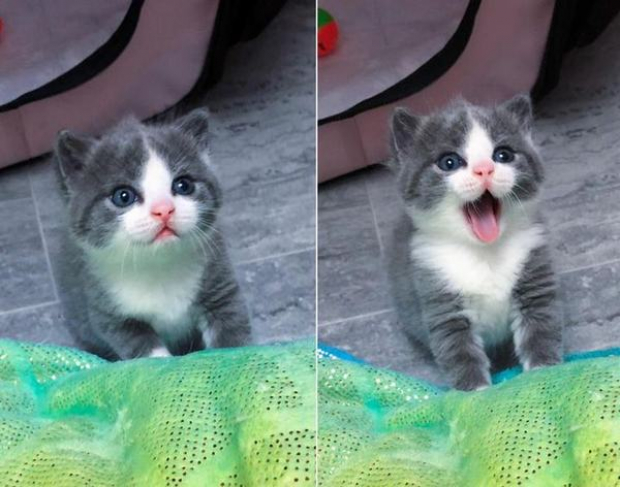 Ace was the brave one of the two and he was also very energetic. Indie was also trying to catch up with her brother as she didn’t want to miss out on the action. The kittens then ended up falling asleep together as they got exhausted after their playtimes. “Ace was using Indie as his pillow while they were sleeping and she was purring so much that his head bobbed when they were napping,” shared Melissa. 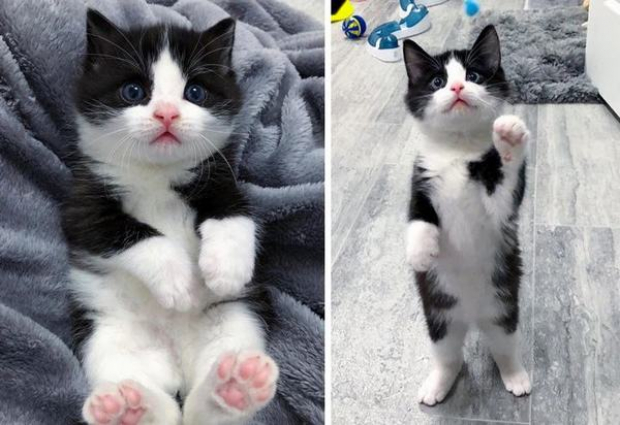 When they finally learned to eat from their dishes, they were also doing it together, side by side. If they weren’t eating or sleeping they were just playing and running around the kitten room until they got very exhausted. 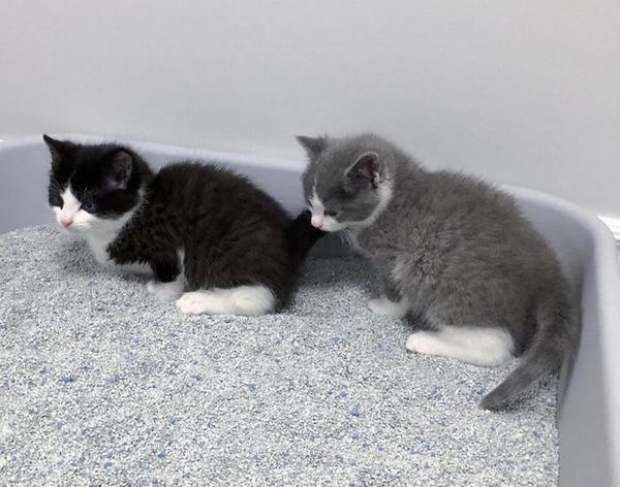 They were basically inseparable, and they were doing everything together including using the litter box! 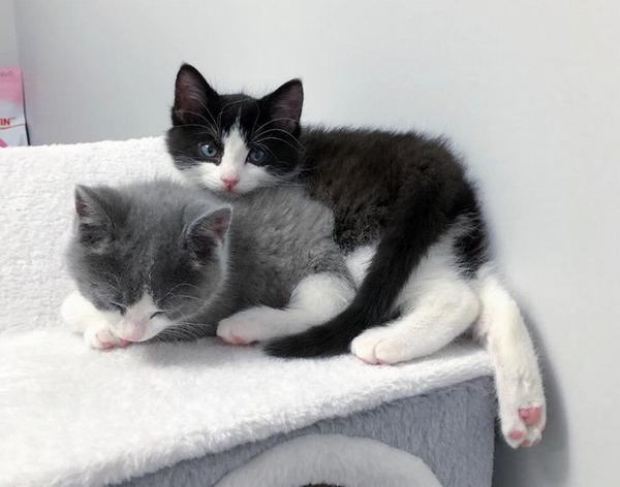 Melissa also gave them a new cat tree to climb on. The siblings learned to climb on top and cuddle together in no time. Indie is the cheeky one of the two and she is giving everyone kisses, while Ace is the fearless boy who is full of energy and he just likes playing all day. 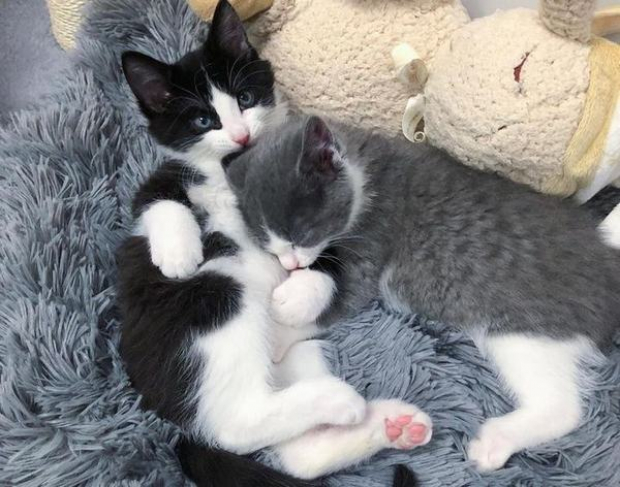 Ace is so fond of his sister that when she’s not around, he will immediately search for her. “This one time, I had to bring Indie upstairs to quickly grab something, and Ace immediately started screaming at the top of his lungs!’ 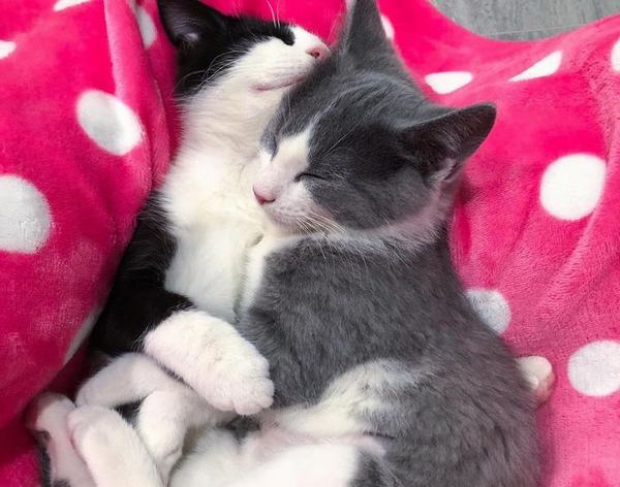 “It didn’t seem like the surgeries really bothered them that much when they were neutered and spayed, they were much more uncomfortable with the fact that they had to be apart in separate carriers when they were at the vet,” said Melissa. “But they were really happy again when they got home.” 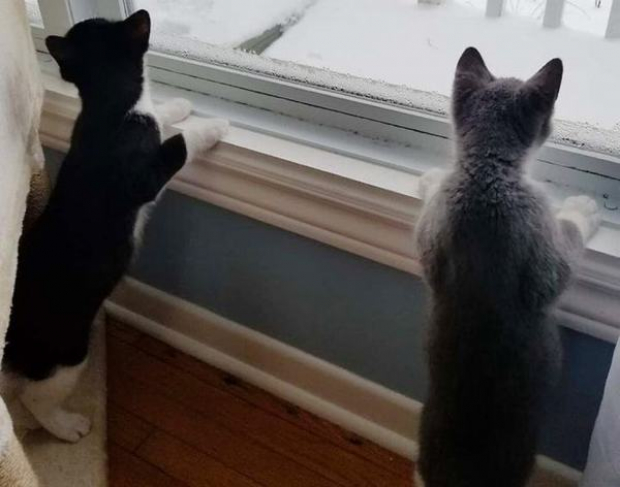 Melissa knew that she had to find someone that was willing to take them in as a duo when it came to finding them a forever home. Luckily, they managed to find a loving family that wanted to take them both home. “I met the family that wanted to adopt them and thought they would be perfect for these adorable cats. I’m so happy that they managed to find a loving home for themselves,” Melissa added. 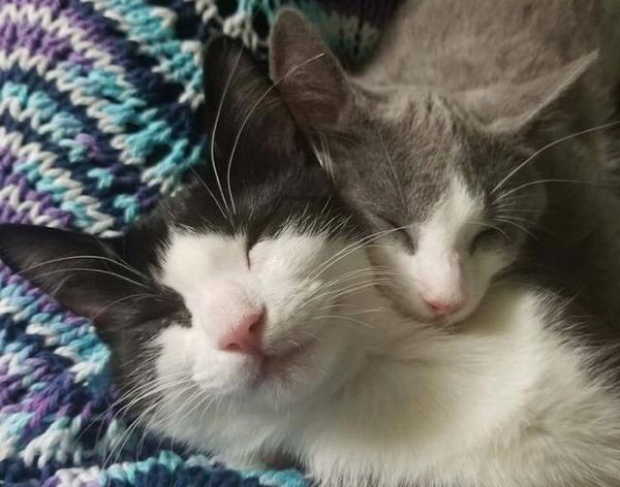 Ace and Indie have grown up to be beautiful cats now, but they’re still doing everything together just like they used to do. According to their new family, they always have to be together even when they are sleeping! 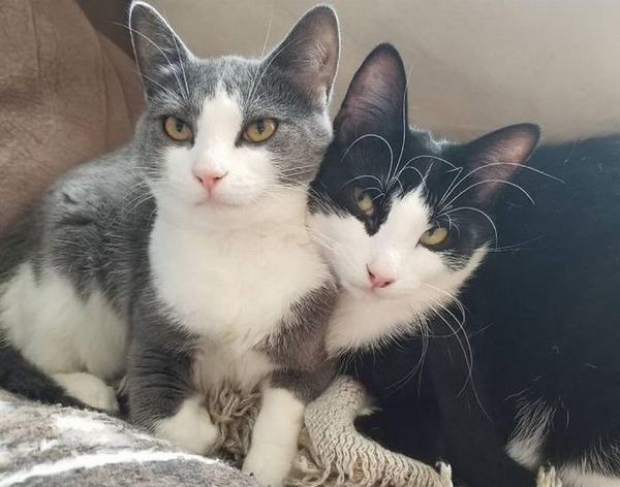 “They sleep all day and play all night, but they’re always together.”