Disney’s beloved animation called The Aristocats was released in 1970. It tells the story of a family of cats owned by an extremely rich retired opera diva. In the film, the mama cat named Duchess and her three kittens named Berlioz, Marie, and Toulouse grow up in a very extravagant lifestyle. When Madame decides that her fortune should be bequeathed to her cats until they die, the butler of the house kidnaps them as he wants to speed up his inheritance. An alley cat named Thomas O’Malley helps the adorable family of furballs find their way back home. This musical animated film has a special place in the hearts of many cat lovers even now, and this Texas resident named Shelby Sewell-Lopez is definitely one of those people. When she named a gorgeous white cat in 2018, Shelby decided to name her Duchess because of that. But poor Duchess wasn’t really healthy when she got adopted. She was very weak and had a hernia, and due to a multitude of parasitic infections, her hair was falling out. 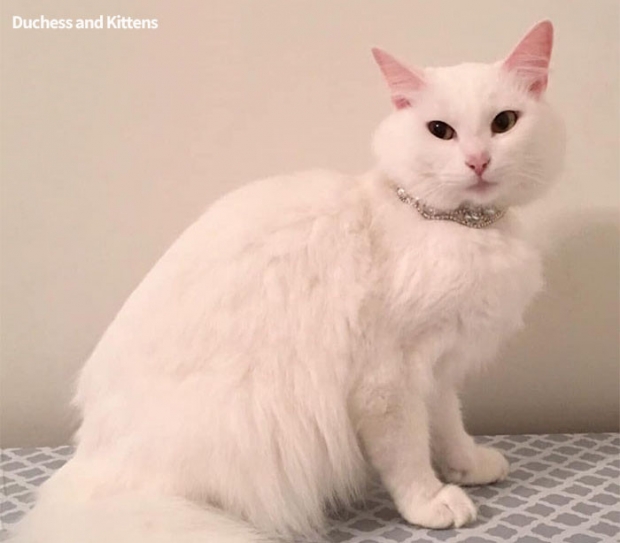 However, Shelby was determined to get the cat back to her full health. She said: “Through all of the rehabilitation, she managed to stay calm and sweet and a beautiful cat emerged. She is a very chill cat, the only thing that annoys her is the vacuum cleaner!” 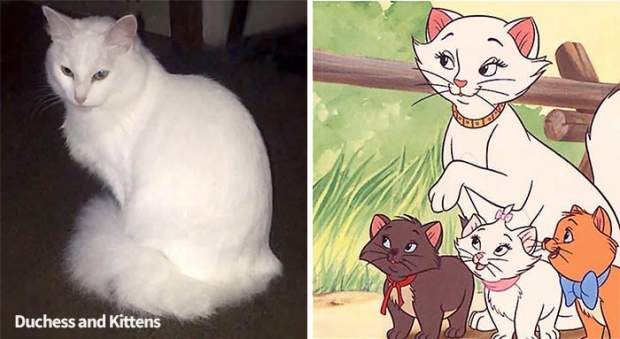 Duchess transformed into this sweet, elegant, and stunning cat she was born to be! 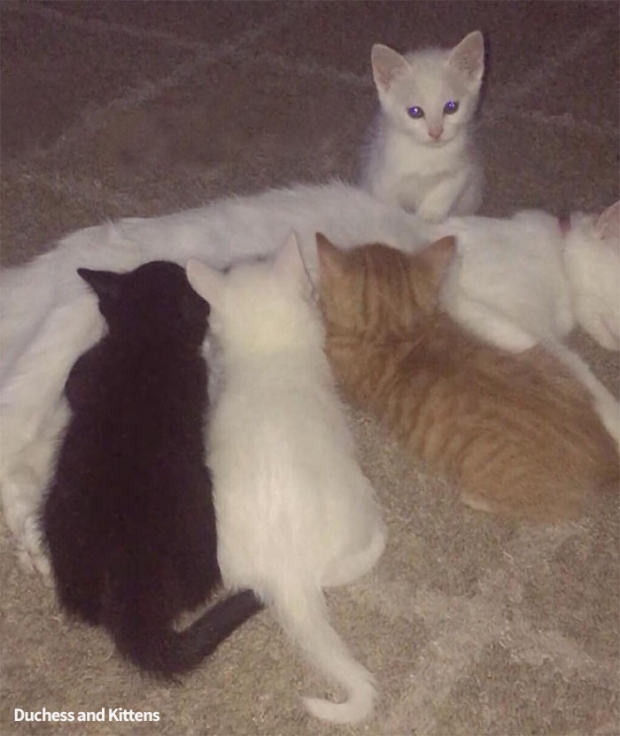 Shelby and her family were initially thinking Duchess was spayed. However, they learned that this wasn’t true when they opened a closet one day and found Duchess curled up with what, at first, appeared to be a mouse. When they got closer, though, they realized the “mouse” was actually a newborn kitten! Soon after that, Duchess gave birth to three other lovely kittens! 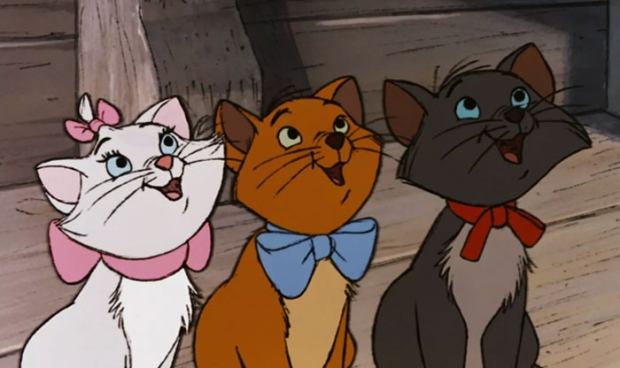 The first three kittens she gave birth to were looking exactly like Berlioz, Toulouse, and Marie from The Aristocats. She also gave birth to a fourth kitten after these, and they decided to name her Blue. Shelby says: “Even though Blue is not an original member of the Aristocats, he is the most affectionate and absolutely steals most of the attention.” Although Duchess didn’t always have the best life, that hasn’t hindered her ability to be an excellent mother for her kittens. Duchess was always watching her kittens grow up and explore their surroundings as an affectionate and devoted mother, following them everywhere they went.

Shelby says, Duchess did go a little bit spoiled during her recovery, however, as they were bringing all her meals and water to her feet. 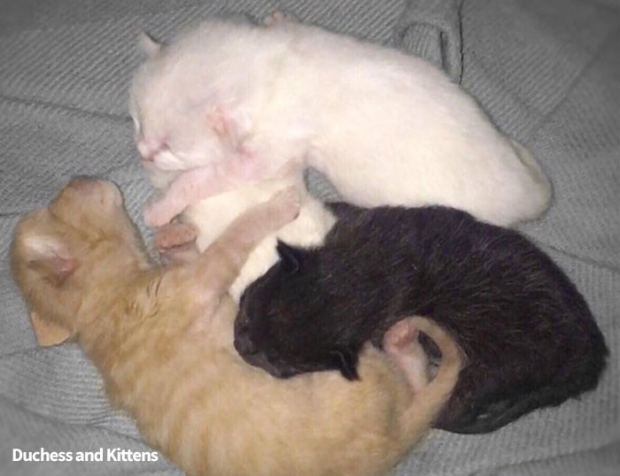 Even though some people have no problem dealing with four kittens, it can be hard to take care of them for a small family. However, Shelby simply couldn’t bring herself to separate this adorable cat family! Shelby was determined to keep all the kittens together right from the start, but apparently, her husband needed a bit of convincing. 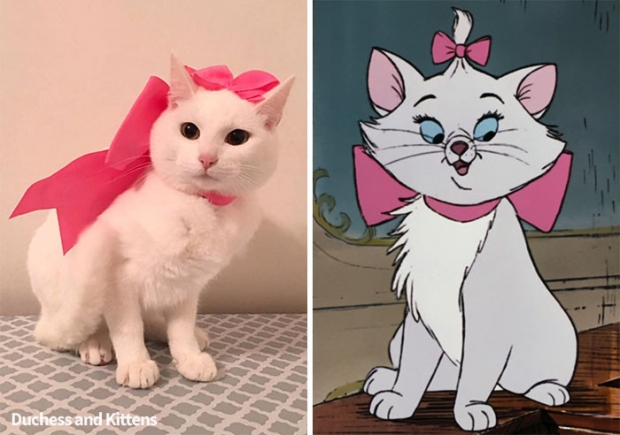 The kittens are growing up to become gorgeous cats: 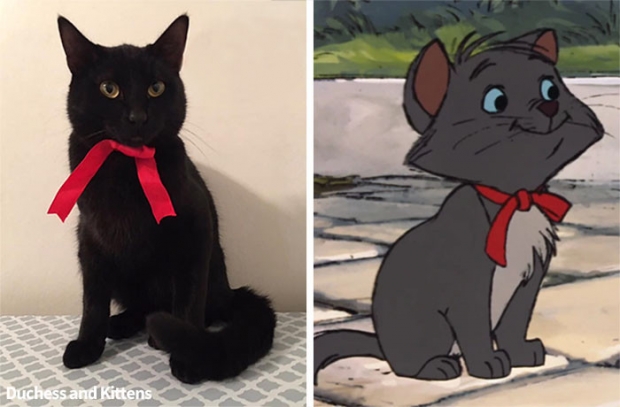 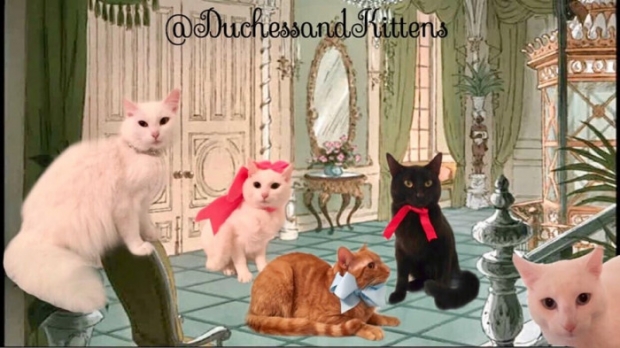 You can also follow Shelby and her adorable cat family and their adventures on their Facebook page.

As you would expect, they have a lot of fans! They are giving joy to a lot of cat lovers, especially the ones that are also fans of the movie The Aristocats, needless to say! 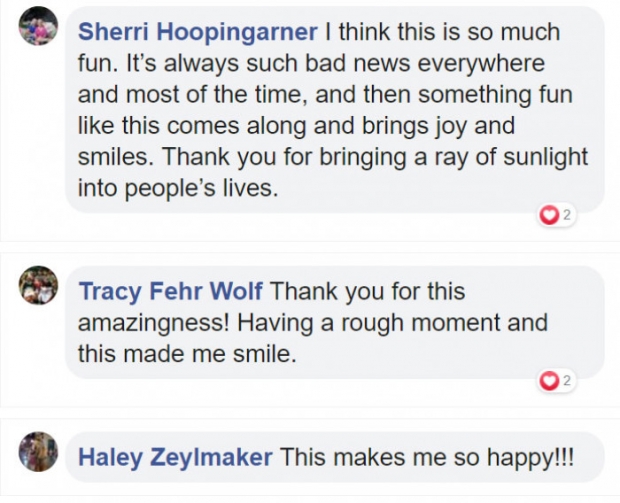 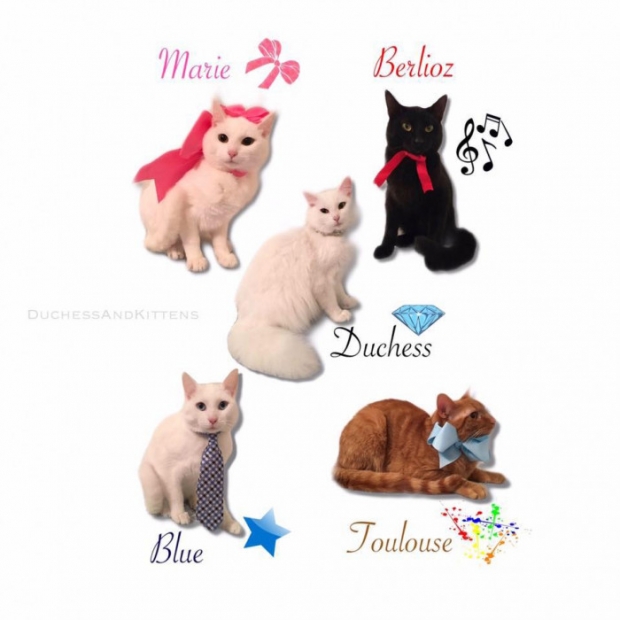 Shelby’s family is using the attention they are getting to bring awareness to other cats like Duchess, who need love and affection to overcome obstacles and heal.