There are lots and lots of cat breeds in this world, and each of them has its own unique features. But Maine Coons manage to stand out even more compared to other domestic cats, we might say. Do you want to know why? Then check our list out for more information on these majestic creatures! 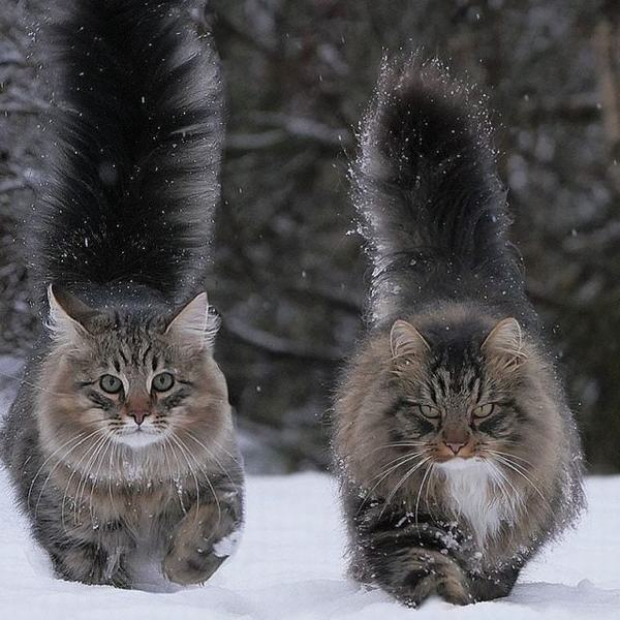 First of all, they are absolutely gigantic! On average, a female Maine Coon cat weighs between 8 and 12 pounds, and when it comes to males, they range from 13 to 18 pounds! To make it easier for you to understand, we must say a normal house cat weighs around ten pounds. 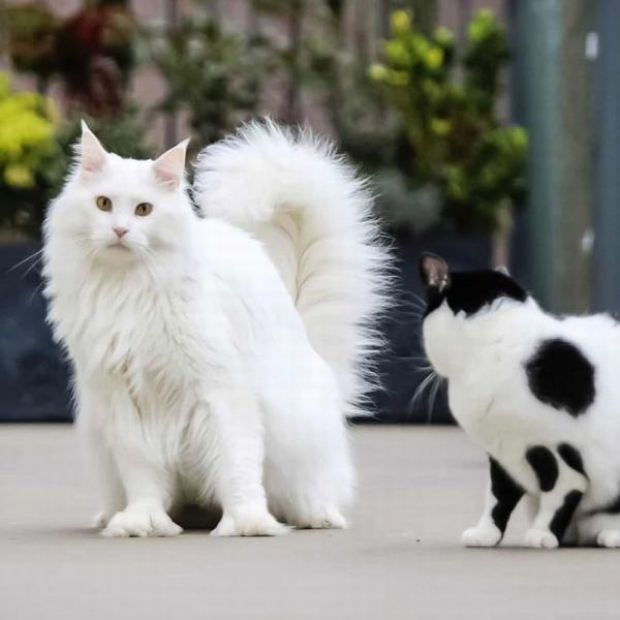 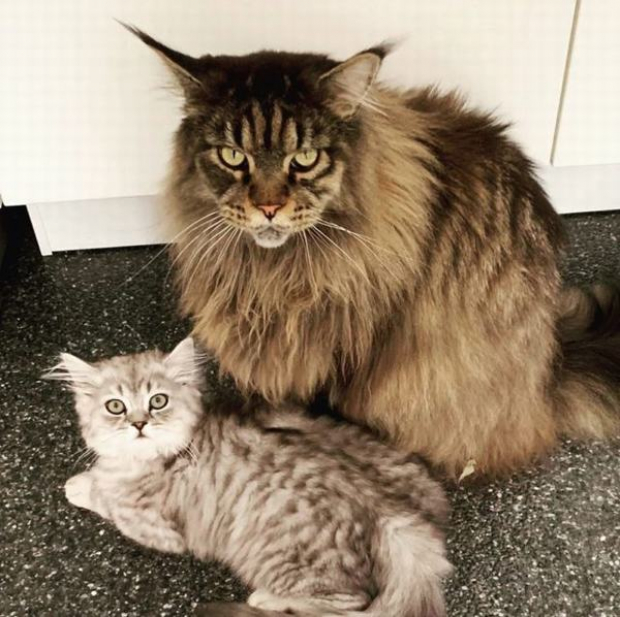 They also reach impressive lengths as well. The average Maine Coon measures out to a bit more than three feet. The record for the longest cat, however, belongs to this Maine Coon cat named Ludo the Maine Coon who measures in at 118.33 centimeters (a bit more than 45 and a half inches). That’s roughly the height of a six-year-old kid! 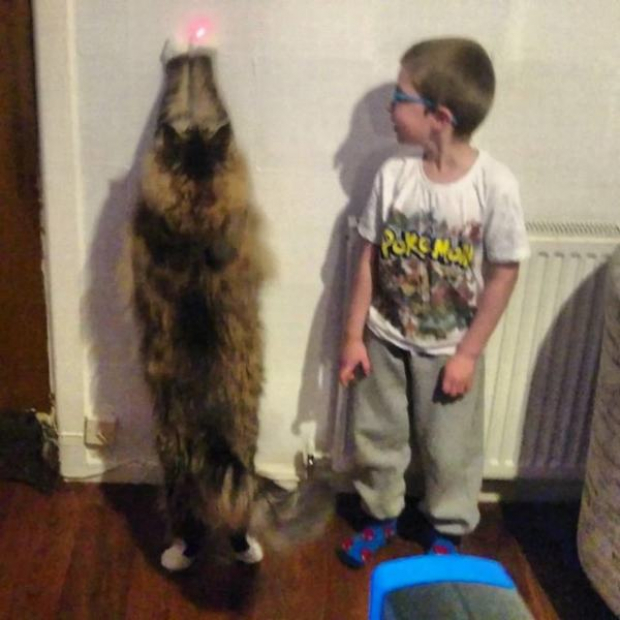 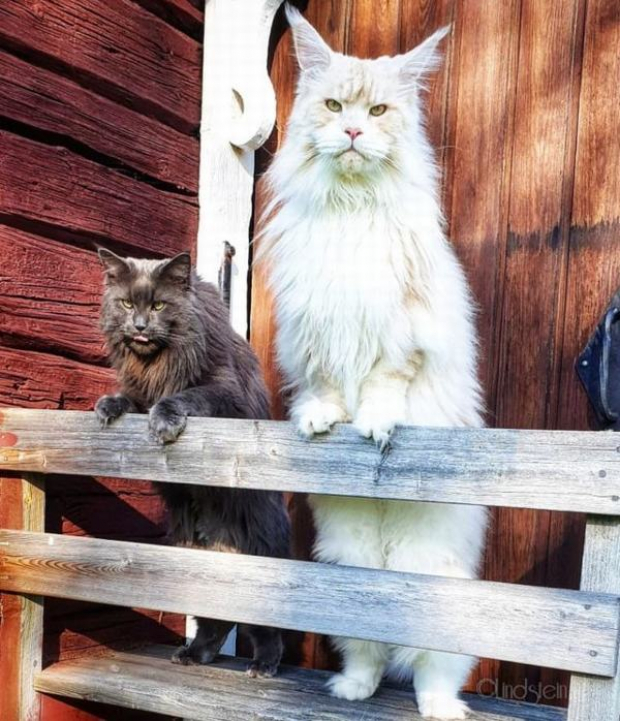 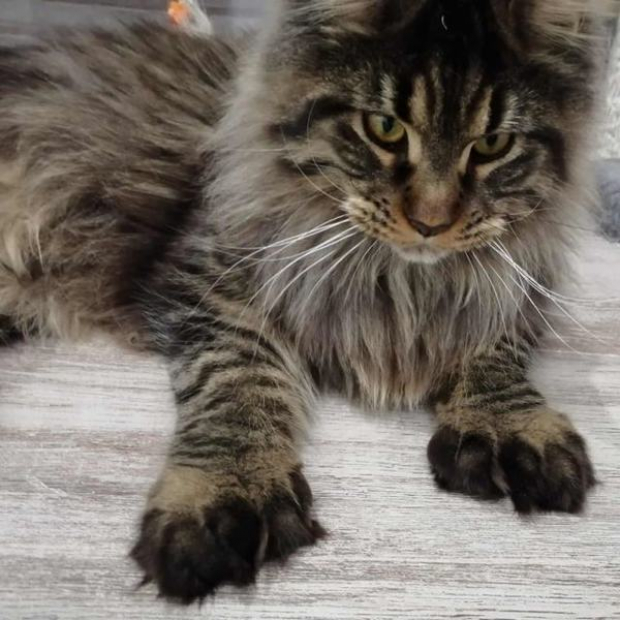 Their paws are also huge! As they’re adapted to cold climates, their paws are usually white in color and also very big and that helps them walk in the snow. That’s why another name for Maine Coons is Snowshoe cats. Their toes or thumbs also make their paws appear bigger 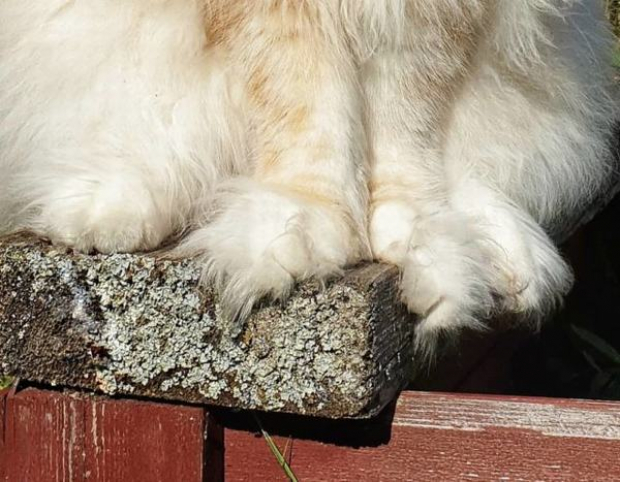 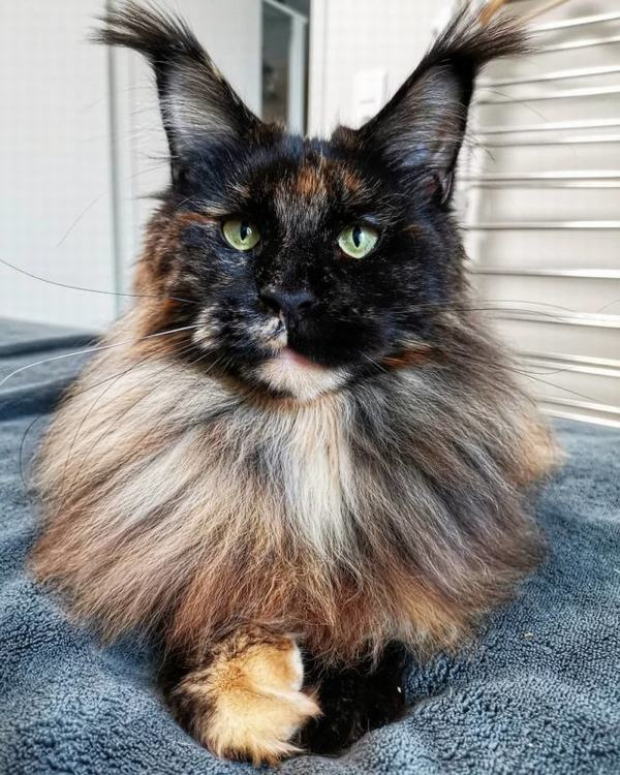 They have the fluffiest furs ever. As the Maine Coon comes from New England, the breed has this thick fur that keeps them warm in extremely cold weather. Even though their fur is long and thick, it doesn’t get matted and they only require a little bit of brushing every now and then. In addition to their fur, they also have a glorious mane around their neck which thickens during winter to protect them from the cold. They also have pointy ears, which is another distinctive feature of the breed. 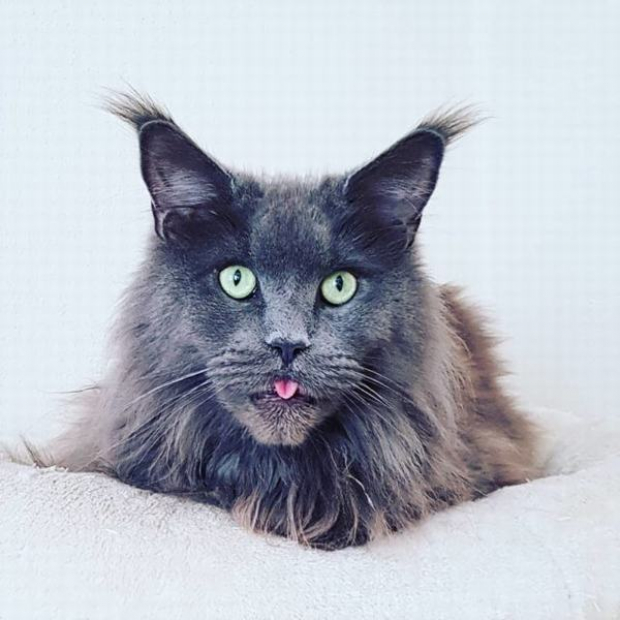 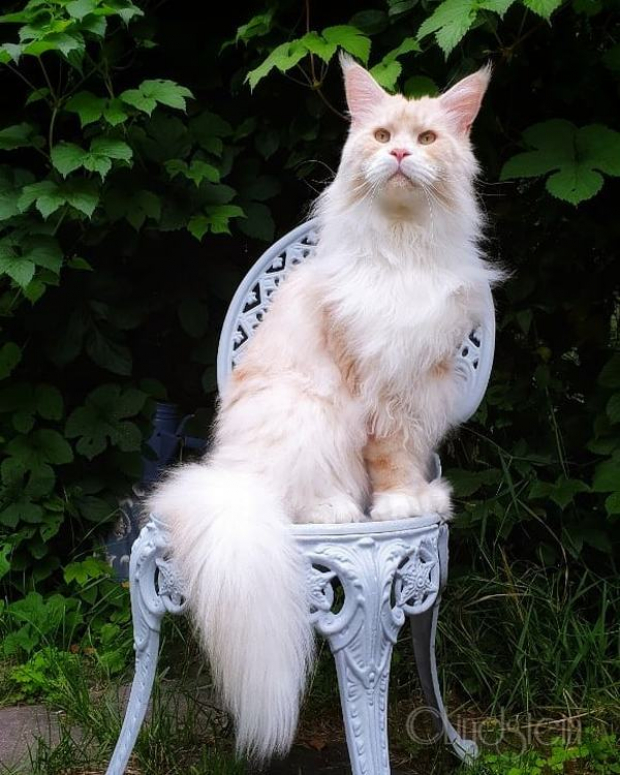 Look at this glorious tail! 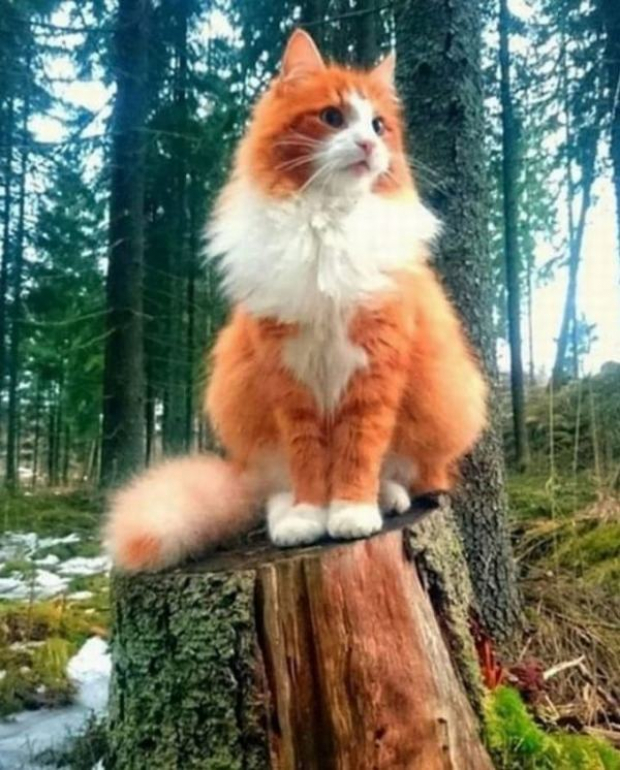 They come in a variety of colors and patterns too! 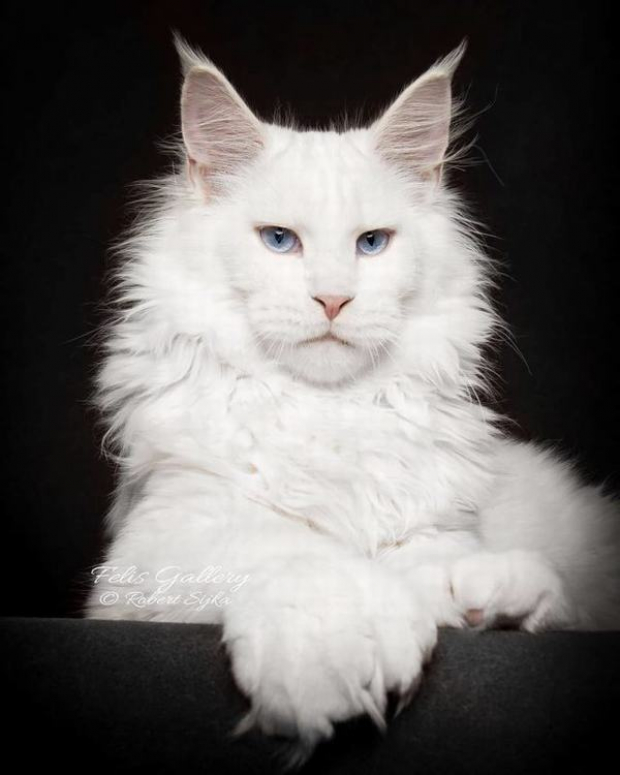 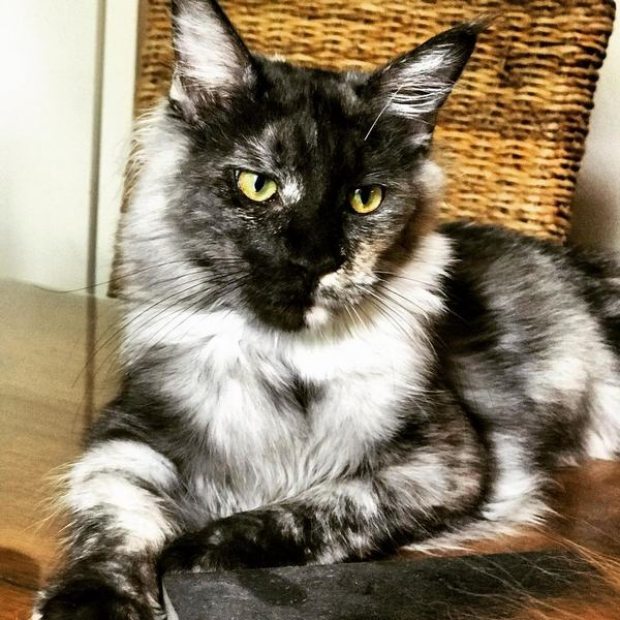 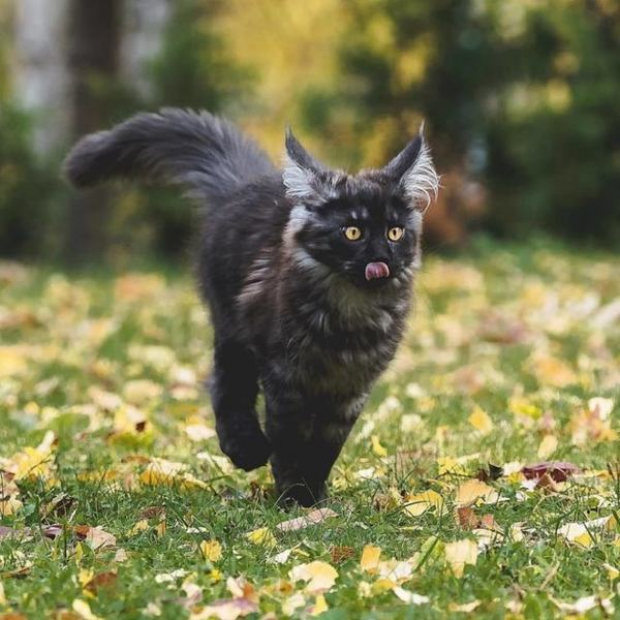 It’s though that the Maine Coon comes from Maine by way of France, hence the name. 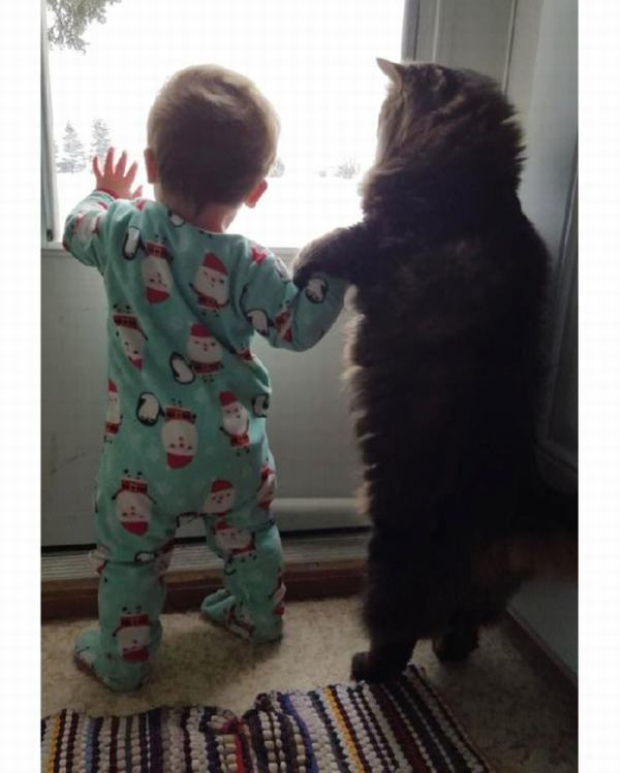 Despite their massive size, they are actually pretty calm. People usually think cats are easily irritable, but Maine Coons are actually very different and chill. 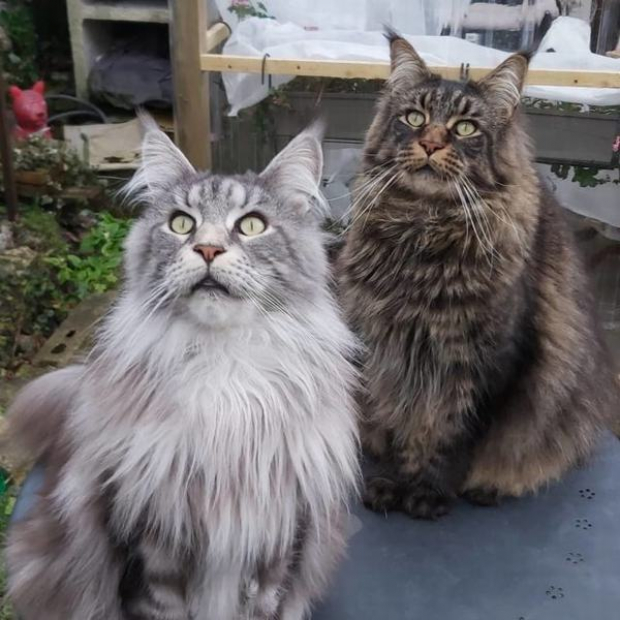 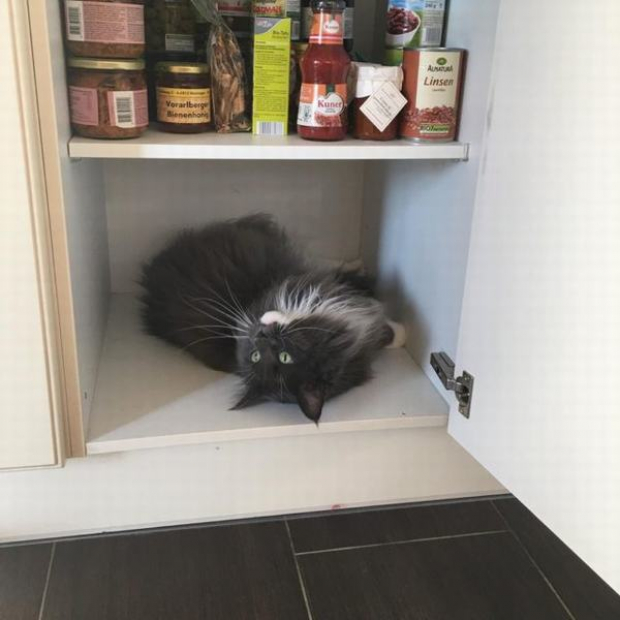 They get along very well with children, dogs, and other cats. They are playful and they are even willing to learn to walk on a leash. They’re great pets for the people who travel frequently and would like to bring their pets along. 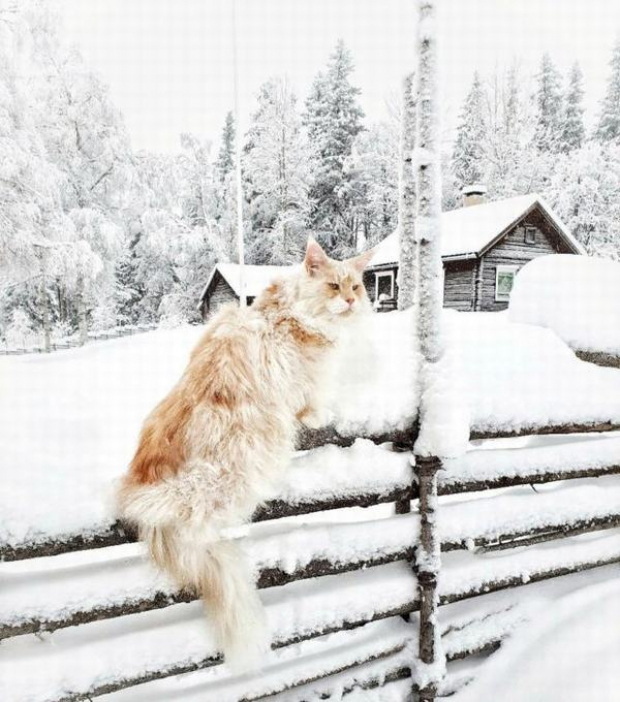 Just like other cats, Maine Coons also have a very curious nature and thus, they need toys to stimulate their intellect. They also don’t need your attention 24/7, they can entertain themselves easily by sitting by a window and watching outside. 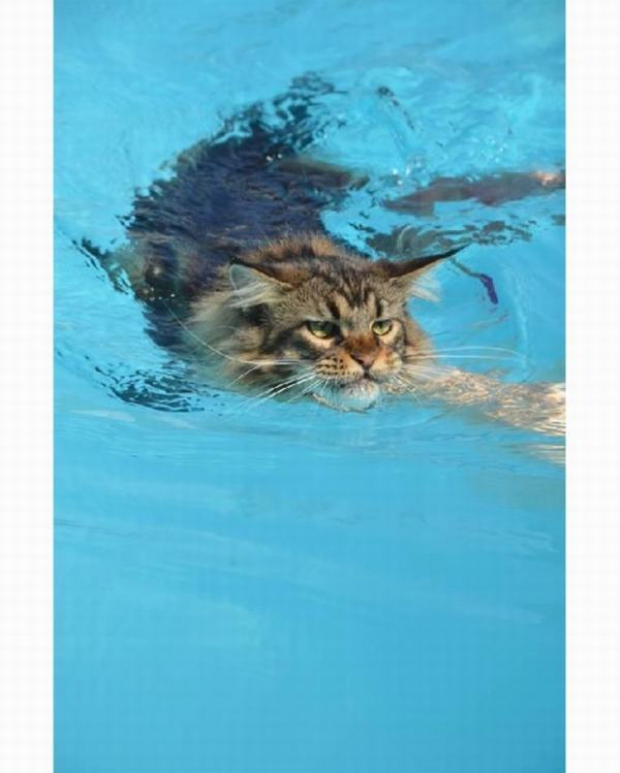 They are not really afraid of water. Their fur is so thick that it also prevents them from getting soaking wet. That’s why they have a fascination with water, unlike other cats. They tend to play with the water in the water bowl, or they love chilling in the shower when it’s still wet. You can see Tissy the Maine Coon here enjoying a good swim! Maine Coons are enormous cats but their hearts are also equally big. They are very intelligent and loving creatures which makes them perfect for families that are thinking of adopting a cat. If you’re thinking about having a feline companion, then you should definitely consider adopting one of these big kitties.