This adorable two-year-old Norwegian Forest Cat named Clive went missing in 2014 which left his owners devastated, naturally. He returned home 14 months later, and his owners were very surprised to find out he had spent those 14 months snacking and chilling at a nearby pet food factory! The couple, Tanya and Jonathan Irons who also have a 2-year-old daughter named Elizabeth put up posters around their neighborhood just to find their beloved Clive. They also tried posting on Facebook, but all their efforts were in vain. When the staff working at the pet food factory started to realize some snacks were going missing, and some mysterious dropping around the factory, they decided to set up a trap to find the culprit and that was when they managed to catch Clive. They took the naughty cat to his owners and Clive reunited with his family again. 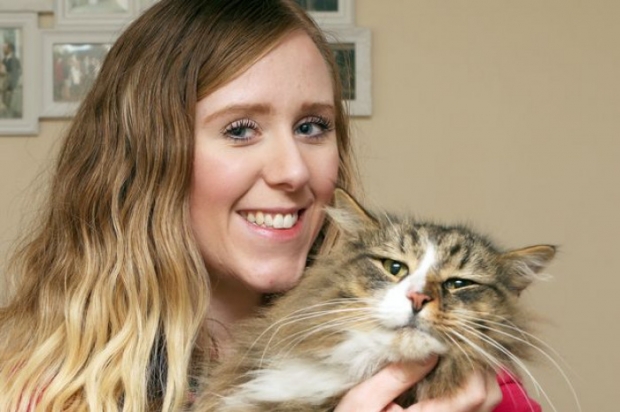 Tanya claimed, “Clive was only 9 months old when he went missing and he was a tiny little cat back then.” 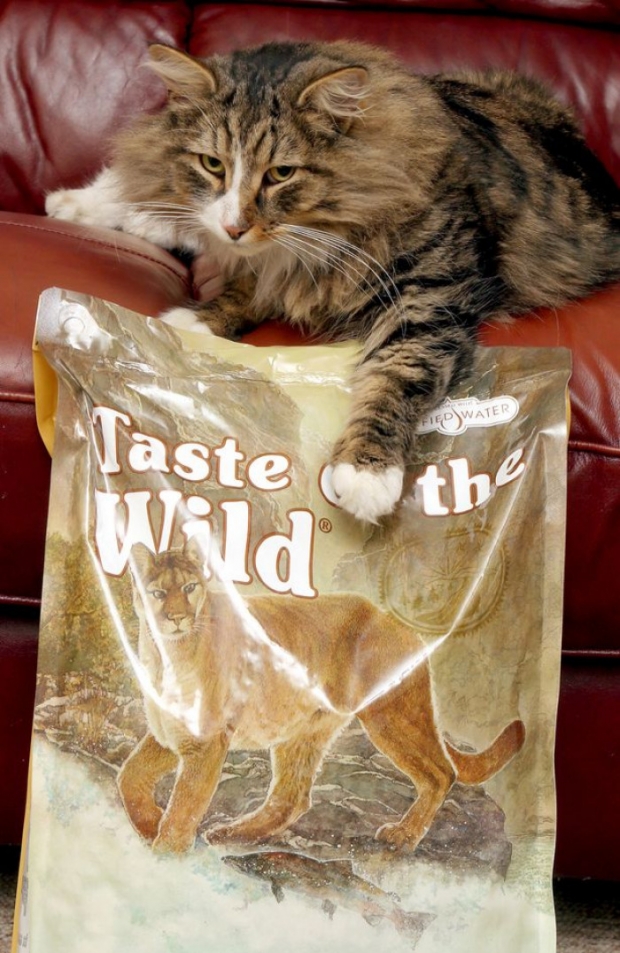 “When we got him back, we couldn’t believe how big and fluffy he got. He’s obviously been living the high life in that pet food factory.” 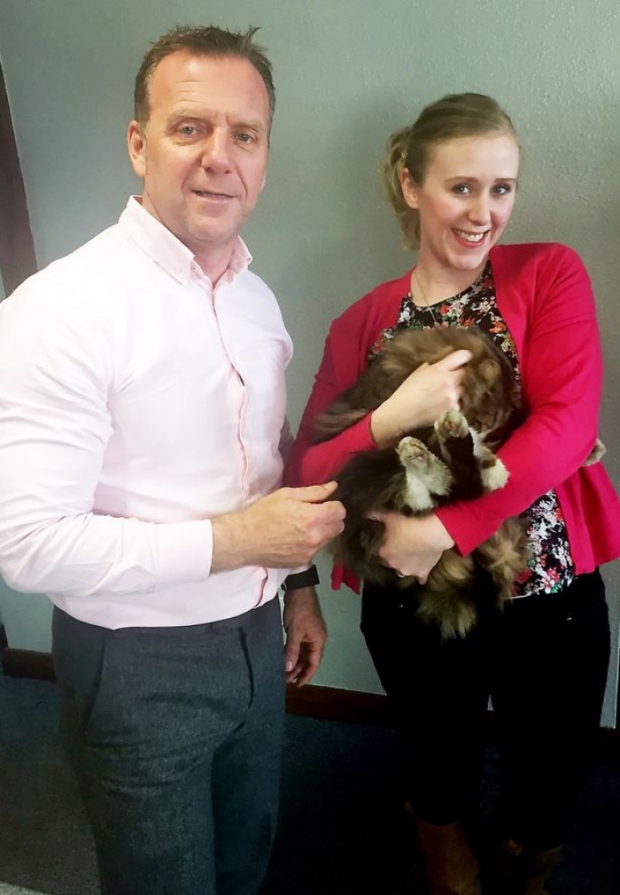 “He was always a mischievous cat and he liked to go out a lot. We thought somebody kidnapped him because he is such an adorable cat. We made a Facebook post about him and put up posters.” 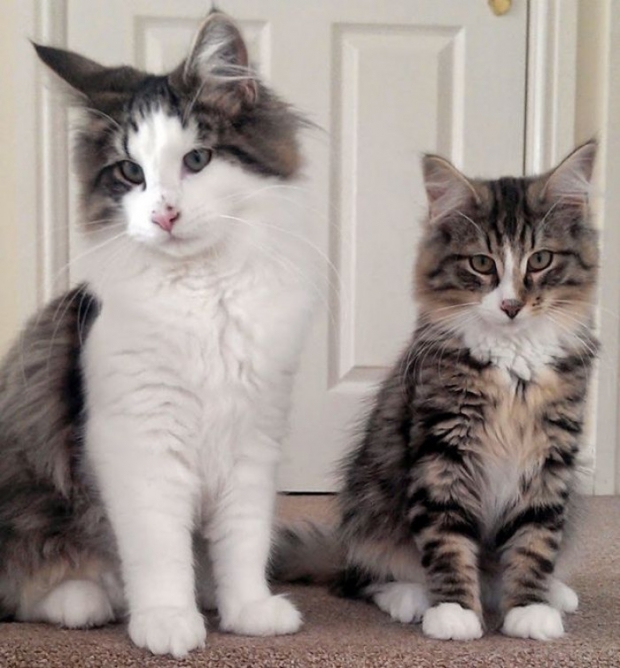 “We started to think we wouldn’t be able to see him again, but on Wednesday we got a call when we were least expecting it from the vets saying he’d been found.” 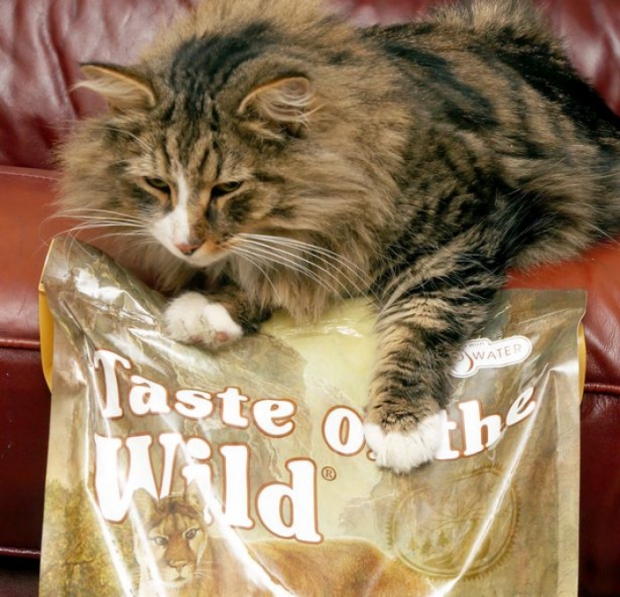 “I asked how he looked like and if he was alright and was looking very well looked after. I thought someone fed him but it looks like he’s been snacking non-stop very happily!” 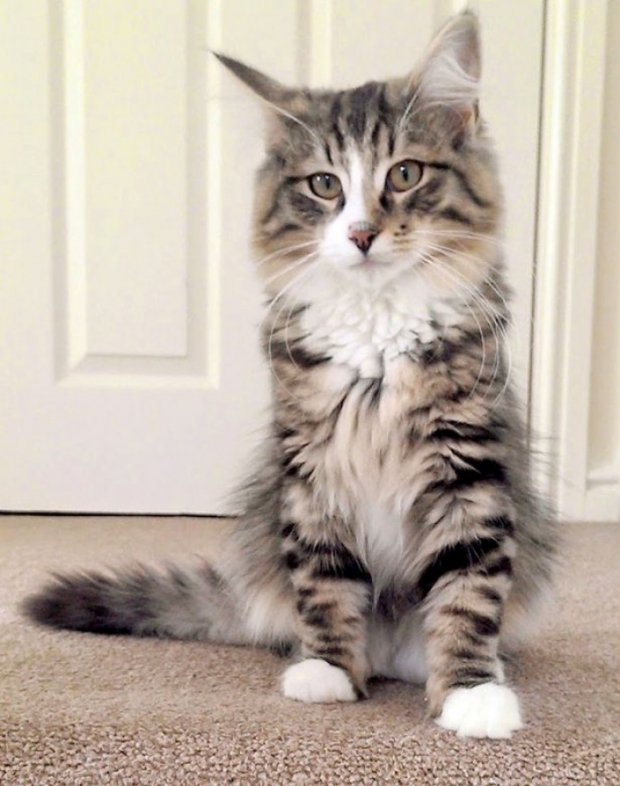 “We told our daughter that we got a new cat since the whole thing was just too confusing for her to understand. She is very happy, though.”