A Twitter user named Merve Ozcan shared these photos of a momma cat on Twitter recently. In the photos, the cat can be seen bringing her sick kitten to one of Istanbul hospital’s emergency rooms. You can also see the paramedics surrounding the cat and petting her. Turkish people are known for their love for cats and the country is full of stray cats that the folks are collectively taking care of. 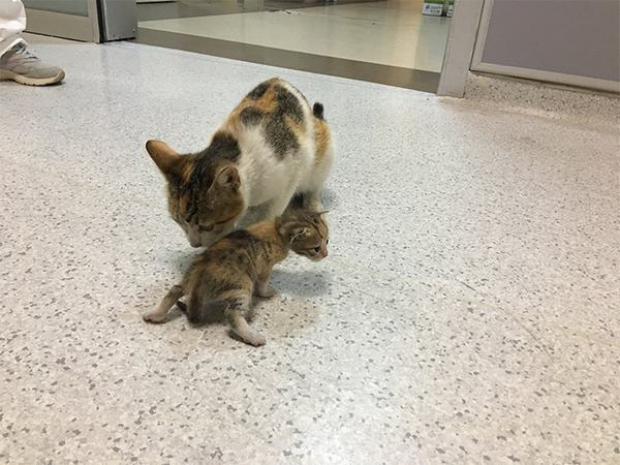 Merve’s post was shared by thousands of people on Turkish social media and liked by over 89k people on Reddit. Merve Ozcan explained in the post that a stray cat brought her sick baby in her mouth to the hospital when they were in the emergency room. 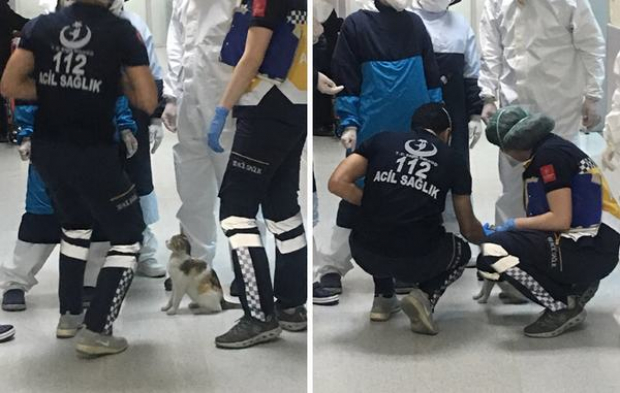 According to what’s written on the Turkish media sources, the medics intervened immediately and checked the kitten for obvious health issues. The mother cat was also around her baby all the time during the process and never left her baby alone. 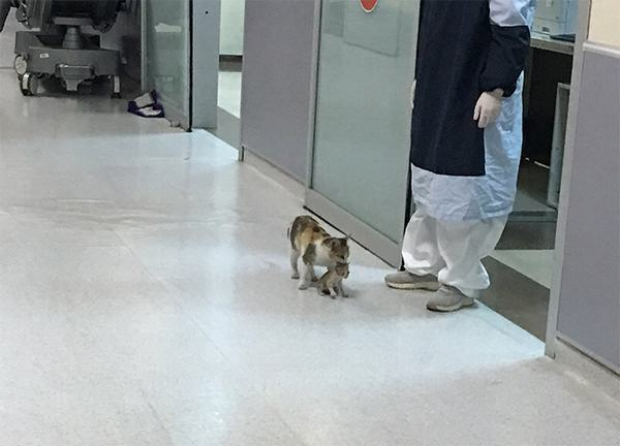 Local media also stated that the doctors gave milk and food to the momma cat to make her feel more relaxed while they were taking care of the baby. The Turks are known for their love for stray animals and many Turkish citizens leave food and water for the animals outside. 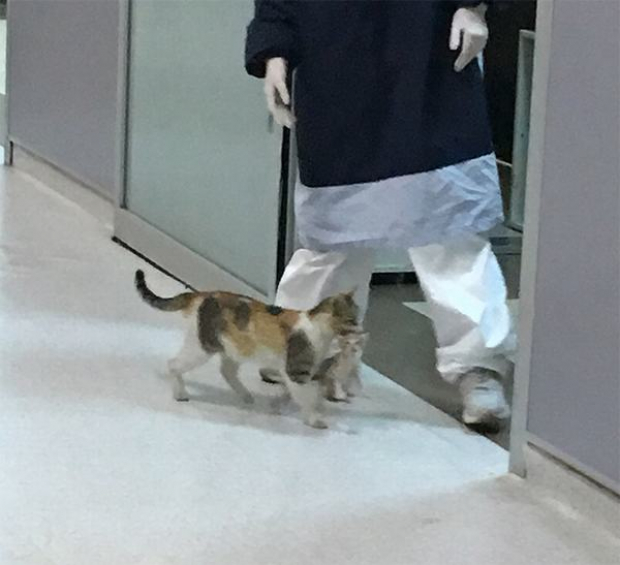 Both cats seemed they were doing fine, but they took them to a vet anyway, to make sure of their health conditions. 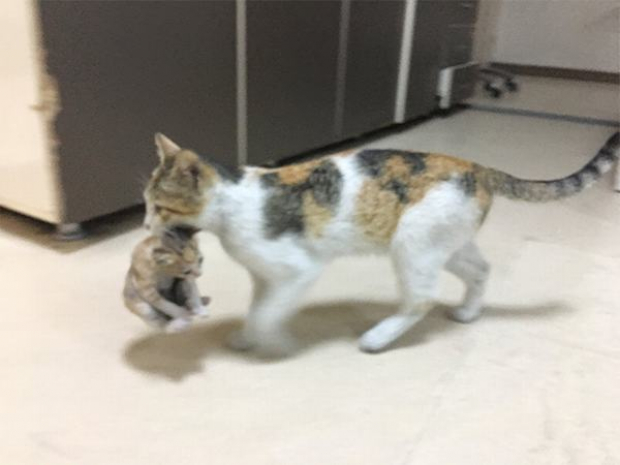 Reddit users praised the hospital staff and the paramedics for their kind actions. Some users also shared similar stories from the places they live in. One user wrote, “A similar thing happened in my hometown with a birthing cat. Since she had problems she went to a hospital and started to meow. They helped her, and then the doctor that called the vet for her ended up adopting her.”