When it comes to wild cats, most people think of lions, tigers, and so on. But there actually are many other species that most people don’t really know much about. In this article, we are presenting you with the cutest wild cat species, caracal. 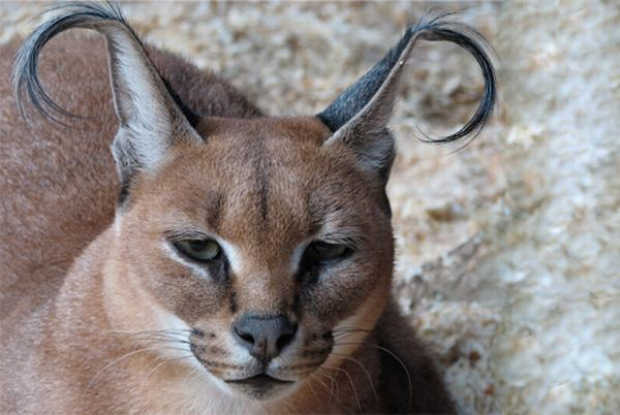 So, what you’re looking at in this picture is a caracal. 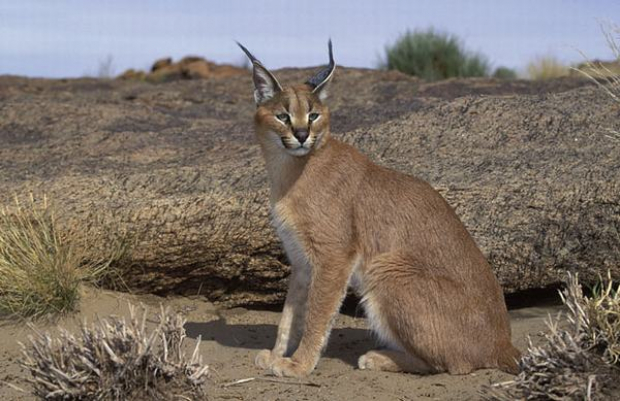 They’re one of the small wild cat species, but they still can grow very big. The largest ones reach up to roughly 50 pounds. 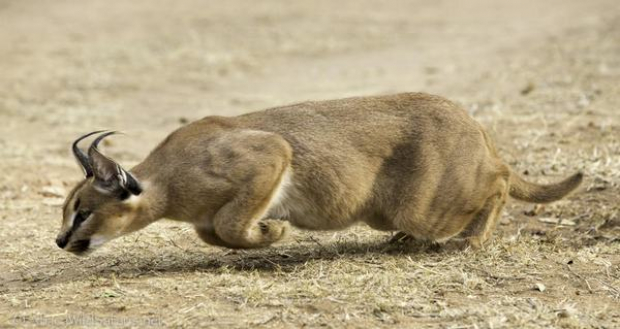 The color of their coat varies depending on the region they’re in. While some have a reddish-brown coat, the others have tawny-grey coats. 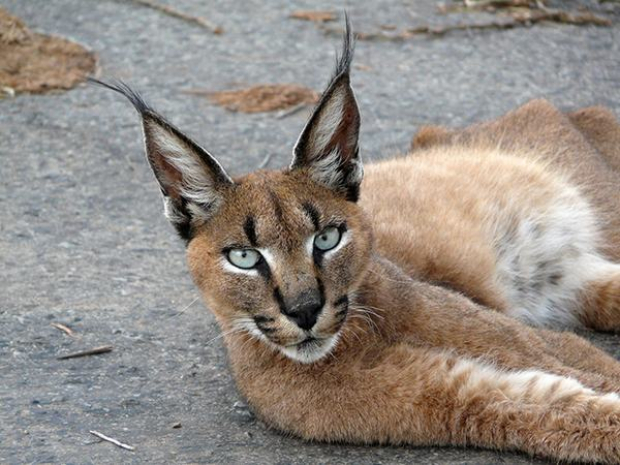 They’re not very social animals, but sometimes they can be found in mated pairs. They look kind of like the desert lynx or bobcats because of their short tails and pointy ears. 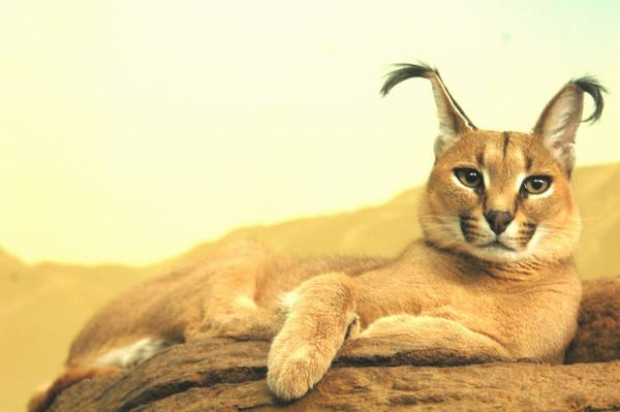 Caracals dig burrows and raise their babies there until they are ready to head into the wilderness themselves. They are very good climbers, and they can easily adapt to different environments or conditions. Since they have very strong and long hind legs, they can leap up to three meters in the air to catch flying birds. 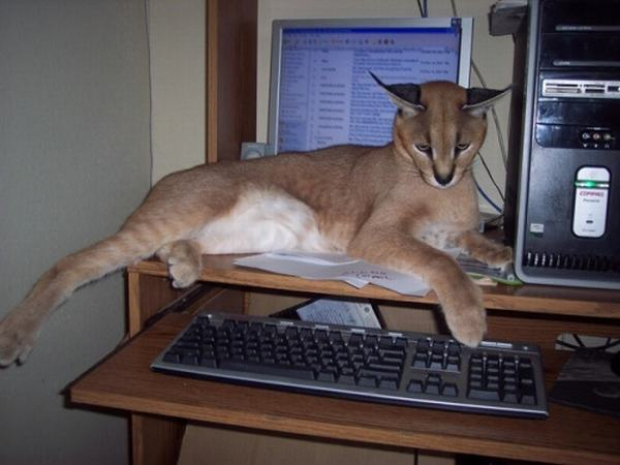 There are humans who are keeping caracals as pets since they are good with humans. 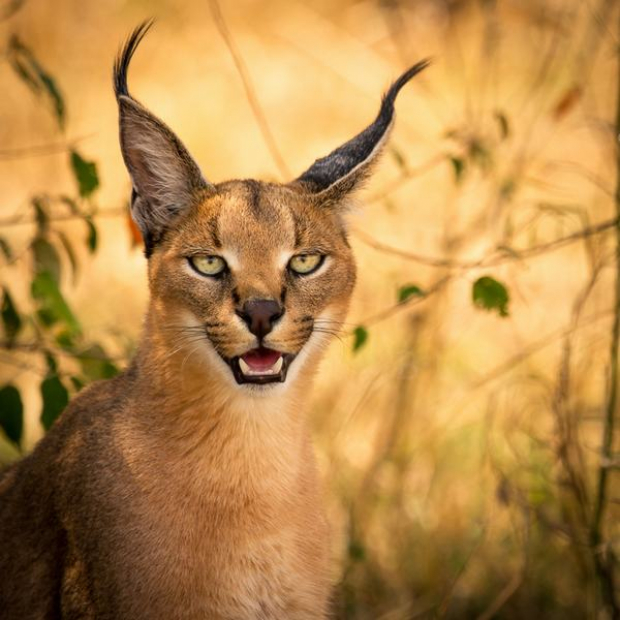 Their name is actually coming from the Turkish word ‘Karakulak’ which means black ears. 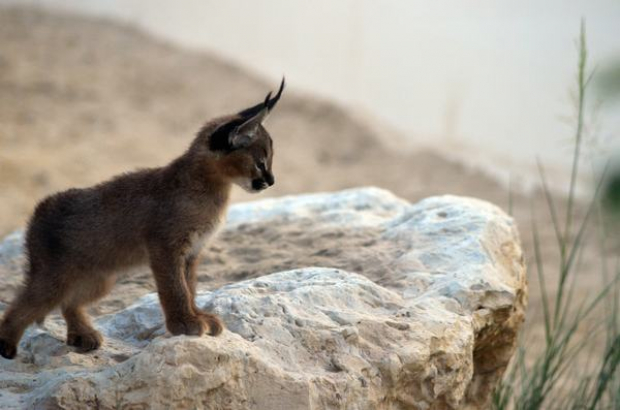 Since they get most of their water from their prey, caracals can survive a long period with very little water. 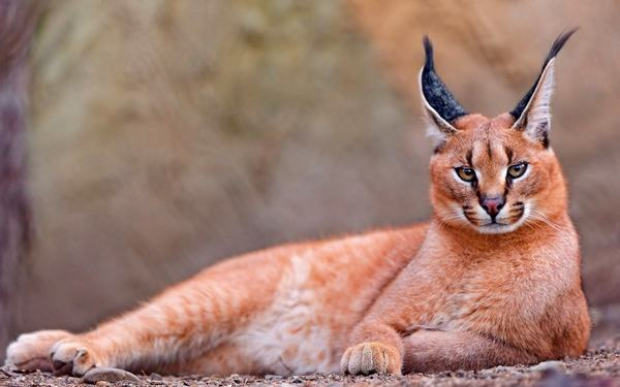 They mostly feed on rodents and rabbits, but they also have a special appetite for birds. In the past, they used to be trained to hunt game birds for Indian and Persian royalty. 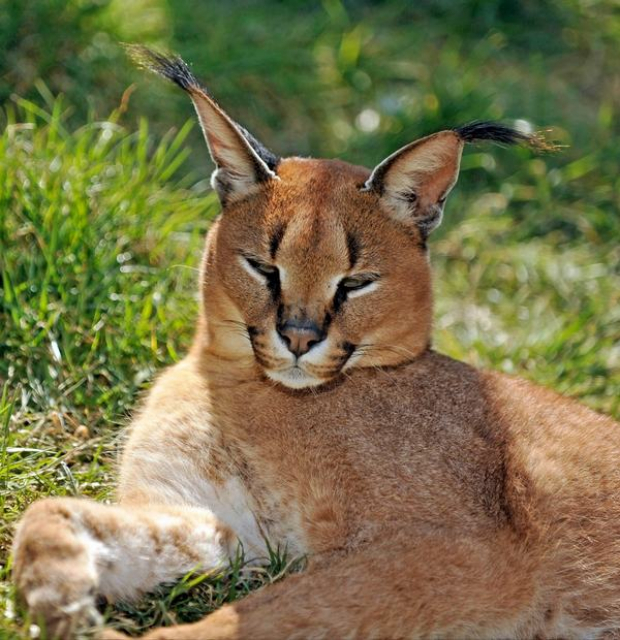 Caracals are diurnal creatures. That means they’re most energetic at dawn and dusk. 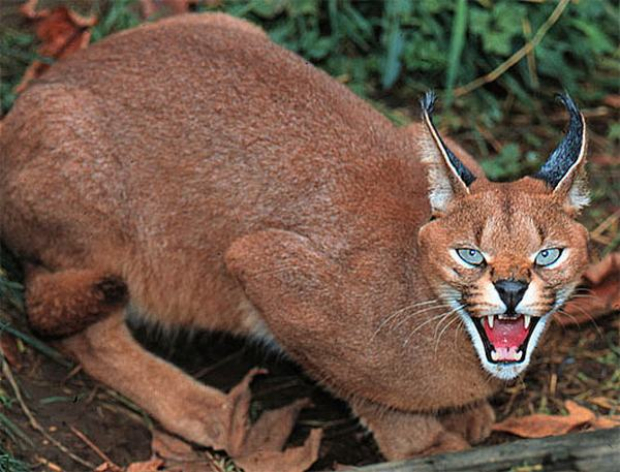 They’re the fastest amongst other cat species of the same size. So, they can run down prey such as small antelopes and hares. 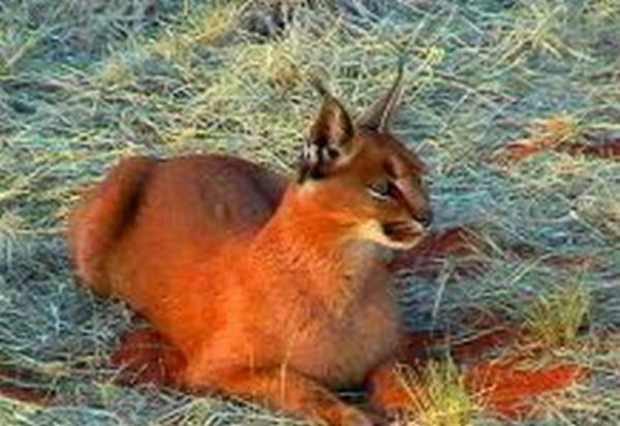 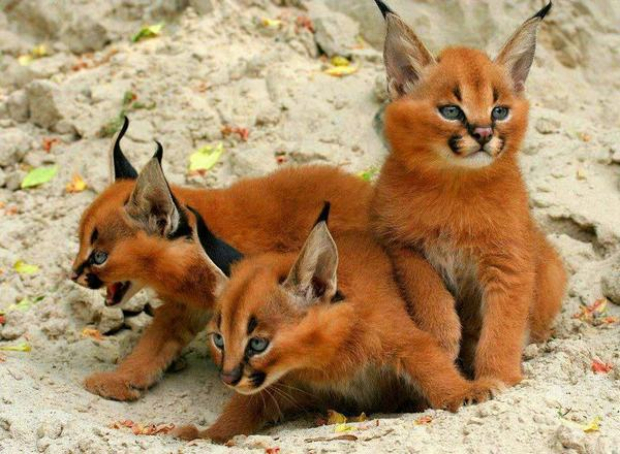 Look how cute their babies are! 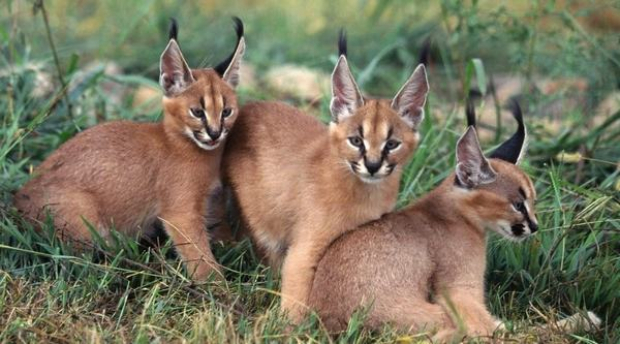 Here’s another pack of baby caracals 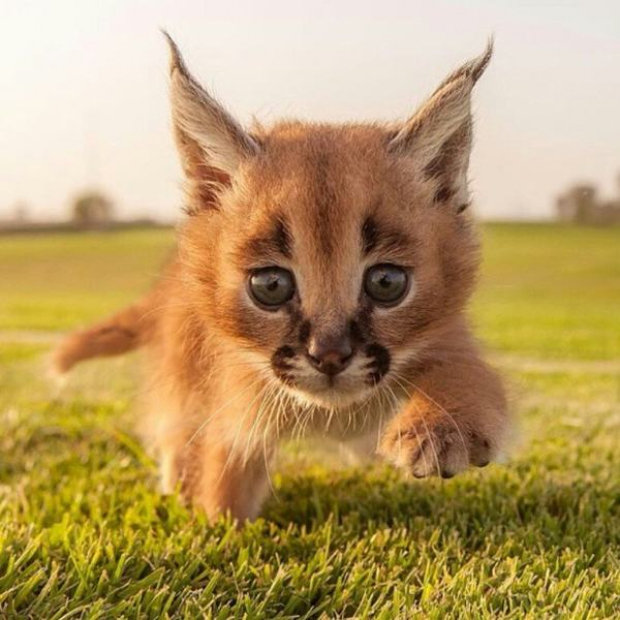 Just look at this one! 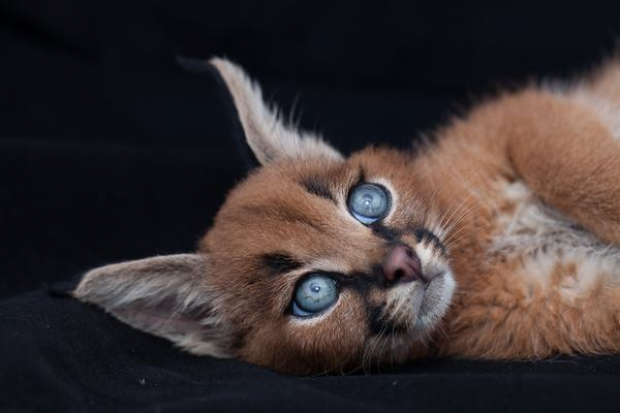