A tiny calico was brought back to life when she was in a miserable condition with her sister by her side. Months later, they finally managed to have a second chance in life. 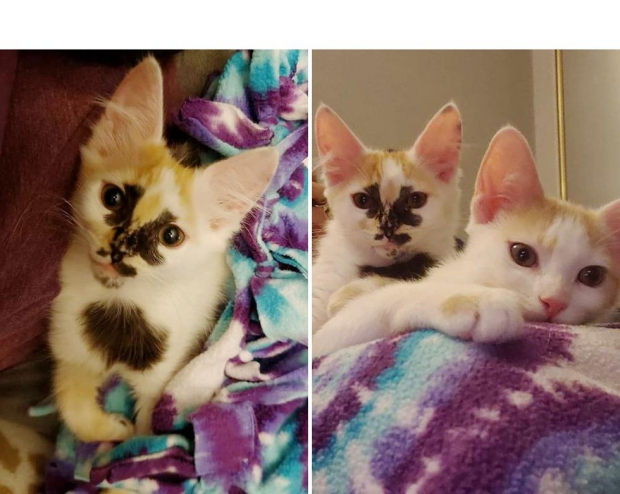 A litter of kittens was discovered outside without their mom and brought to Wrenn Rescues (in Southern California) to be properly cared for. They were extremely weak, covered in dirt and fleas, and hadn’t eaten for at least several days. 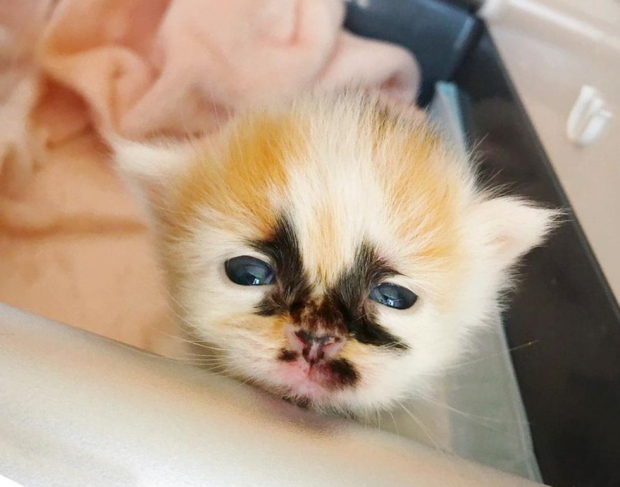 When they came to their foster home, they were desperately in need of critical care. Ashley, a volunteer of the rescue, worked non-stop around the clock to help kittens regain their strength. One of the tiny beauties named Auntie Whispers (AW) has gorgeous markings on her face that resemble a painting. 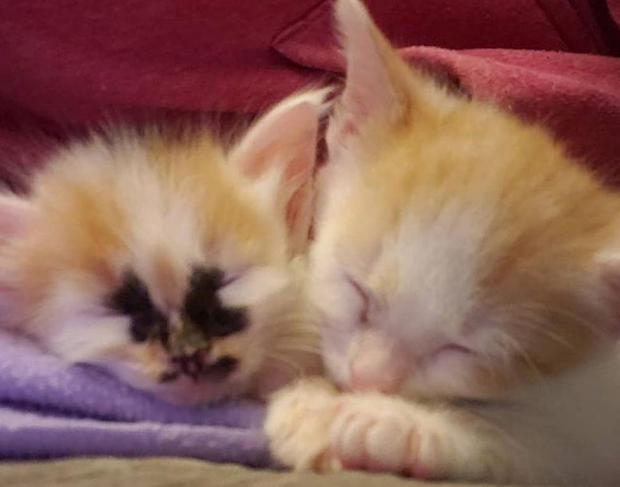 She was usually seen clinging to her sister Lorna during her process of recovery. They were basically inseparable right from the start. Once the kittens managed to regain their health, they were brought to another foster home where they kept on thriving and getting much more social. 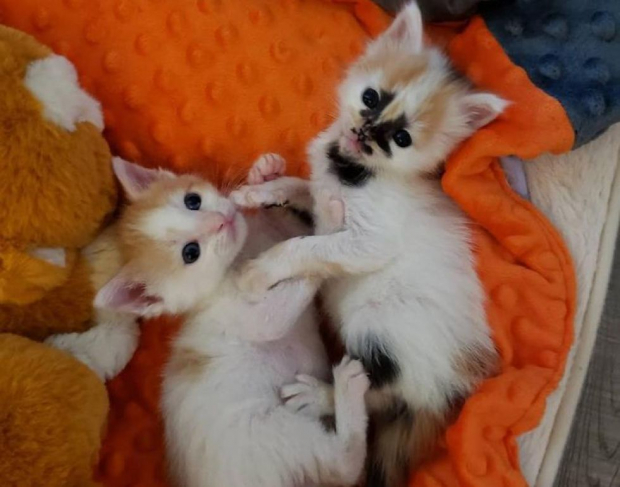 When they reached four weeks of age, their personalities started to emerge. The sisters became very sassy and mischievous. One of their favorite activities was wrestling with each other, and they also loved rolling around together like a big fluff ball. Foster mom Erin and her son Chris made a kitten suite for this energetic pair to roughhouse in. 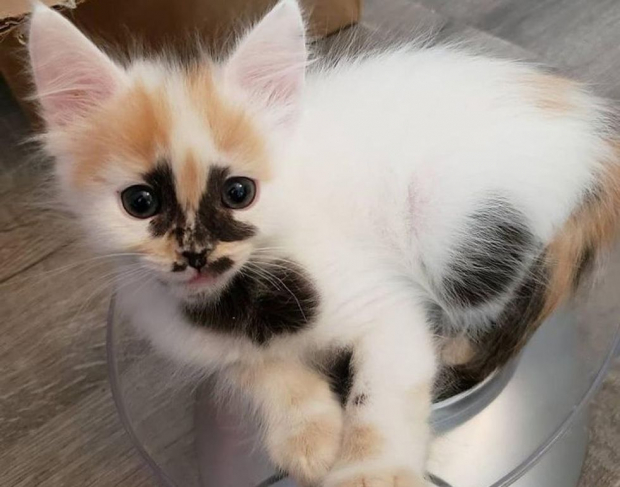 “They were in need of a space to play together without wobbling all over the room. They still didn’t really know how to play with toys, but they were learning,” Erin shared. The two adorable furballs carried on their daily play-fights while trying to figure out how to play with their toys. They learned to eat from a dish together like big kitties do, and copied each other’s behaviors when they were playing. 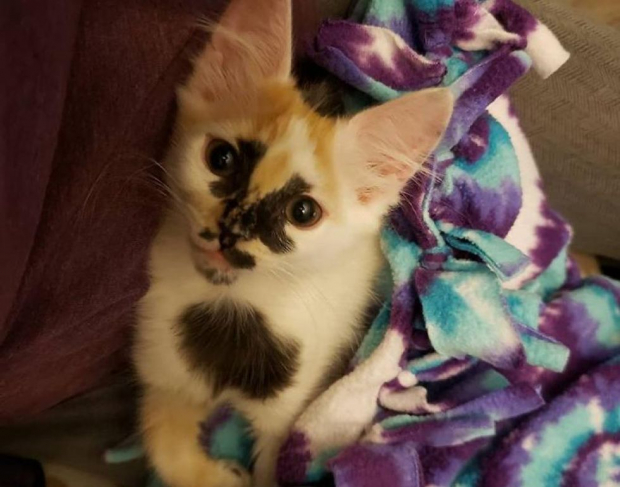 AW had always been the tinier one when the two were compared, but despite her tiny size, she had a huge personality. “She was very small and princess-like, and her sister was the rough and tomboy type. When they finished playing, they both were the most affectionate and snuggliest little two.” 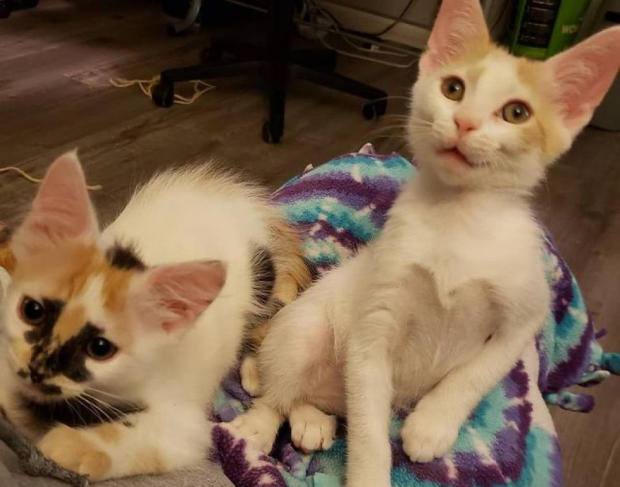 AW loved to be on top of her human’s shoulders, getting up-close and personal while purring into their ears. Her sister Lorna gave the best face rubs and loved sitting on warm laps. She was very protective and motherly to her sister, and she was doing her best to keep her clean from head to toe. 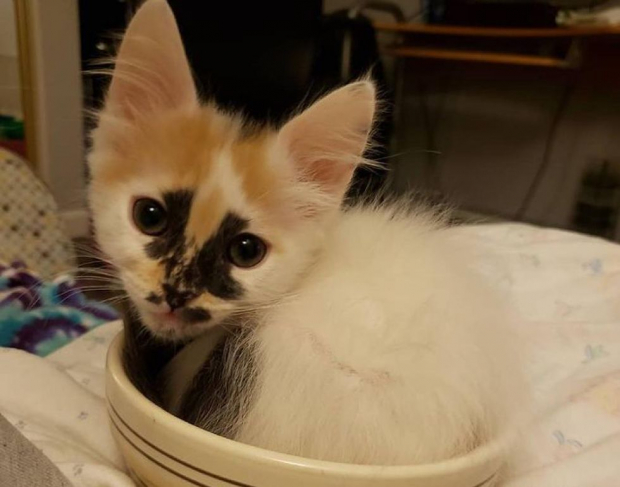 The adorable calico has gorgeous markings on her coat, face, and even toe beans. “She is a very colorful kitty. She has lots of tiny freckles and random black hairs popping up all over,” Erin said. 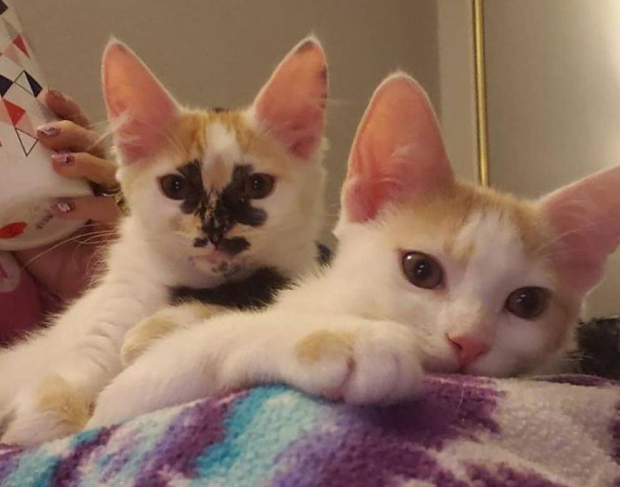 The energetic pair blossomed into stunning young cats and their bond grew stronger by day. After weeks of waiting for the perfect home, the two adorable sisters had their dream come true when they finally found the right family for them. 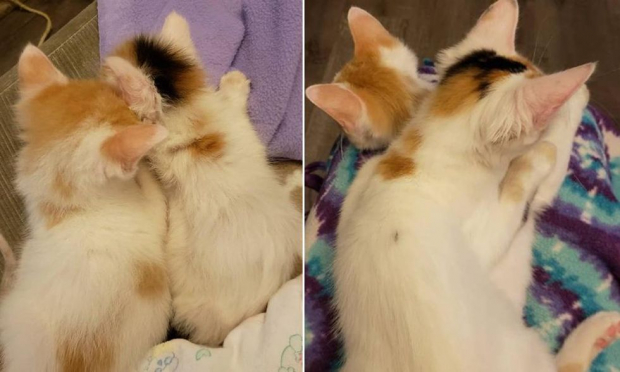 A nurse immediately fell in love with these gorgeous sisters and knew she had to adopt them both. She opened her home to them and made them a permanent part of her family. The two inseparable friends have grown by leaps and bounds, but some things stay exactly the same. 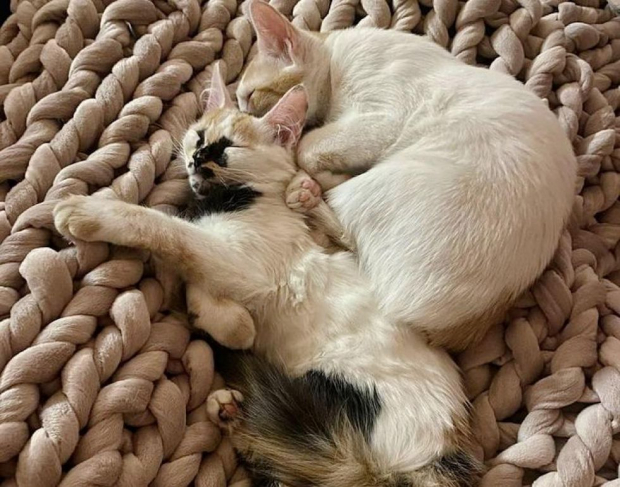 The kitty sisters (renamed Miss Spink and Miss Forcible) are living the life they deserve. They bring so much happiness tı their human mom and fill the house with endless entertainment. 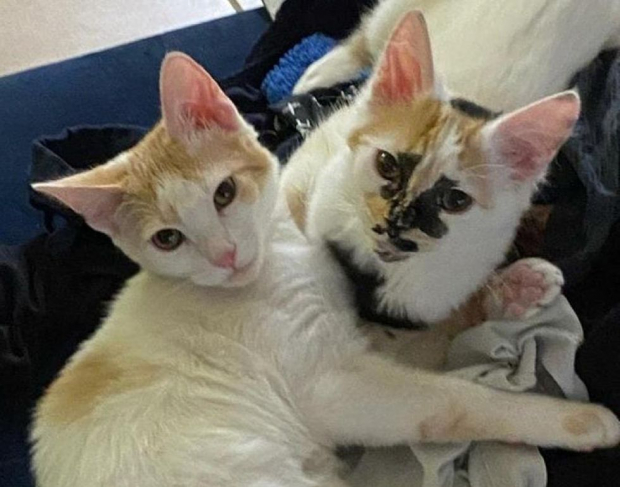 “They are making my days much better. I can’t even think of a life without them,” their new mom said.