The American Society for The Prevention of Cruelty to Animals stated that in the U.S., 3.2 million cats are brought to animal shelters every year. Unfortunately, out of this 3.2 million, roughly 860,000 never find forever homes and are euthanized. Luckily, these two special kitties named Toby and Quinton were adopted by Georgina Price and her fiance Christopher Lardner. The couple had a rescue cat named Herbie before, but unfortunately, he passed away when he was 16, and the couple wanted to adopt another cat since their house in Stroud, England was feeling empty without their precious Herbie. 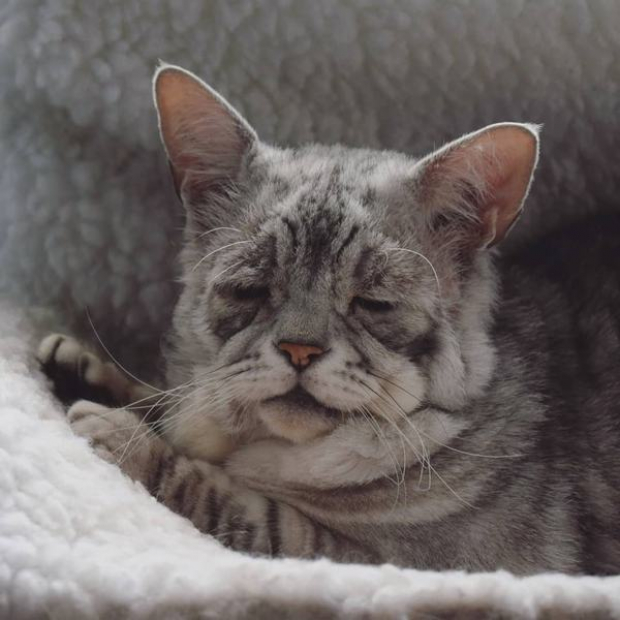 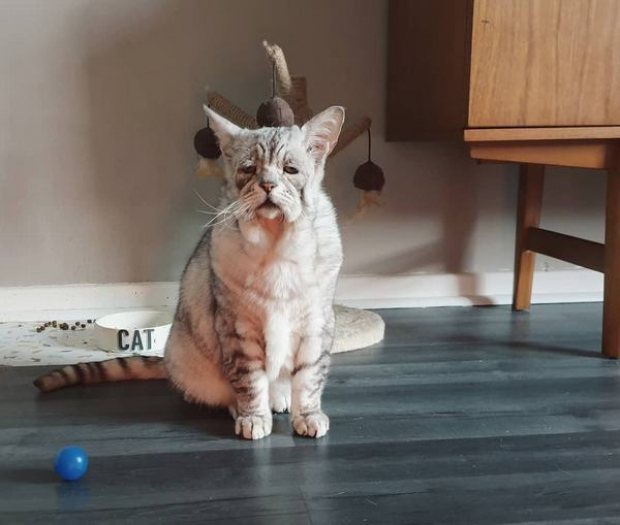 2- Toby has a syndrome called 'Ehlers-Danlos' (EDS). That's why he is suffering from a group of connective tissue disorders, which causes fragile, stretchy and sagging skin. 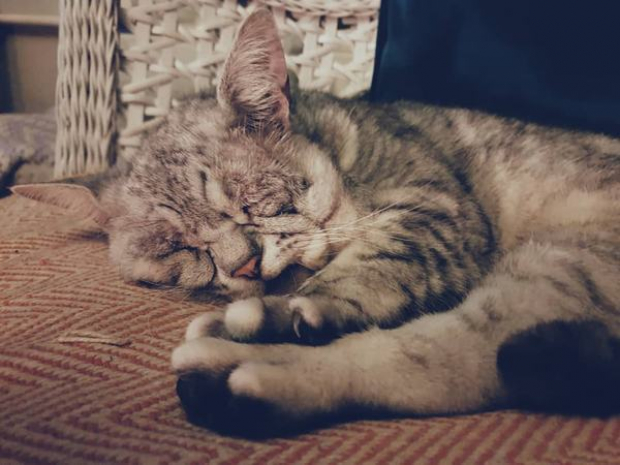 3- His owner Georgina said, "There are lots of animals in the shelters that have to spend their entire lives there looking for a forever home. We decided to help an extra special cat that was less likely to get adopted." 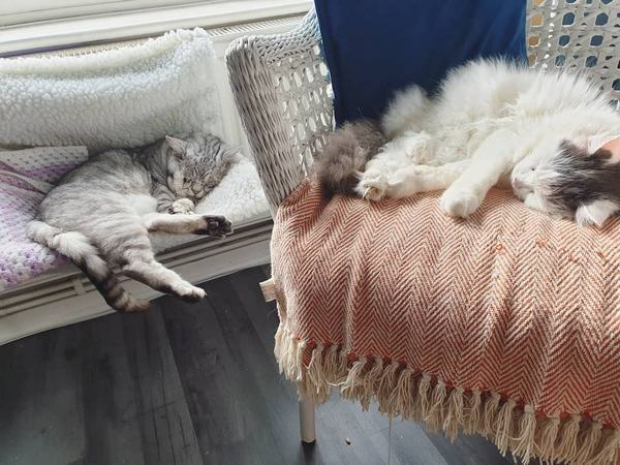 4- Georgine managed to find Toby and Quinton on the RSPCA website. Quinton is this 7-year-old plump, black and white cat and sadly, he is missing all of his teeth, and Toby is a 6-year-old short-haired kitty that has very loose skin due to his condition. 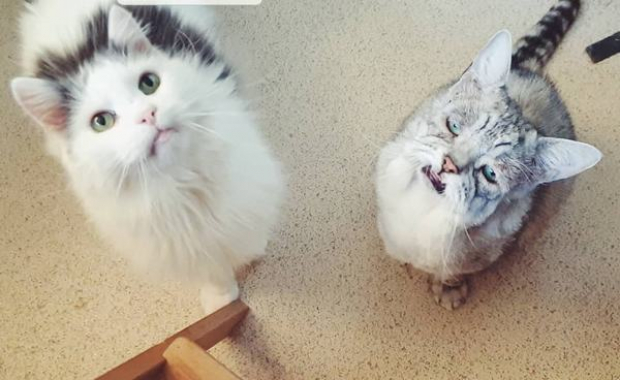 5- Even though the couple didn't know about EDS before, they felt that Toby needed a loving home. When they went to the RSPCA, they saw the two special needs cats placed in the back of a special unit to separate them from the other animals. 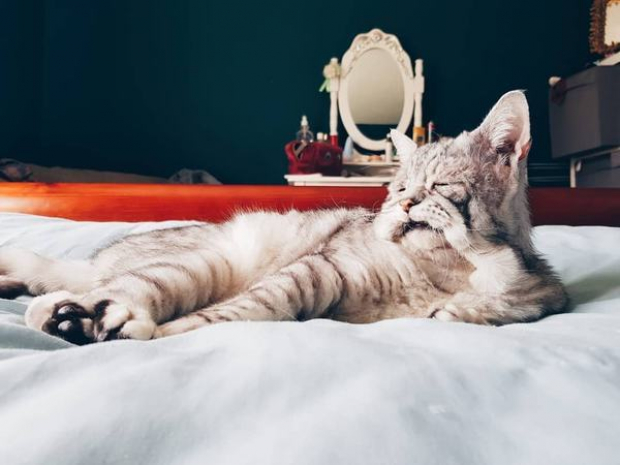 6- Quinton was more friendly, and he let Georgina pet him. However Toby was really scared. The two kitties were always together, though. 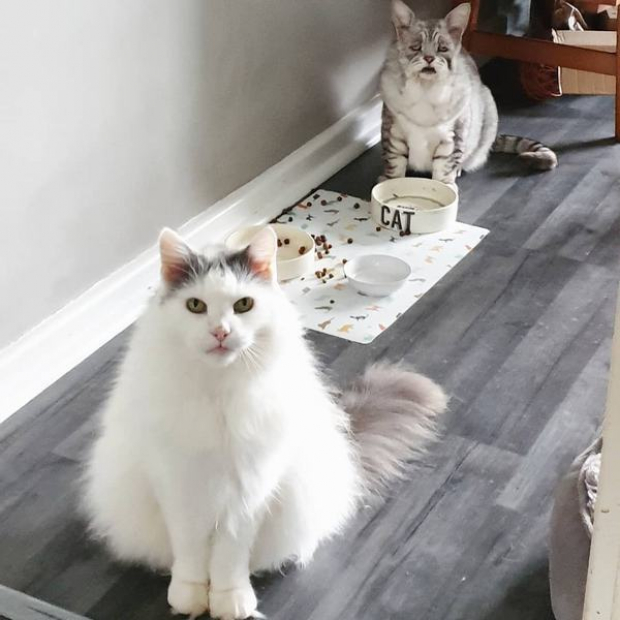 7- They were very shy at first, but now, the kitties are very comfortable around their new parents. Sadly, because of his condition, Toby is very prone to injury, even when he is grooming himself. Since Quinton is aware of this situation, he helps Toby clean his face and keeps his claws retracted when they are playing together. 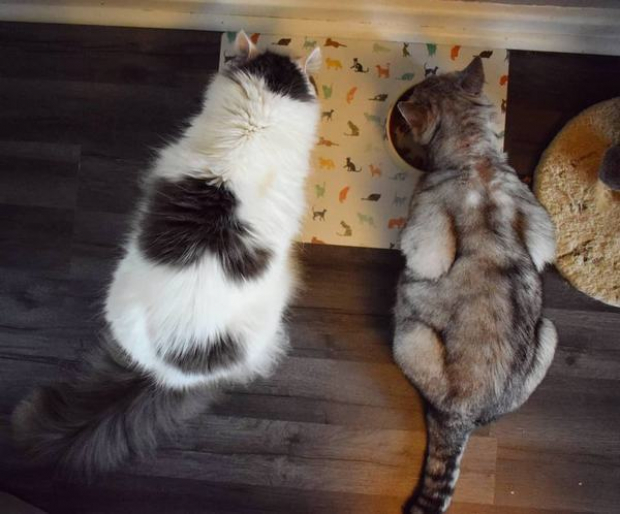 8- The couple doesn't really allow Toby to jump around too much. This is because of his syndrome since it can cause joint problems. His loose skin can also give him some extra weight and that can also lead to other problems later in his life. 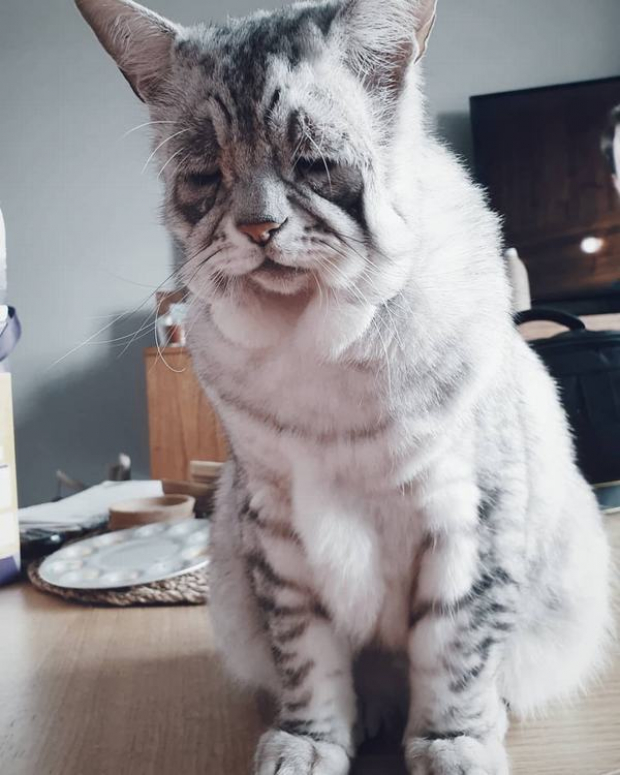 9- Georgina wants people to be aware of Toby's condition, and thus, she tries to encourage others to help animals with special needs and adopt them. "People need to learn to look beyond their appearances, special needs animals are just as beautiful as other animals and they also need to be loved. They have amazing personalities and when you show affection to them, they'll also love you back."