Nature never ceases to amaze us, and today we are giving you yet another example of how full of incredible creatures it actually can be! This kitty from Perth, Australia named Quasimodo was born with two heads! Since the momma cat was having labor complications, the delivery process was made via surgery by a skilled local veterinarian, however, they weren’t expecting what they saw at all when the baby finally was born. One of the nurses that was present in the delivery room that day later told that everyone in the room was totally shocked because while the occasional extra tail or leg is not unheard of, an extra head was definitely something new! 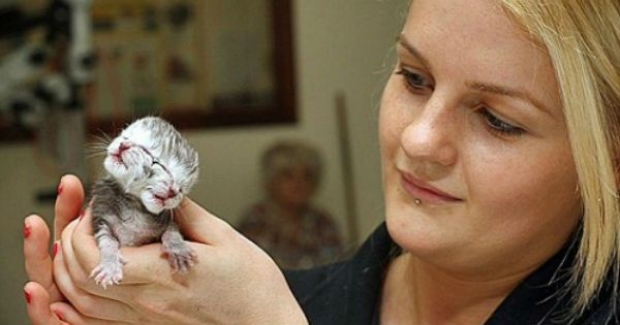 Yet, the baby is still so adorable! The cute kitten managed to survive the first right and already fascinated everyone, but when he started to meow from both of his mouths, everyone got surprised once again! The cute little thing has two adorable mouths, four eyes, and two noses, however, he can only use one of his mouths to eat. Recently, another two-headed kitten was born in Ohio, United States, but sadly, he passed away after only five days. Quasimodo here, however, is a true survivor and he keeps on living against all odds. Luckily, the kitten managed to eat straight away, on his first night of life and he continues to get everyone around him shocked by going strong! The nurse we mentioned earlier also added that his early life gives hints of positive things for a longer future than one might expect for such an anomaly of an existence! She also explained Quasimodo’s birth a bit further. 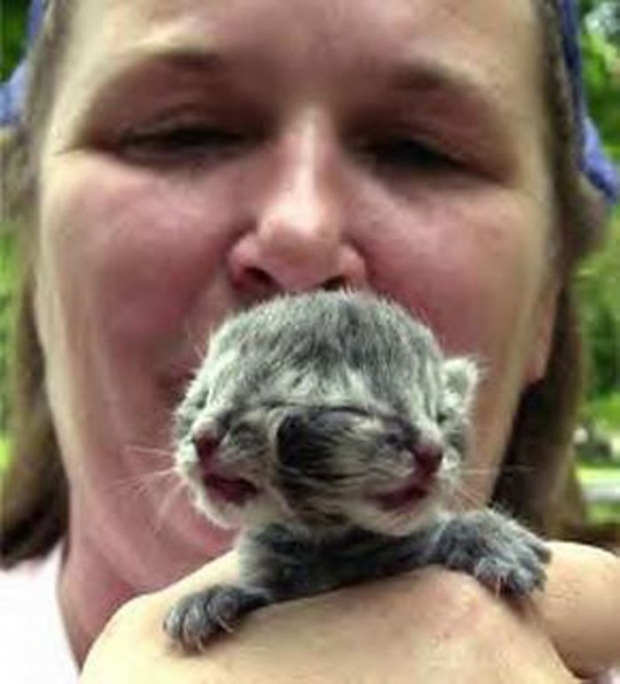 The nurse and our unique furbaby here! 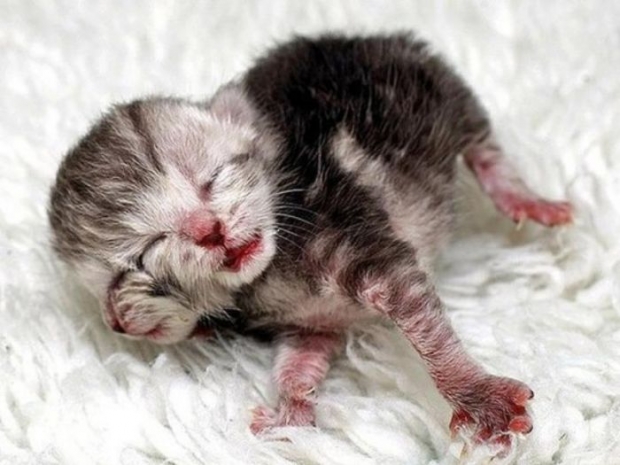 It seems like they still haven’t decided on his name yet, since they both love “Quasimodo” and “Mr. Man”. The nurse states that she believes Quasimodo’s existence is the result of a congenital deformity, which happens when something is not right at the early stage of embryonic development. At the moment, a dedicated team of professionals is closely observing and caring for the adorable kitten but he seems to be doing quite fine. 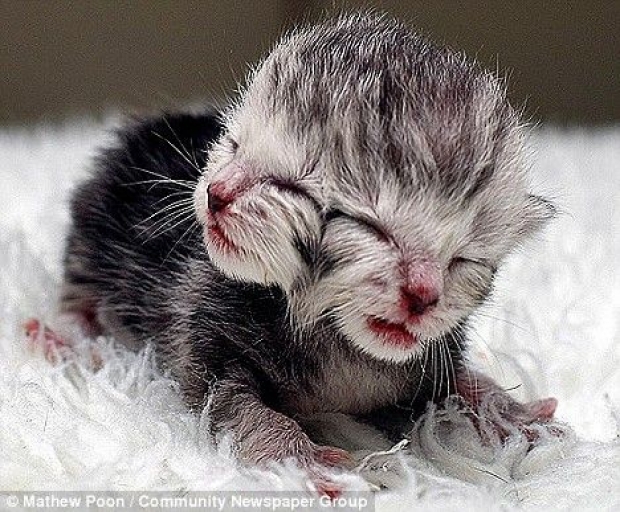 Can you think of a good name for this miracle of nature?