The director of Panthera France, Gregory Breton was on a very long and exhausting expedition with his colleague, and they were feeling kind of done with the whole thing on September 25th until they managed to discover something in the bushes that had never been seen in the wild before. They spotted three pairs of shining eyes staring at them at 2 in the morning, from the darkness that consumed the shrubs they were hiding in. Gregory and his colleague decided to pull out their spot lamps to further investigate these creatures they saw, and they ended up finding a group of young sand cats in their natural habitat! Unbelievable, right? 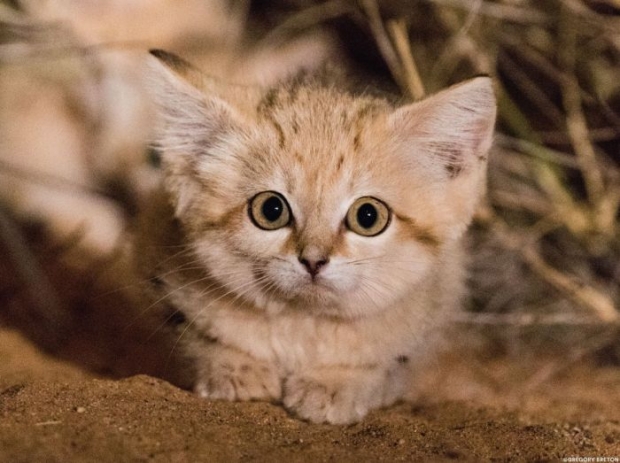 They found these adorable kittens in the Moroccan Sahara. Since they are very sneaky creatures, it is extremely hard to spot sand cats in the wild. They manage to hide very well. 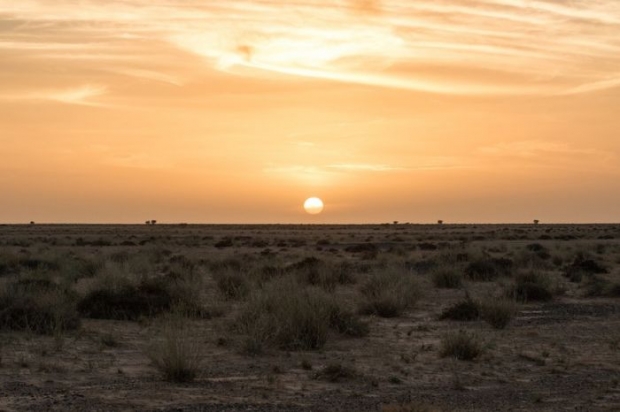 Gregory and his colleague, Alexander Silwa were lucky that they had brought along the right equipment to get a clear look at the kittens. Sand cats have a very distinctive coat that helps them camouflage into their environment, and they are very stealthy creatures who leave no trail so photographers don’t usually succeed in finding them. Luckily, that wasn’t the case for Gregory and his team. 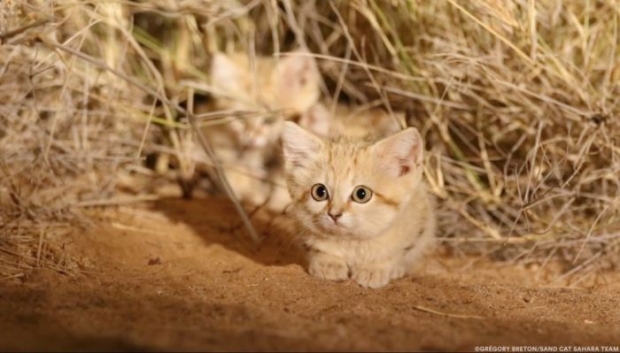 According to Gregory and his team, the kittens were approximately 6-8 weeks old. “We assume this was the first time researchers ever got the chance to document wild sand cat babies in their African range,” said Gregory. 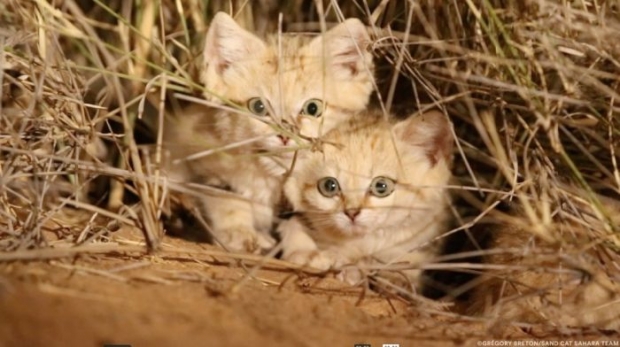 The charming kittens huddled together and curiously watched Gregory’s team while they were working. 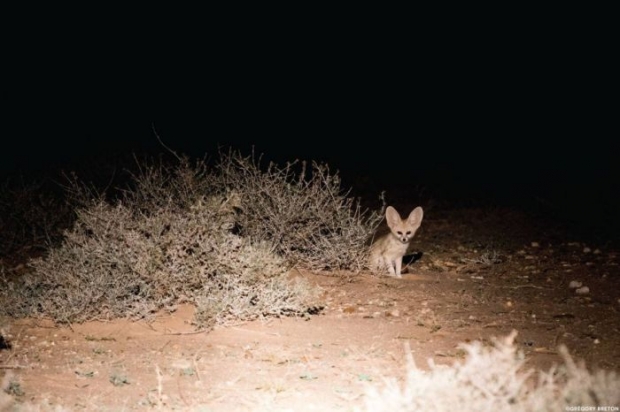 When the team had enough photos of the kittens, they decided to leave and started to pack away their stuff but they noticed someone watching them in the distance. They think this was probably the kittens’ momma watching what they were doing and keeping an eye on them! Gregory said this about the entire experience: “We’ve managed to find 29 different sand cats, radio-collared 13 of those, and managed to collect some very interesting information, up until now.” 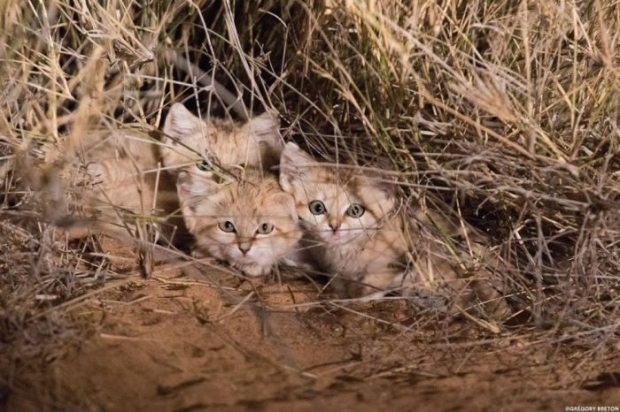 “For example, we found out that sand cats are traveling more than we thought and more than what’s been recovered for any other small cats. But we are still not sure why.”