According to the American Society for the Prevention of Cruelty to the Animals (ASPCA), there are approximately at least 70 million stray cats living in the United States only. Even though a lot of those cats are being found and taken to animal shelters, there are still too many suffering in the streets, waiting to be rescued. We know that adopting a new feline friend from an animal shelter is one of the best ways to get a pet, but it’s not the only way available if you want a cat. Take these two kittens, for example. They were rescued off of the street in the most bizarre circumstance, and we can’t be happier about it. 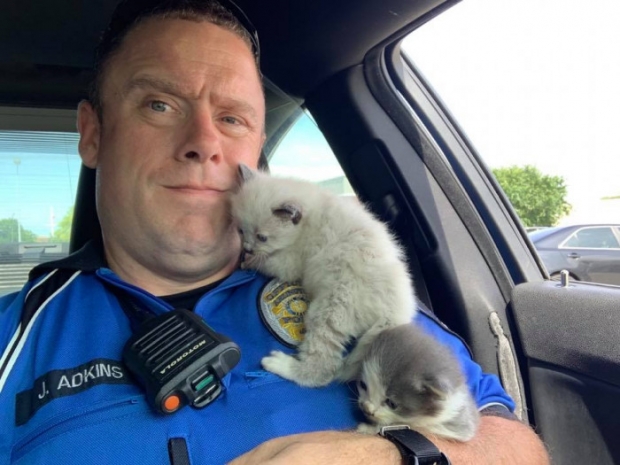 He went back to the police car, but he realized the kittens were following him too, in order to give him cuddles! The two officers brought the kittens to a vet that treated rescued animals to see if they’re fine. The vet said the kittens were about 6-week-old and they were healthy. 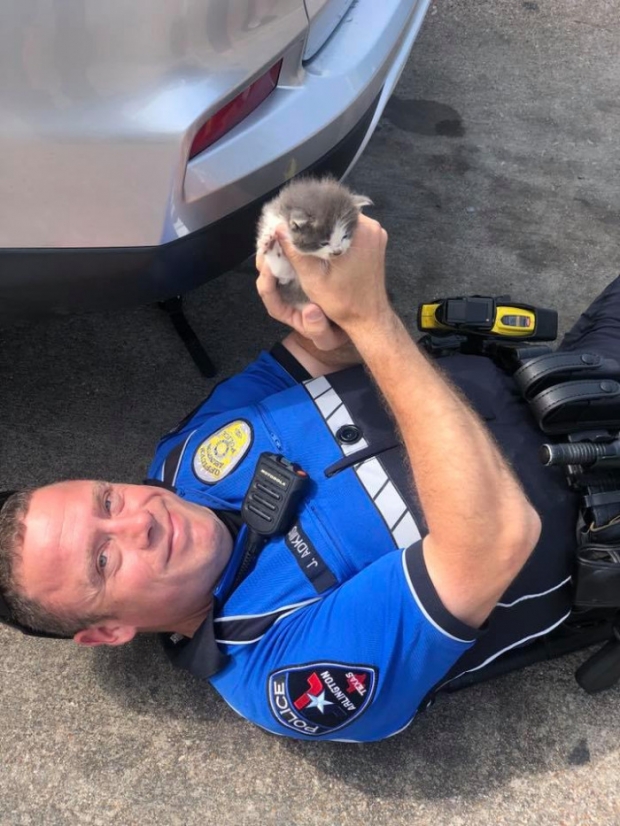 Adkins took it upon himself to bottle-feed the kittens, and while he was doing that, he felt a strong connection with them. He eventually decided to adopt them and named them Tj and Max. He wasn’t really expecting things to turn out this way, but he felt like the kittens chose him.