When this tiny kitten was brought into an emergency vet hospital, he desperately needed someone to love him. A guy who works there brought him to his home, and shortly after that, the adorable kitten found love in a gentle giant. 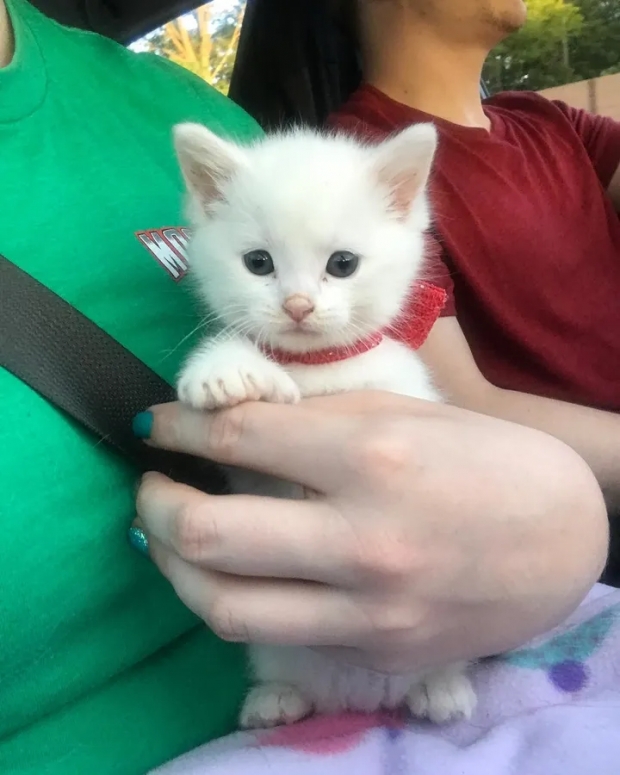 This adorable creature you see in the photo is Skywalker! 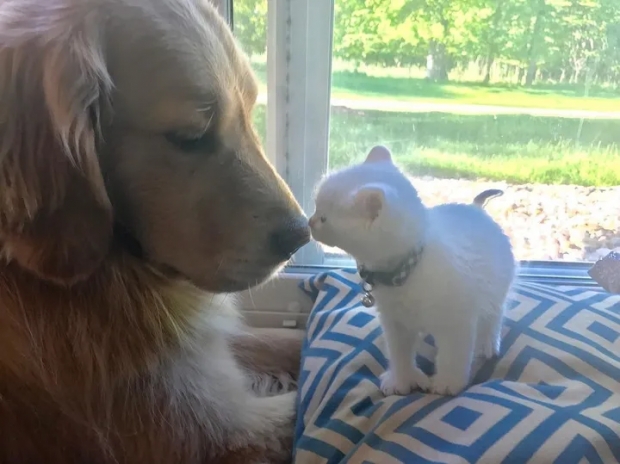 In May, little Skywalker was rushed to the vet hospital. He was approximately 3 weeks old and less than a pound. Kim Downie’s husband, who is a hospital worker, took him home. The couple also had a Golden Retriever dog named Mojito and Mojito loved the kitten straight away and started to take care of him. “She immediately started to give him kisses. Fortunately, he enjoyed them too. In return, he started to cuddle with her,” said Kim. 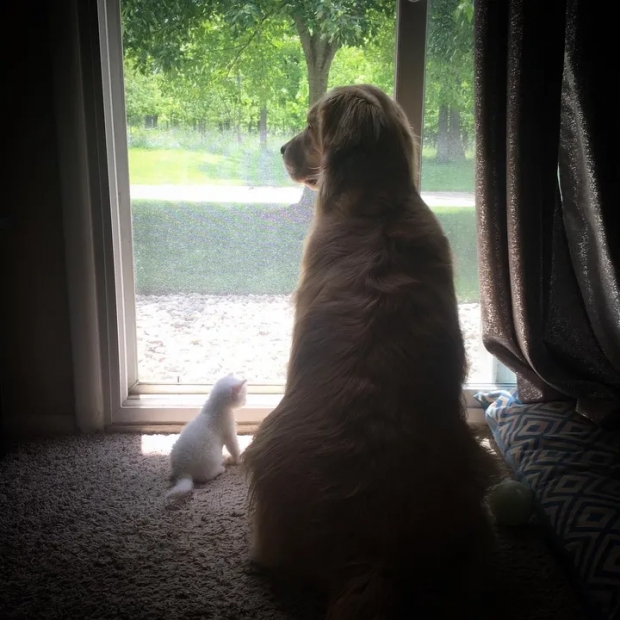 Mojito became a mother figure for the kitty right away and started to clean him, snuggle with him, and make sure that he would never be alone. They just look absolutely adorable together watching the world outside through the window! 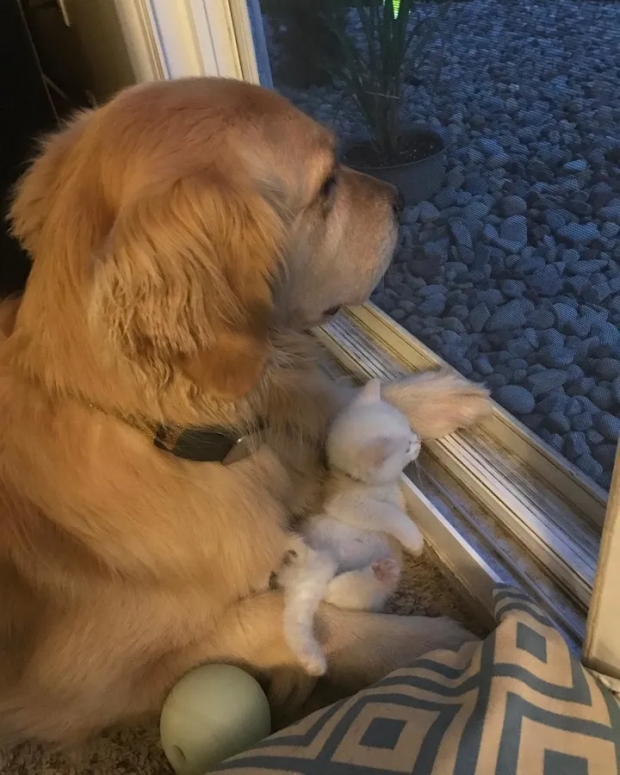 Before Skywalker, there was another kitty in Mojito’s life named Vader. She would follow Vader around the house like a shadow until he finally gave in and let her clean and love him. Now Mojito is beyond happy to have Skywalker as her new cuddle buddy! 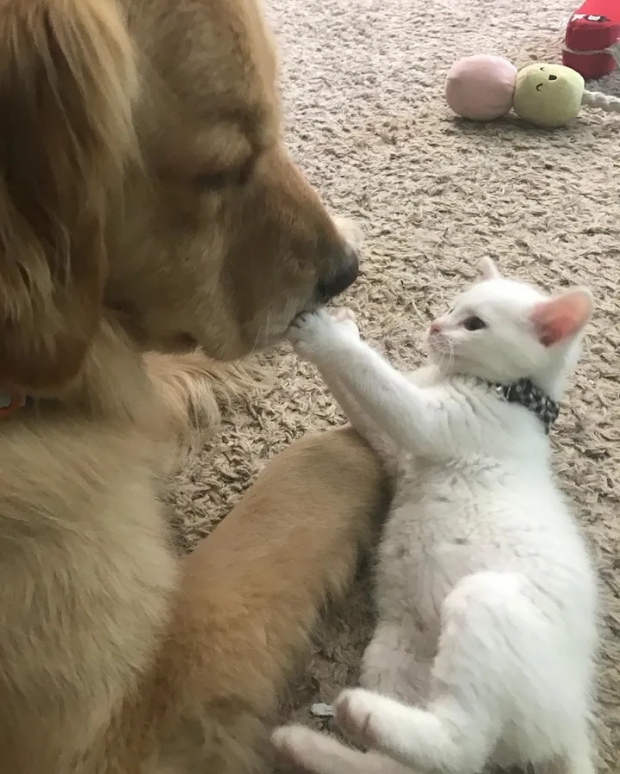 Skywalker also loves her back and he enjoys her affection. “I assume he thinks she’s his mom sometimes. Mojito is just full of love. She’s a therapy dog and she enjoys doing her visits very much. Skywalker is a silly little kitten,” Kim added. 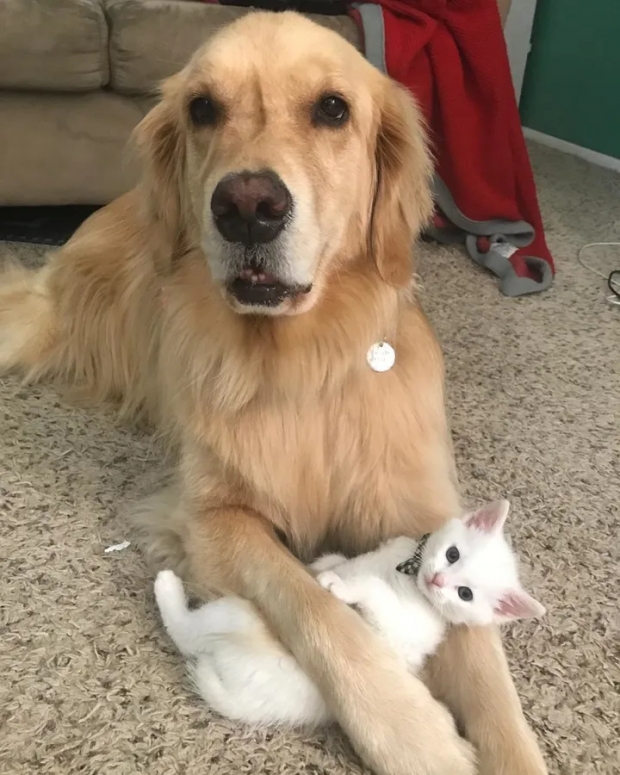 Mojito is basically the kitten’s protector. She loves cuddling him all the time. 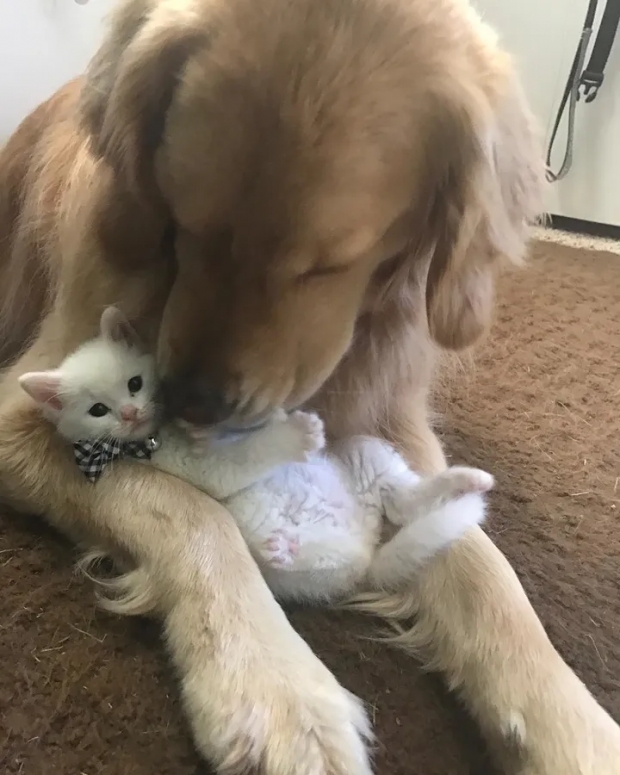 She grooms him and takes care of him just like a mother would. 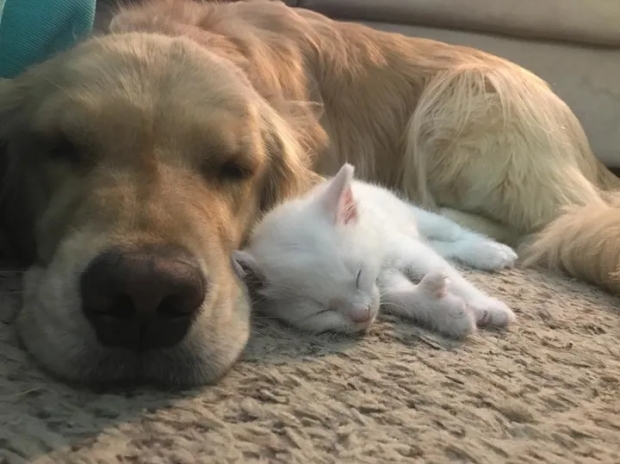 They always nap together. 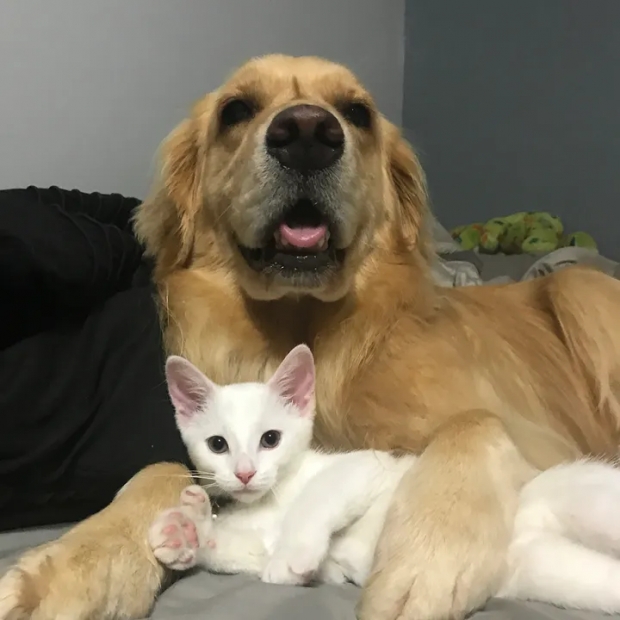 As Skywalker got older, their connection only grew deeper. 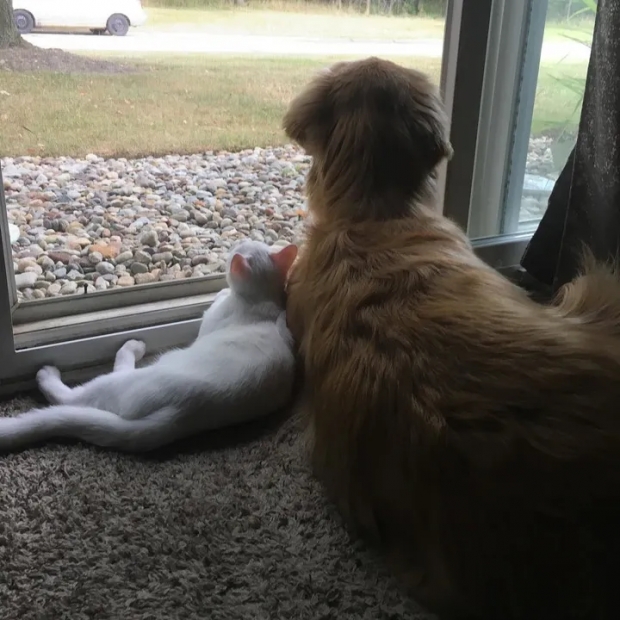 They are an awesome team! 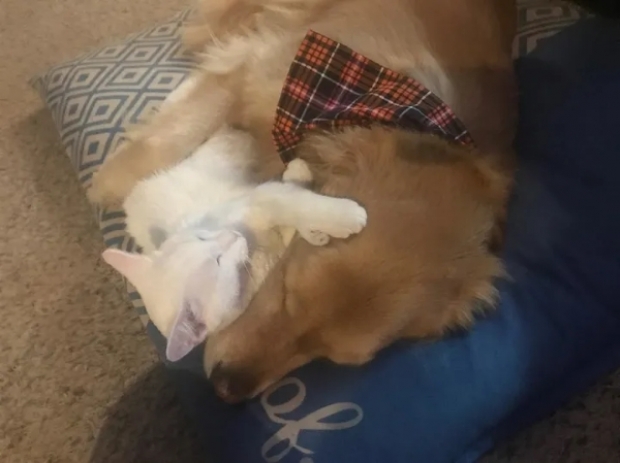 One of their favorite activities is watching the outside world together. 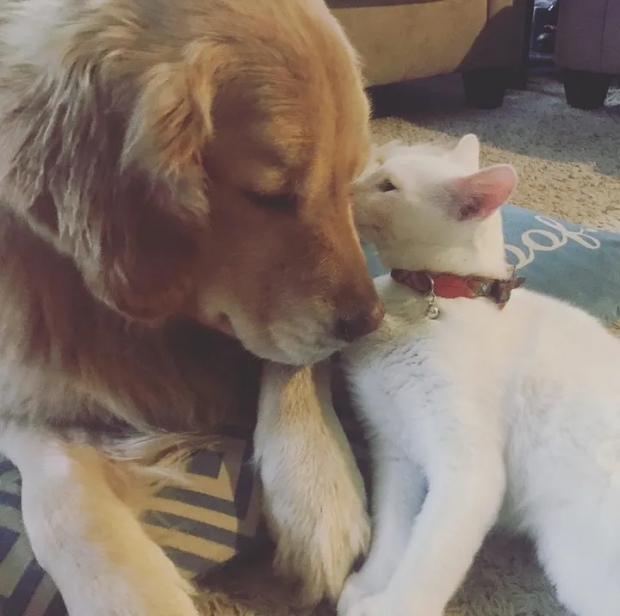 We want to cuddle them as well! 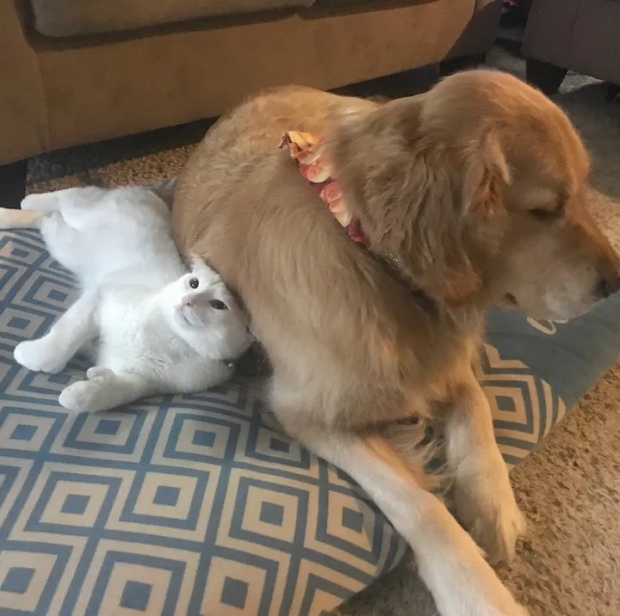 Mojito is an animal that’s full of love. When she sees a human or an animal in need, she’s always there for them and she licks their faces and comforts them with her paws. Skywalker loves his canine mom so much and he is very fond of her. 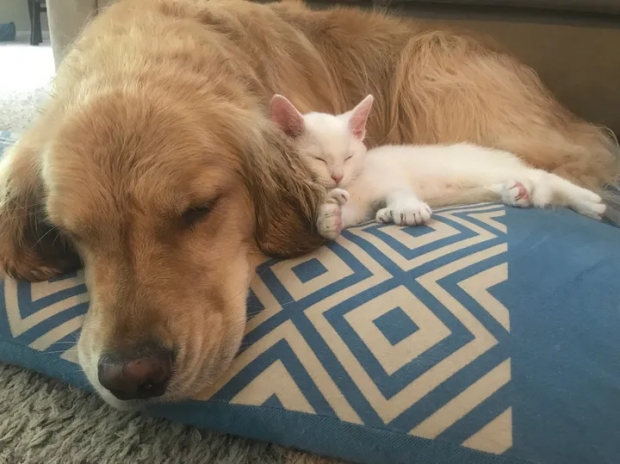 It’s been seven months since they first met and they love to do everything together. 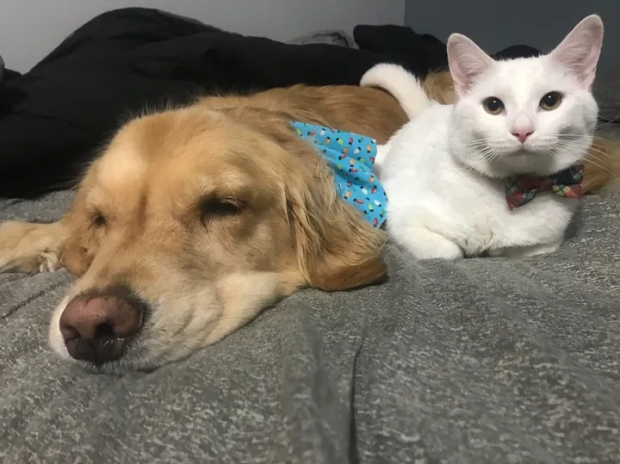 Their bond is just melting our hearts.