These stories are truly heartbreaking but once again, a family of four kittens was abandoned on the side of the road in a cardboard box. They were found in Helena, Montana, but by the time they were found, it was already too late for some of the kittens. Three out of four kittens ended up dying. 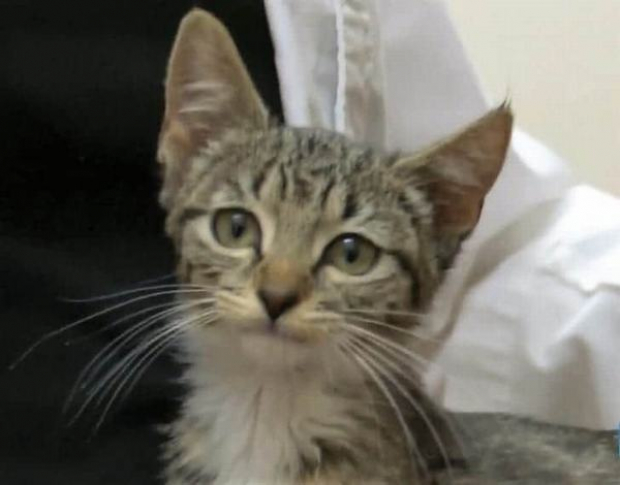 The only survivor, a female kitten, was barely surviving. The weather was extremely cold when they were found, which contributed to the deaths of poor kittens. 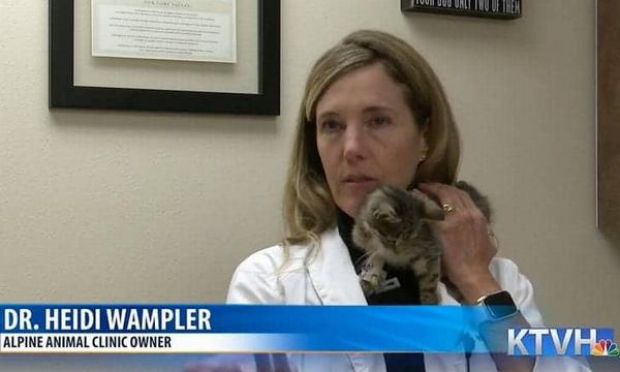 Their rescuer brought the surviving kitten to Alpine Animal Clinic. The poor kitten was in too much pain as she was suffering from severe dehydration and hypoglycemia. They couldn’t even measure her temperature as it was too low and her heart rate was very low as well. After three days of intensive treatment, however, the kitty managed to survive and now she is much better. 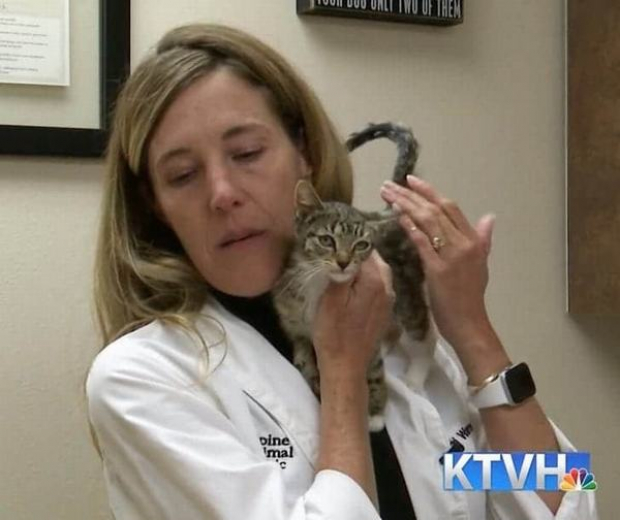 The woman who found the cardboard box on the side of the road said that the only thing she could think of was what would’ve happened if she just drove away instead of checking the box. She was absolutely happy that she could manage to save at least one kitten’s life. 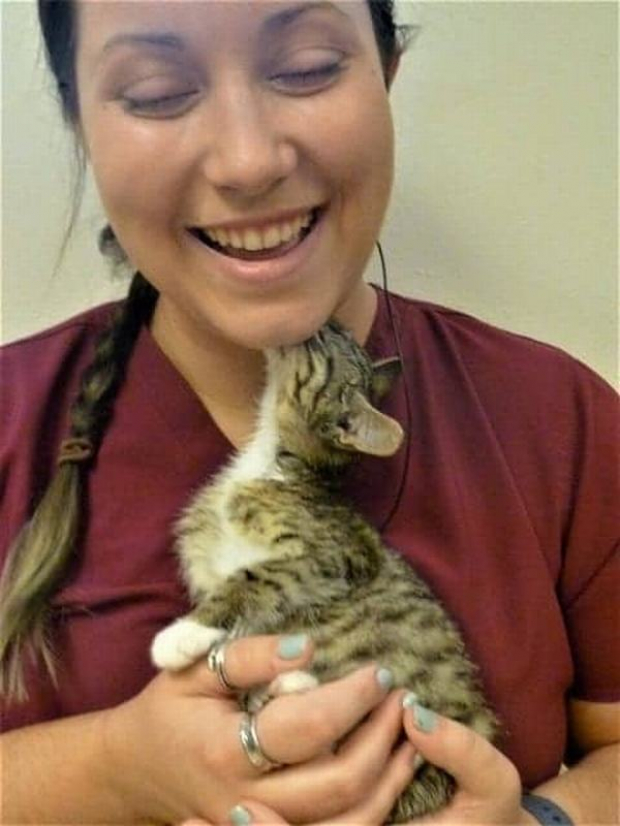 The photos Alpine Animal Clinic shared on their Facebook page show how grateful the cute kitten is to the people who saved her life. 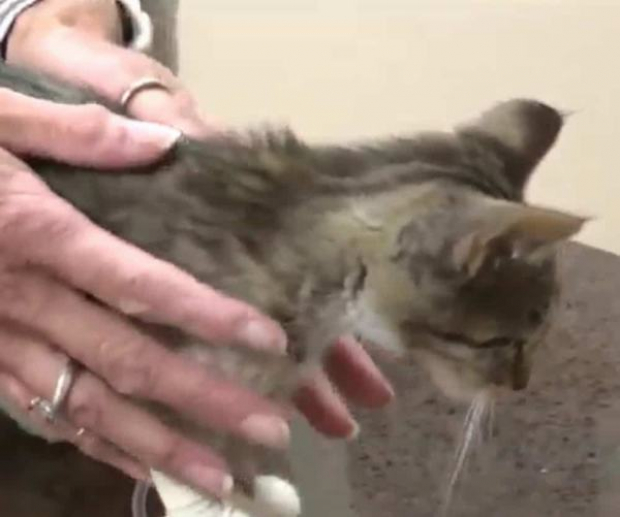 The kitten’s sad story was also featured on the local news station, KTVH in Helena. They reminded everyone that such tragedies never had to occur. 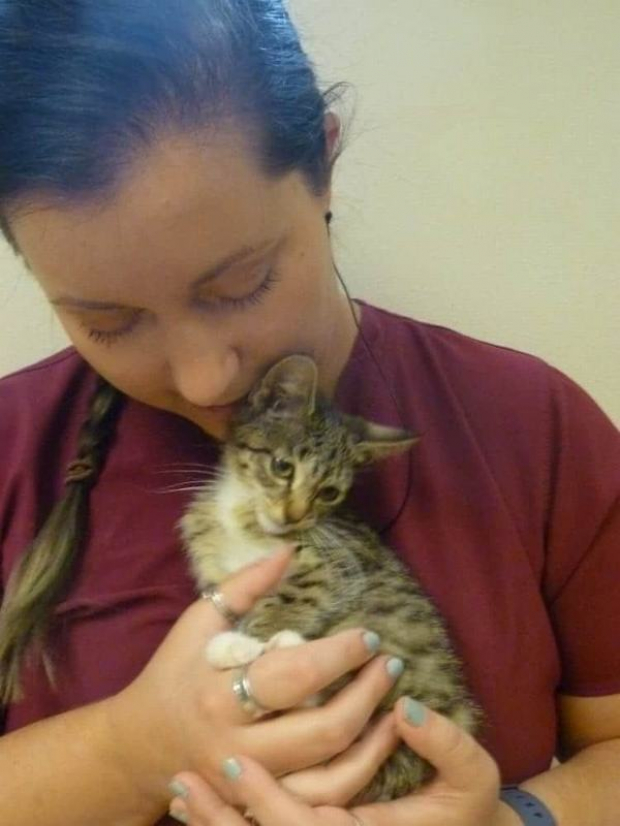 The survivor kitten is approximately 5-6 weeks old. According to Alpine Animal Clinic’s owner Dr. Heidi Wampler, the kitten is full of life and love. She likes attention and she is very playful too. The cute girl is named Nugget. 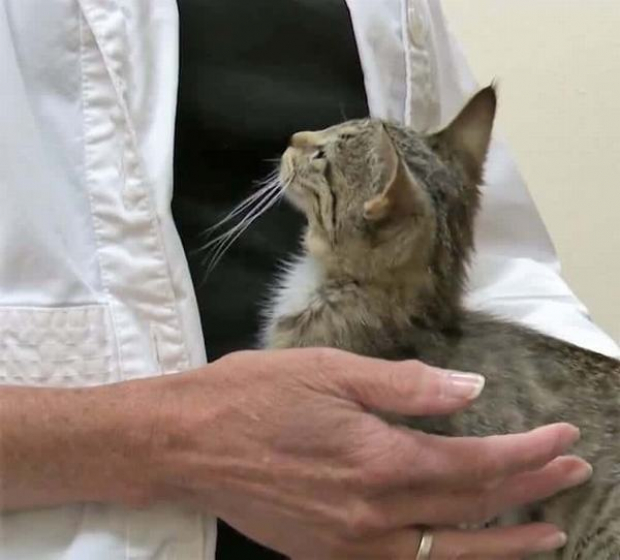 Alpine Animal Clinic made a post about her to introduce her to their Facebook followers on August 30th, 2019. They said “We named her ‘Nugget’ as she is a nugget of love, purring, and cuddling. We’re still wondering what kind of a heartless person would leave this adorable kitten to death, though.” 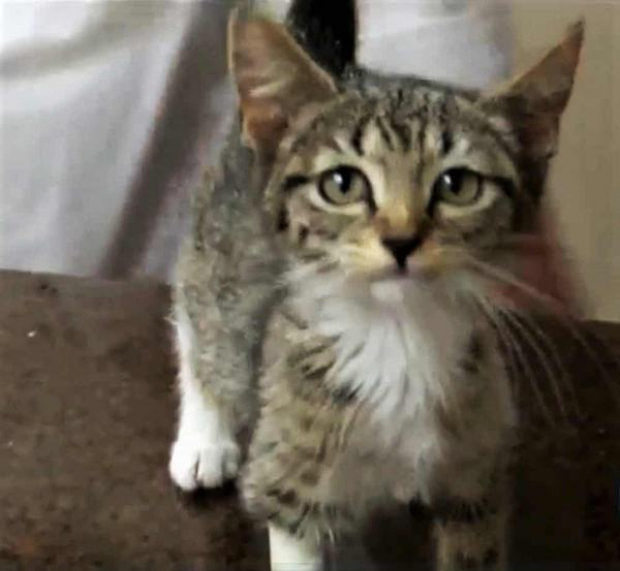 “It is not possible for us to save every kitten out there since the number of stray cats is overwhelming. That’s why you should get your pet spayed and neutered before more accidental babies are created.” 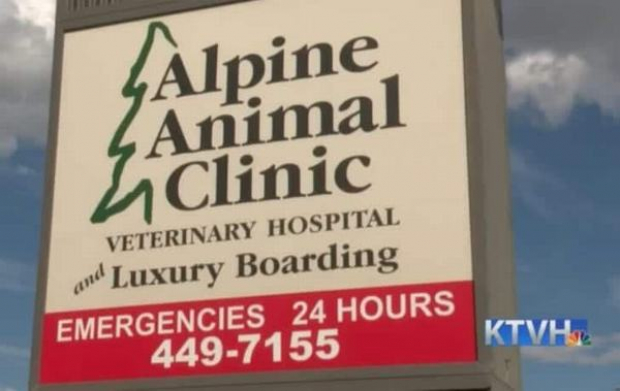 “If you like to meet our adorable Miss Nugget, be fully prepared for power-purring, assertive cuddling, and a friend that will be there for you for the rest of your life. We only ask you to get your pet vaccinated and spayed when you decide to adopt one.”