As you already know, cats are great when it comes to climbing and they enjoy being in high places. You can find your cat at the top of a shelf, or on top of your wardrobe staring at you with great confidence. So, this guy named Rob Coutu from Windsor, Connecticut decided to build really extravagant and elaborate towers for cats. His cats absolutely love them and these towers bring them too much happiness and fun, so to say. 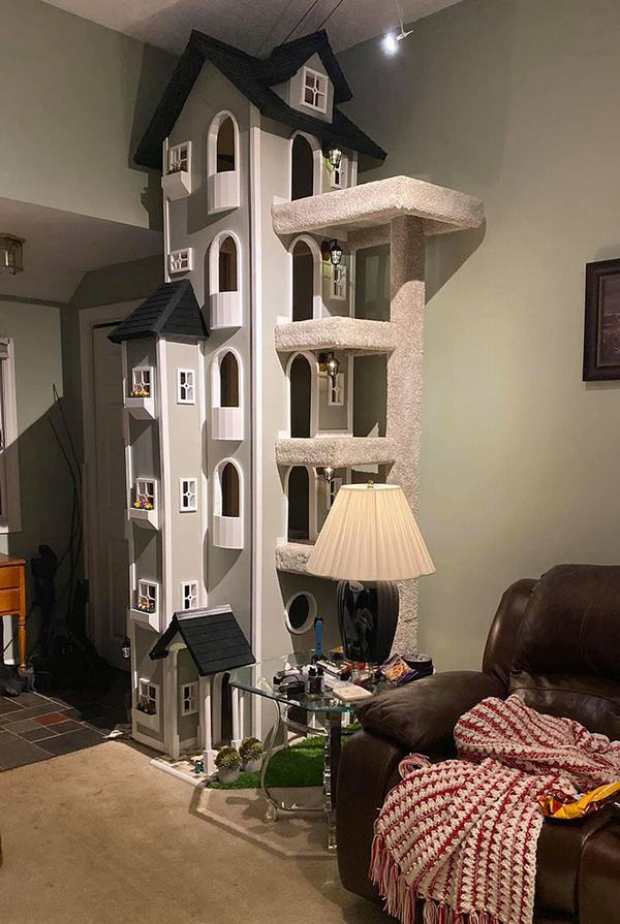 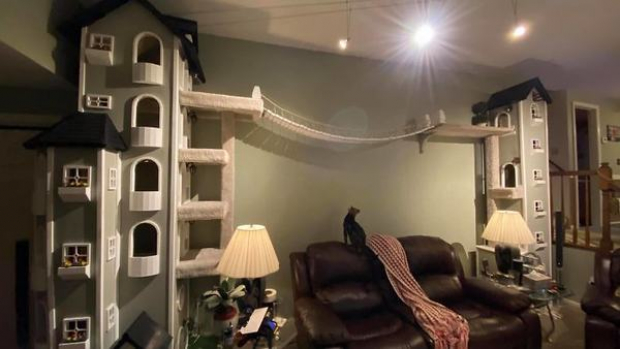 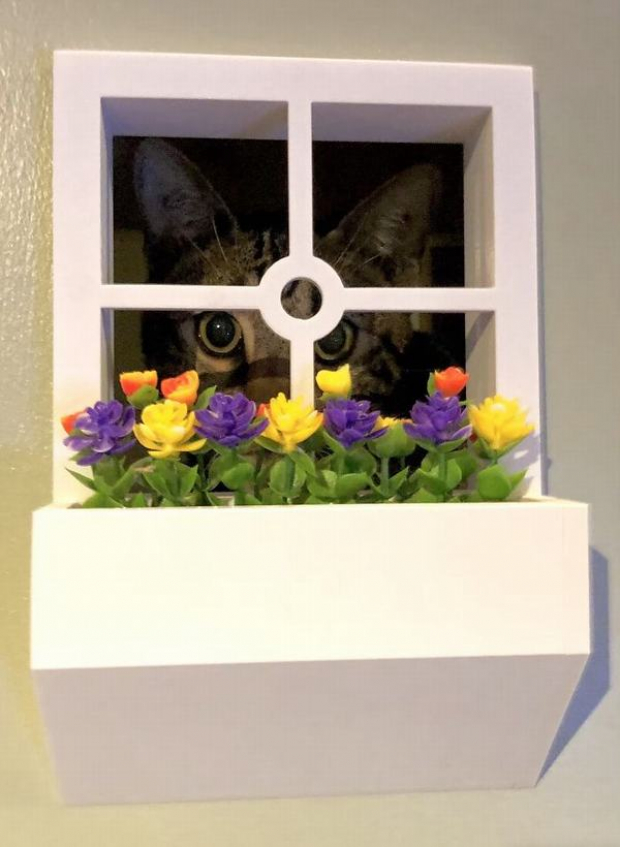 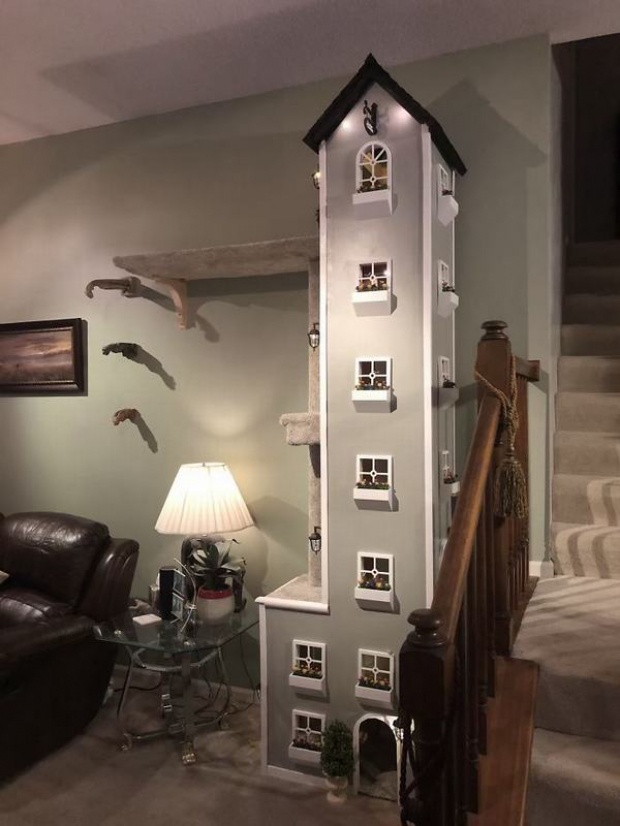 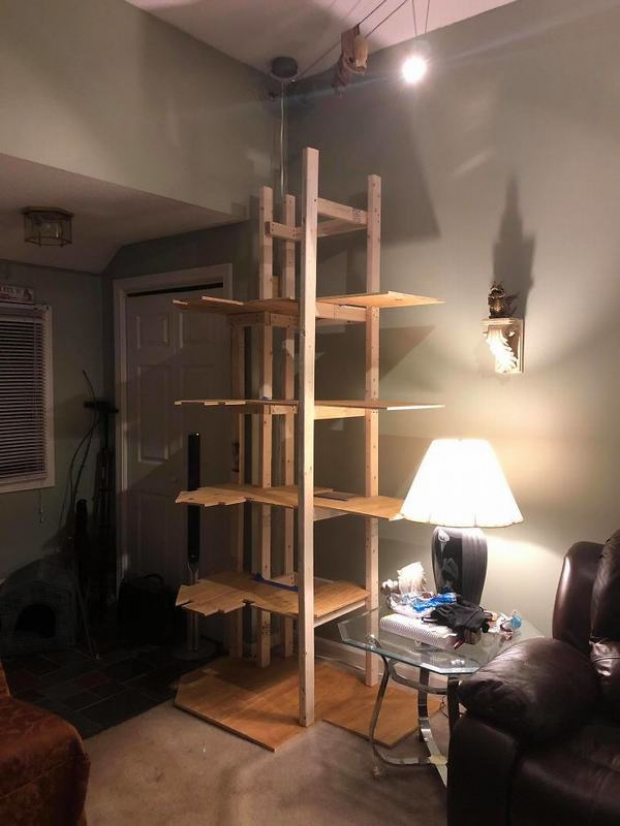 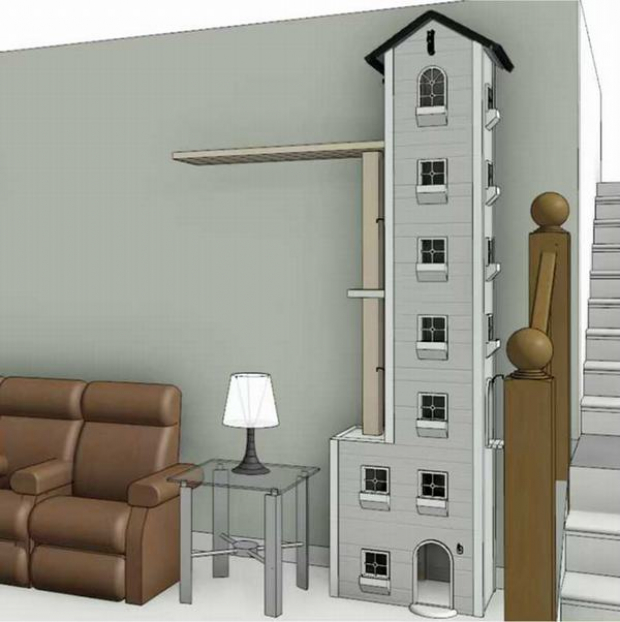 Rob is the proud owner of a tabby and a Savannah cat. Apparently, the Savannah cat enjoys the towers so much that he doesn’t even want to share them with the tabby and usually prevents the poor cat from using either of them! 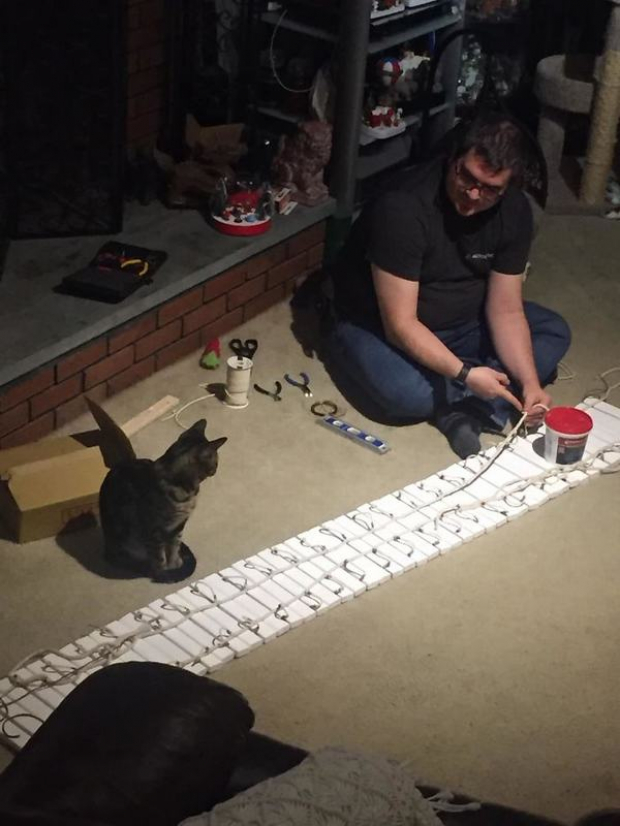 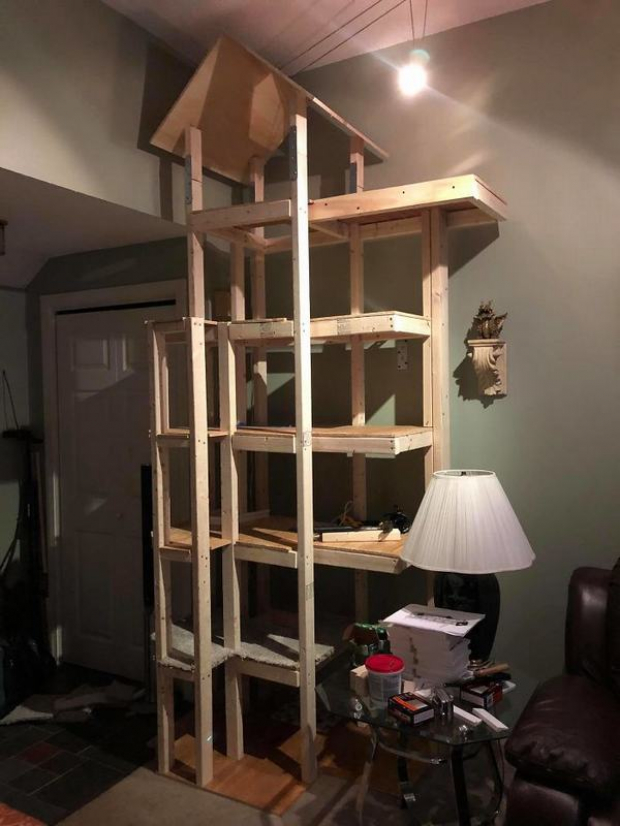 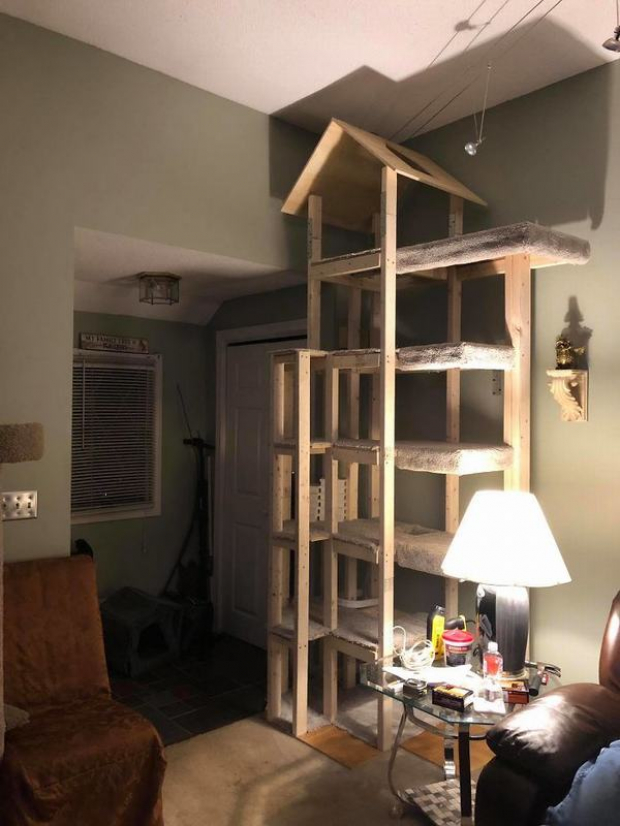 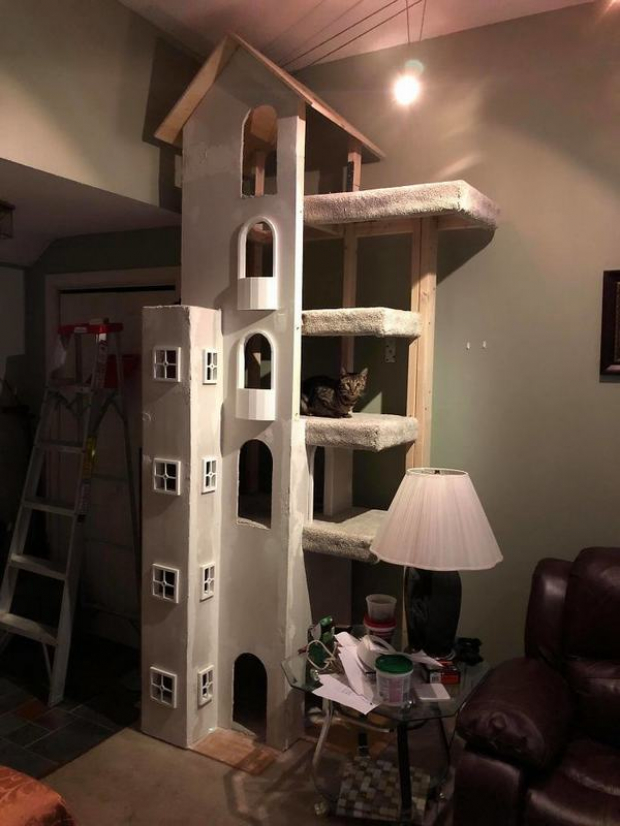 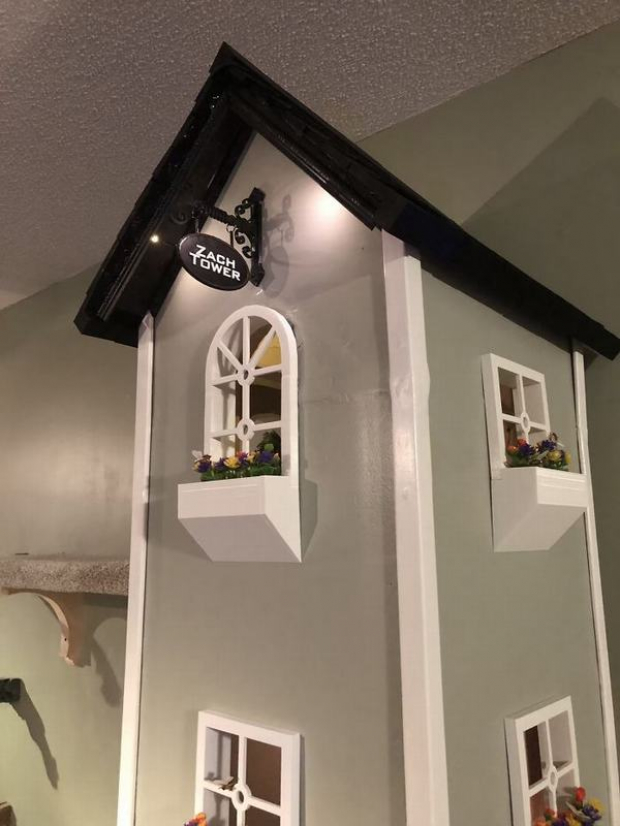 The idea of building these towers came to Rob when he saw an example someone else made but he just couldn’t get the design settled in his mind. Instead of giving up, however, he just created the towers in the way he knew would be fun and practical for both the cats and the humans. 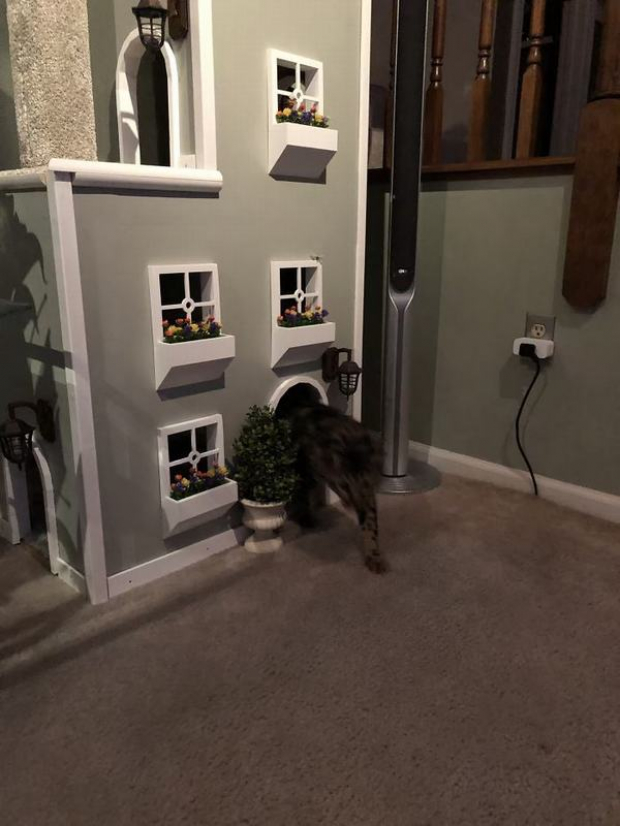 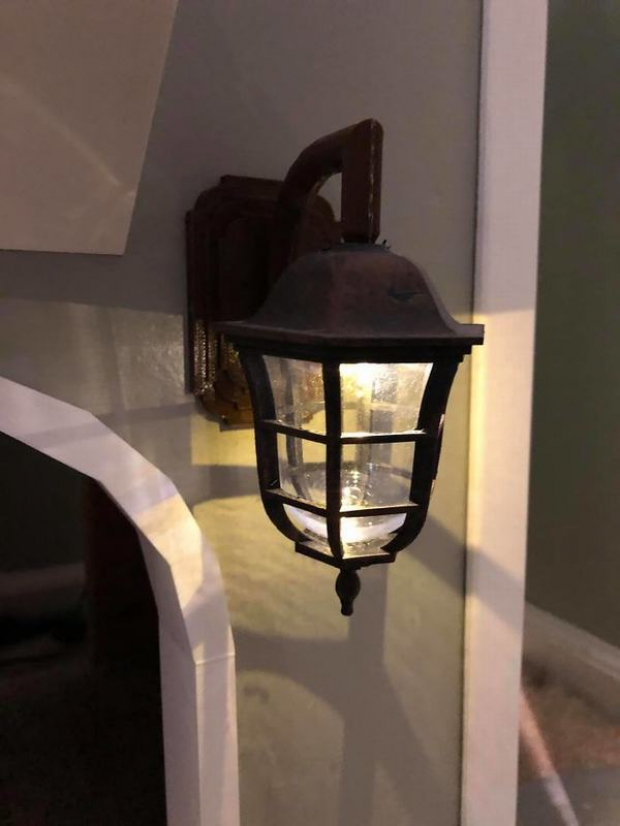 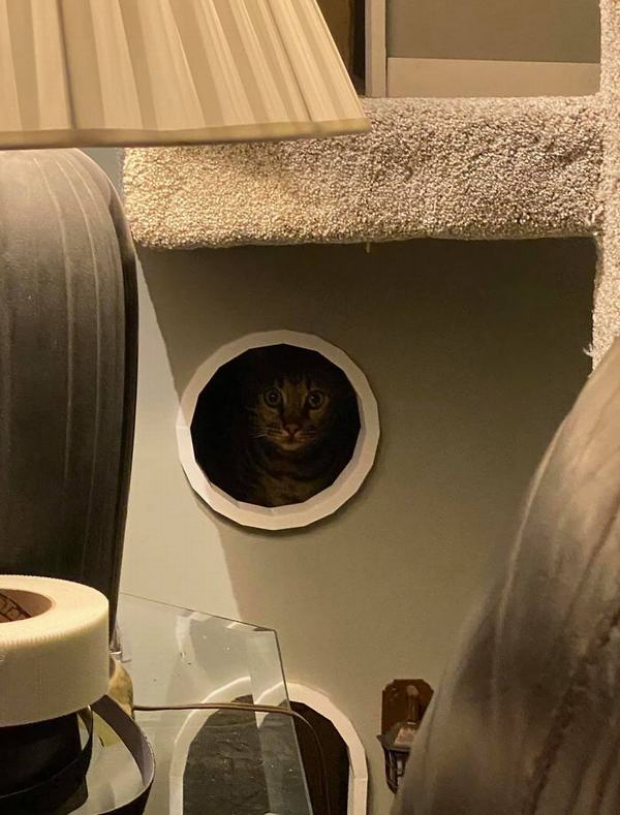 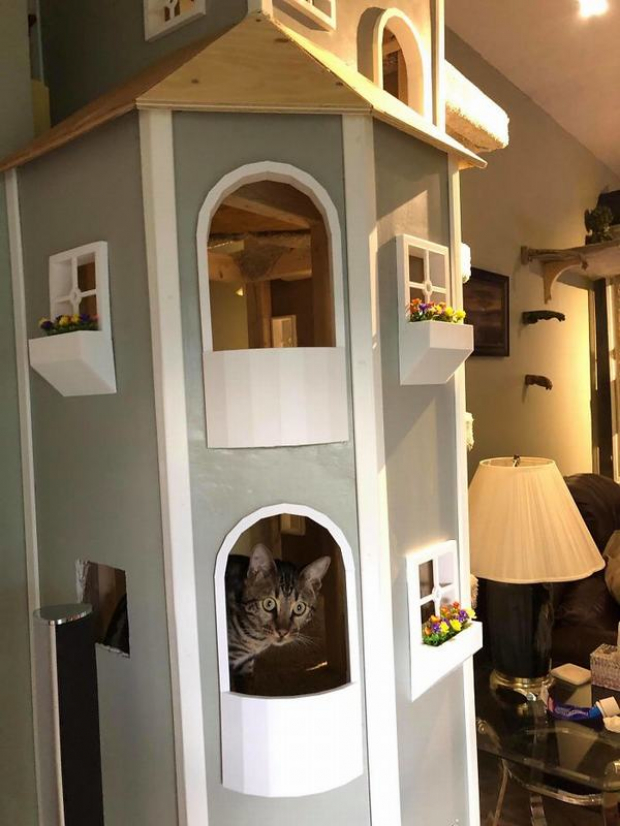 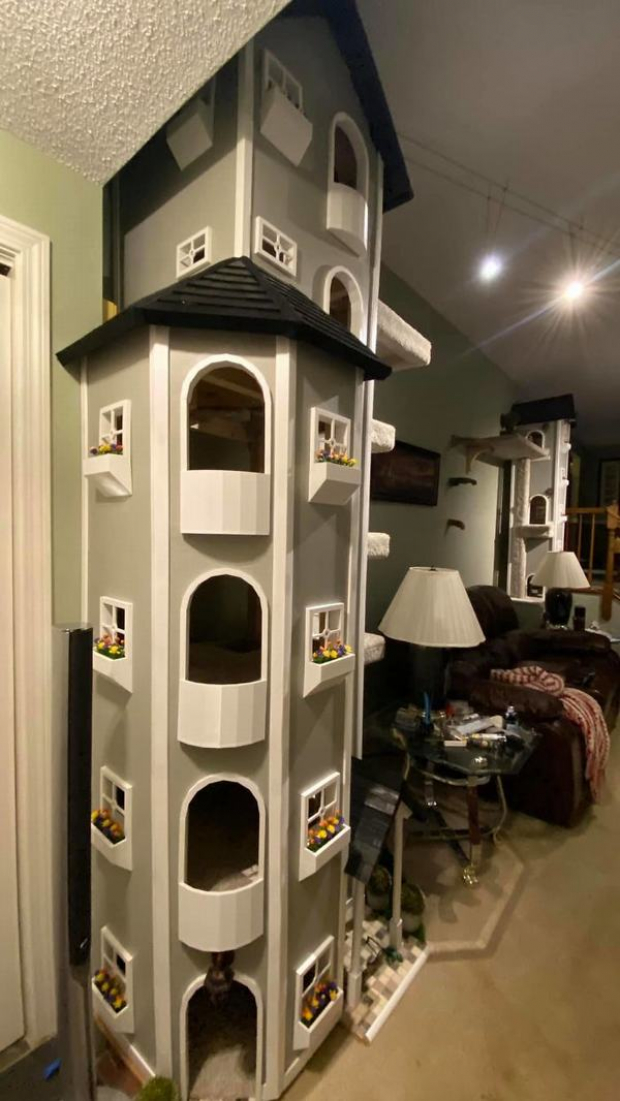 “I built the larger tower the last, but it’s nearly completed now,” said Rob. “I made some design changes in the second one based on how the cats interacted with the first one, such as the balconies and the deck landings. Since Zach, the Savannah always looks up inside the roof of the other one, I decided to add a dormer to this one.” 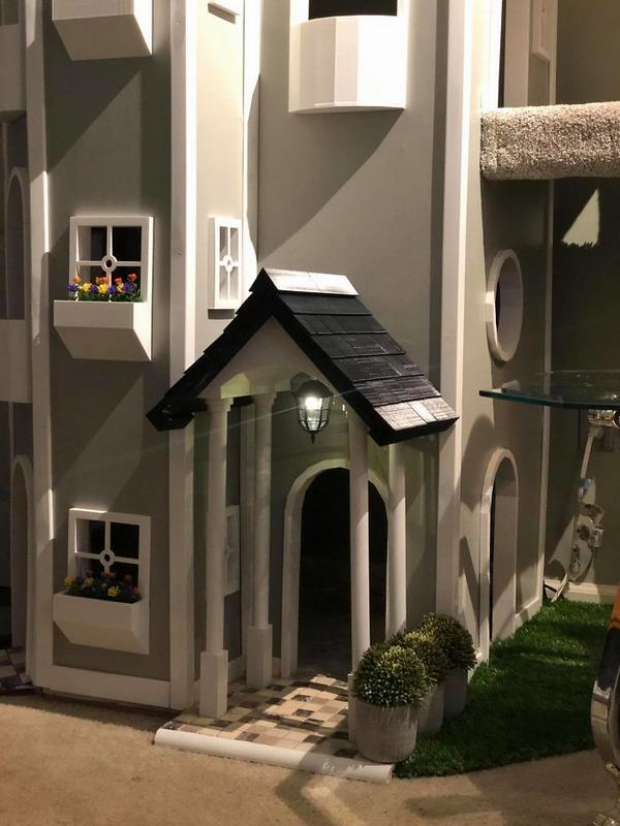 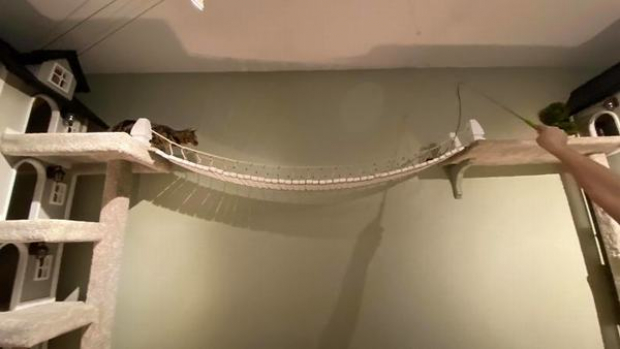 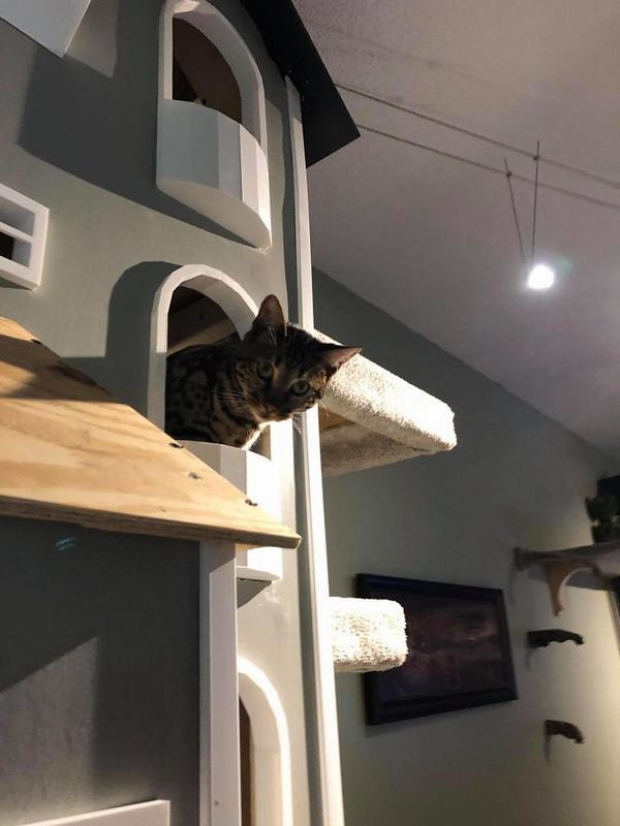 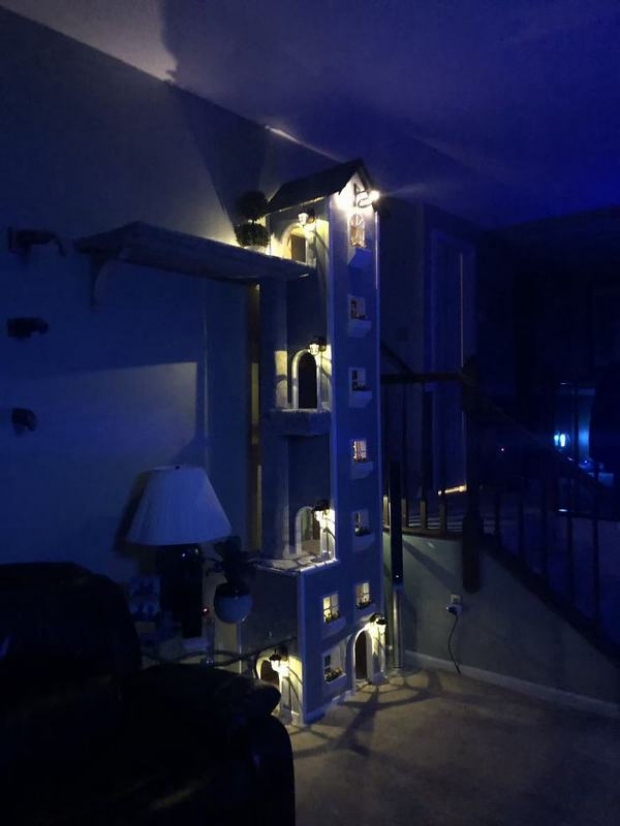 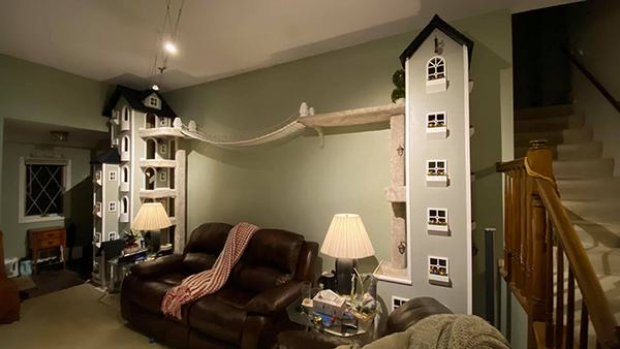 The towers are actually pretty expensive to build, though. Rob stated that the material cost currently stands somewhere around $3,500. Needless to say, he also has had to put a lot of effort into the project. But he’s not complaining. “Especially Zach really loves the project right from the start. I’m glad to see my cats happy.”

Rob’s project got a lot of positive comments from people on the internet. 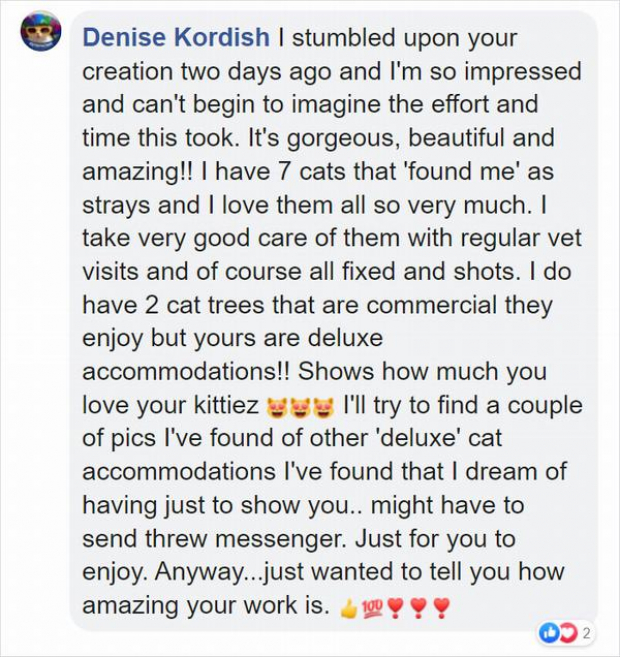