Recently, Brooklyn’s NYPD 60th Precinct got a new and very special recruit onto their team. This was none other than a charming 6-month-old tabby kitten! This adorable orphaned kitten was abandoned at the station, and he managed to steal the hearts of officers in no time! He was purring around the station, jumping into officers’ laps, giving them cuddles and snuggles whenever he could. They quickly grew a strong bond with the animal and they couldn’t bring themselves to take the cat to an animal shelter. So, they came up with the perfect solution! They thought the station should adopt the kitten and they also managed to convince the commanding officer to do just that! Their boss didn’t really reject the idea as long as they’re okay with cleaning after the kitty, so the cute kitty became their newest part of the team! 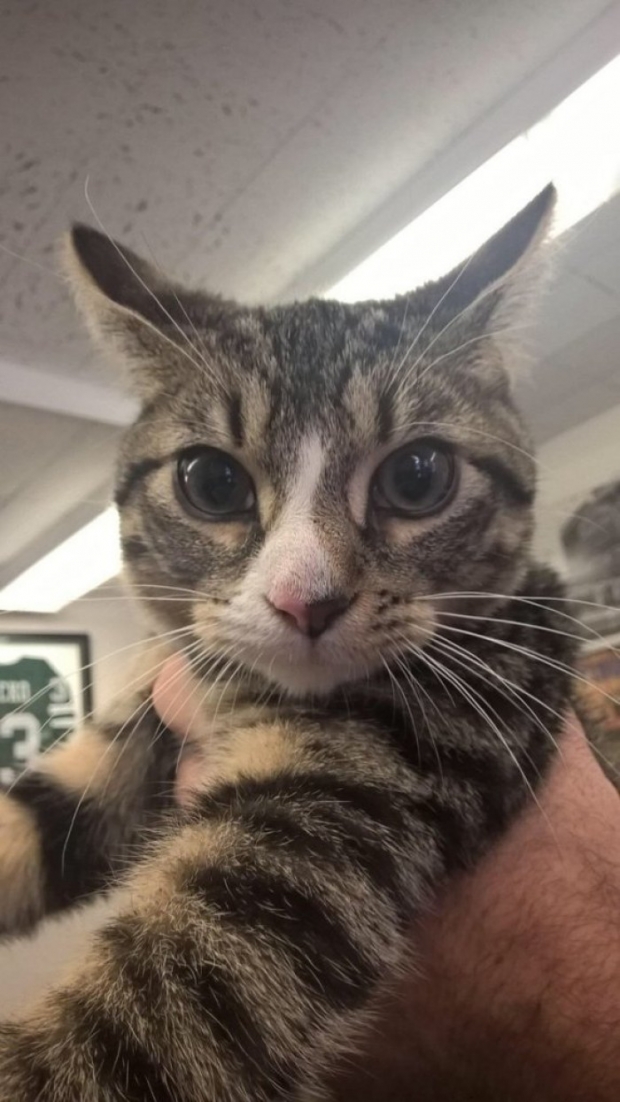 “I told them, ‘I have two cats at home and also two dogs, so it’s okay for me, but we need to get a litter box and you have to clean out the litter box,’ Deputy Inspector William Taylor said. 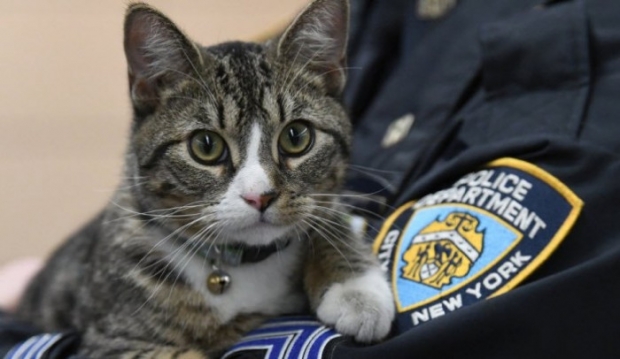 “I’m okay with covering most of the cat’s expenses such as food, treats, water, but I’m most definitely not going to clean out its litter box.” 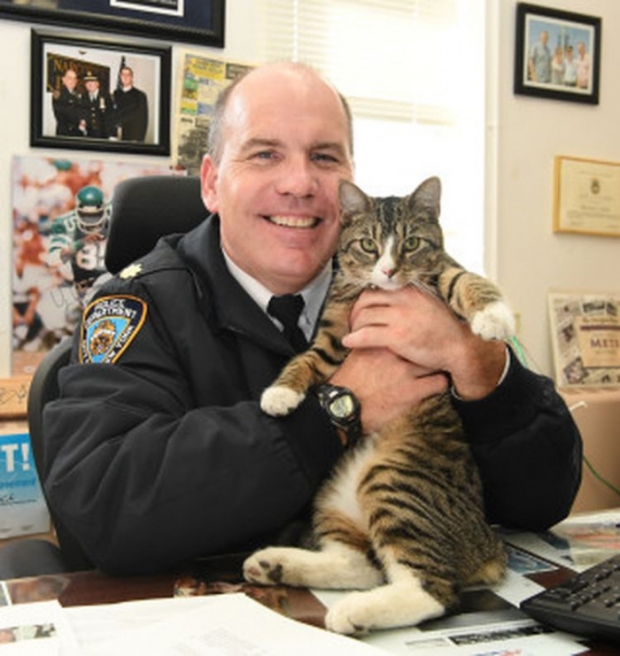 The rest of the officers didn’t have a problem with cleaning out the litter box, so they accepted this offer. Their newest furry member is now known as Martin- named after Officer Martin D. Costanza, one of the officers who had pleaded to keep him. 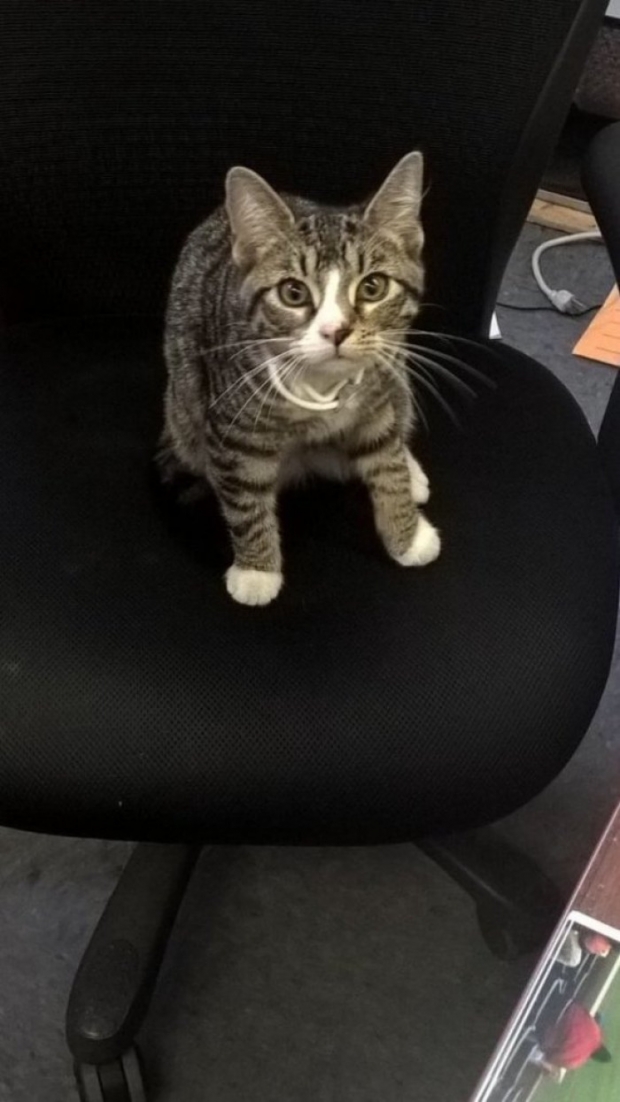 Martin is now enjoying his life at the precinct, and the officers are spoiling him non-stop! He joins at roll call every day, checking out on everyone and brightening up their days! 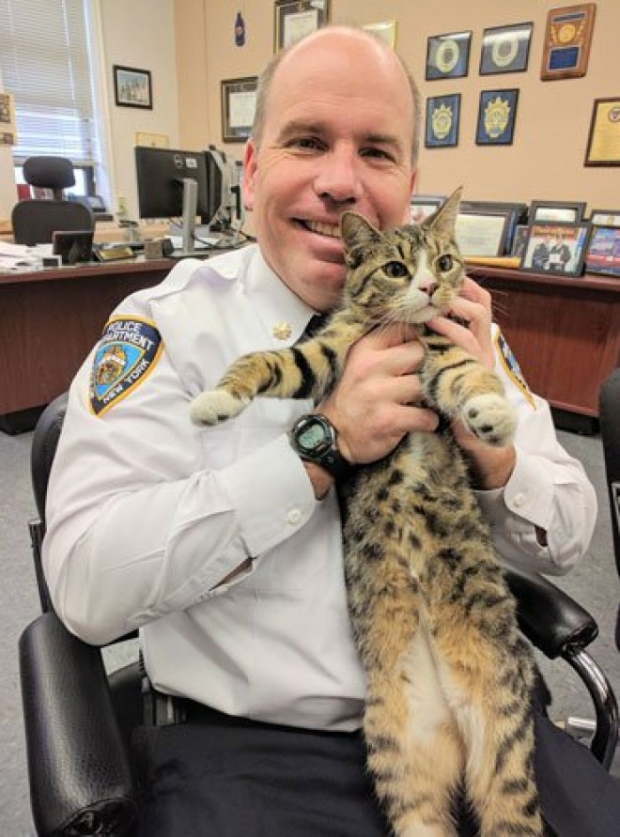 “He definitely makes me smile. Whenever someone is having a rough day, he’s there to cheer them up, and he really is good at that,” Taylor said. 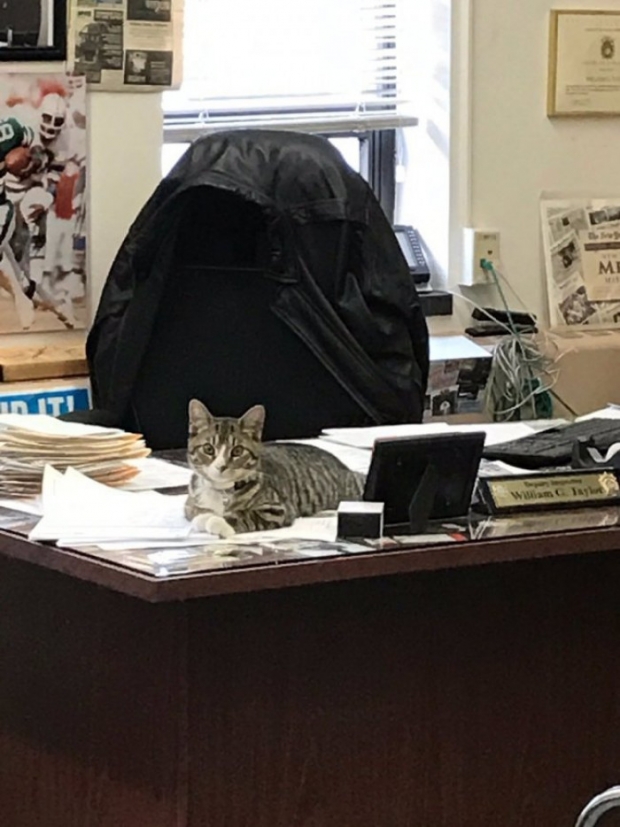 “He certainly helps us all with our mood. There’s not one person here, officer or civilian, that isn’t in love with this cat,” Deputy Inspector William Taylor revealed. “He acts like he owns the place! He managed to adapt very well to his environment.”