It’s easy to say this office cat has a unique talent. He snatches money from people! While other cats enjoy catnip, he has a strong fondness for cash. He takes money from passersby and uses it for something that actually matters. So, this is the story of CASHnip Kitty. 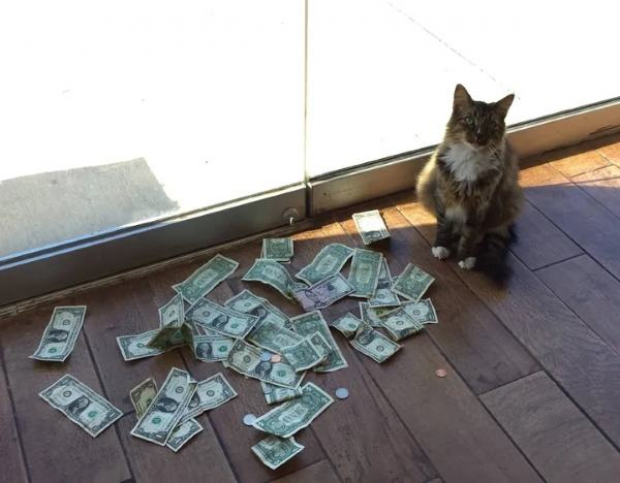 CASHnip Kitty is an office pet at GuRuStu, which is a marketing firm located in Tulsa, Oklahoma. He may look like an ordinary office kitty at first glance, but this smart cat has quite a talent that took his humans by surprise. CASHnip Kitty was adopted by the company from the Tulsa Animal Shelter when he was roughly six months old. "They said they found him wandering around in an open space. He was a stray cat before coming to live with us," the owner of the company, Stuart McDaniel, said. The charming tabby quickly solved the company's pest issue and has managed to keep all the mice and critters at bay since. he's definitely a crucial part of the team now and a brilliant supervisor. 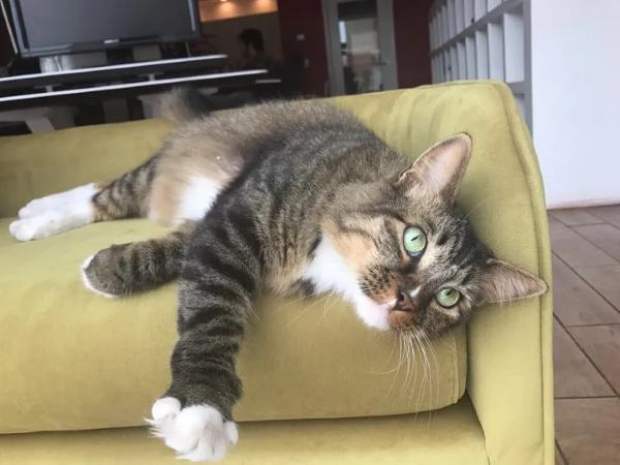 "He spends time with everyone at the office and usually walks on our keyboards and even sends e-mails accidentally before we get a chance to finish them!" Approximately a month ago, Stuart and his team found a couple of random dollar bills lying near the door. The money kept coming in and they had no idea where the cash came from. 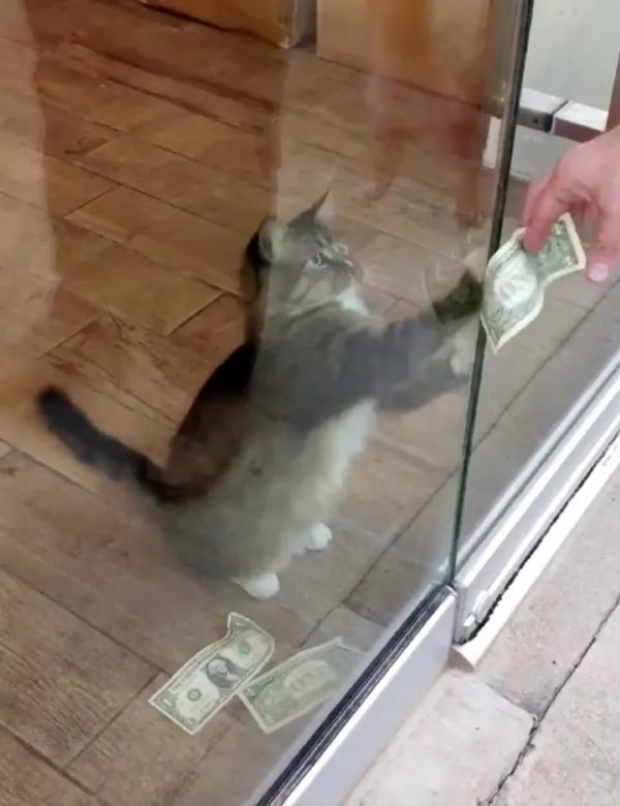 "Our buildings are located in one of the entertainment districts in downtown Tulsa, and a lot of people come and go by our door every day," Stuart said. It was just bizarre and no one could explain why the money was there until they decided to test a theory. "We thought the people were probably using dollars to play with our cat through the door and he snatched their money." 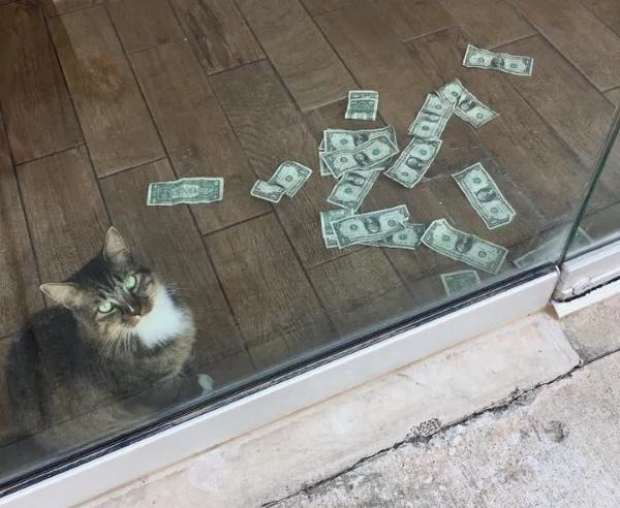 To see if their theory was true, they made an experiment where they inserted a dollar throught the door slot. And of course, the cat snatched it straight away as he'd been doing it all his life. "We did the same thing over and over again, and he jumped up and grabbed the dollar bill every time," Stuart added. You can see the adorable kitty in action in the video below: 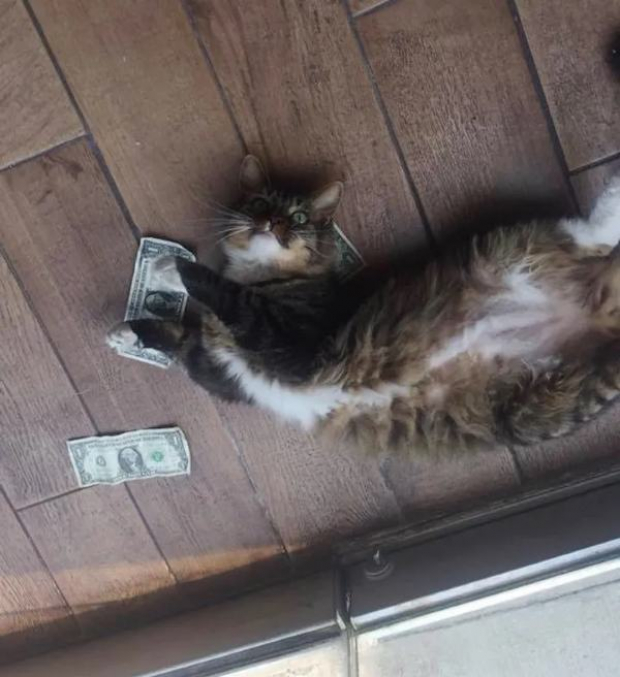 They put up a "Warning" sign for everyone to see. "This is CASHnip Kitty. Although he is a hustler, he has a philanthropic heart. He will take your money and donate it to the Tulsa Day Center for the Homeless. So, 'slide a dollar through the slot and good things will come to you,' says CASHnip Kitty. If you want to see more of him, search #CashnipKitty on Facebook." 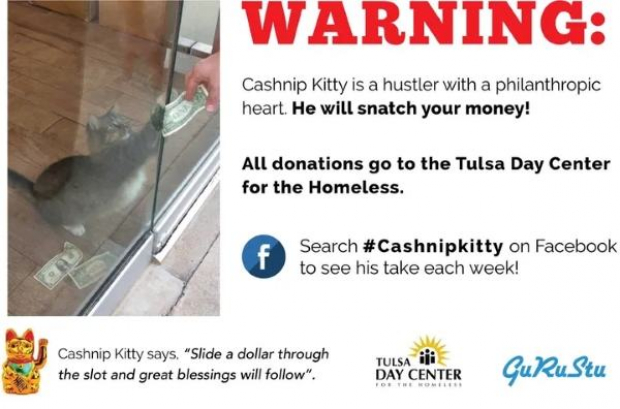 "Since we are in the downtown area, we get to see a lot of homeless people pass by our window as they walk to the various nonprofit agencies who provide them stuff, such as the Tulsa Day Center for the Homeless. It's not an easy thing to witness," said Stuart. "A lot of these homeless people take their time to play with our cat through the front window. They are kind people and they just want to tap the glass and say hi to our cat. That's why we wanted to donate CASHnip Kitty's dollars to the Tulsa Day Center for the Homeless." 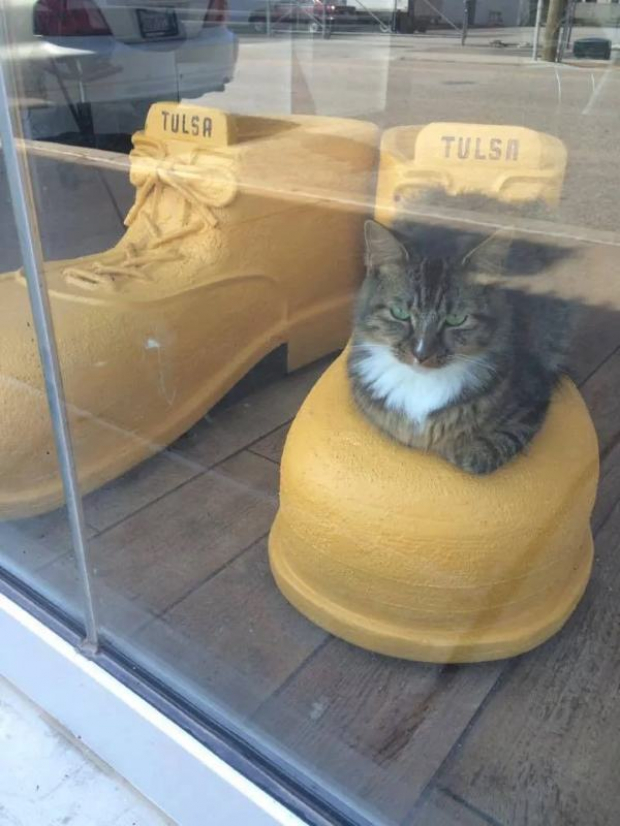 When CASHnip Kitty was younger, he would whine until somebody picked him up so his name back then was Sir Whines A Lot. He is a two-year-old cat now! Up until now, he has managed to donate more than $100 dor the Tulsa Day Center. Needless to say, he is proud of his achievement. 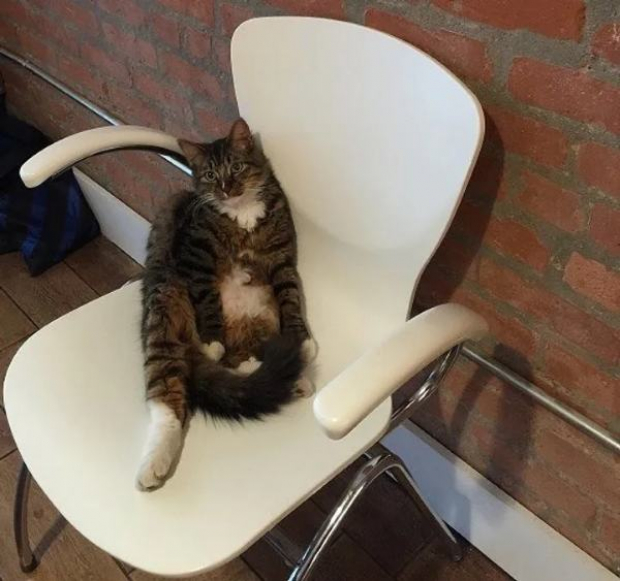 As a former homeless kitty himself, he knows how hard life on the streets can be. Luckily, he has a good life as an office cat now, and he is returning the favor by helping humans in need. 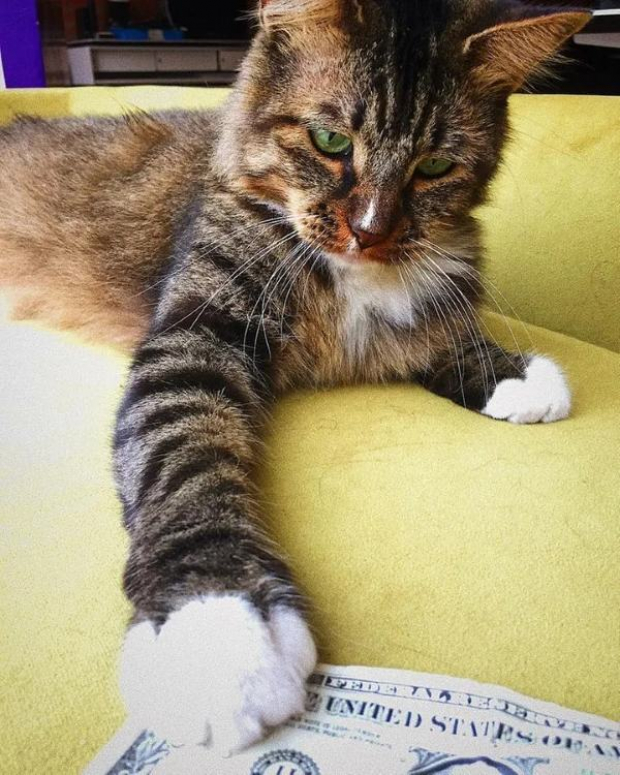 You can find an adorable video of him just being himself below, and if you're interested, this cute kitty also has a Facebook page! 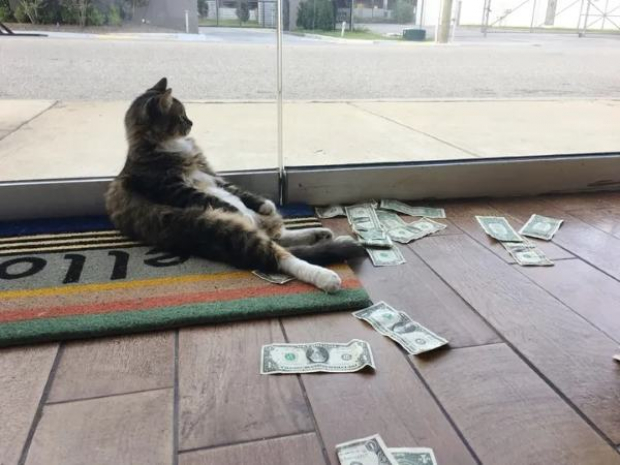 CASHnip Kitty is still snatching money from people, as you can see. 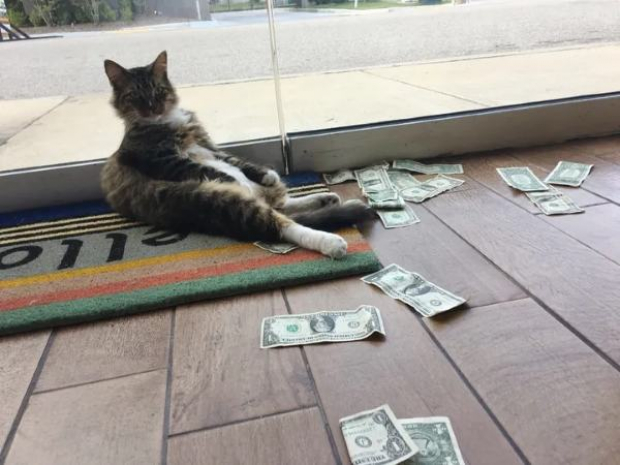 People have also started to mail their donations ever since they learned more about his cause. 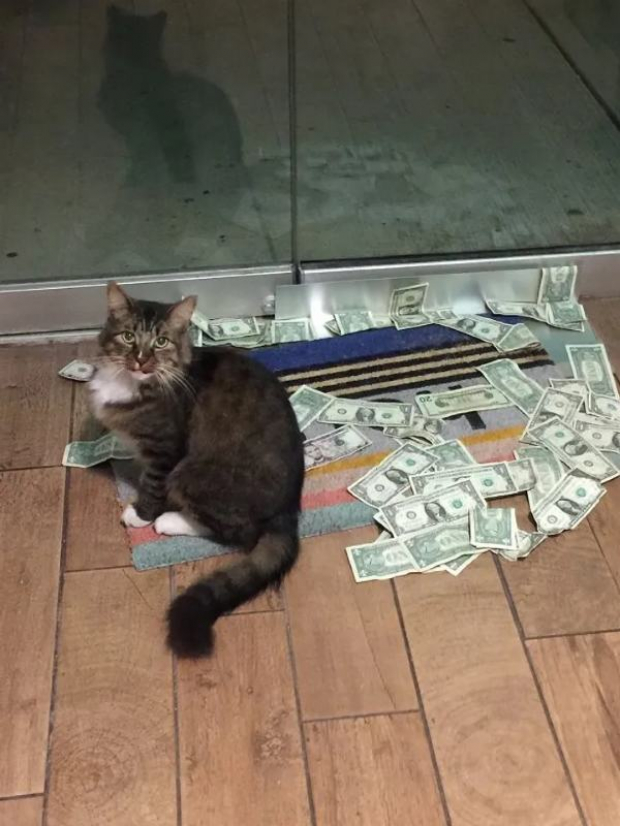 He's happy that he can help people in need.