If kittens and babies have one thing in common, that is the joy they bring to a family. 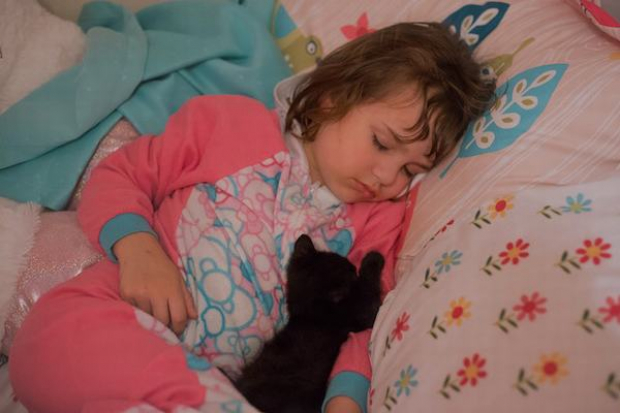 This 5-year-old girl is named Amelie. Her mother, Kitty Shuab is a professional photographer. They recently adopted this adorable black cat named Luna. Amelie and Luna became friends immediately, and that gave Kitty inspiration for a photo shoot. 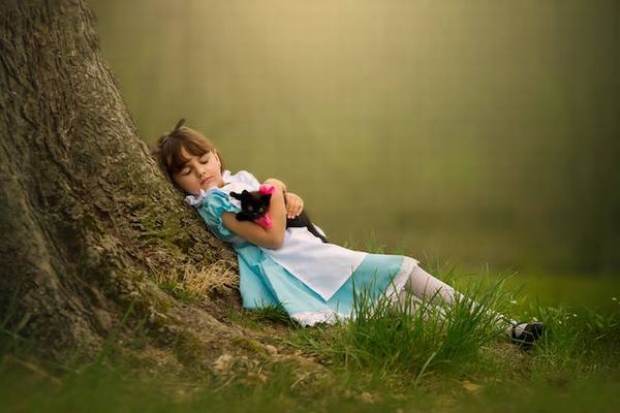 According to Kitty, Amelie and Luna are basically inseparable. The 10-week-old kitten follows the little girl everywhere around the house, and they even sleep together! Amelie also adds that when she’s not sleeping on someone’s lap, Luna’s favorite activities are terrorizing the dog and climbing in the plants. 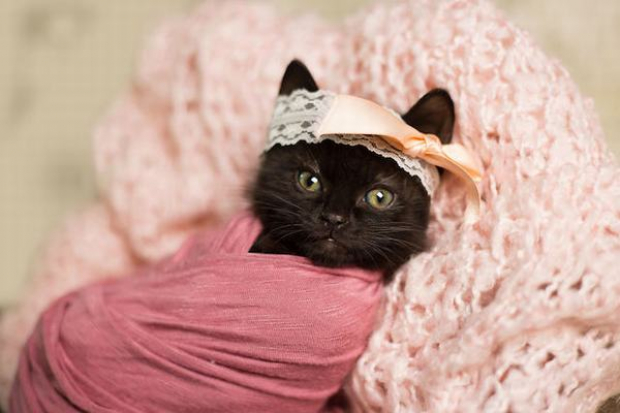 Kitty got the idea for a photoshoot when one day she saw Luna sleeping on the couch. As Luna sleeps almost the entire day, it wasn’t so hard to prepare her for the shoot. She dressed the kitten with headbands and fabrics and the results are absolutely adorable! 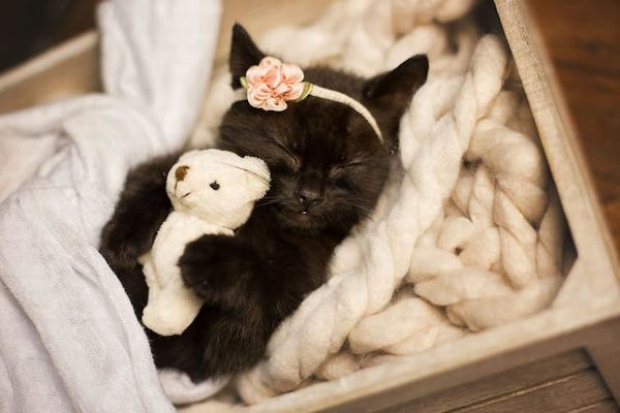 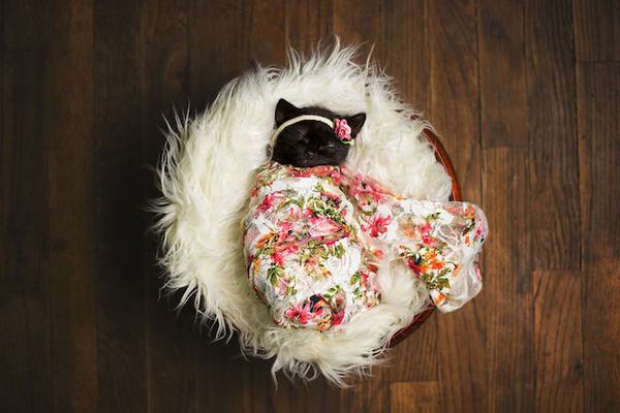 “I put her in a salad bowl while she was sleeping, and I’m really happy with the results,” said Kitty. “She was sleeping during the entire photoshoot, we tried to wake her up a couple of times, but she kept on sleeping peacefully. I don’t think that bothered her, she loves the attention, anyway.” 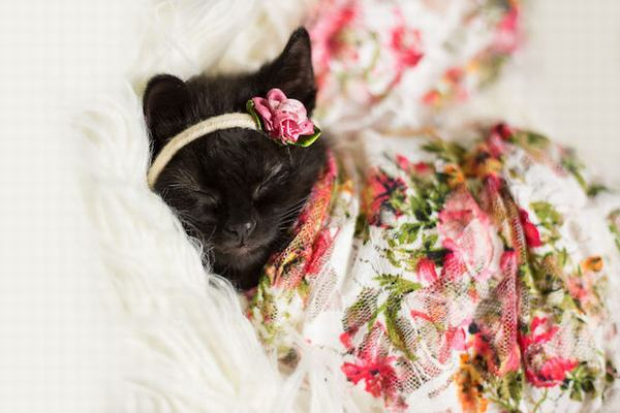