This cat’s story began when a group of cats was rescued and taken to Five Acres Animal Shelter in Missouri a year ago. The staff there were more than surprised when they found out this cat is actually a rare breed called the Havana Brown. 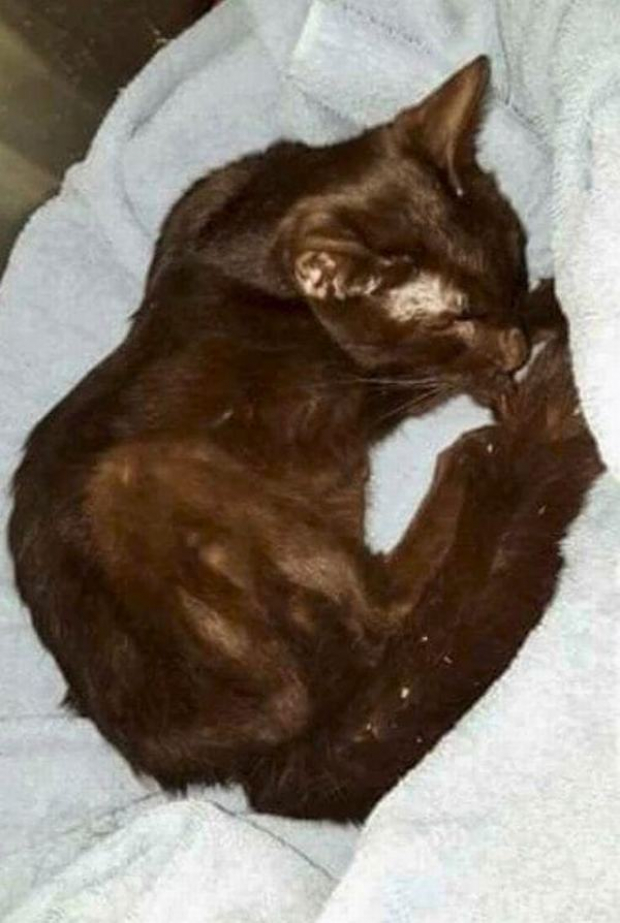 According to what we know, there are only about 1,000 individuals of this breed remaining on our planet. It’s a hybrid breed with Siamese while having a coat color resemblance with Cuban cigars. These cats also require lots of care and love just like any other cat, but they never got the chance to have these as they got constrained in small and dirty cages. 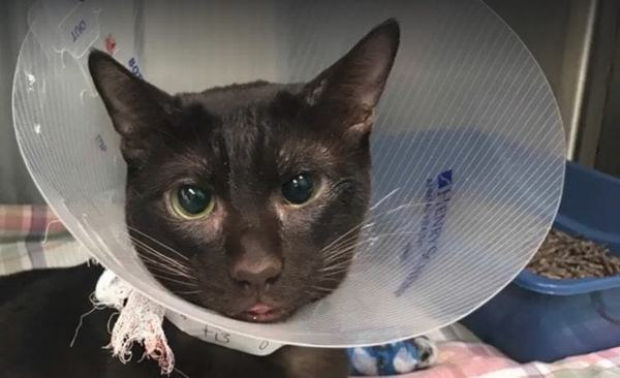 Sadly, the cats that were found by the rescuers were suffering from PTSD. They were found living in terrible conditions and they were under extreme fear. 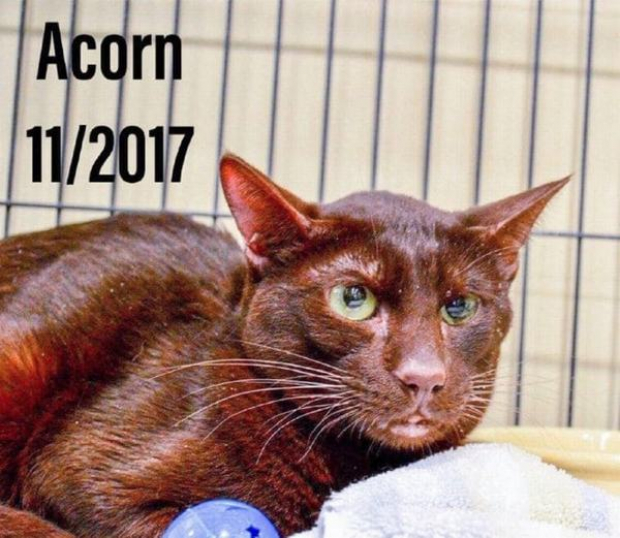 Their health conditions weren’t so bright when they were taken to Five Acres. The staff got them under special treatment for the body and rotted teeth. 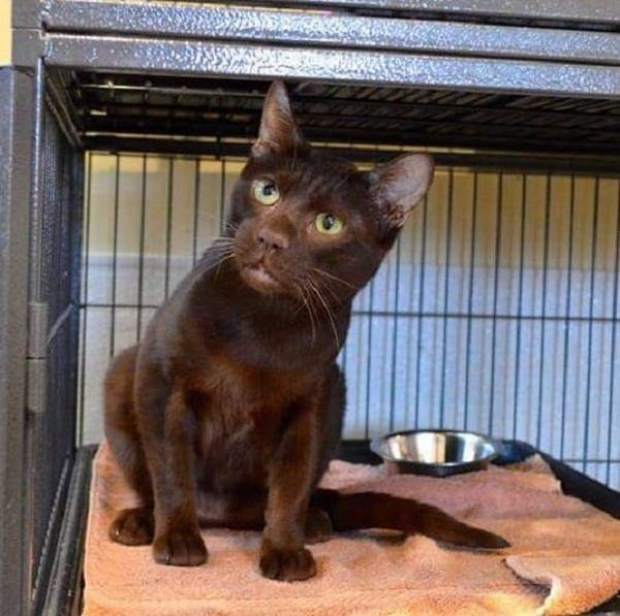 However, the real challenge was to deal with their psychological damage. The staff really need to work on that endlessly, but luckily, their efforts came to fruition. Many of the cats were put for adoption in early December. As the poor kitties required lots of love and attention, the staff at Five Acres made sure that the families that wanted to adopt them were able to give them the life they deserved. 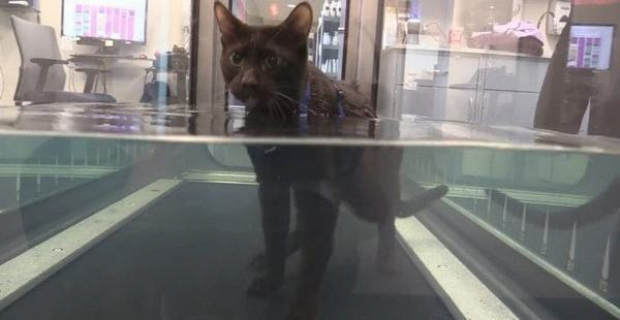 This cat named Acorn was one of the hardest cases they had to deal with. He had difficulty walking and standing straight due to dislocated kneecaps resulted from the crouched down life. 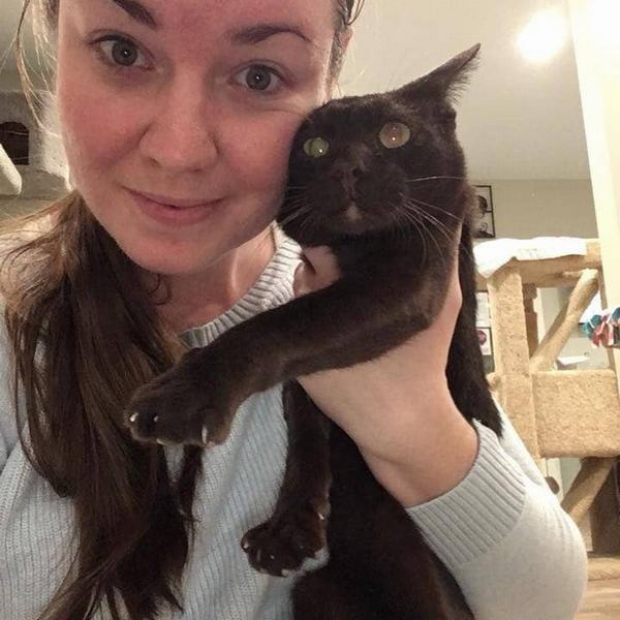 Acorn had to undergo a risky surgery operated by Dr. Arndt, and he managed to take it like a champ. His recovery was going very well in the fall of 2018. He became the first cat ever to try the underwater treadmill during his time in the foster home. 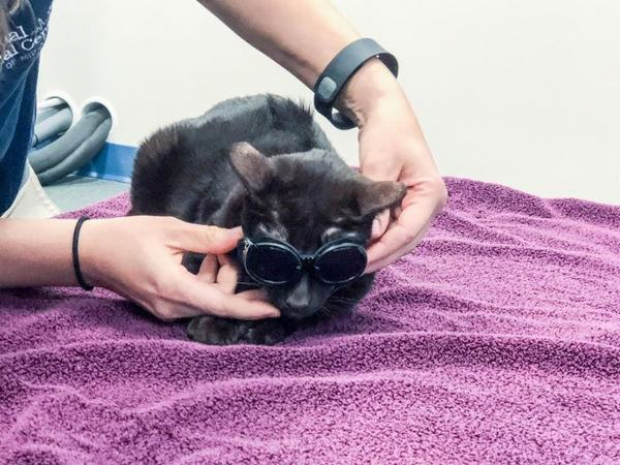 Fortunately, Acorn is regaining his cat instincts and health. It looks like he’s going to have the life he deserves very soon, and he’s going to be the playful cat he always wanted to be.