Even though it is very heartbreaking, it’s true that animals can get rejected by their mothers due to a variety of reasons. 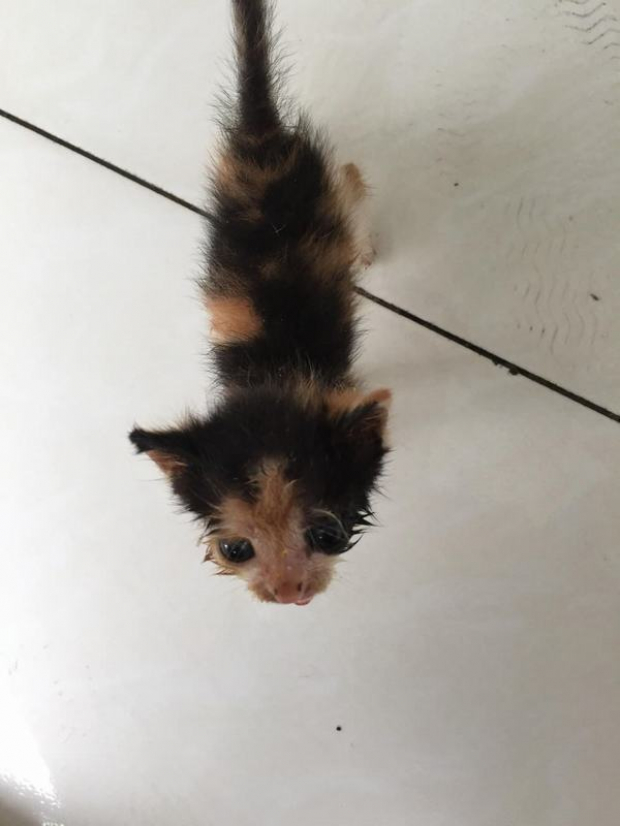 In these cases, baby animals turn into easy prey for the predators around since they are too weak to survive on their own. The kitten in this story was also one of those animals who got rejected by their moms. 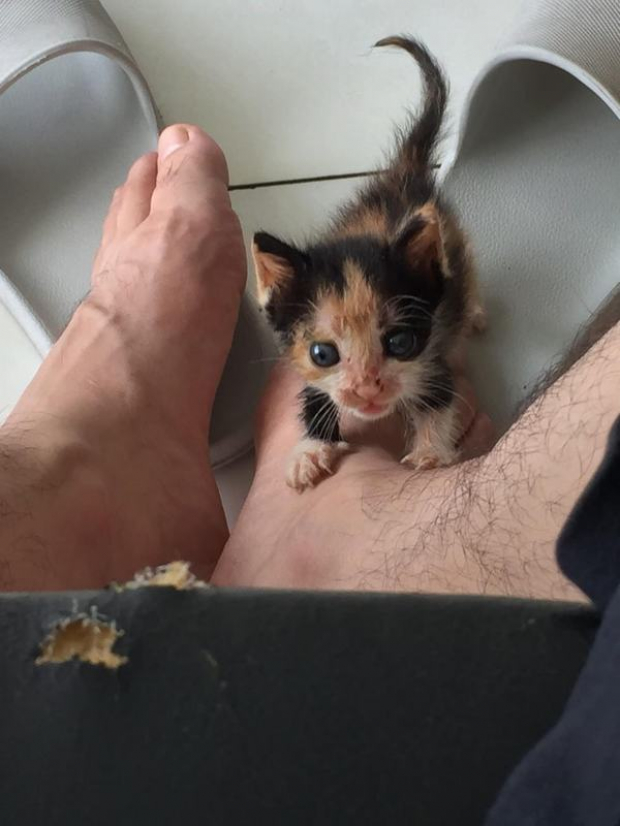 This tiny calico cat named Sansa was found by a guy named Alan when she was purring for her mother’s love. Unfortunately, her mom was just too busy taking care of her other bigger kittens and decided to ignore her completely. 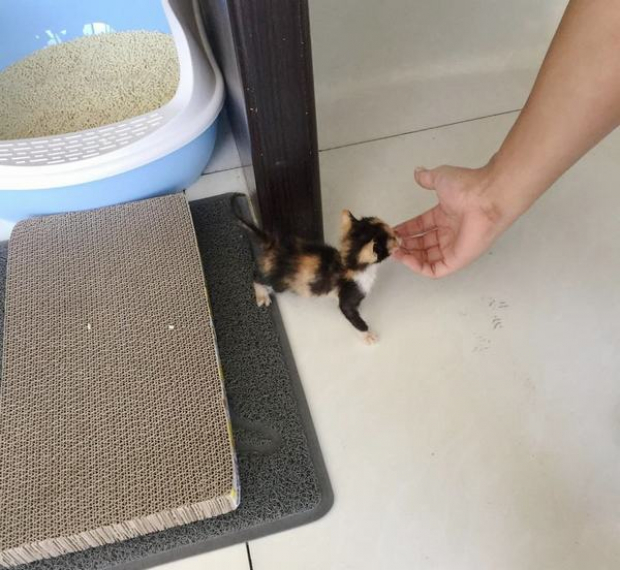 Since she wasn’t fed, Sansa was too thin when she was found. But Alan decided to take her in and give her the care she deserved. 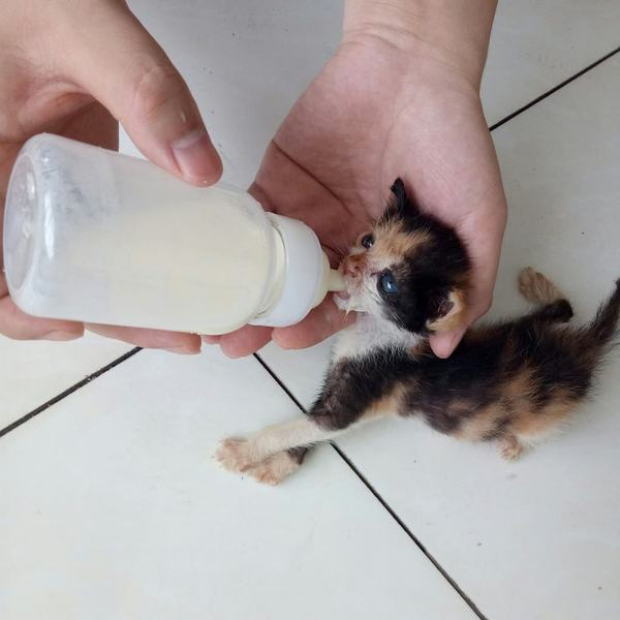 When he first brought her home, Sansa was too weak and tiny, about half the size of Alan’s feet. She could barely walk, and she was desperately in need of love and affection, but Alan managed to raise her into a beautiful calico cat. 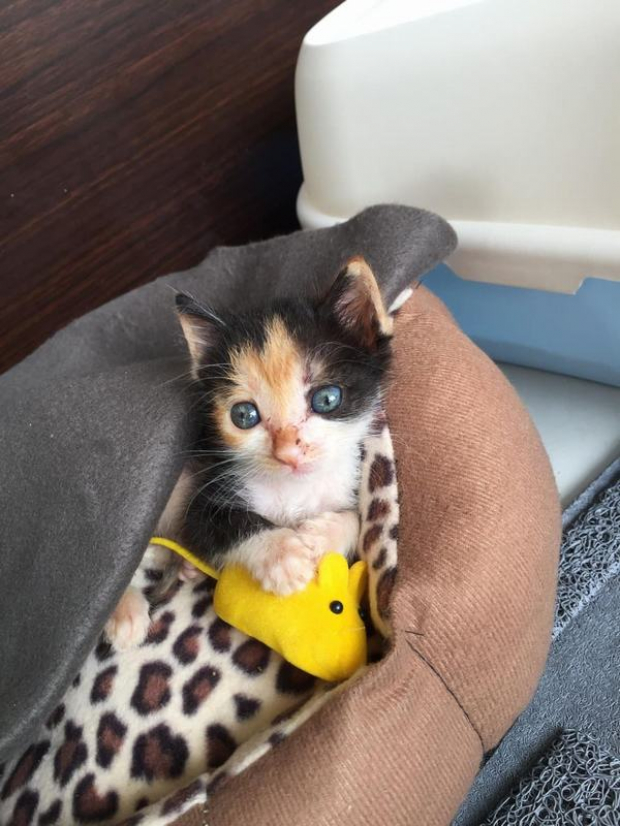 As soon as she got used to her new home, Sansa began to snuggle up with Alan and showed how grateful she was to him. In only a couple of weeks, she physically grew up and also developed her personality. Thanks to Alan’s efforts, Sansa is now a healthy cat and she keeps on growing stronger. 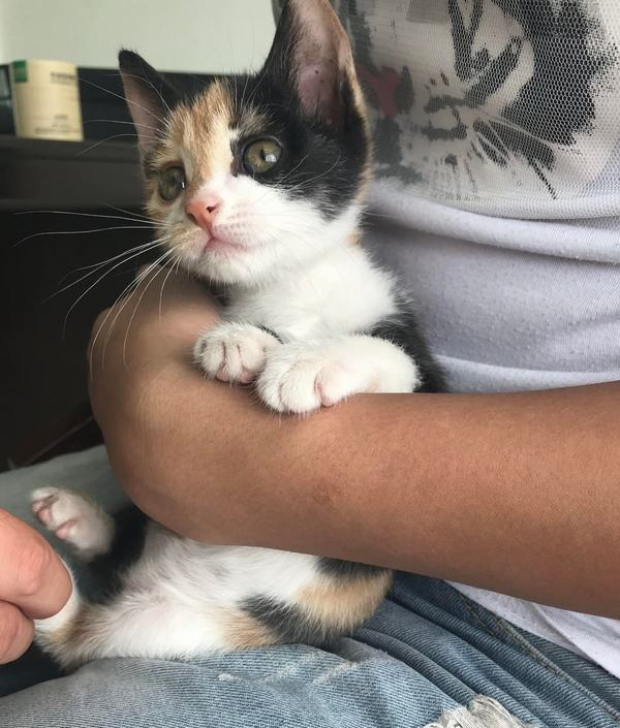 Since she was abandoned by her mother, Alan made sure that she was never alone. He gave her plenty of food, care, and of course- his love. Look how adorable Sansa is now! 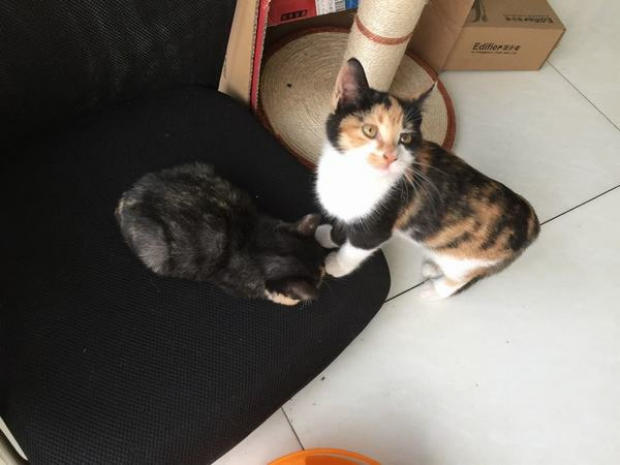 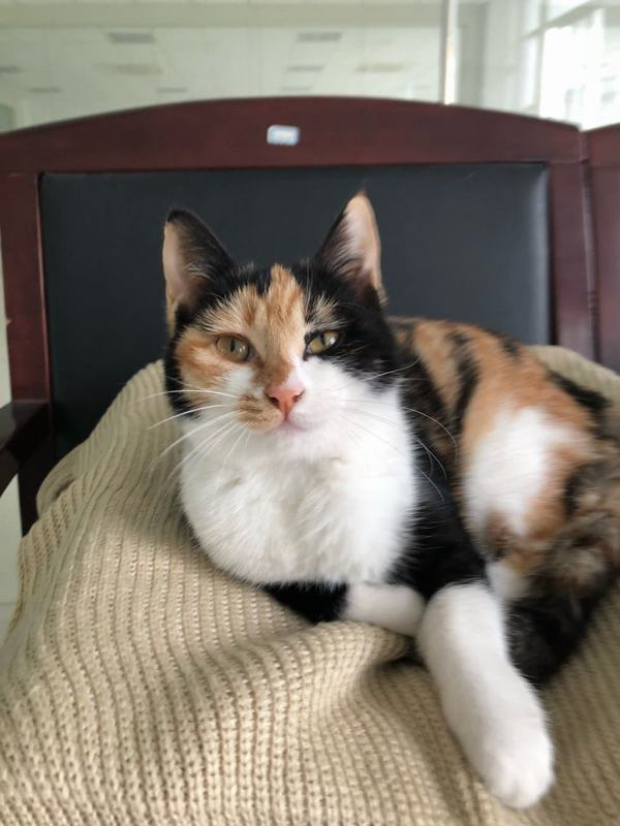 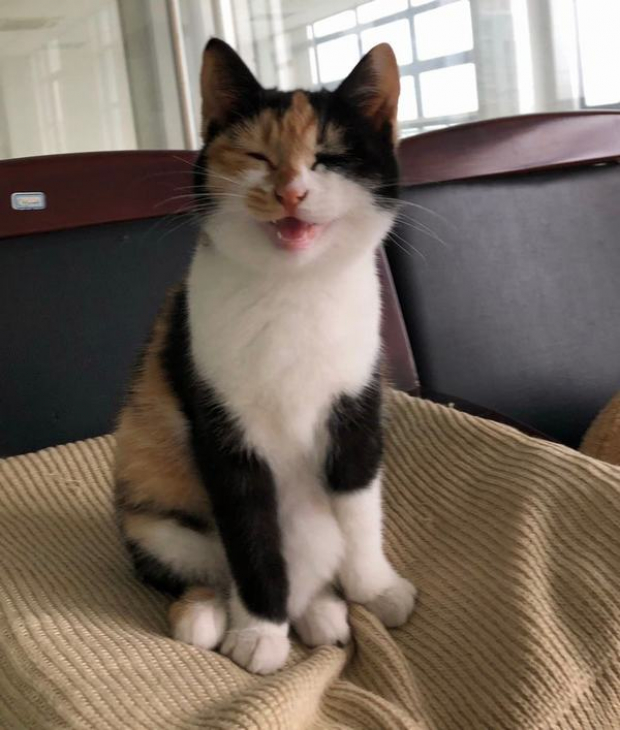 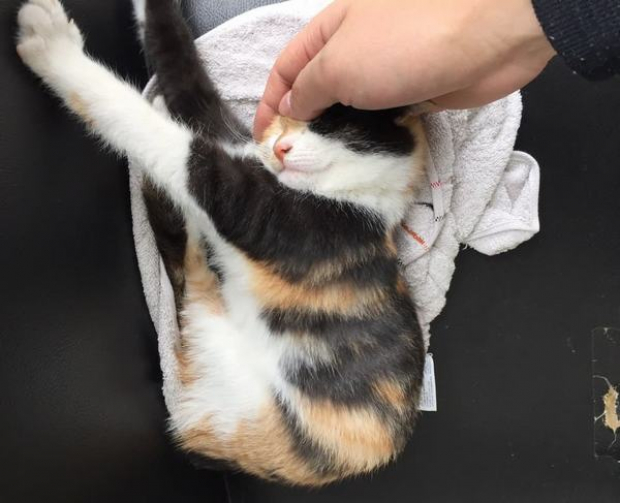 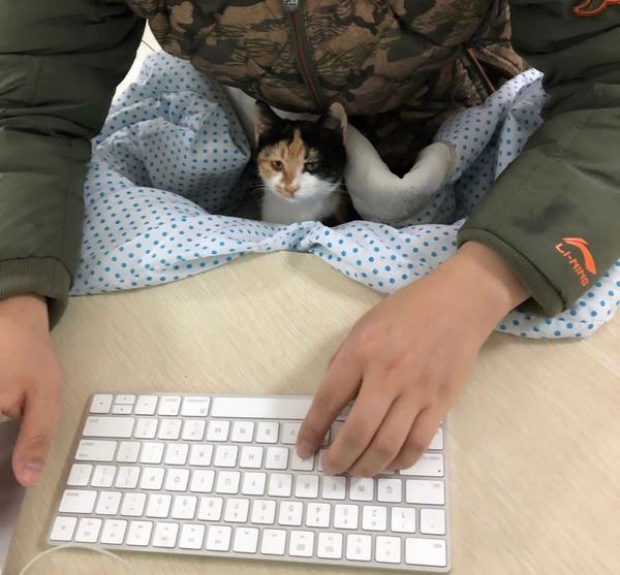