When Redditor JustAnotherGoodGuy found a scared kitten clinging to a truck near his office, he couldn’t just leave her to die there. According to the Redditor, “the mother cat ran off and left this kitten behind. I haven’t seen any other kittens around this one.” After he found the poor cat, the man sent a text to his wife asking if he could bring her home. His wife immediately said yes, as the kitten was too cute to be left outside. They immediately took the cat to the vet. “That’s how we learned it was a female cat. She got shots and a full care package. Turned out that she was only 4-5 weeks old when we found her.” “Axel quickly managed to adapt to the home environment. Immediately became friends with our 19-year-old cat and 2-year-old dog. She now has a loving home and a cozy space to live.” said the couple. 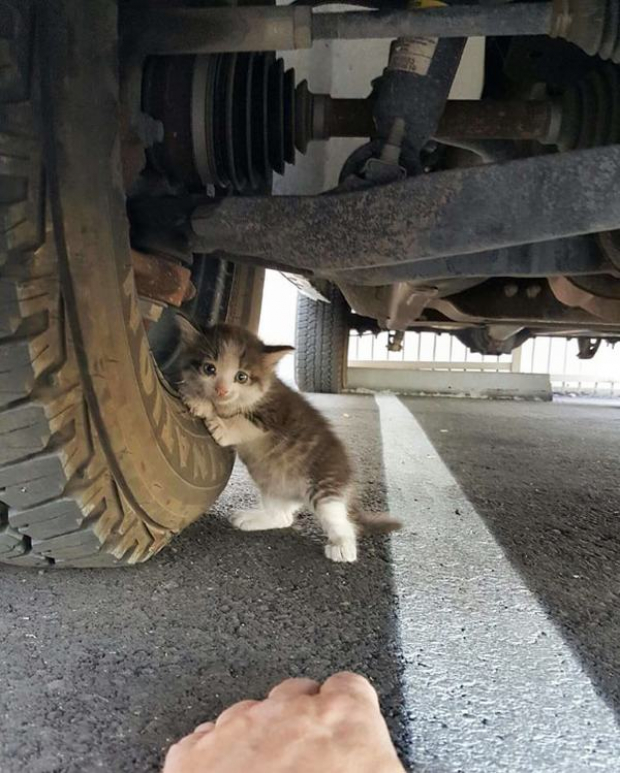 “Her mama ran off and left her here alone.” 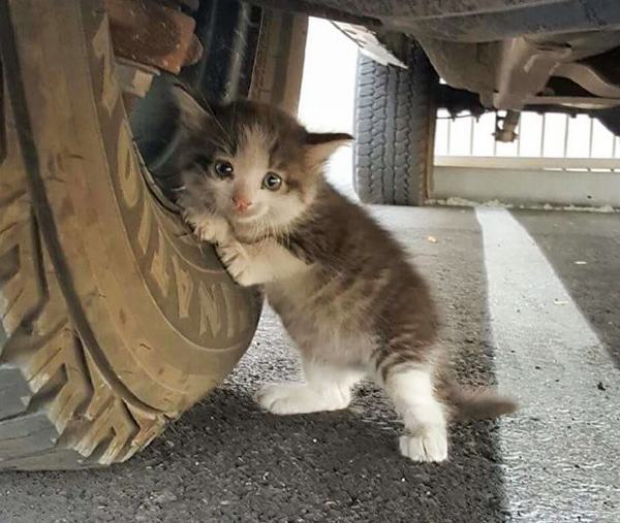 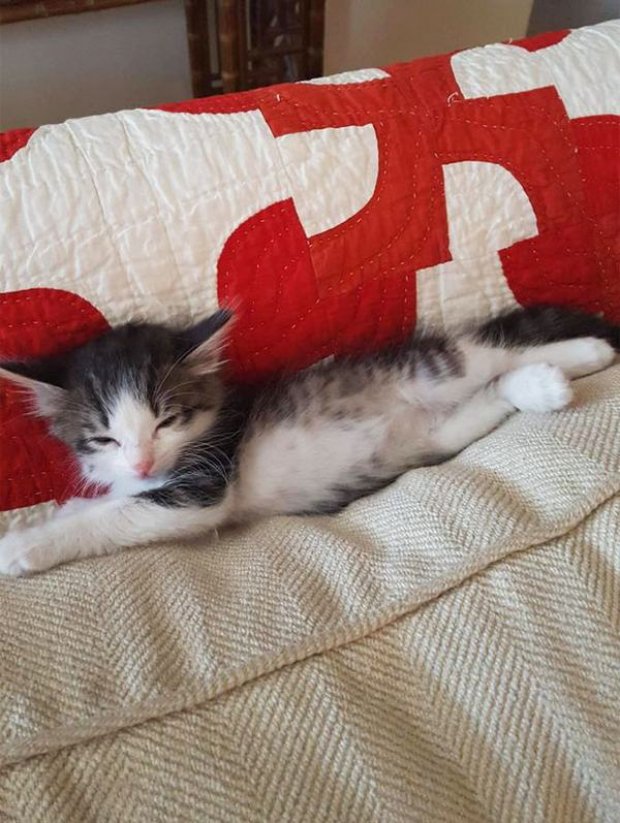 “I mean, she is so cute, it would be cruel to leave her under that truck like that” 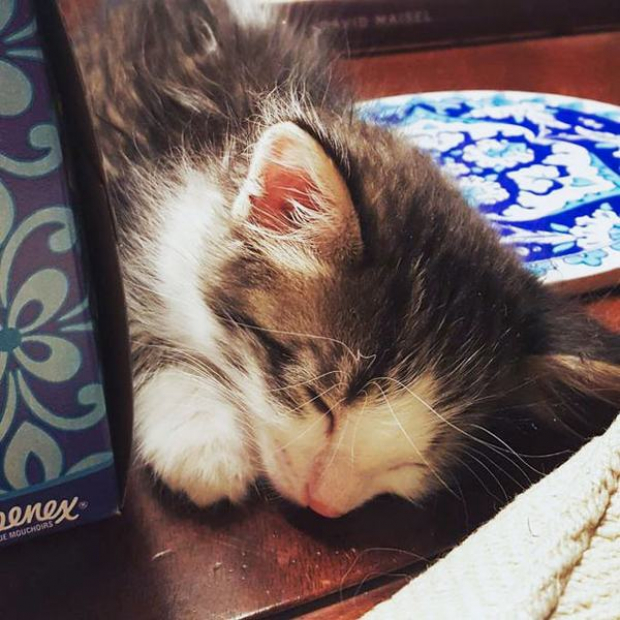 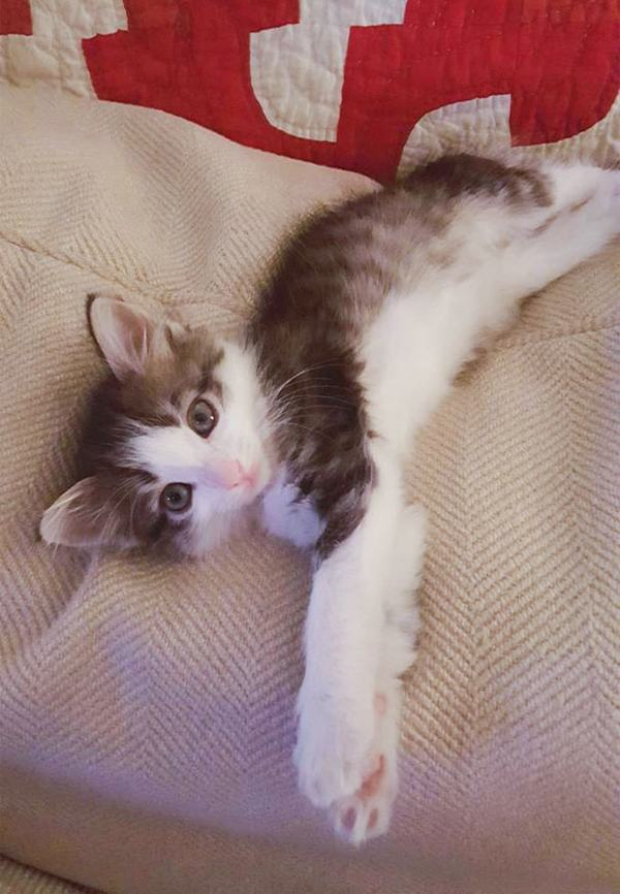 “Axel quickly warmed up to the house, became friends with our 19-year-old cat and 2-year-old dog. She has a nice loving family now.”