We have heard about Maine Coons breaking world records many times before, and this is not really surprising considering they are unusually large domestic cats. If you get to see a Maine Coon cat up close, you will expect them to see world records for things such as "World's Longest Cat", etc but even if you only see them online you'll get a pretty good idea about their breed, so to speak. Of course, their only record isn't the world's longest cat. This Maine Coon named Stewie was the titleholder for the longest cat tail and also the longest cat, but unfortunately, he lost his battle to cancer in 2013. Now we have another worthy opponent for Stewie, and the whole situation is pretty crazy! 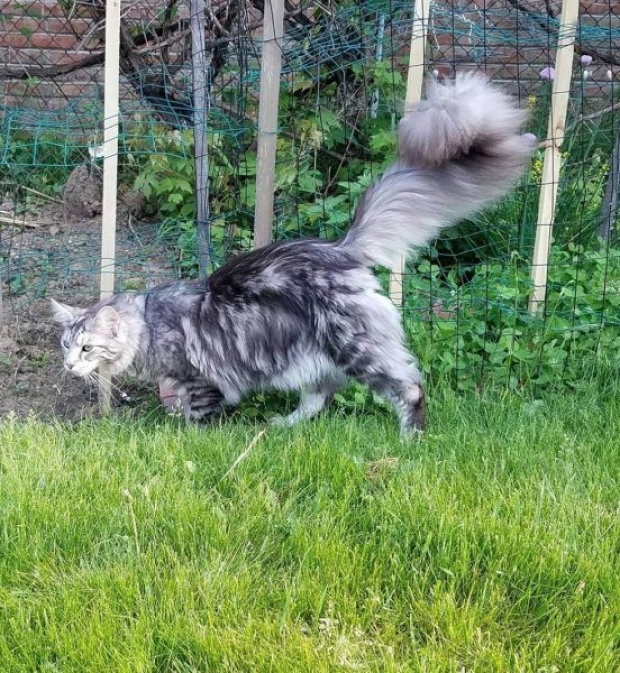 Believe it or not, Stewie's tail measured 16.34 inches long! And in total, he was 48.5 inches long which made him the world's longest cat! 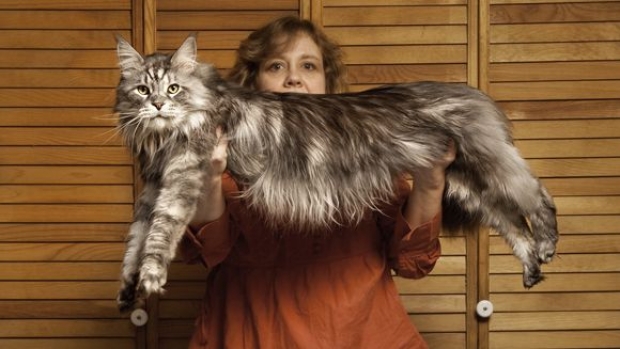 Another picture of Stewie

But now, we have another cat that's determined to replace one of the records of this two-time record holder! You may think it's really hard for a cat to have a longer tail than a 16.34 inch-long tail, but wait until we show this cat to you! The cat's name is Cygnus, and he definitely has one of the most gorgeous, fluffiest tails we have ever seen! 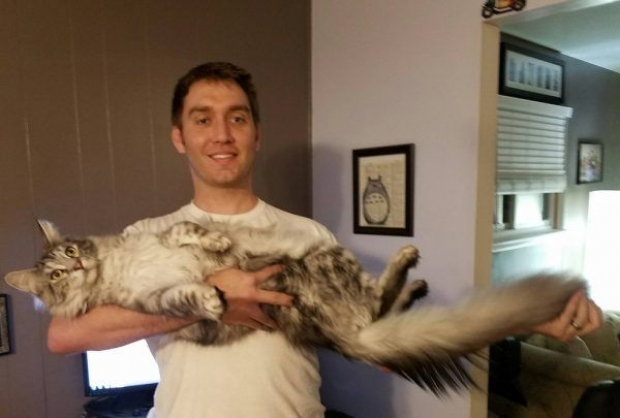 So this tail you see right here may be about to break a world record! Cygnus is from Detroit, Michigan in the United States of America and he really does have an impressive tail. His owners state that he actually is fluffier in general compared to his other siblings Arcturus and Sirius, but his tail is exceptionally fluffy. Some people even call his tail a feather duster as a joke! 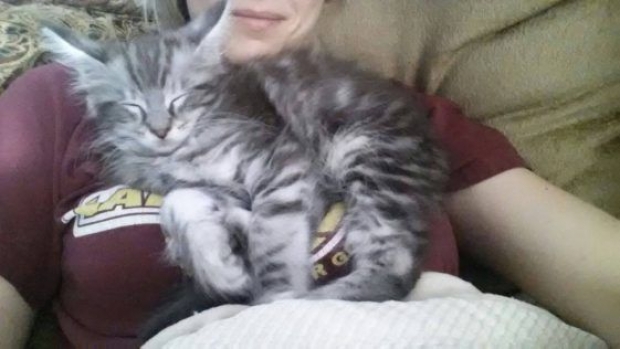 When Cygnus was only a tiny baby, no one was expecting him to grow up to be so majestic and large, but the fluffy tail was an absolute surprise to everyone!

Cygnus's tail measures a whopping 18.4 inches long! And that's when you measure it without adding the fluff from the base to the end of the actual skin! If you add the fluff too, however, the number goes up to an even more whopping 24 inches! Despite his incredibly long tail, his total length is about 41 inches, so he's not actually a very large cat, so to say. However, Cygnus is still very young and he is constantly growing! To be fair, even his tail is expected to grow as much as another half an inch every month for some time yet! Even if it doesn't, though, he still can break the world record! 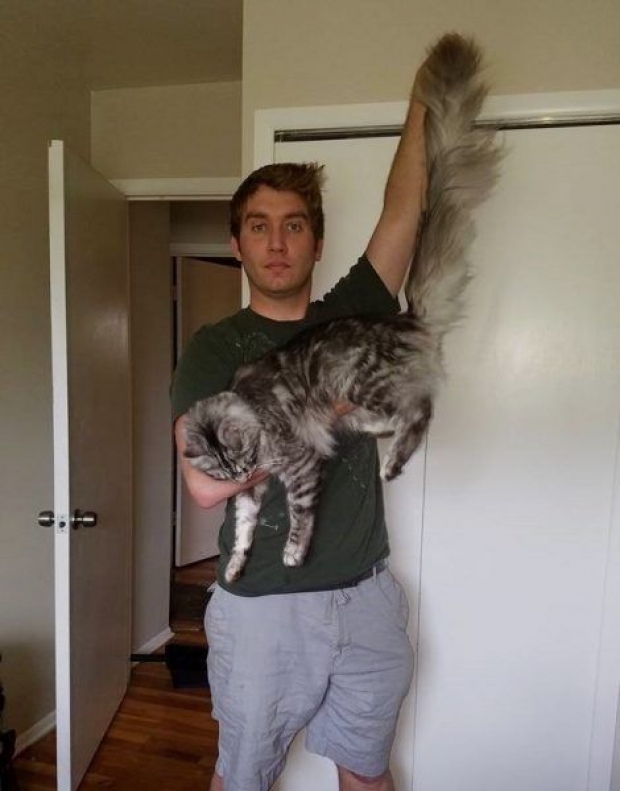 Look at that fluffy tail!

Cygnus's cat dad is a family practitioner from Michigan named Dr. Will Powers and he states that Cygnus is a very sweet cat, an affectionate and playful boy who absolutely enjoys snuggles. He doesn't mind getting measured by his owner, either. 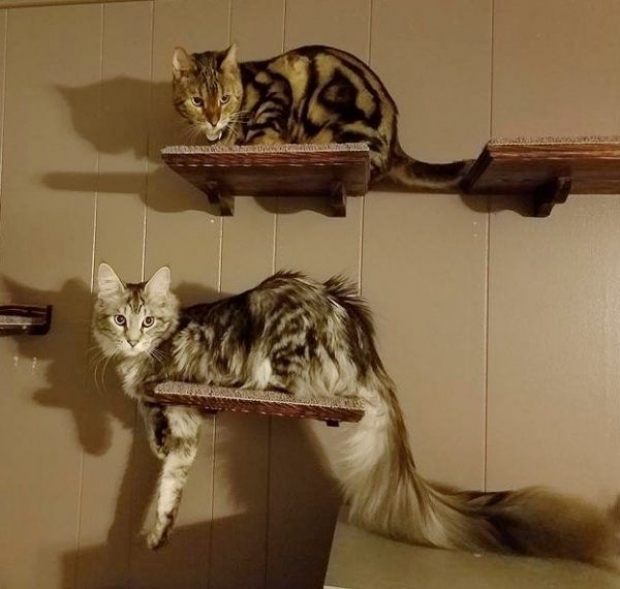 Cygnus spends the majority of his day sleeping, but when he isn't sleeping, Dr. Powers says that this adorable fluffball is very energetic. His favorite spare time activity is chasing the laser and playing with a variety of other toys as well! His feather duster tail is probably keeping the floor clean while he is running around the house too, so we guess it's a win-win situation for everyone! 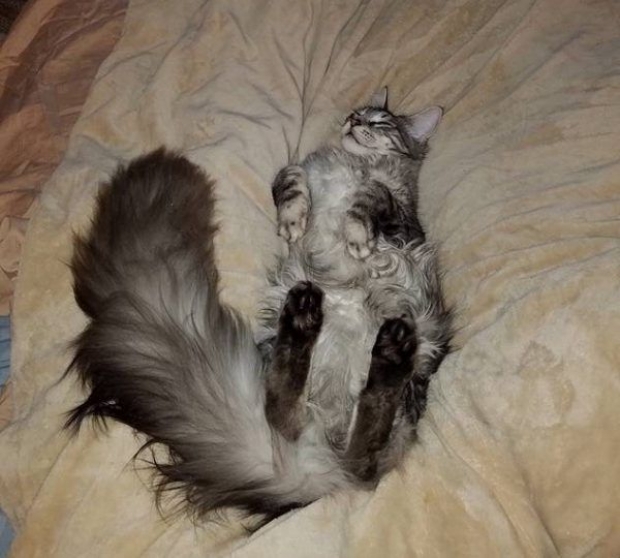 That tail is seriously unbelievable!

His owner measures Cygnus' tail and takes a lot of cute photos of it that you're free to drool over, but his tail hasn't yet been measured by Guinness World Record officials, so he's not an official record-holder for now. 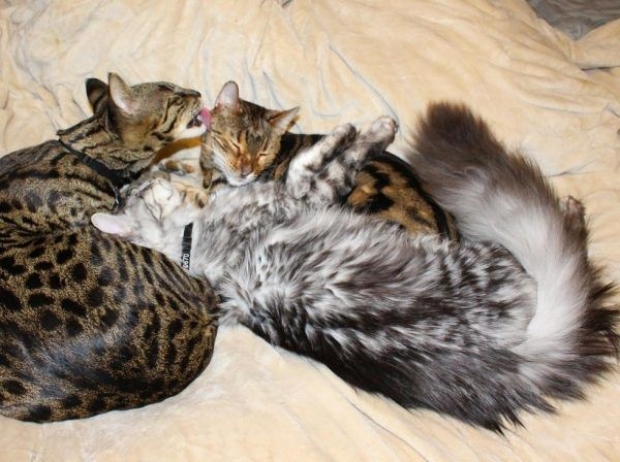 We are sure they are going to give him the title once they get to see this incredibly fluffy tail, though. 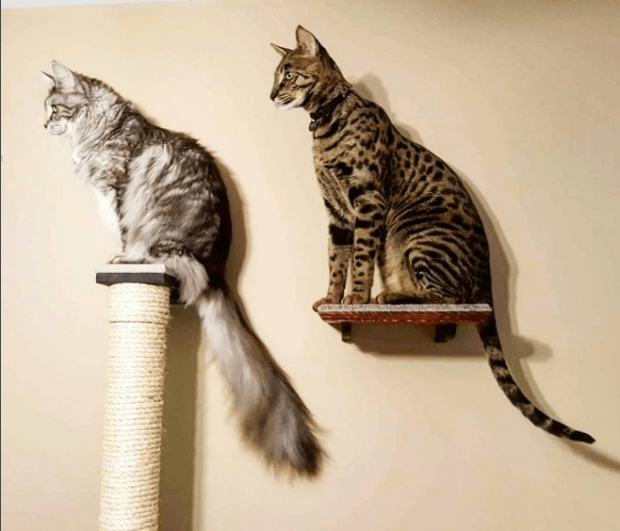 Cygnus, you are absolutely adorable!

We are wishing Cygnus good luck, and we can't wait to celebrate his victory once he gets to become an official titleholder! 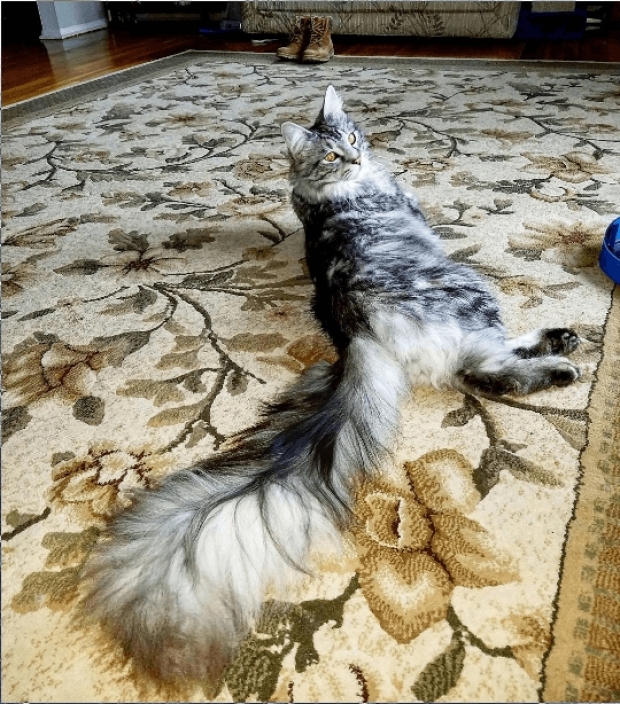 That cute expression is everything!