The winter was very harsh in North America this year. It came earlier than expected, disappeared briefly, and then came back again with brutal force this time. This man named Nathaniel Styer was working from home in February when he looked out his window and saw a snowstorm crushing down a powerful burst of wind and heavy snowfall. The fierce storm was brought on by the polar vortex, known as a “snow squall”, and it had begun to cover his Brooklyn neighborhood in white. Nathaniel’s apartment was warm and safe, however, and he was feeling grateful for that while he was inside, minding his own business. Suddenly, though, he noticed something in this terrible blizzard when he was looking out the window. 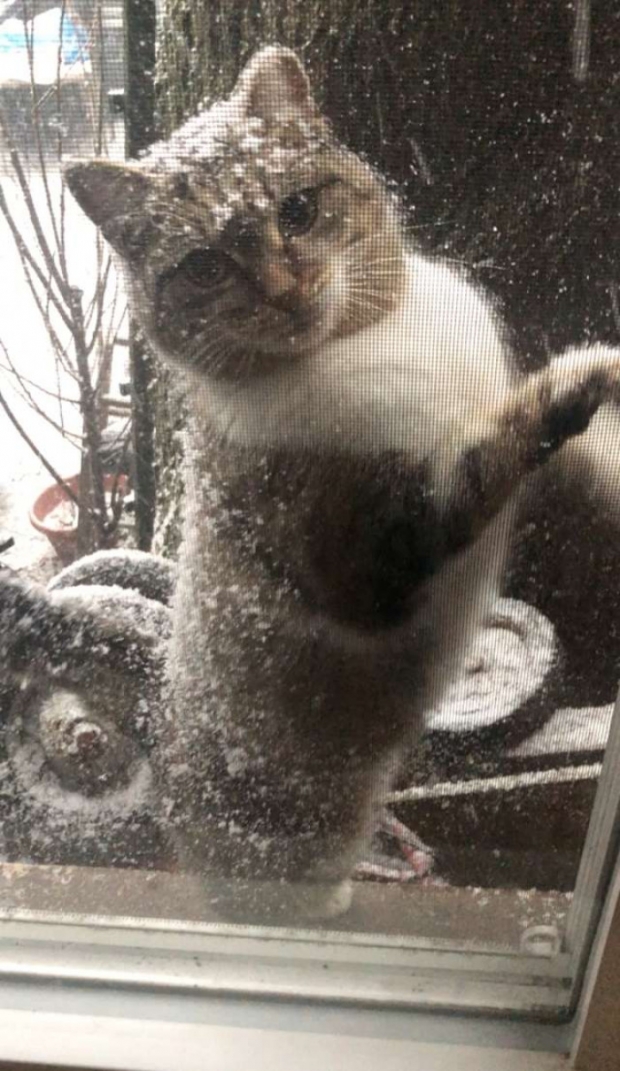 He saw this tiny little cat perched at his window, looking very scared and desperate as she had nowhere to go. Nathaniel knew the cat as she was a member of the nearby stray cat colony named Chunk Chunk. The desperate kitty had hopped onto the ledge of his window and appeared to be begging to be taken in. Nathaniel assumed the cat was having some kind of a crisis, he says: “I’ve never seen her act like this before. It was obvious that she had nowhere to go in the storm.” 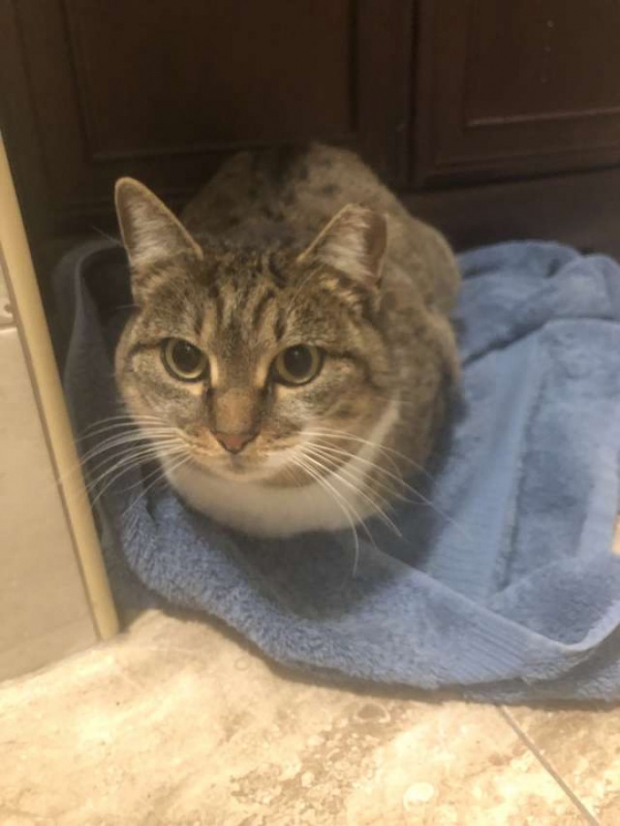 “I wasn’t really enthusiastic about having cats in the house, but I knew Renee would definitely want me to help Chunk Chunk out. I felt like helping Chunk Chunk was the right thing to do.” 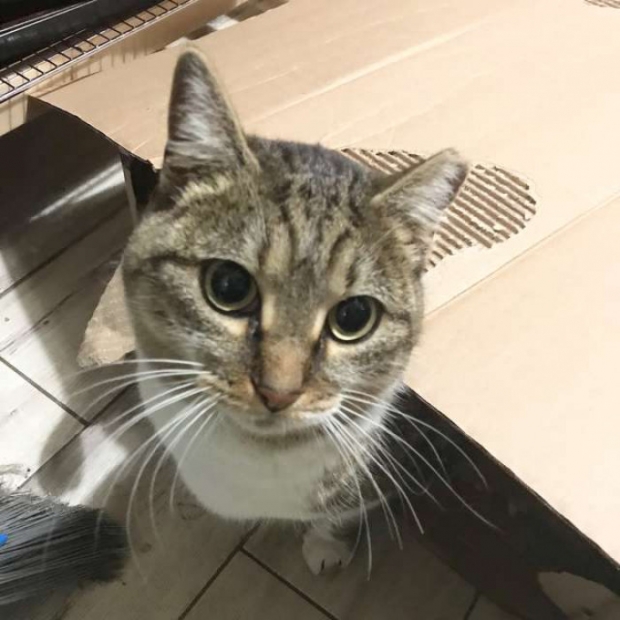 So, Nathaniel opened the window and let the poor cat in. After she got rescued from the cold and got herself a nice and warm place, Chunk Chunk wasn’t really sure what to do! “I managed to pick her up, most of our community cats don’t really allow that. When I set her down, she started to run around the house frantically, and then tried to run out through another window which was actually closed.” 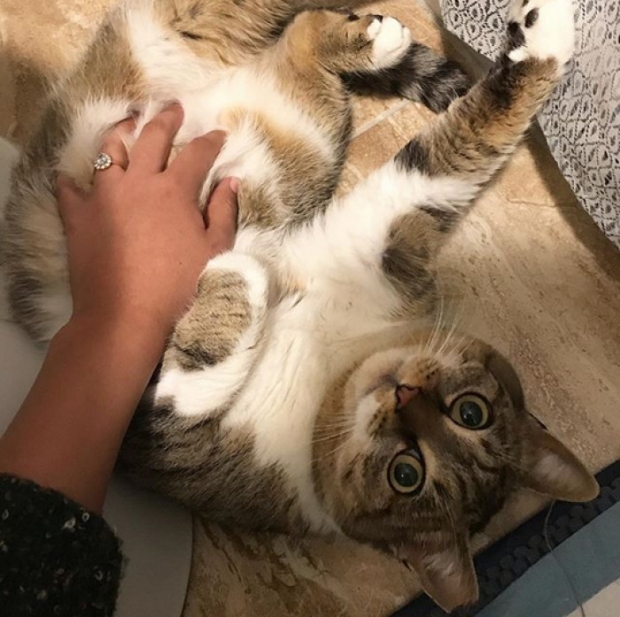 Since they also had a dog, Nathaniel decided to keep Chunk Chunk in the bathroom away from the dog. Eventually, the poor animal managed to calm down a bit, and then Nathaniel’s fiancee came home. You’re wondering about her reaction? Well, she wasn’t even surprised when she found out who their guest was! “I knew that she has been one of the most affectionate community cats we had from the first time she appeared at our window. She really enjoys being petted and starts to purr when you do that.” 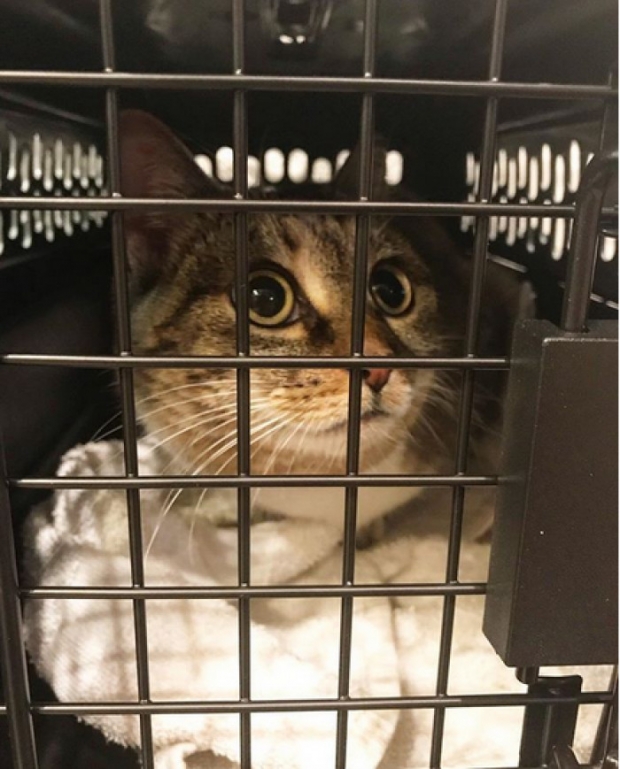 The couple moved to this neighborhood only two years ago but have been doing their best to help the stray cats the entire time they’ve lived near the stray community. Rebecca states that they have even managed to find forever homes for a couple of litters of kittens! They are also planning to get as many adult cats as they can neutered and spayed during the springtime in order to prevent the stray community from further booming. 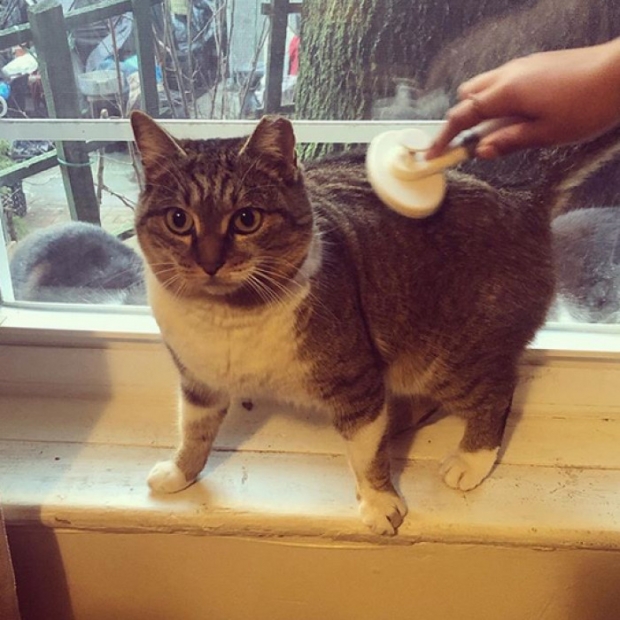 Chunk Chunk has clipped ears so she has been already spayed! Becerra spends most of her time helping the stray cats and she also encourages other people to do the same! “As you can guess, winter is the hardest time of the year for these stray cats. I’ve built three winter shelters for them and I also give them food regularly. You can buy those winter shelters from some cat rescues but you can build them yourself too since they are easy to make. If you have a suitable space in your neighborhood, I would strongly recommend putting some out.” 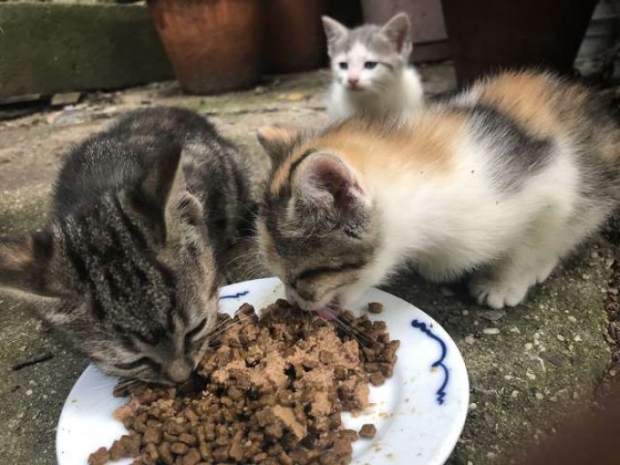 But what’s going to happen to Chunk Chunk? It seems like she may become an indoor cat: 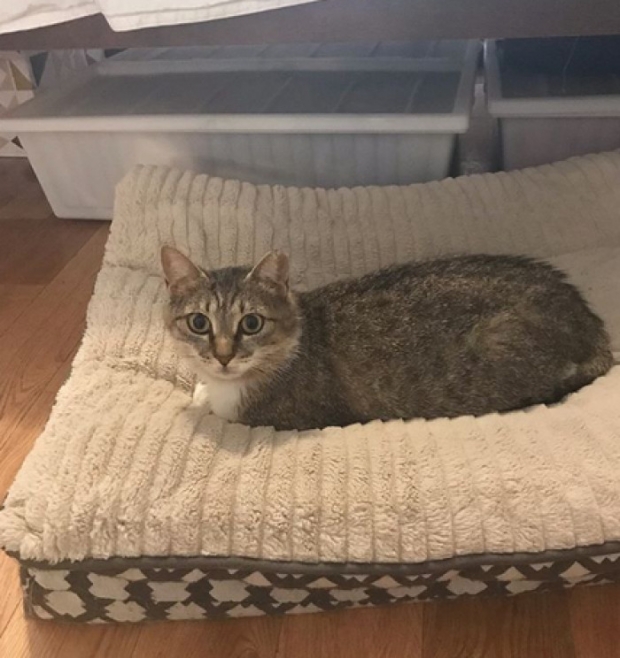 “We are not sure what to do with Chunk Chunk, but in the meantime, she will be staying with us. It seems like she is much more comfortable indoors than outdoors, so I’ll try to reach out to our contacts at the ASPCA to see if they can help me find her a forever home.” 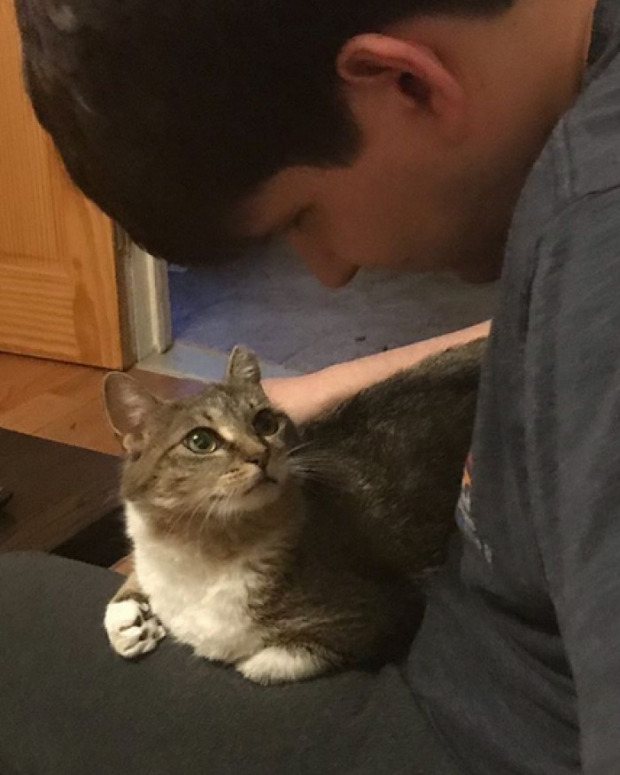 But maybe Chunk Chunk will stay with Rebecca and Nathaniel forever, who knows? They say the cat chooses you after all!