This woman named Nicole from Germany was always dreaming of having a cat, and considering cats are just awesome creatures, it's very understandable. She had spent months trying to make up her mind, thinking about all the pros and cons of having a cat, and trying to decide if it was the right time for her or not when she visited a farm with her sister. So maybe it was her fate that brought her there, but she saw a pair of four-month-old adorable kittens at the farm. However, the kittens seemed they were in need of immediate medical help and their condition was less than good, to say the least. Nicole said, "They were suffering from ear infections and mites. I felt terrible seeing them suffer so I decided to take both of them home." 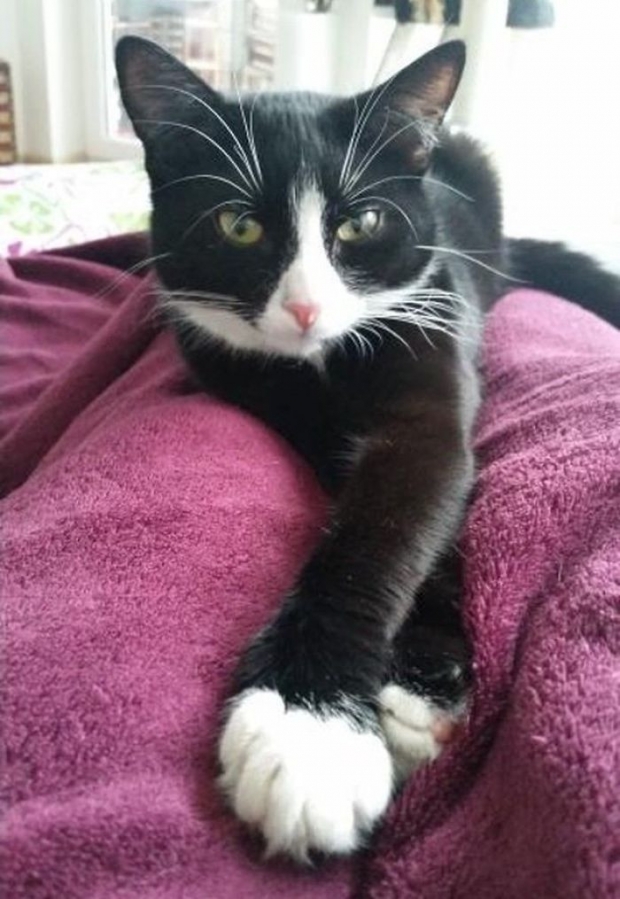 Thanks to the love and care Nicole and her sister provided, the two adorable tuxedo kittens managed to recover quickly and got back to their full health! They named the kittens Elli and Rose. Nicole developed a particularly strong connection with the one she named Elli. 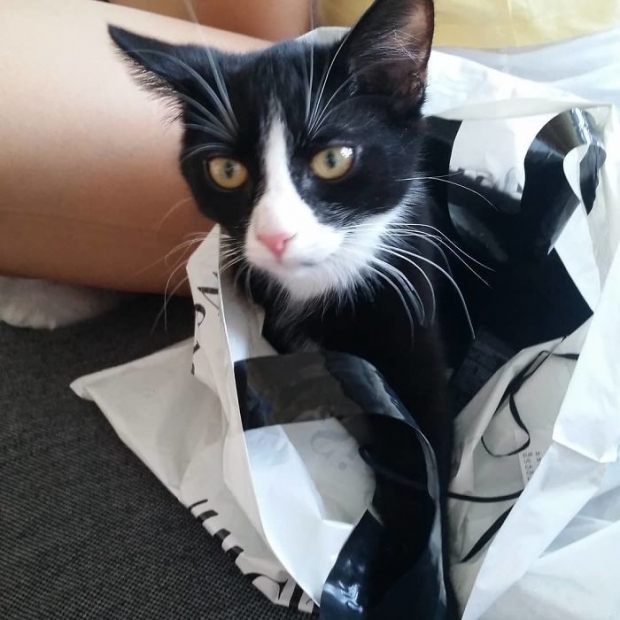 Nicole says Elli is very friendly and she enjoys cuddling, but that wasn't all! According to her, Elli was very playful and sometimes she was behaving like a dog rather than a cat! 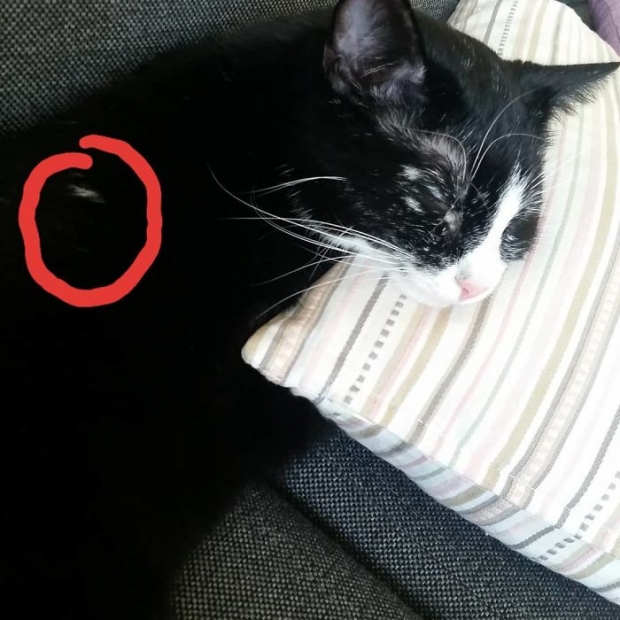 After 9 months, though, Nicole noticed something kind of strange about Elli. A small bit of Elli's coat had turned white. She was baffled at first: "I had never seen that white spot on her fur before and I was sure of that. I thought it was lint, so I tried to get rid of it, but it turned out to be her fur." 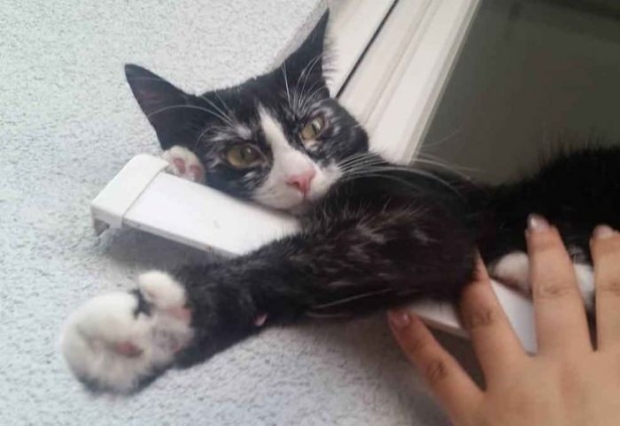 She wasn't really concerned about the whole situation in the beginning, but then she realized that Elli's tuxedo coat started to turn into white as there were a growing number of white fur patches. Naturally, Nicole got very concerned and decided to take Elli to a veterinarian. 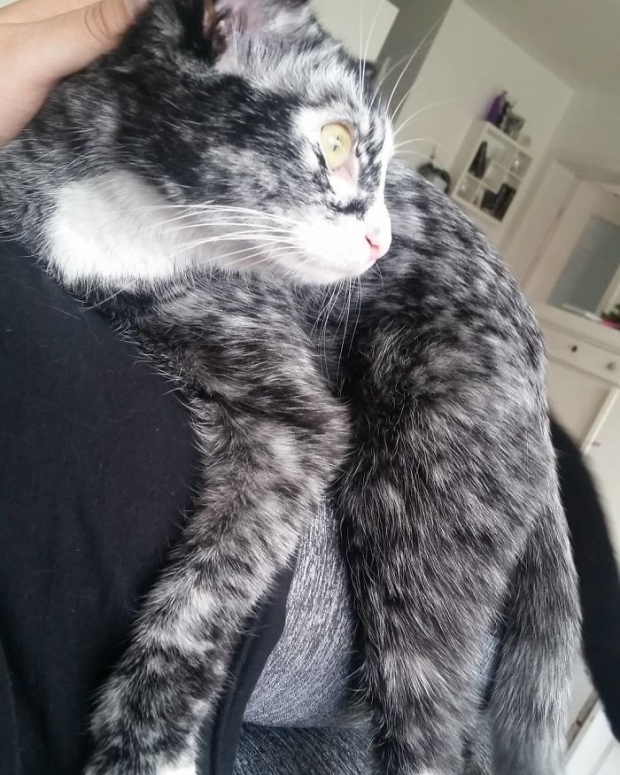 The vet told Nicole that Elli had a rare condition named Vitiligo. This is a long-term skin condition characterized by bits of the skin losing their pigment. These bits of skin affected turn white and often times have sharp margins. Vitiligo can also be seen in the insides of the mouth and hairs. 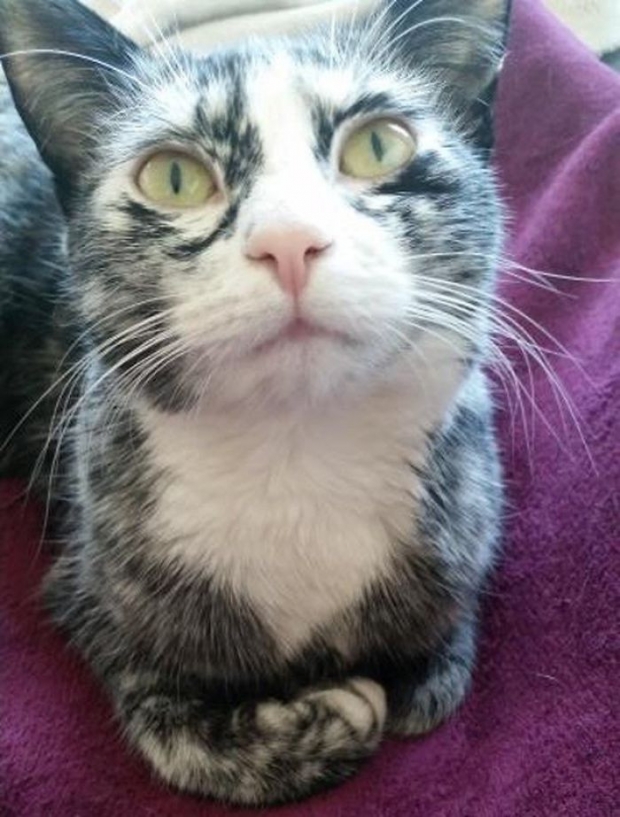 Vitiligo is indeed a very rare condition that affects merely 1% of the human population, but it's even rarer in animals and it can only be seen in a few animals such as cats, dogs, and horses. Fortunately, it doesn't cause pain or any negative side effects, so Elli is not suffering. To be honest, it only helps her stand out more amongst other cats! 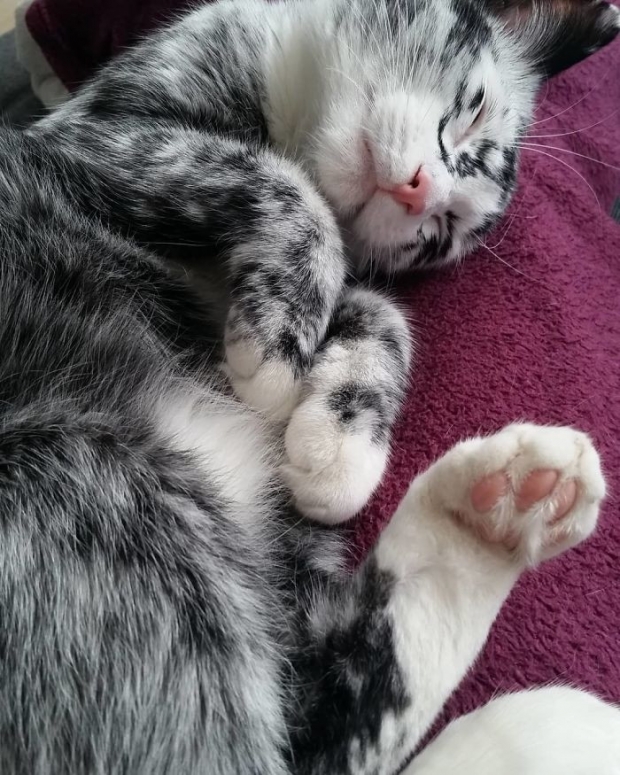 In solely a year, Elli's tuxedo fur has transformed into a brand new fur that's mostly as white as snow with a couple of black spots here and there! 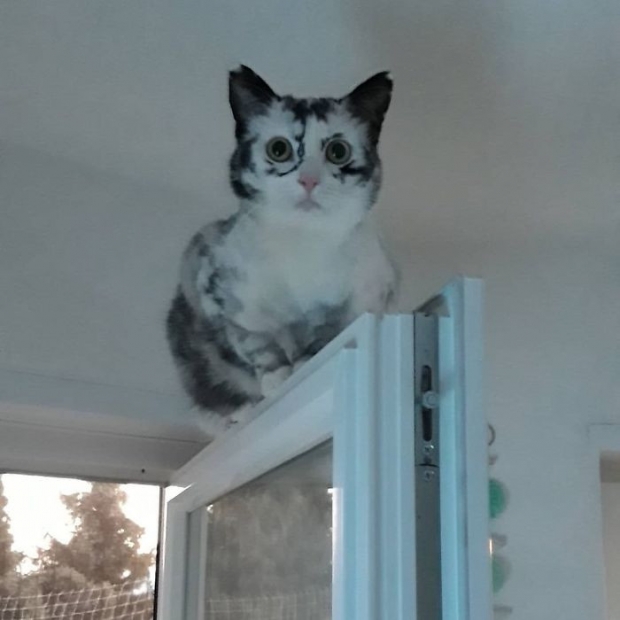 As we just stated, Elli's quality of life hasn't affected by her condition at all. She is enjoying regular kitty stuff, but when she perches up high on doors, Nicole thinks she "looks almost like a snow owl!" We can't agree more with that statement, just look at that unique kitty! 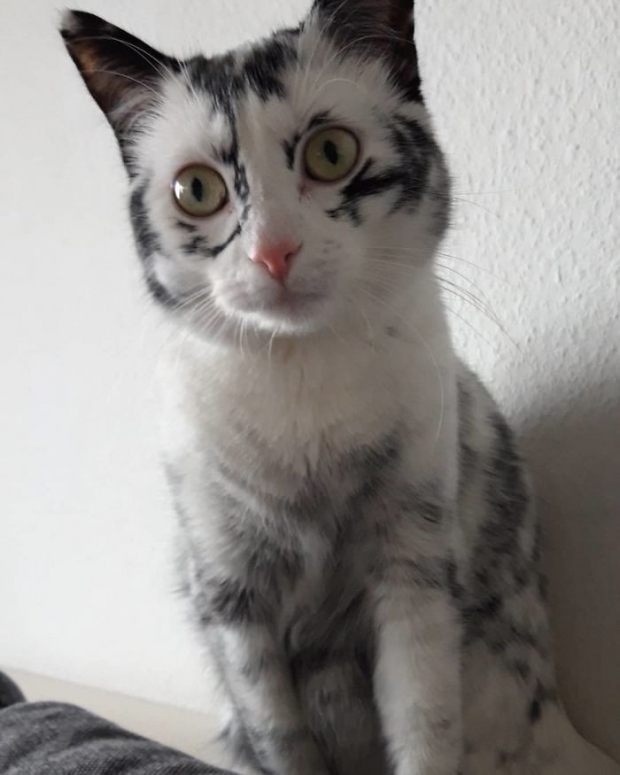 Nicole says Elli is just adorable and her fur is changing its color each passing day! Elli is a very curious cat and she enjoys following Nicole like a shadow around the house everywhere, keeping her company all the time! 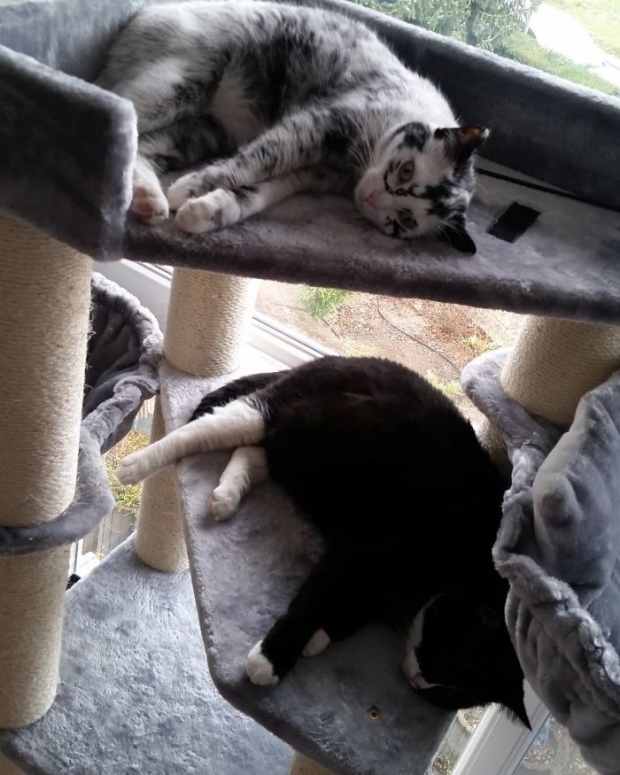 Unlike Elli, her sister Rosie still has a tuxedo coat and she isn't showing any signs of Vitiligo. The sisters get along very well. 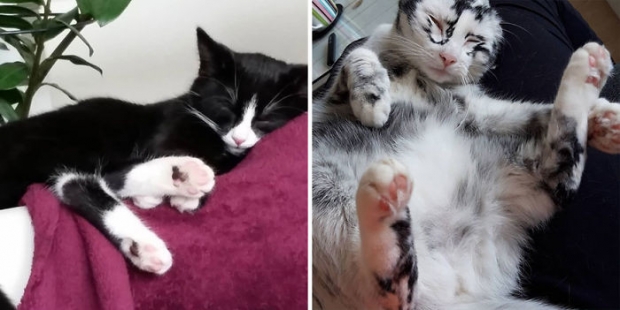 Elli is a very special and unique kitty for sure and we are grateful for the fact that Nicole decided to share this gorgeous kitty with the world! 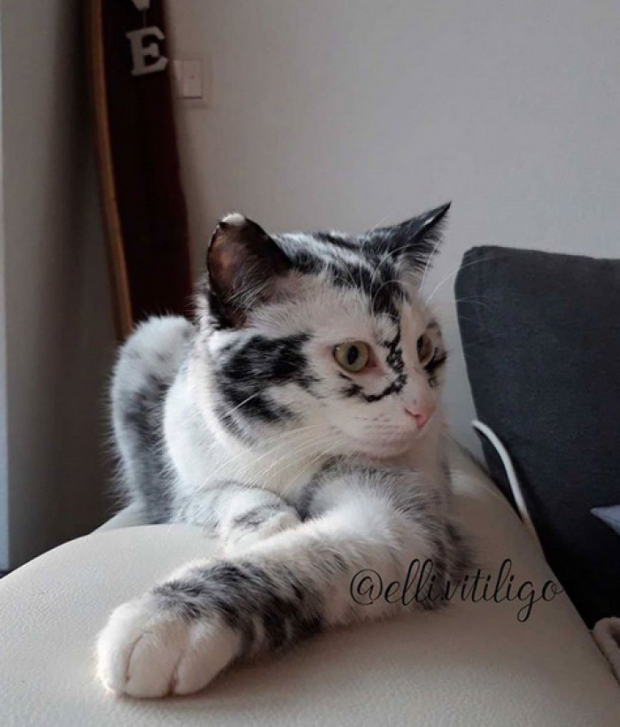 She truly is a fascinating creature.