This family of kittens was brought in by the Animal Welfare League Of Arlington (AWLA). 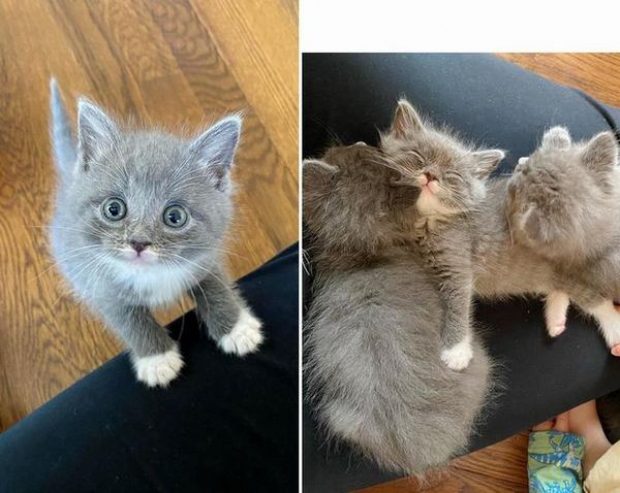 They were very skinny and weak when they were first taken in and they had crusty eyes and stuffed noses. 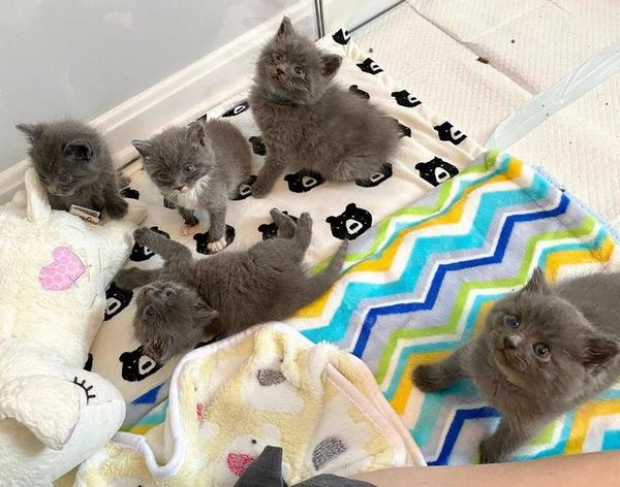 Penny Richards, a foster volunteer of AWLA’s Kitten College Program, decided to be their foster mother. The cats were named after famous photographers since they are grey cats and their names are Weston, Walker, Margaret, Dorothea, and Ansel. 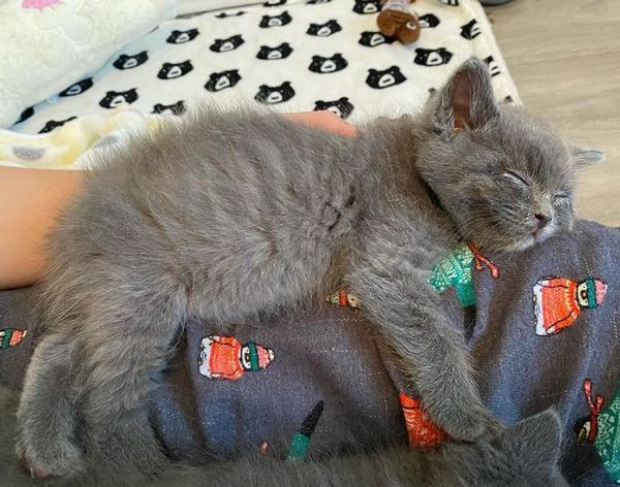 The kittens were all suffering from an upper respiratory infection, but a couple of them were having it worse. Margaret was one of the latter, and she had problems eating since she was so congested and dehydrated. 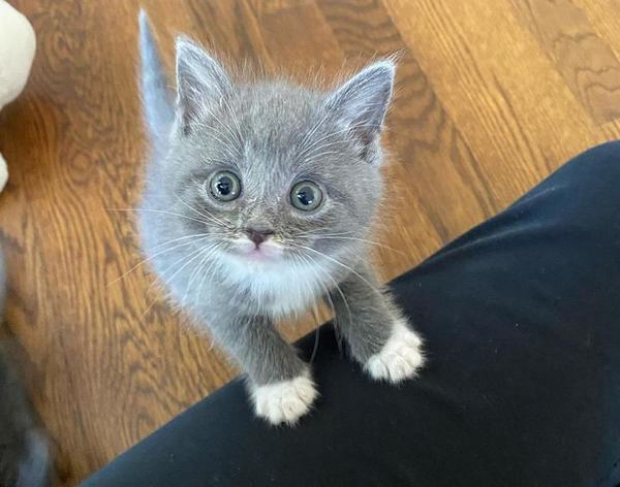 Penny had to give them fluids three times a day and fed them using a syringe. She also provided supplemental care together with the right meds and nebulizer treatment. Fortunately, the kittens started to feel much better after that. 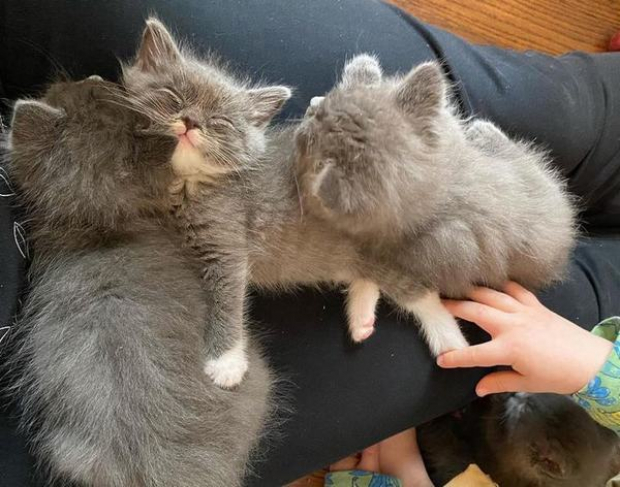 When they started to get better, they also began to grow stronger physically so they started to eat like normal cats. Even Margaret showed great improvement and they began exploring their environment. 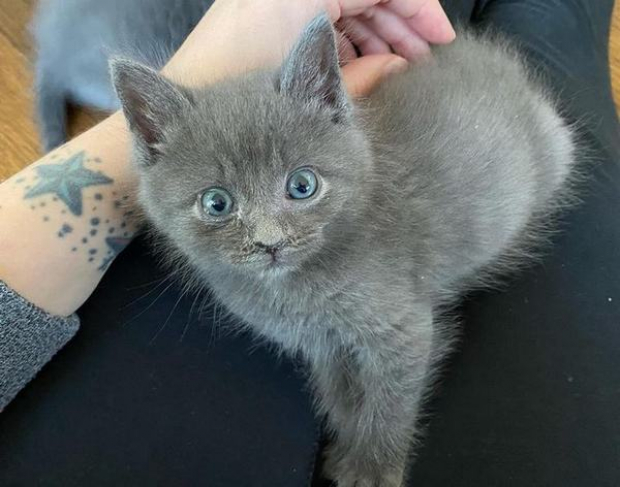 They especially liked playing and cuddling up with Penny and they spent most of their time sitting on her lap. Even though they are better now, all five of them still loves cuddling up on her lap. 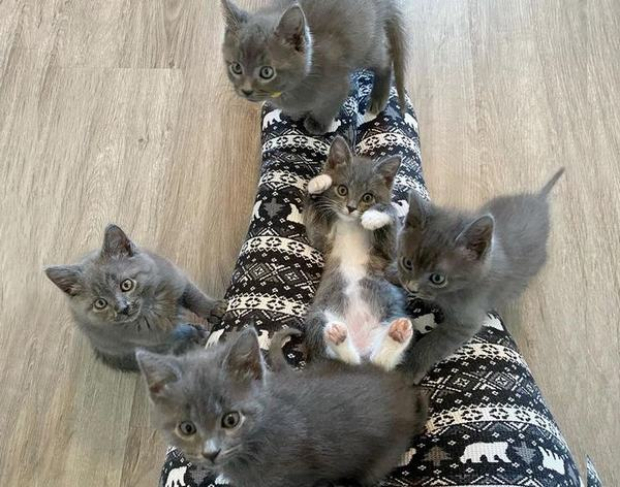 When they turned 11 weeks old, they were ready for their forever home. So, two days ago someone adopted Dorothea and Ansel as a pair since they were best friends. 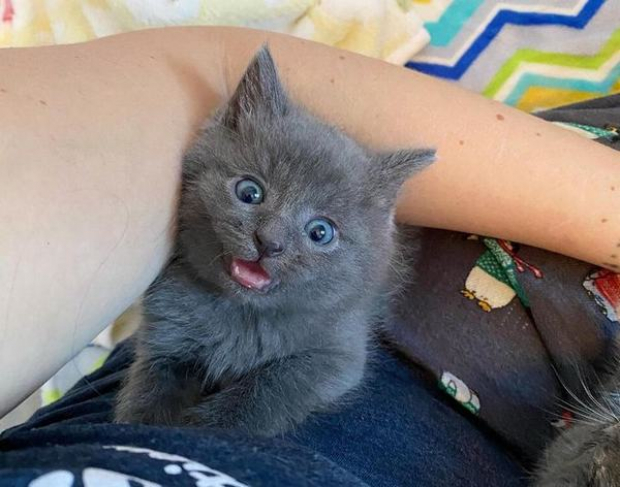 Weston and Maggie were also adopted by a family that immediately fell in love with them, and they got used to their new home in no time. 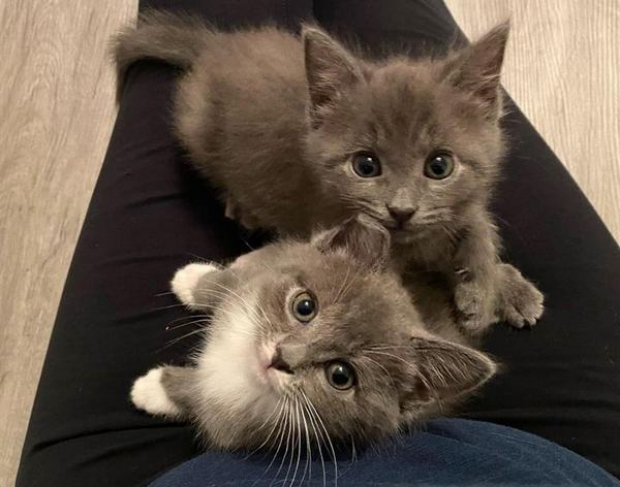 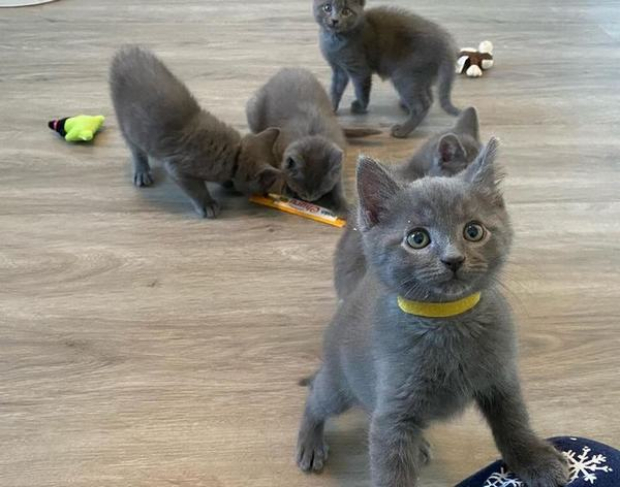 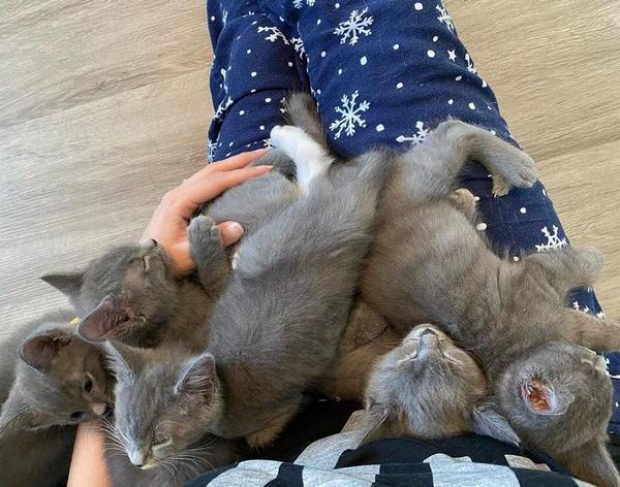 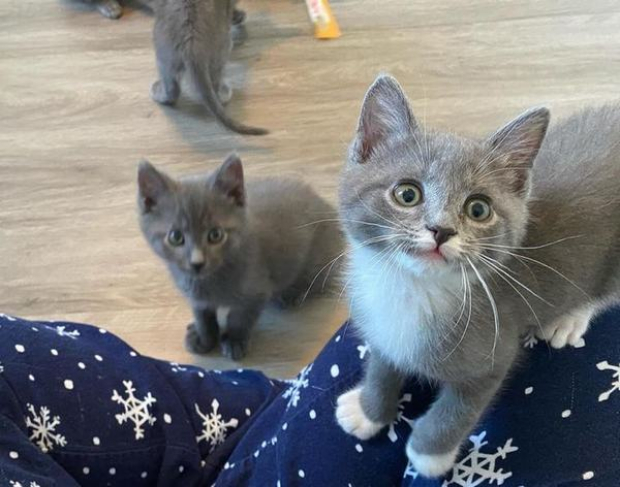 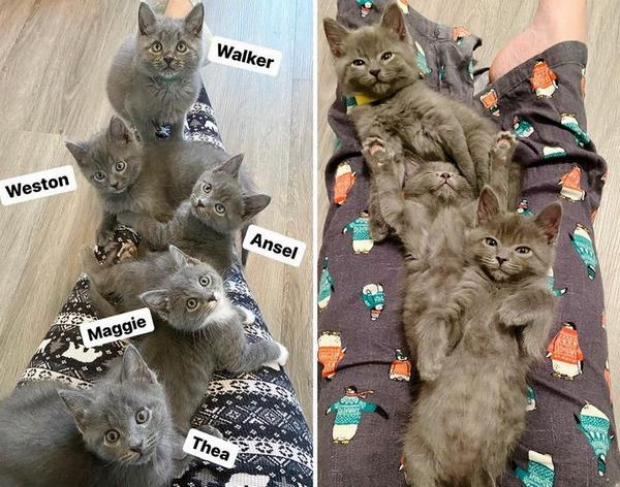 Walker found himself another best friend named amongst the foster kittens named George, and it seems like they’re going to find new families for themselves very soon. Penny feels very happy as she got the chance to touch these babies’ lives. 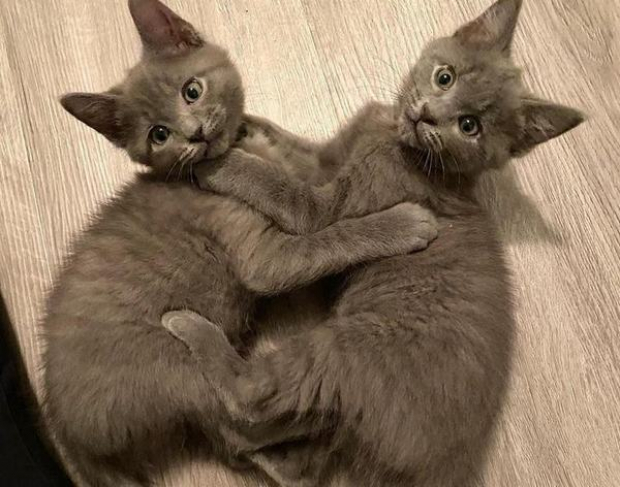 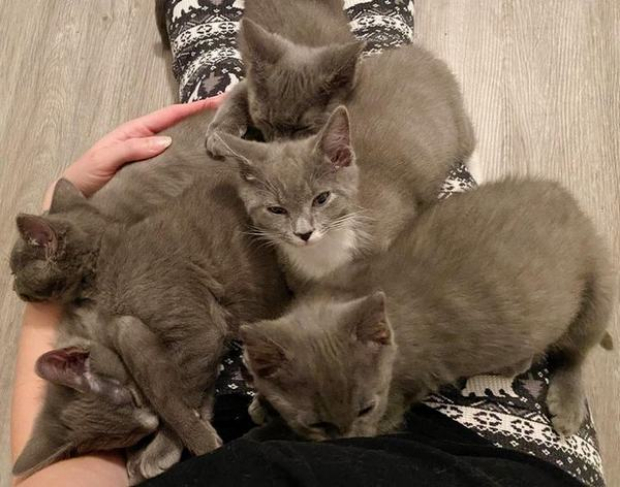 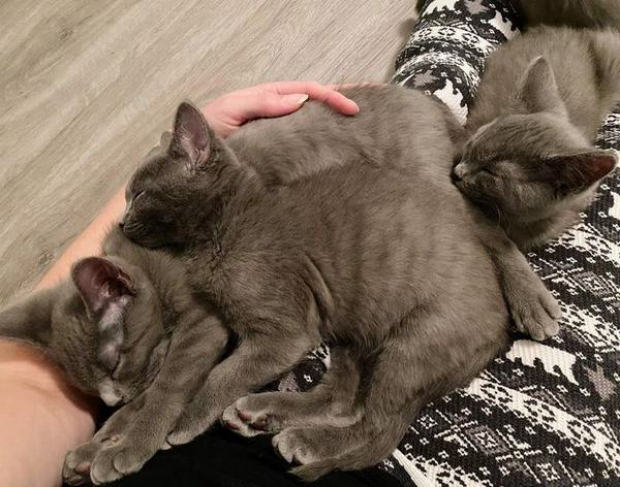 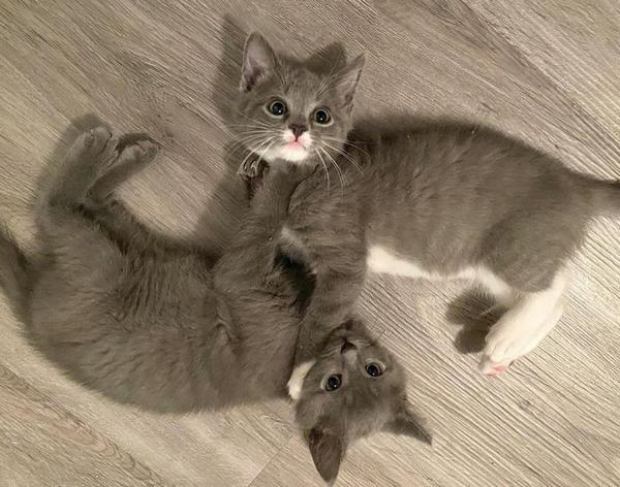 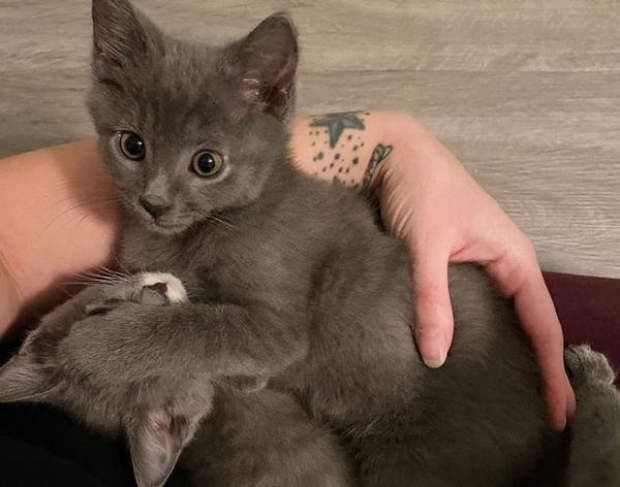