This little adorable fluffball looks so innocent with his giant eyes that it’s impossible for you to believe he is even capable of doing mischief! That look on his face just instantly melts your heart and you just feel that urge to squeeze him. 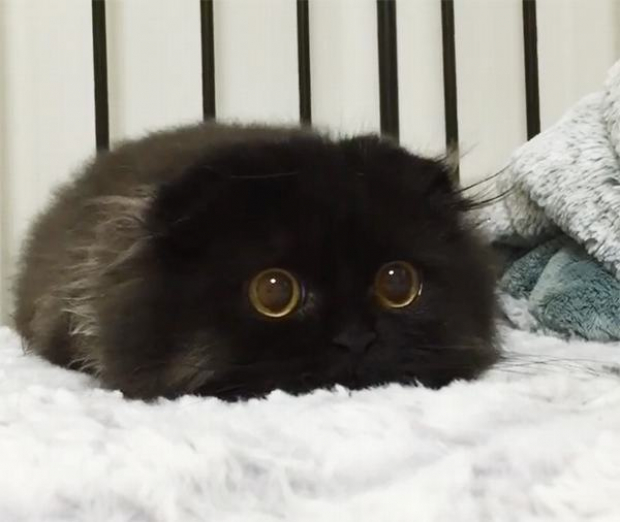 It doesn’t matter if he’s standing on his back legs, preparing for a sneaky cat attack, or just having a good time in his cardboard box, he always looks so cute that other cats simply have nothing on him! If having those gigantic eyes doesn’t make him adorable enough, he is also ridiculously fluffy too! We strongly recommend you not to look at those eyes for too long or you may find yourself hypnotized by this furball! 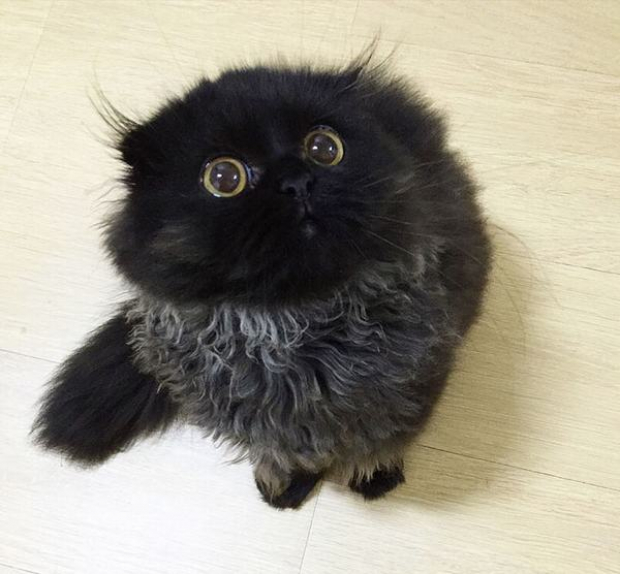 You can see how fluffy he actually is in this photo! 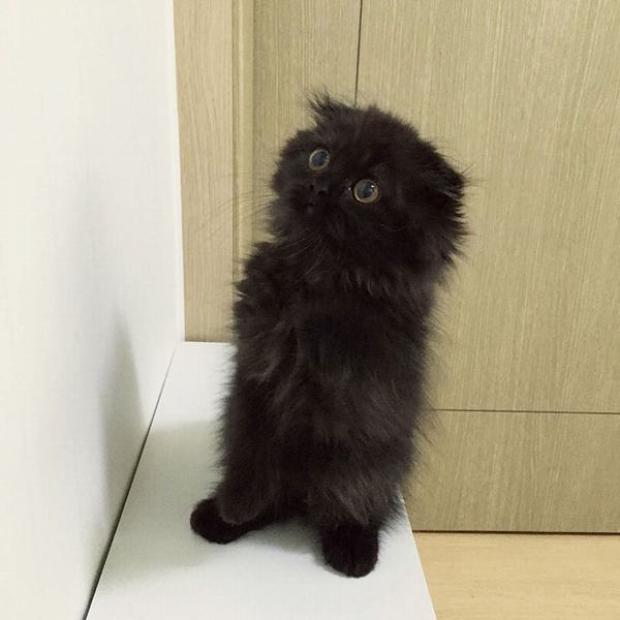 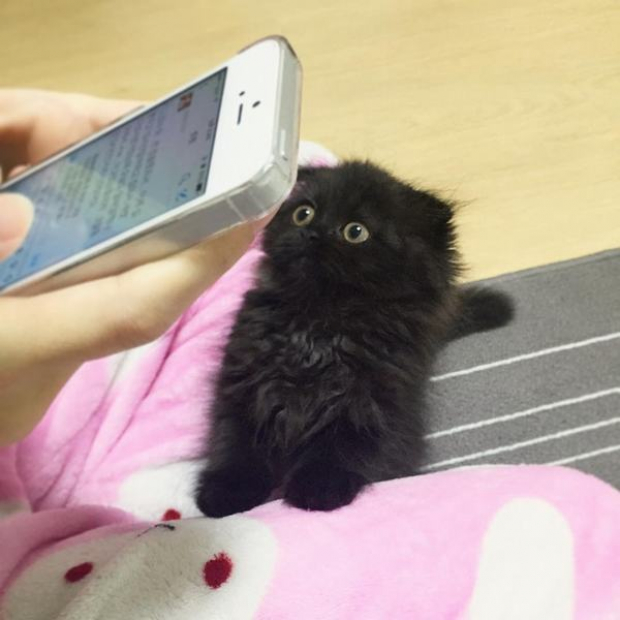 Gimo is telling you that it’s bad for your health to stare at your phone all day. You should play with him instead! 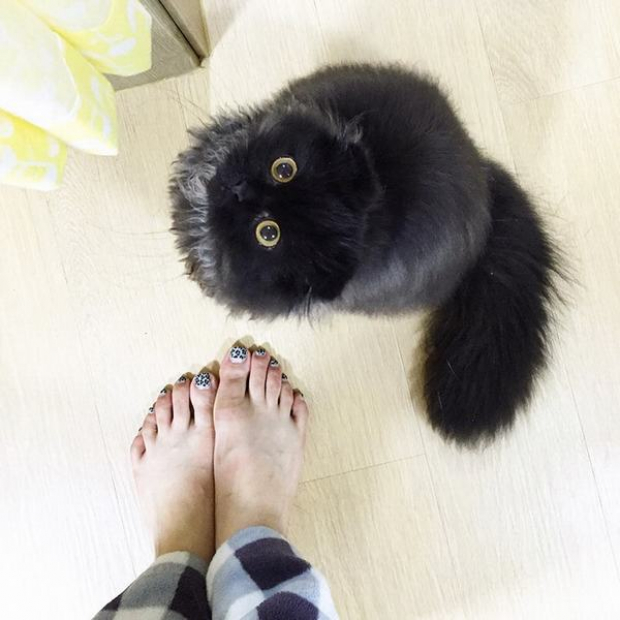 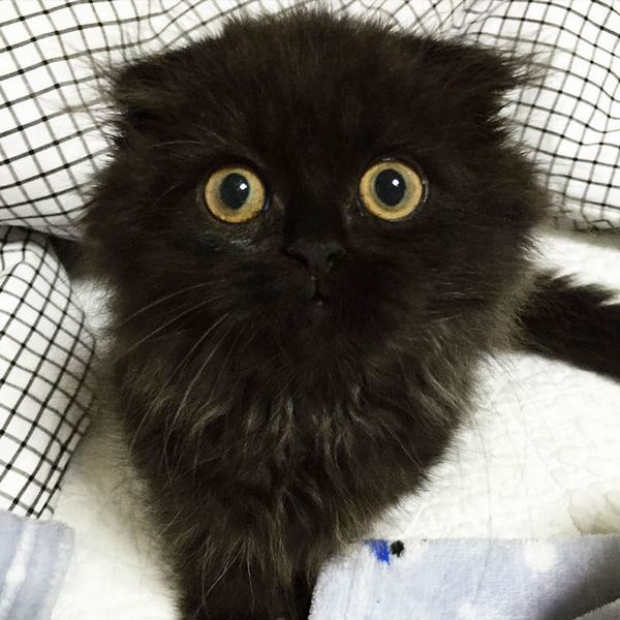 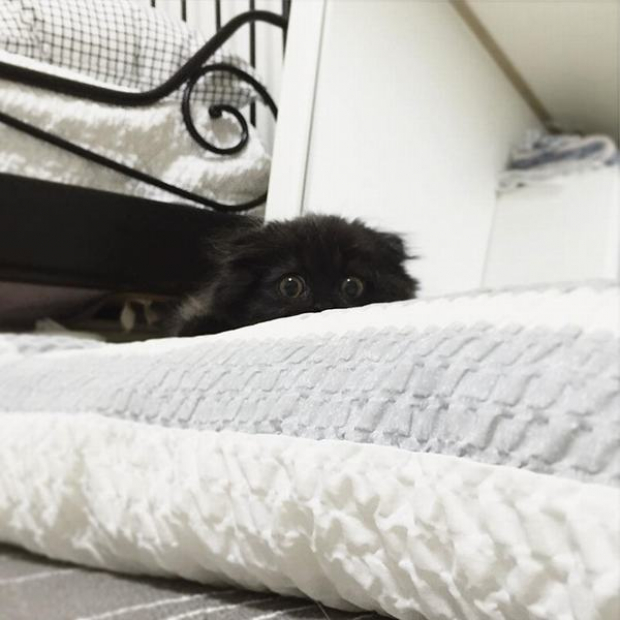 This is his anxious face 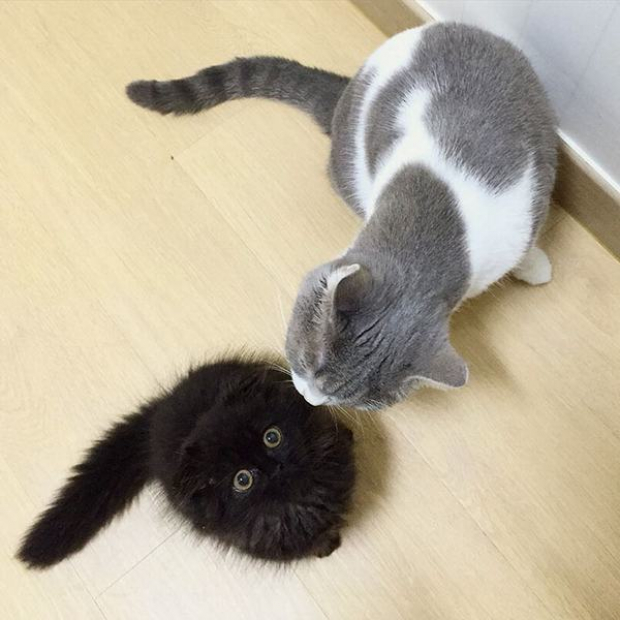 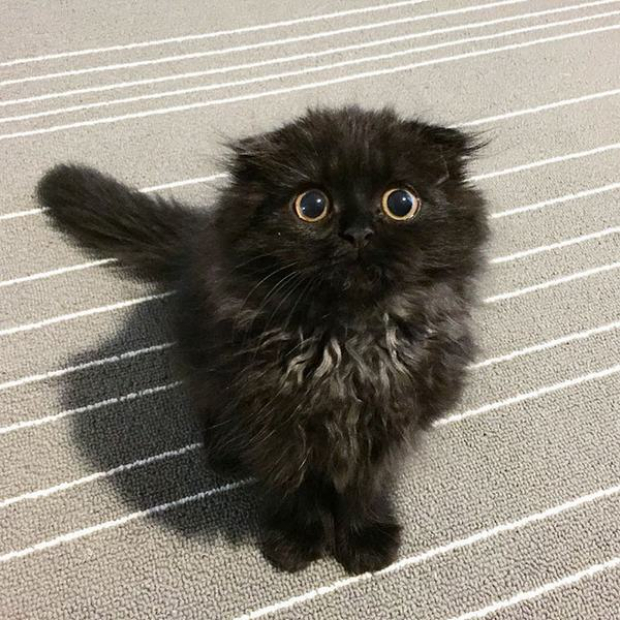 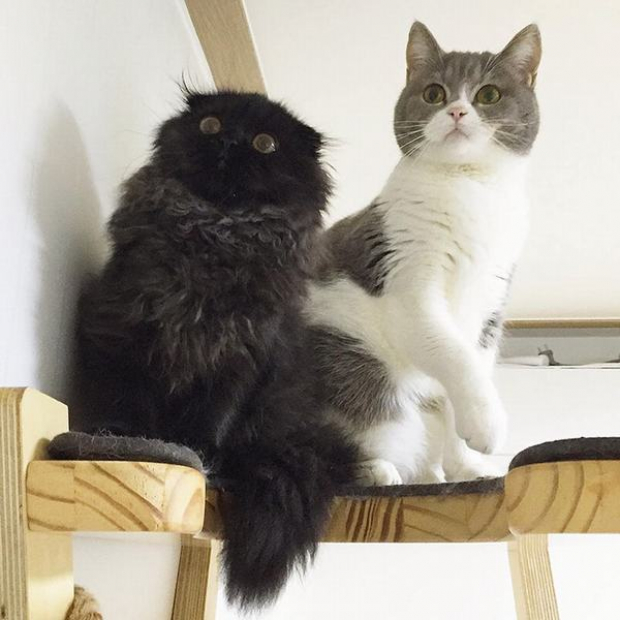 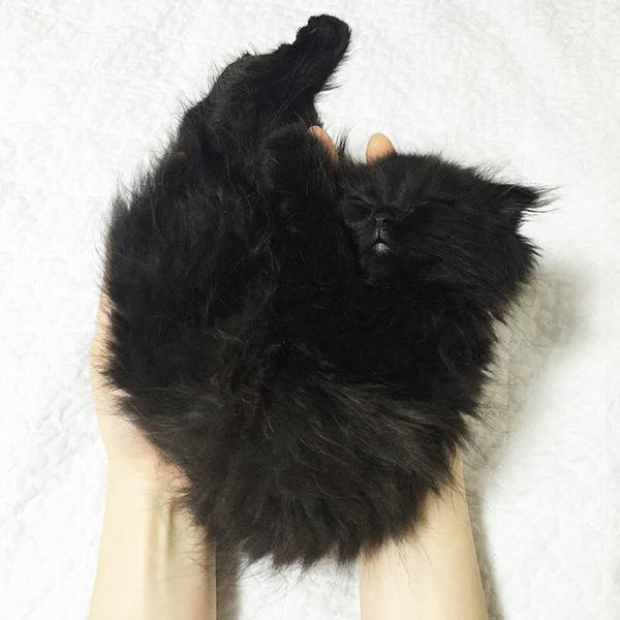 His favorite activity is snuggling up! 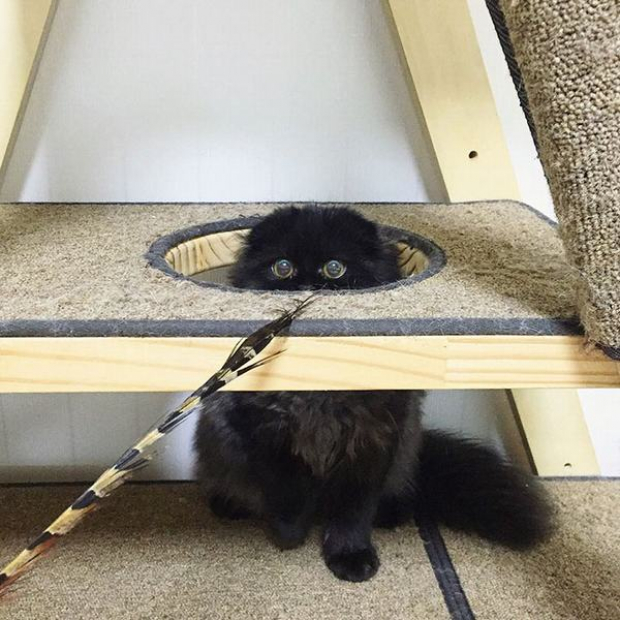 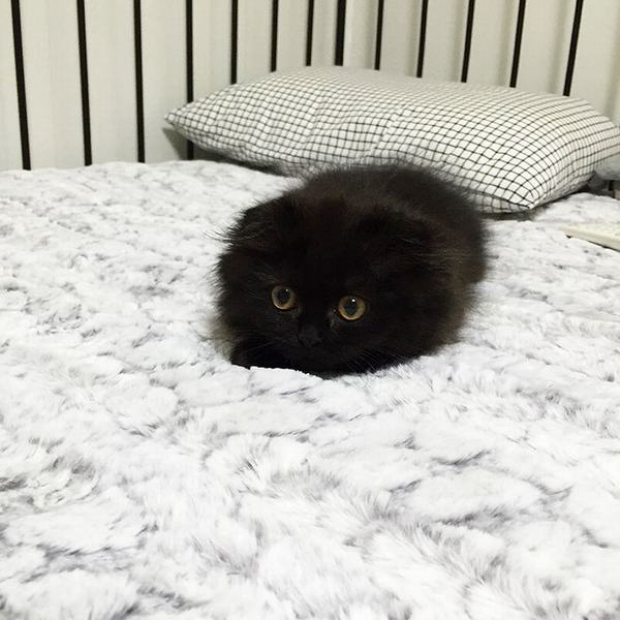 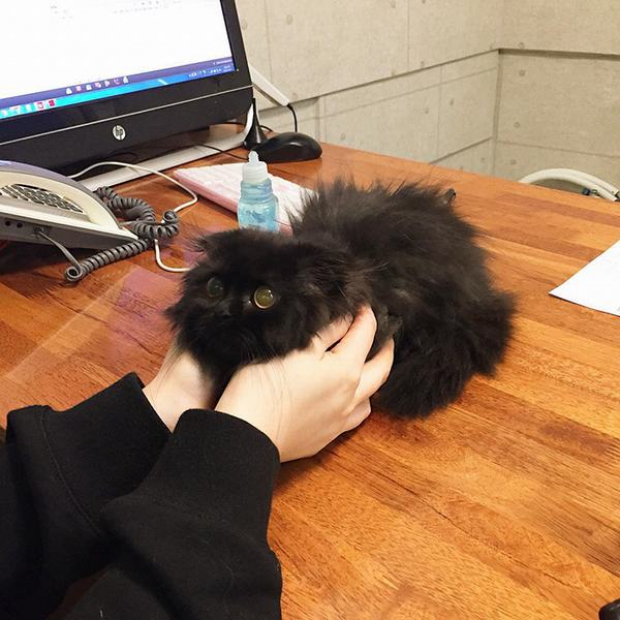 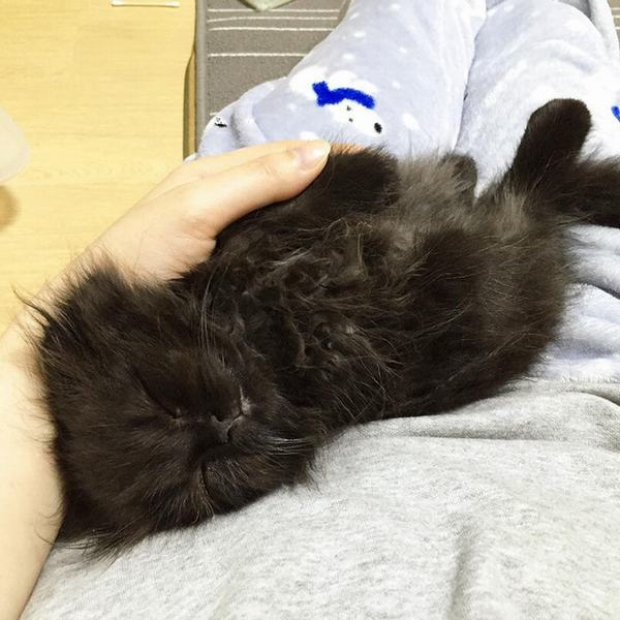 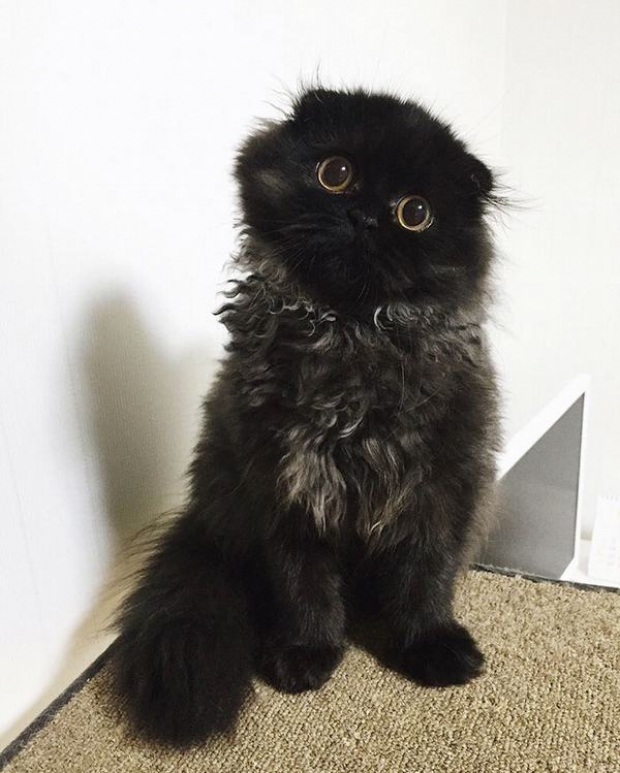 How could you say no to him when he tilts his head like that? 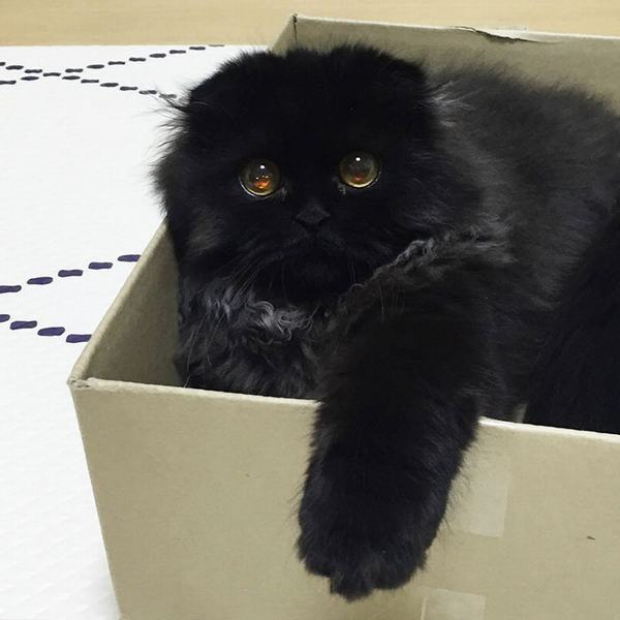 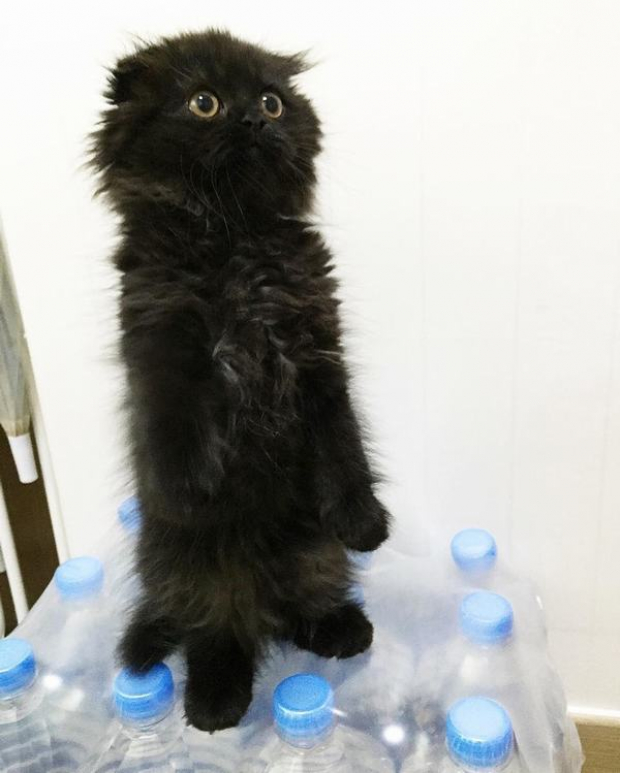